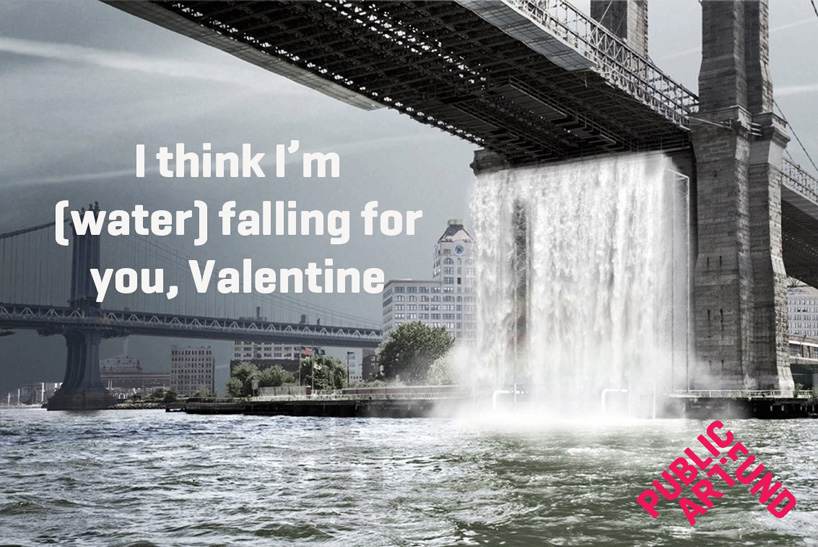 the public art fund has created a series of quirky valentines cards perfect for the urban art enthusiast. various projects that the non-profit organization has curated throughout the years are highlighted in each digital greeting and an accompanying written note references the artwork in clever and humorous ways. anish kapoor’s massive ‘sky mirror’ installed at rockefeller center in new york city reads ‘without you, my world is upside and convex’ while richard serra’s 1981 curved steel sculpture comes along with the message ‘you really tilt my arc, valentine!’. take a look below for the whole series of witty greetings — xoxo designboom! 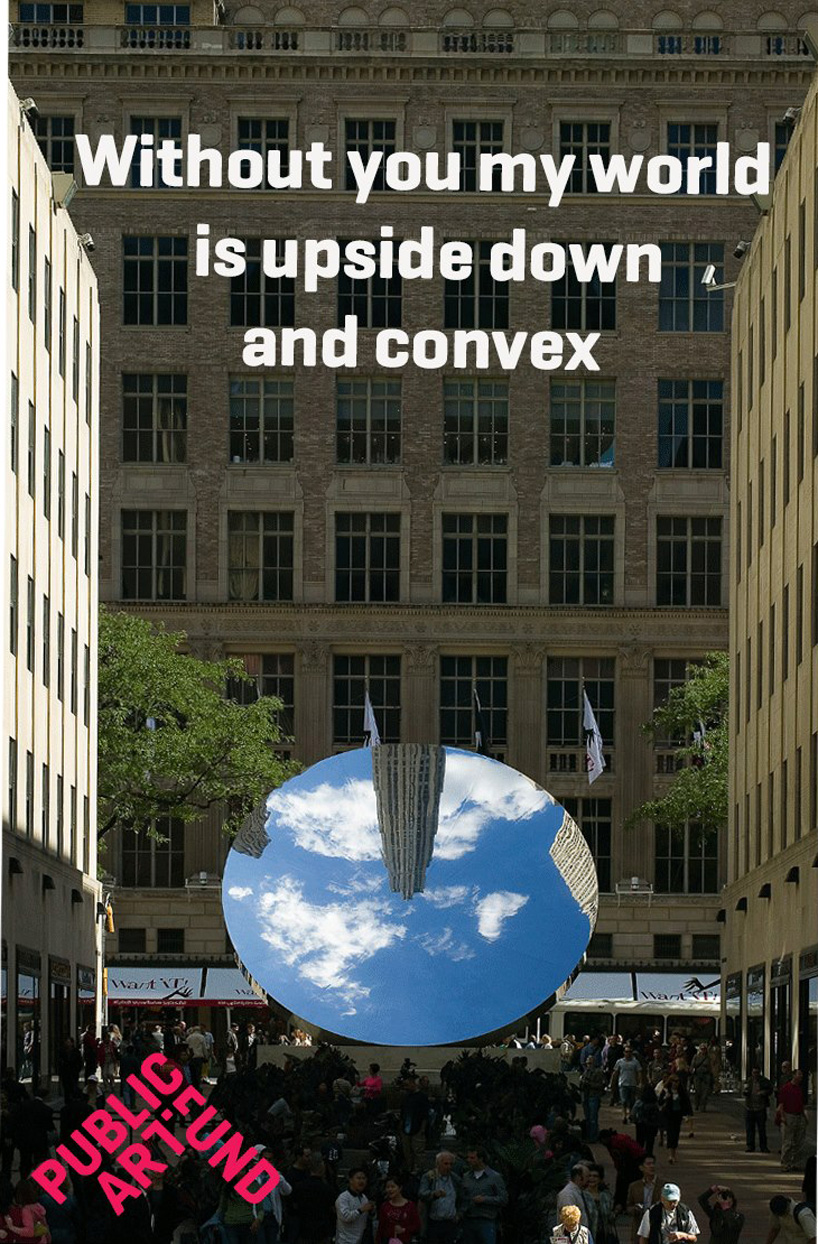 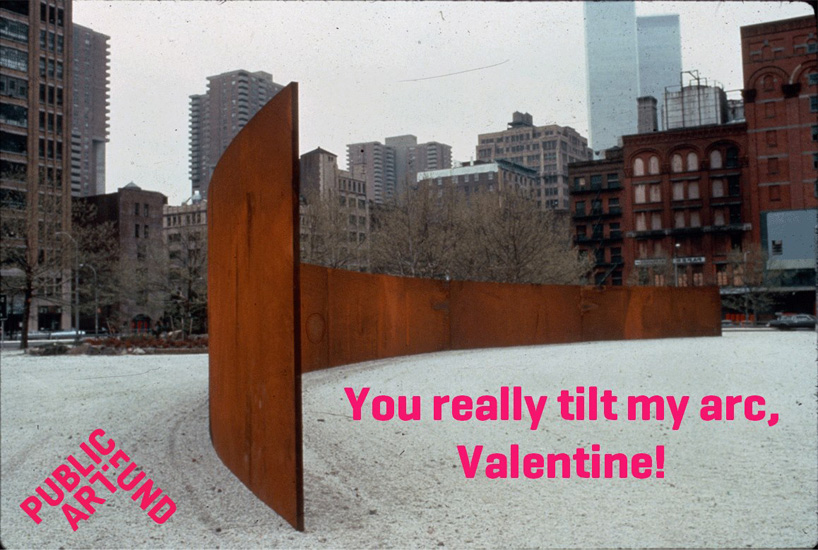 ’tilted arc’ by richard serra — installed in front of the jacob javits federal building in manhattan, new york city in 1981 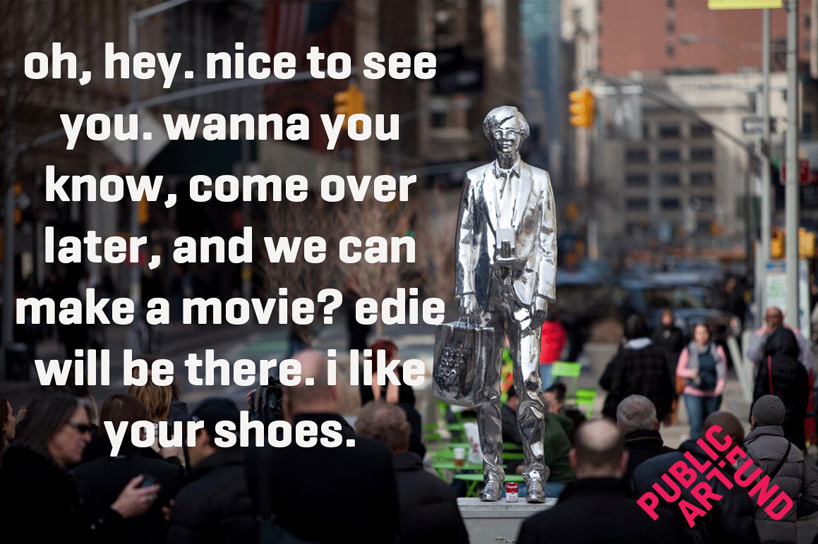 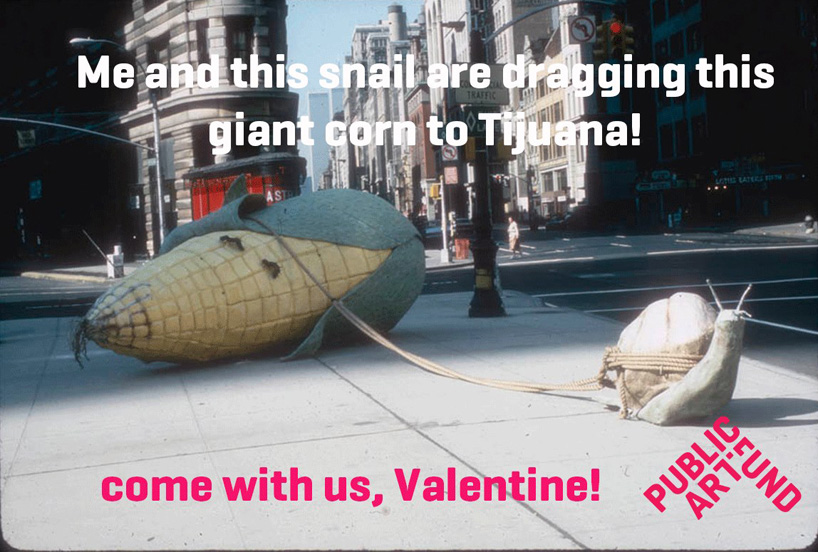 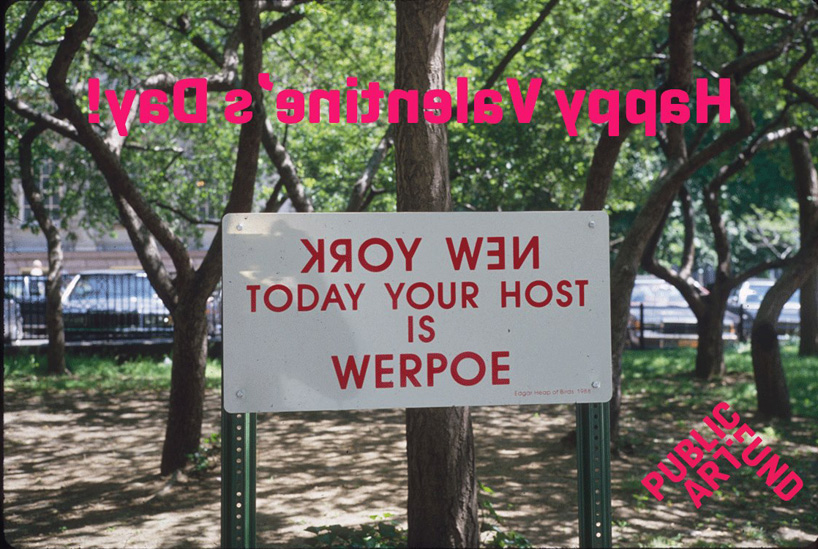 ‘native hosts’ by edgar heap-of-birds — one in a series of six white-and-red aluminum signs that bear a greeting, which announce a native american indian tribes 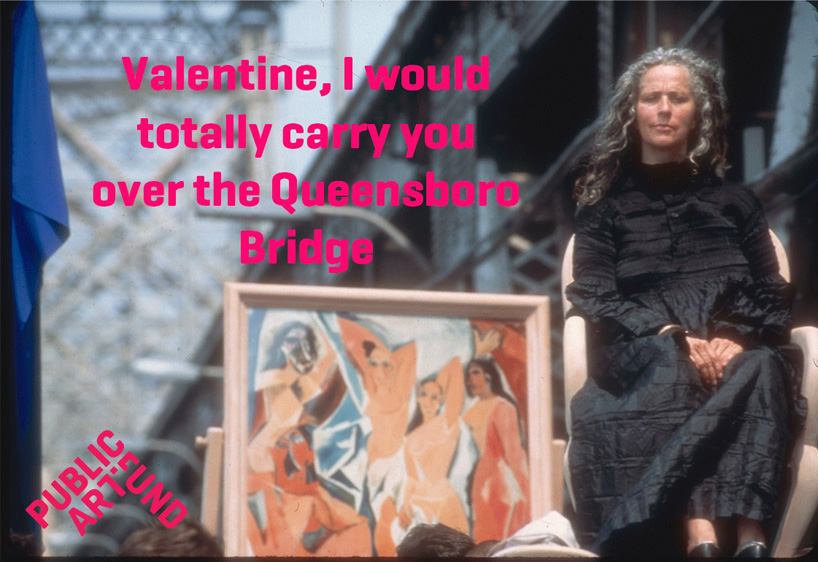 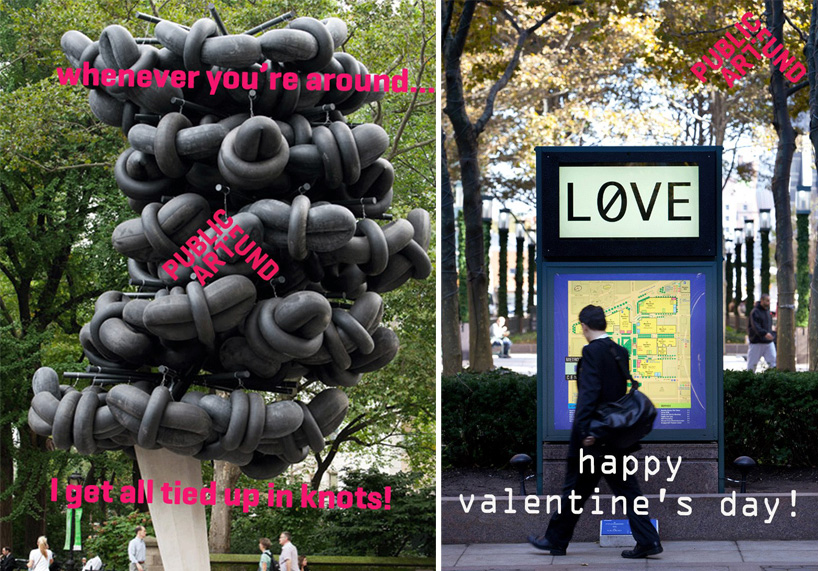 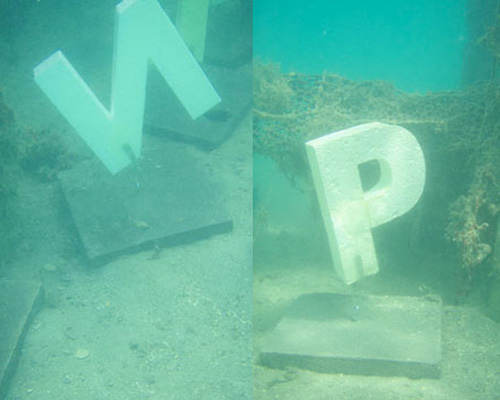 Oct 03, 2021
'stop a leaf from falling', an in vain try to prevent them from dropping to the ground