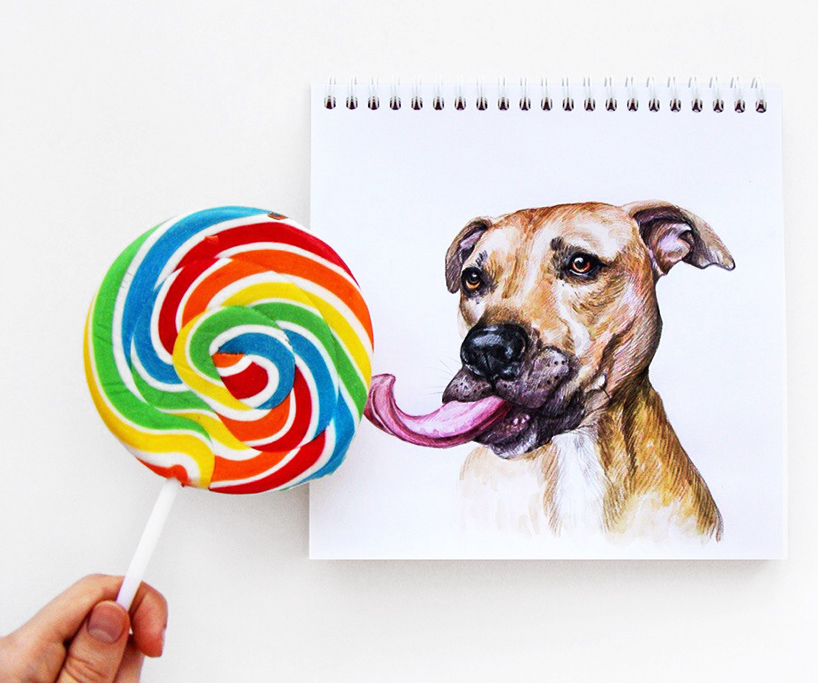 
illustration meets interaction for the series of drawings created by russian illustrator valerie susik. by looking at photos of dogs on instagram, susik has caricatured their image on a notepad, delineating their facial features and furry mugs. the colorful pet portraits don’t merely express a static expression however — each illustration playfully interacts with a human subject nearby. hands placed around the drawing pad merge with the flat pencil art on the page, connecting the person and pup in various scenarios and situations — one animal’s floppy ears are swung backwards by a hairdryer; chopsticks bring a treat closer to a corgi’s wide-open mouth; a french bulldog poses for a photo snapped by a nearby camera phone. take a look below to see the full series of interactive illustrations. 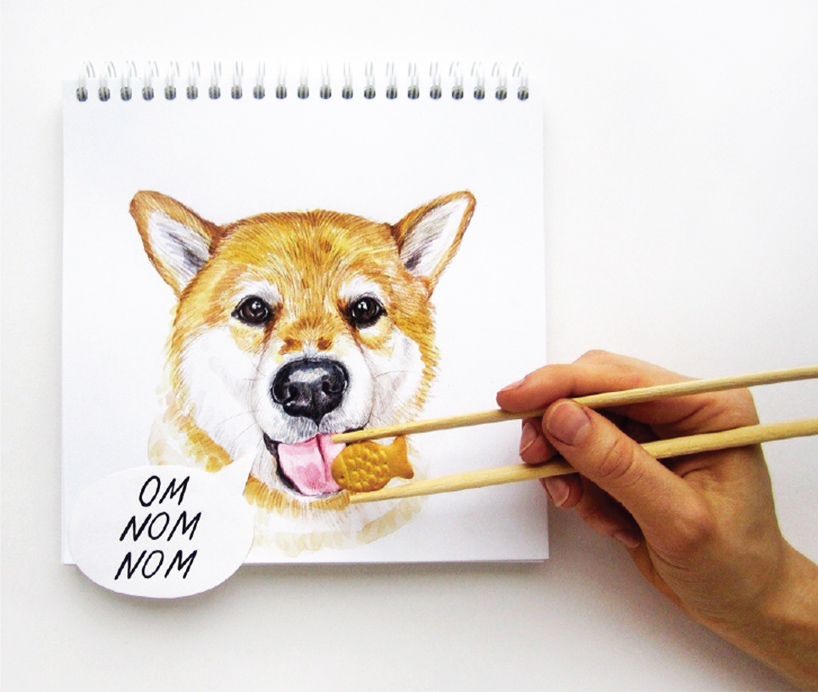 the corgi is fed a snack with chopsticks 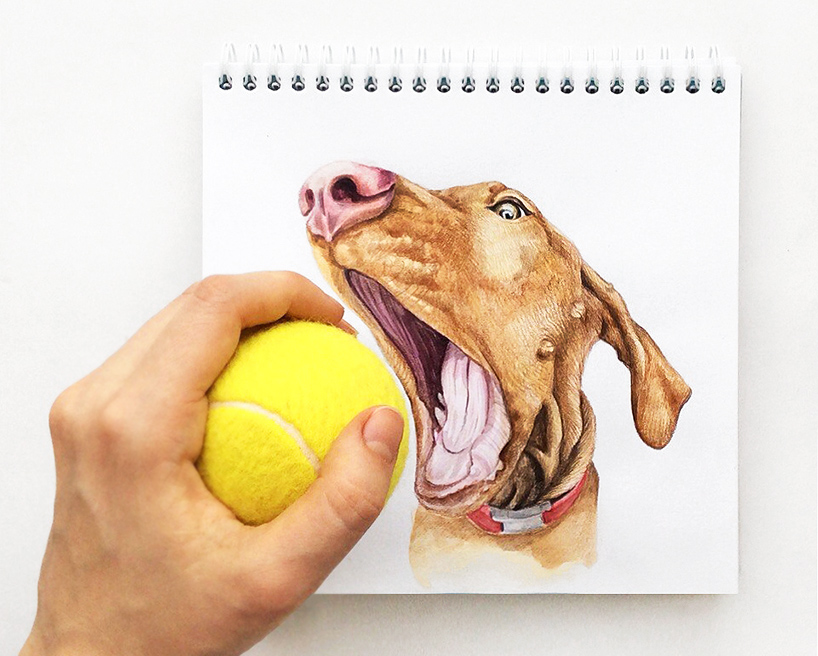 a dog opens his mouth waiting for a nearby tennis ball 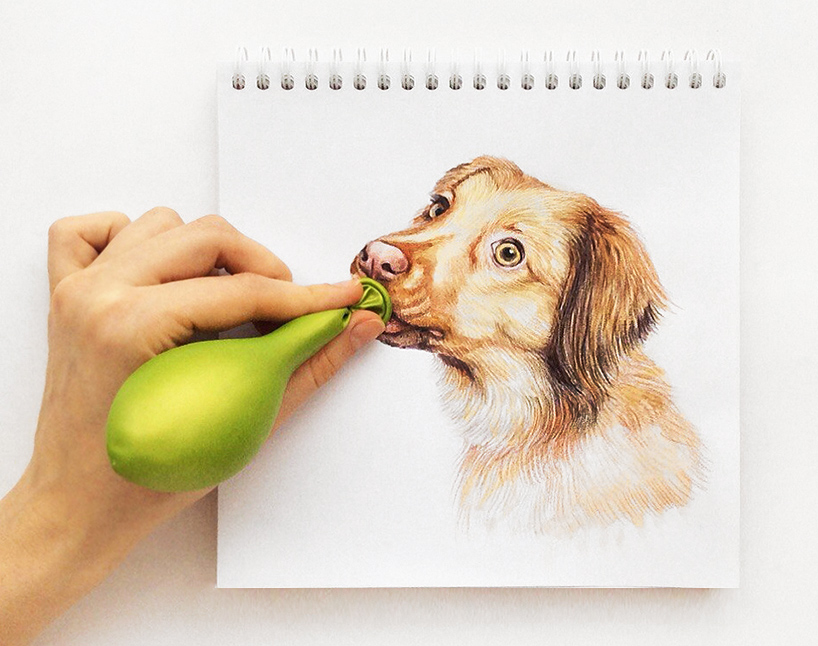 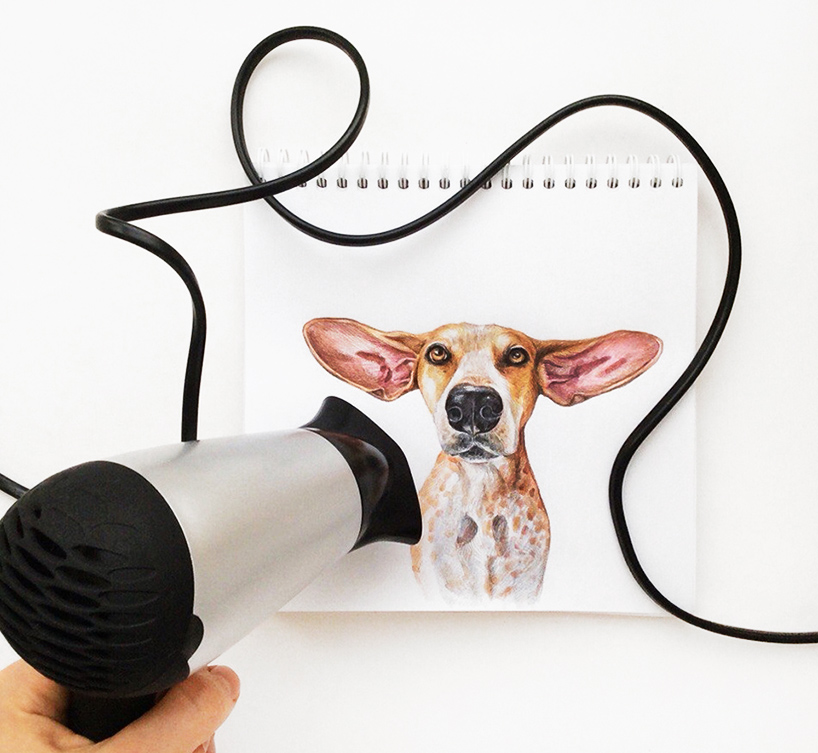 a hairdryer blows back the floppy ears of an illustrated dog 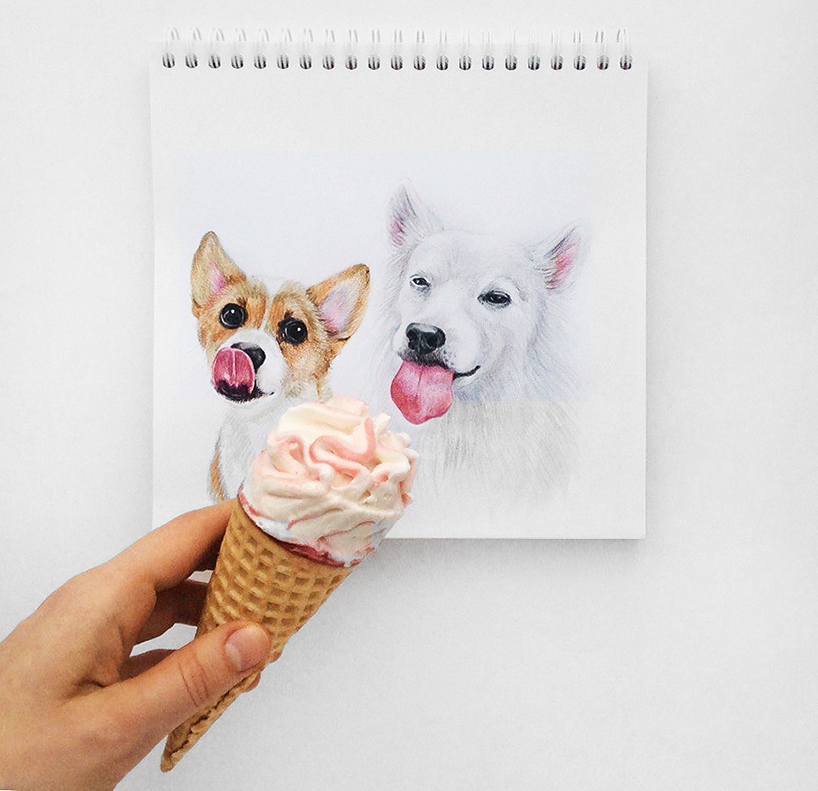 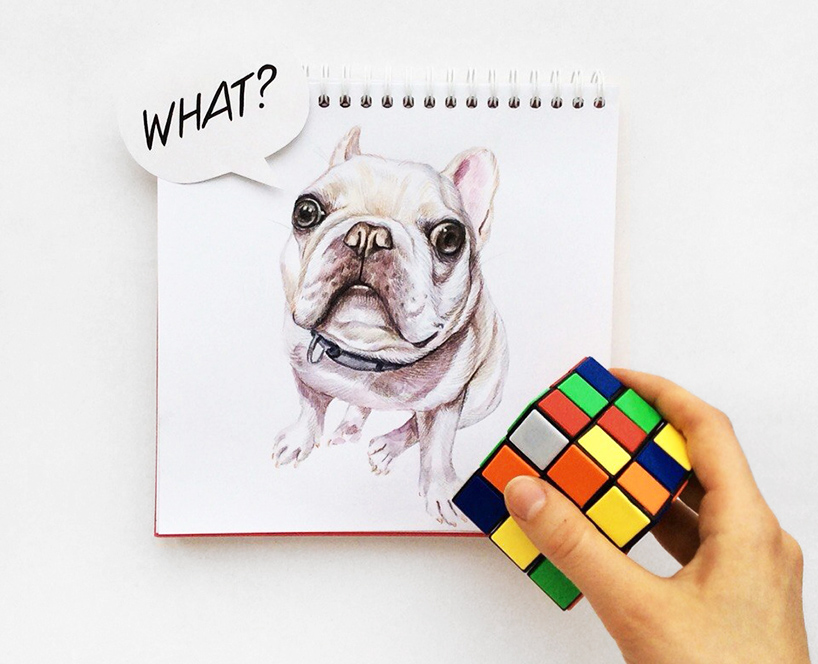 the french bulldog is puzzled by the rubik’s cube 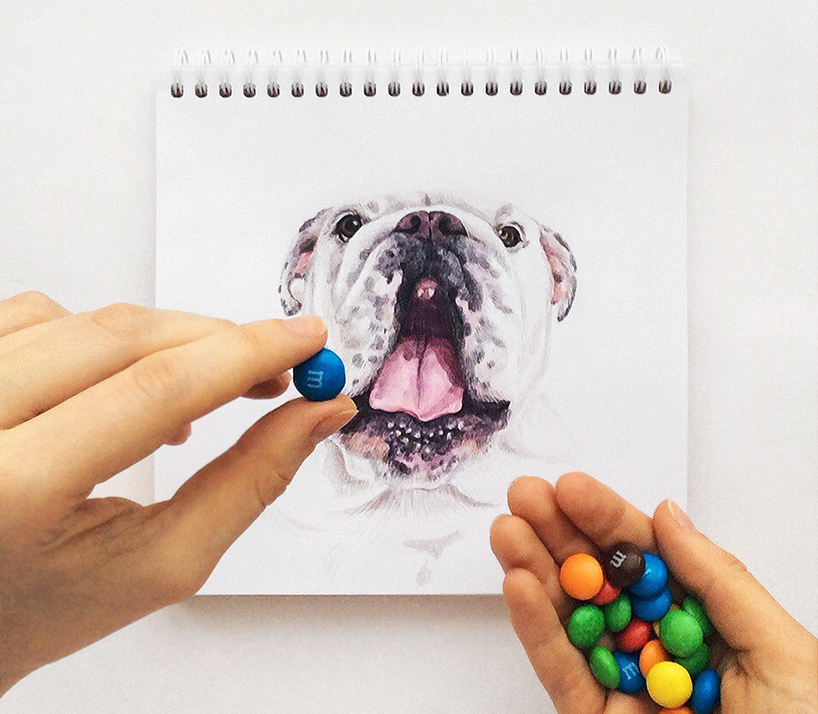 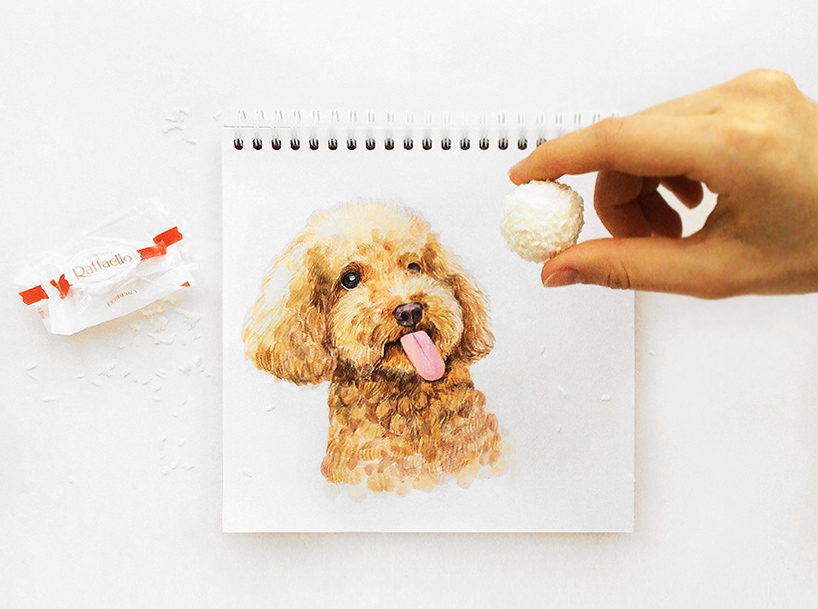 the poodle salivates at the site of a piece of candy 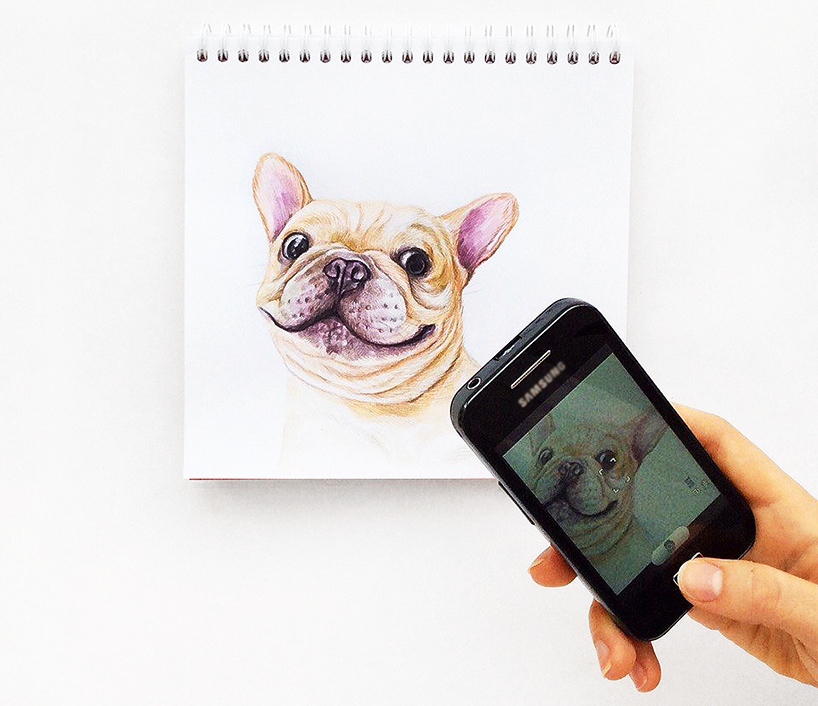 a french bulldog poses for a picture 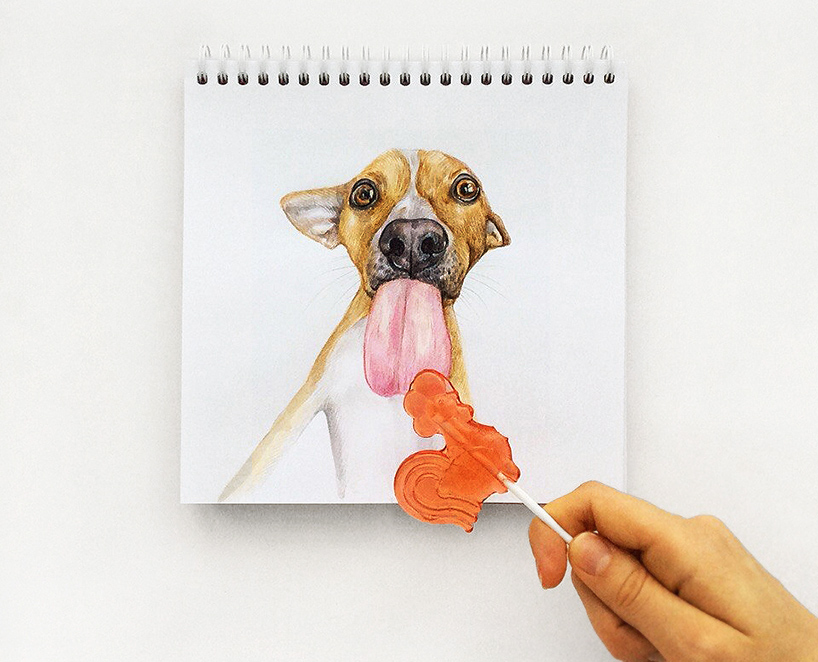 a long tongue reaches out for a lick of a lollipop 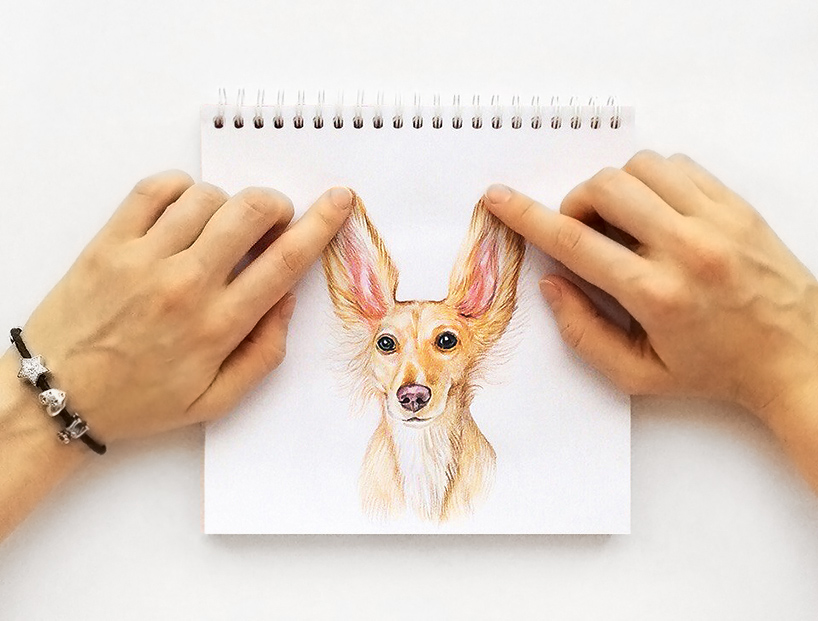 Aug 31, 2021
vegan leather dog collars by KOSTON are for urban pets with style 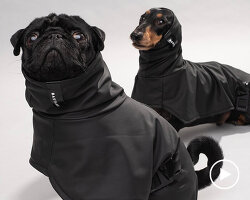 Jul 13, 2021
bastards is an interchangeable dog wear brand made in the most technological way possible