within the existing lines of a basketball court in the city of aalst, belgium, muralist katrien vanderlinden has created a captivating, geometric composition. with 137 liters of paint, the existing court comes alive with exciting bright colors and strong geometric shapes.  the artist worked alongside the youth department of the council of aalst, describing the project as a ‘colorful facelift.‘ this reinvigoration of an existing urban element, located between a grammar school and relief center for minor refugees, will become a space where people can gather and children can play with new life and energy. 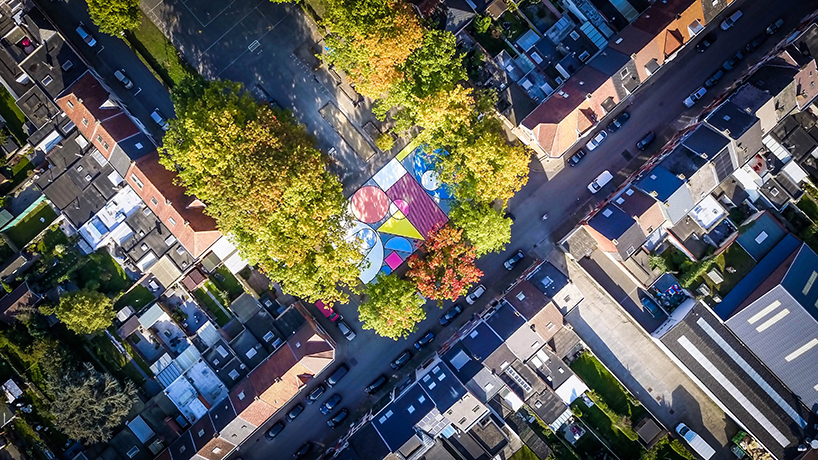 vanderlinden paints over an existing basketball court, using the court as her canvas
all images courtesy of katrien vanderlinden

‘I had to work within the rectangle of the court, that was the natural canvas and I also wanted to maintain the lines of the basket game,’ describes vanderlinden.  ‘I like the fact that you can play the basketball game and that this design creates extra spaces for children to make up their own games. the colors are an ode to the memphis style, back in the 80s, when basketball and hip hop was booming.’ without a large monetary investment, the city was able to produce a high-quality creative, regeneration project —  following a current trend in urban basketball court decoration around the world. the project sites examples like paris’ pagalle court and KAW x NIKE, stanton street court in new york city as inspiration. 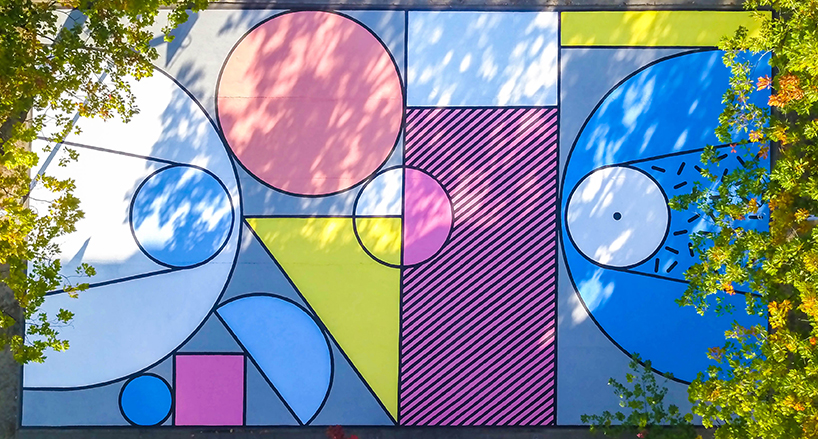 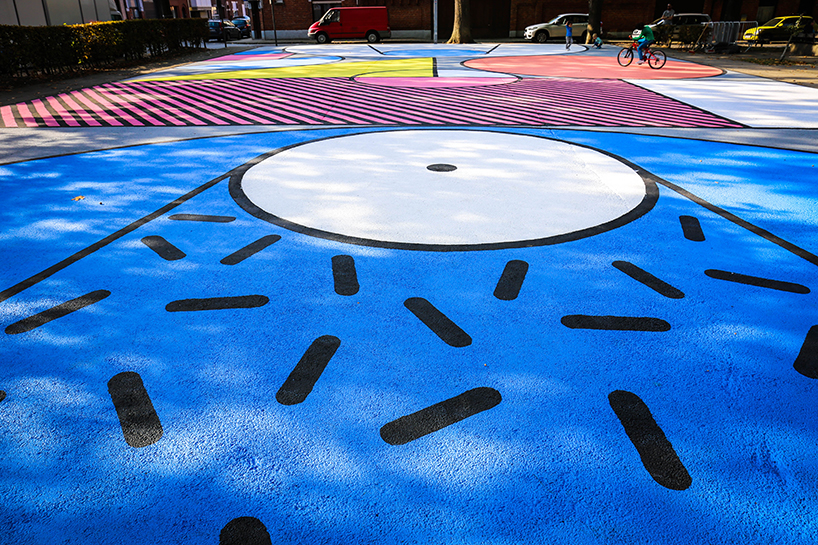 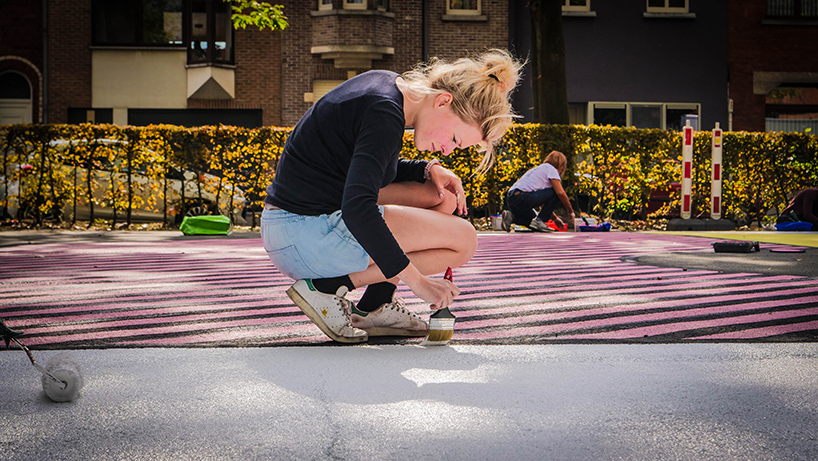 the site sits between a grammar school and youth refugee center 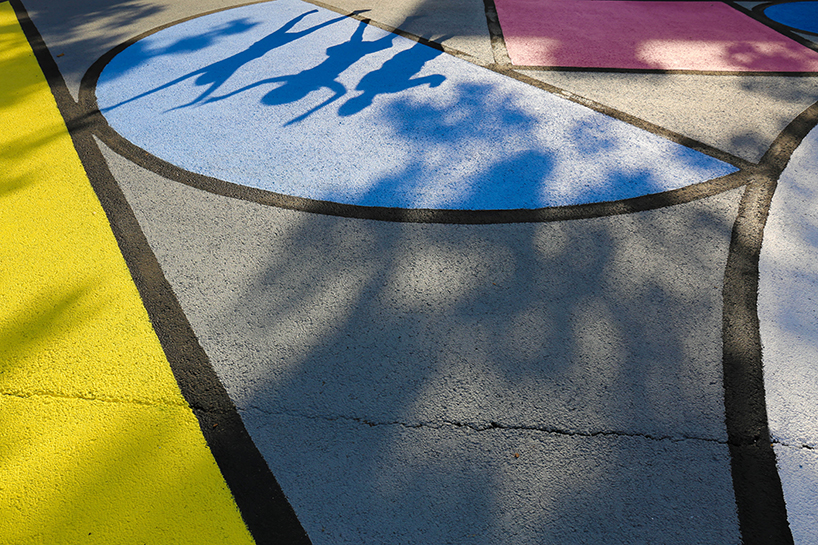 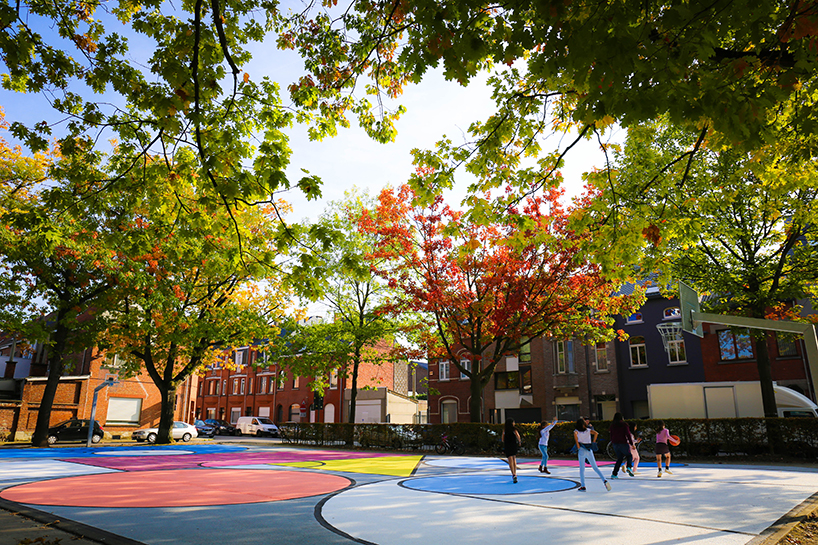 the court’s design reflects the energy of the sport 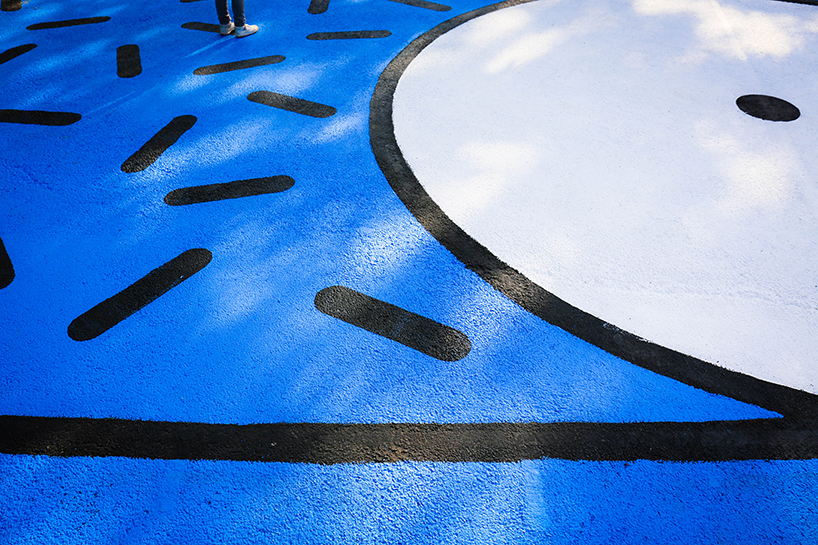 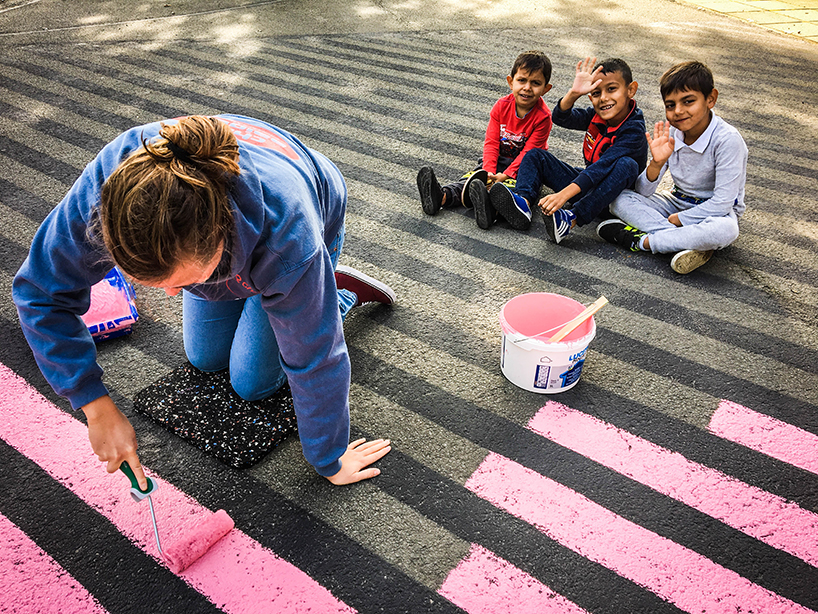 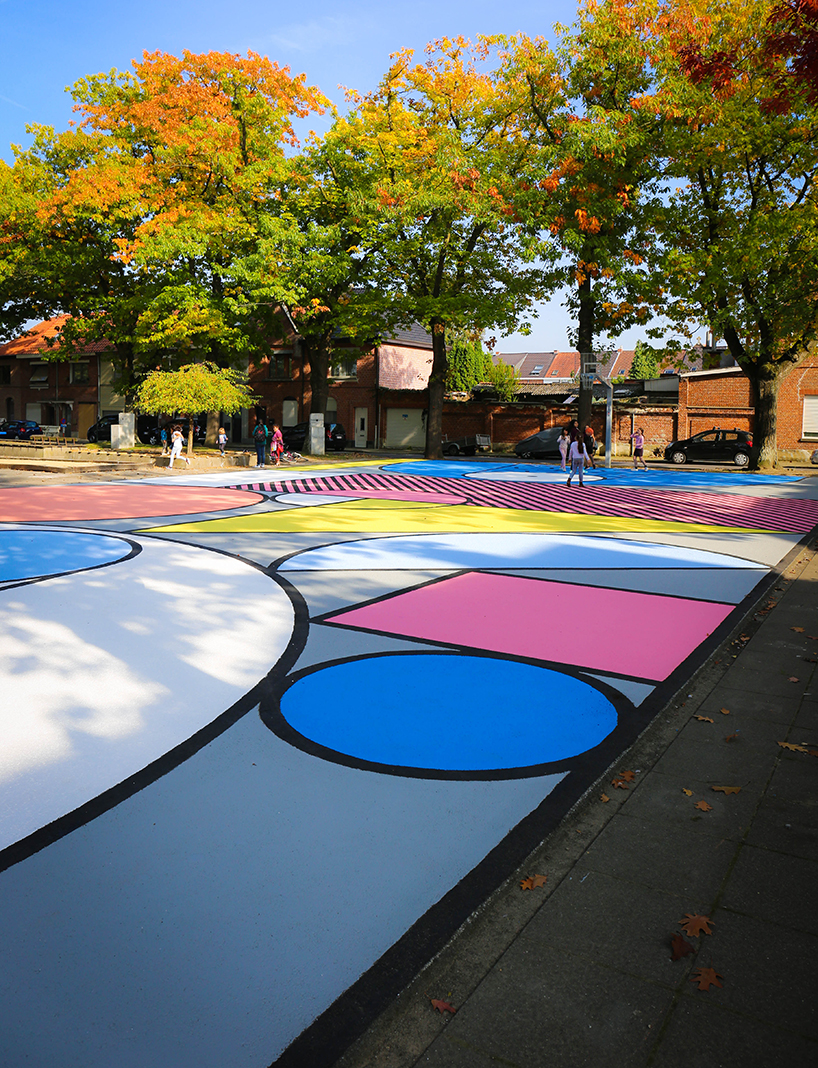 vanderlinden added a touch of the 80’s, memphis style 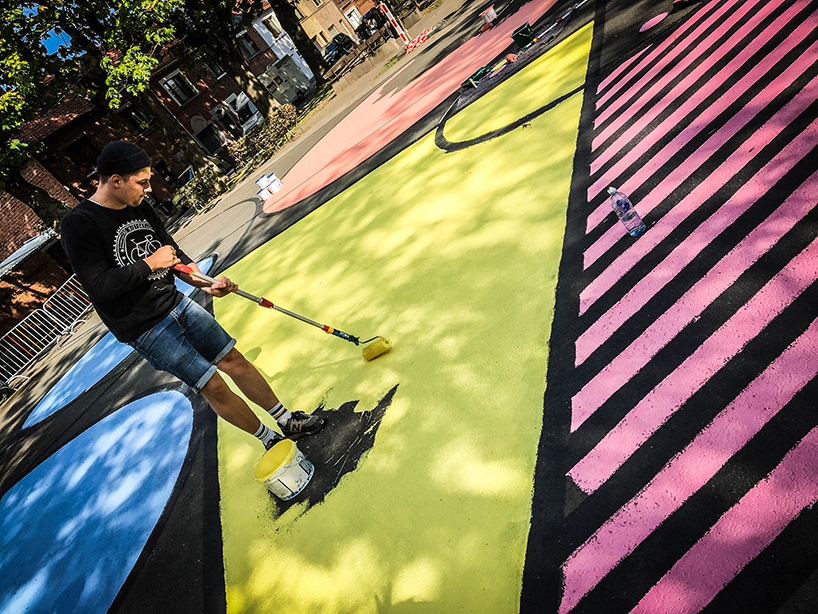 the design was commissioned by the city of aalst, in belgium 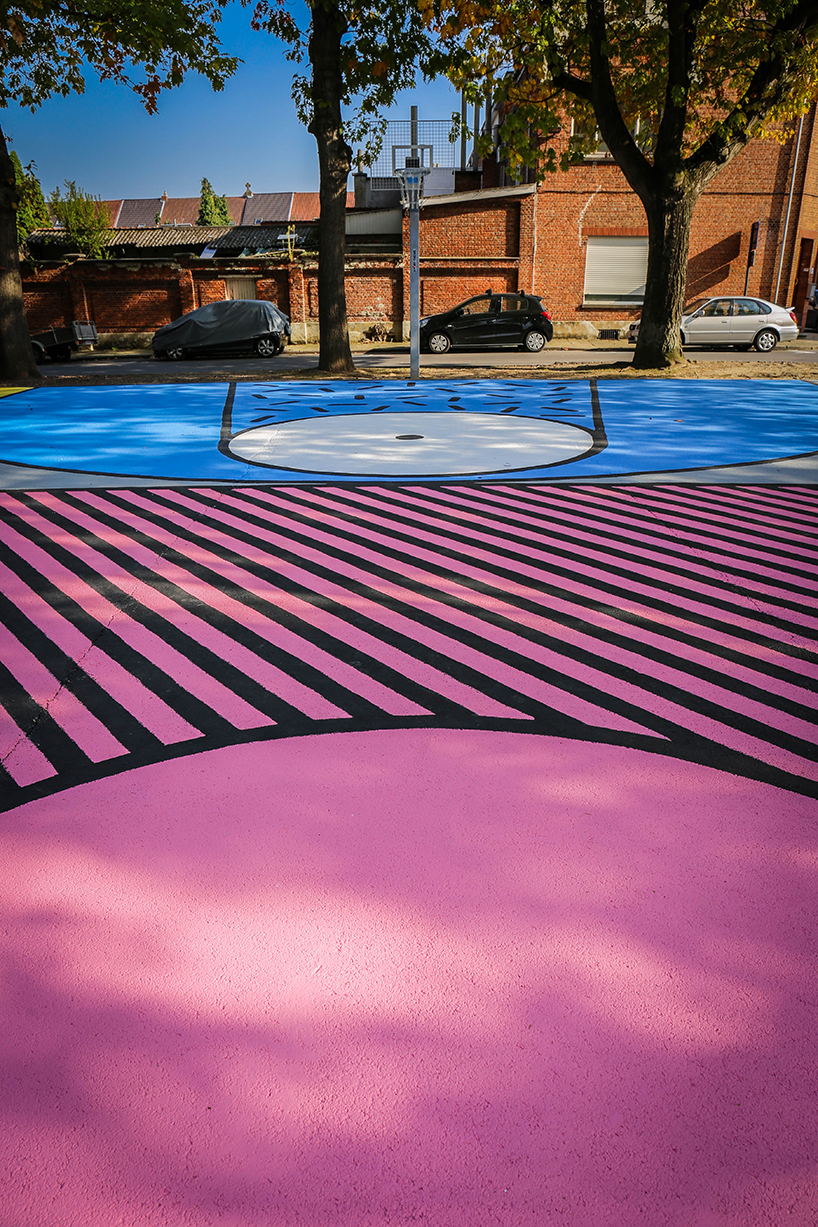 street art has been able to revive whole city districts, the project hopes to bring a new energy to area 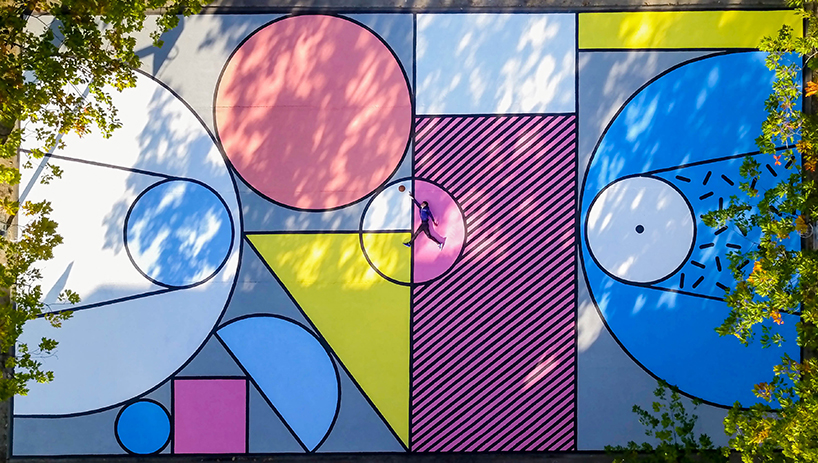 the project emphasizes the importance of the youth, sport, and culture