visual artist and adrenalin junkie vedi djokich visually expresses his complex art pieces while freefalling at speeds of 160mph in under a minute. while skydiving, one set of images would be shown, then a second set of images would be released, covering them up and finally everything would be deleted by releasing paint onto all of the images. as with every skydive art project, there are a number of obstacles to overcome: the technical screen printing difficulties of working with very thin and unforgivable fabrics and clearly capturing images in freefall at increasingly high speeds. 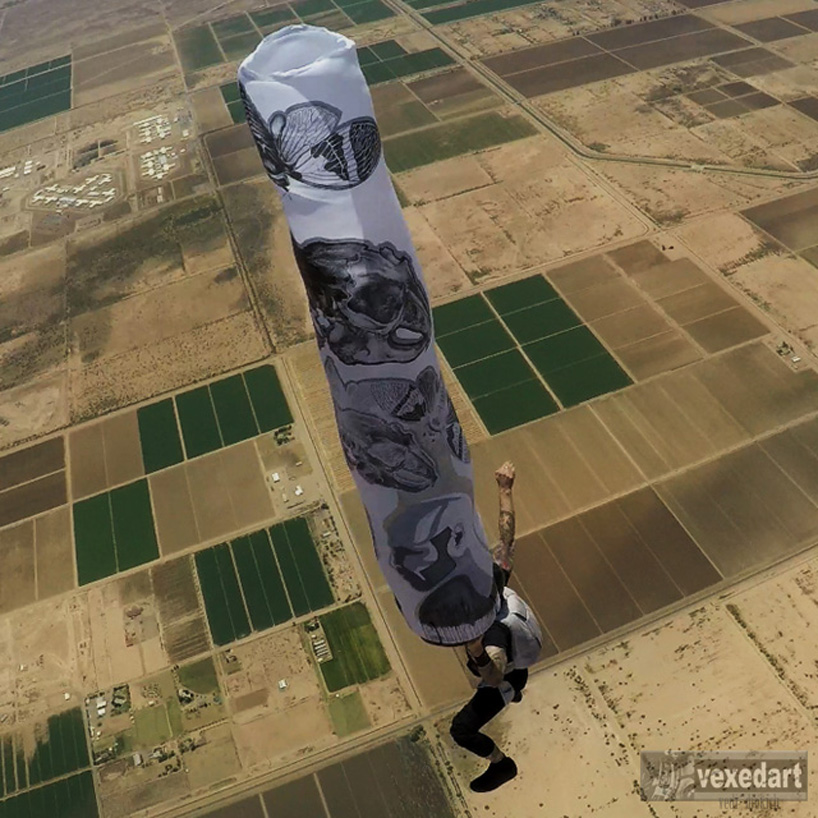 vedi djokich flies his art work at 160mph during the filming of ‘changing thoughts’, the third skydive art and freefall painting project
all images © sara curtis

in addition to overcoming physical obstacles, djokich faced several technical challenges as well. creating a release system to contain the second tube holding the art banner until it was meant to be deployed and devising a way to keep the paint secure and easily dispensable with the pull of a single handle. a great deal of time was spent fabricating these systems from scratch, test jumping them, and reworking their designs. according to djokich, these projects take months to complete, from their conception and refined drawings, to screen printing on fabric and sewing and finally to skydive and film the whole process. 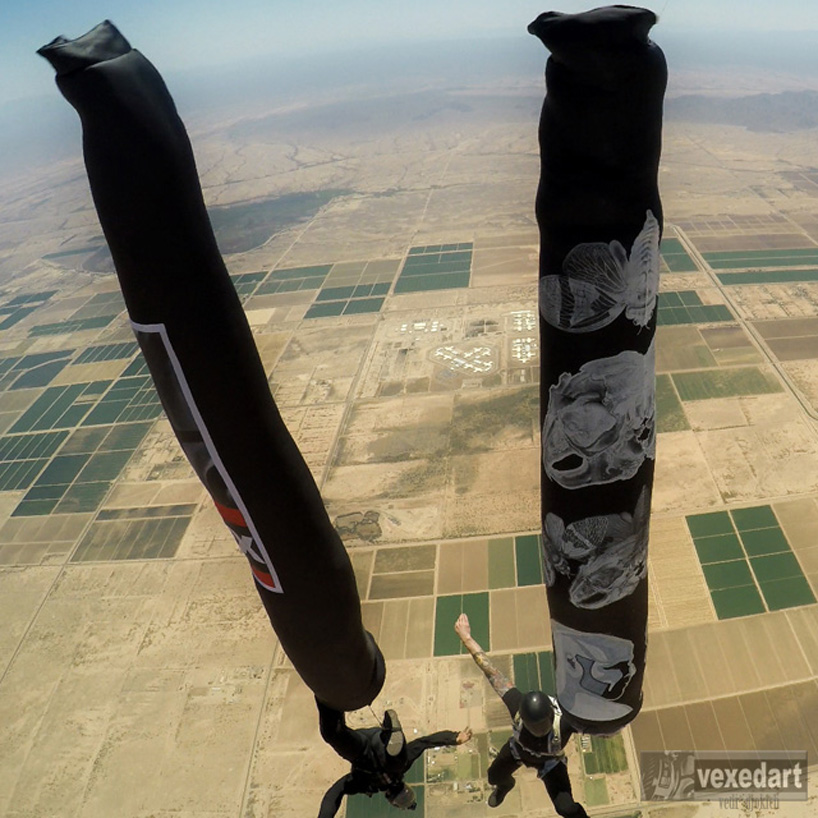 ‘the process of creating something, displaying it for a short period of time, and destroying it afterwards, reminds me of sand mandalas.’ explains the artist. ‘buddhist monks create these elaborately designed mandalas in sand which are later destroyed during a dissolution ceremony.it is a celebration of the creative and destructive forces of life.  embracing the creative journey and accepting that it can not last.’ 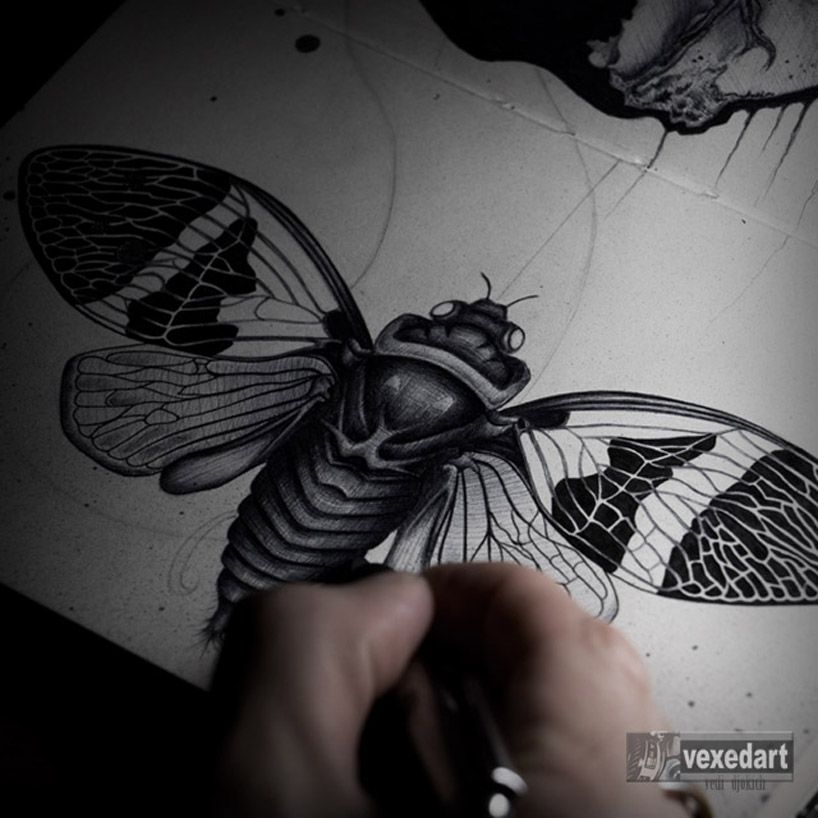 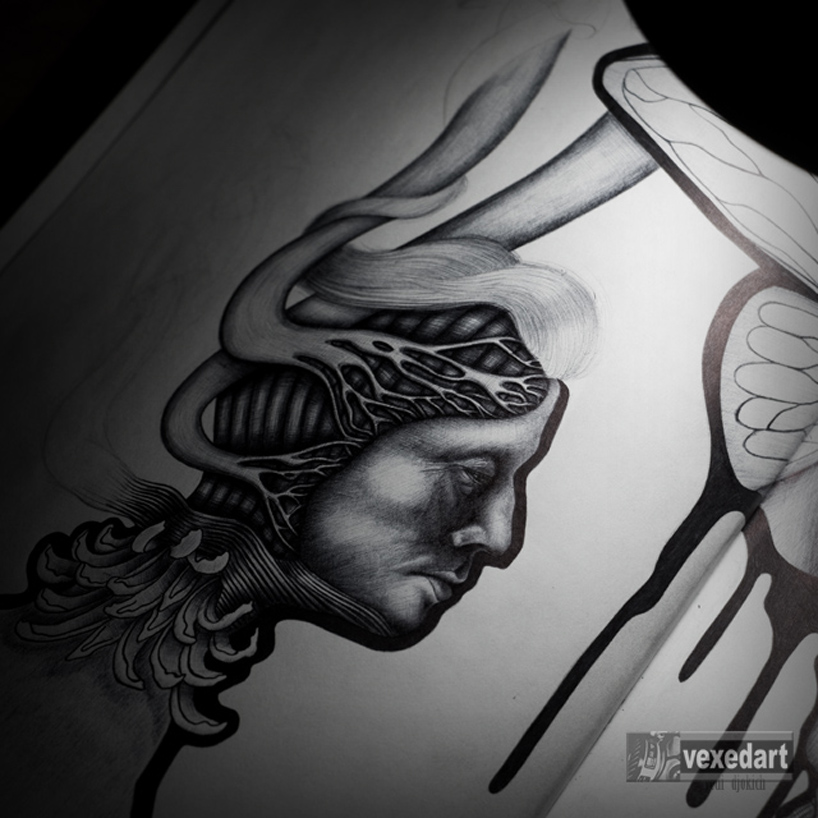 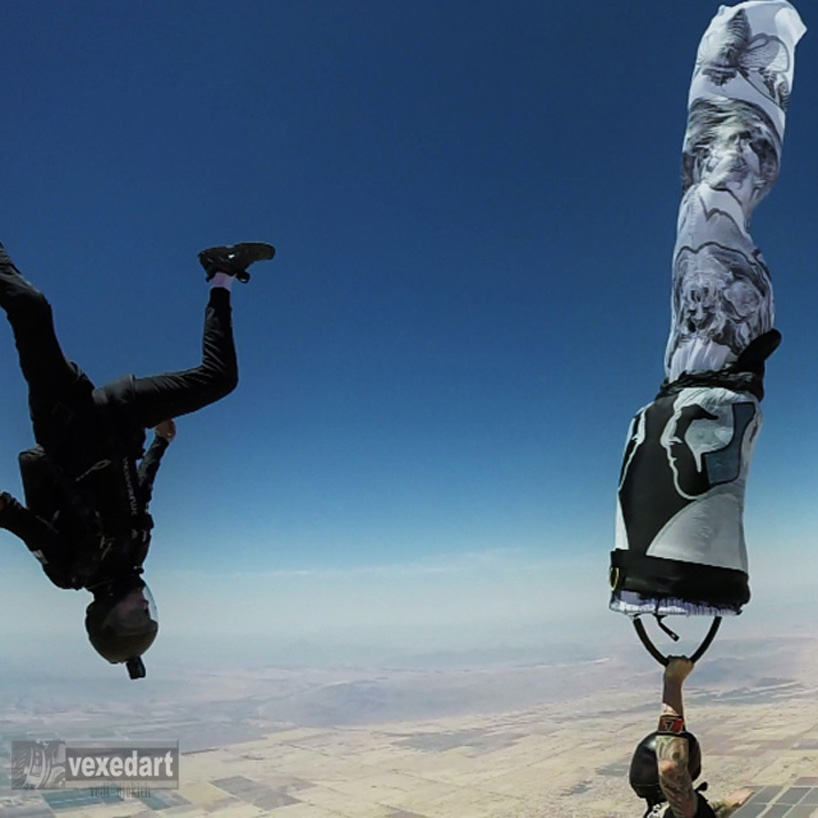 still image of the tube transformation, changing from black to white, positive to negative imagery 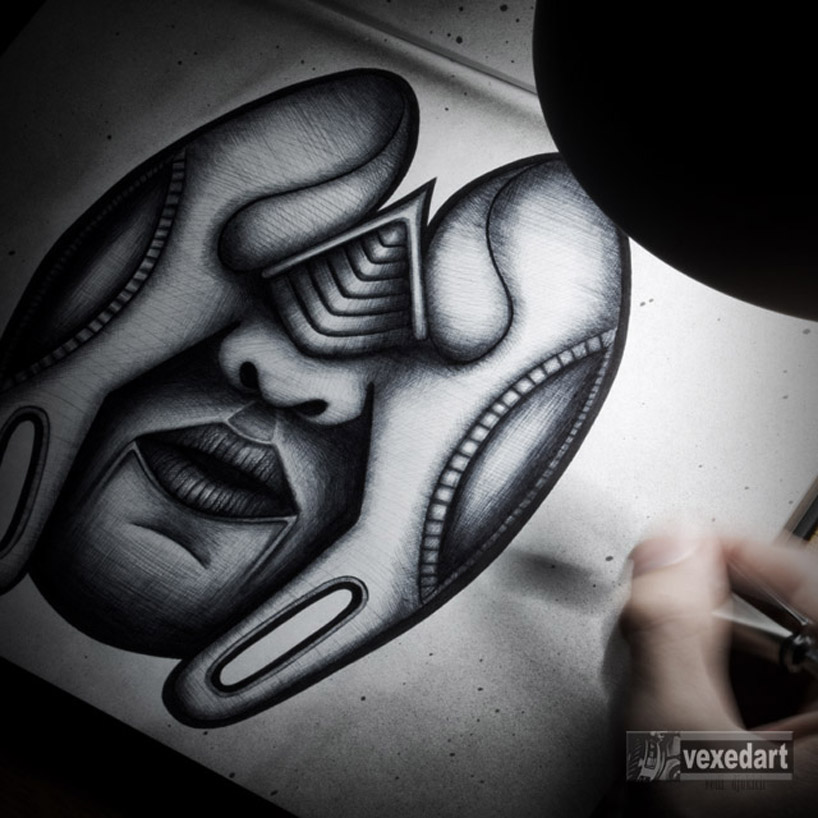 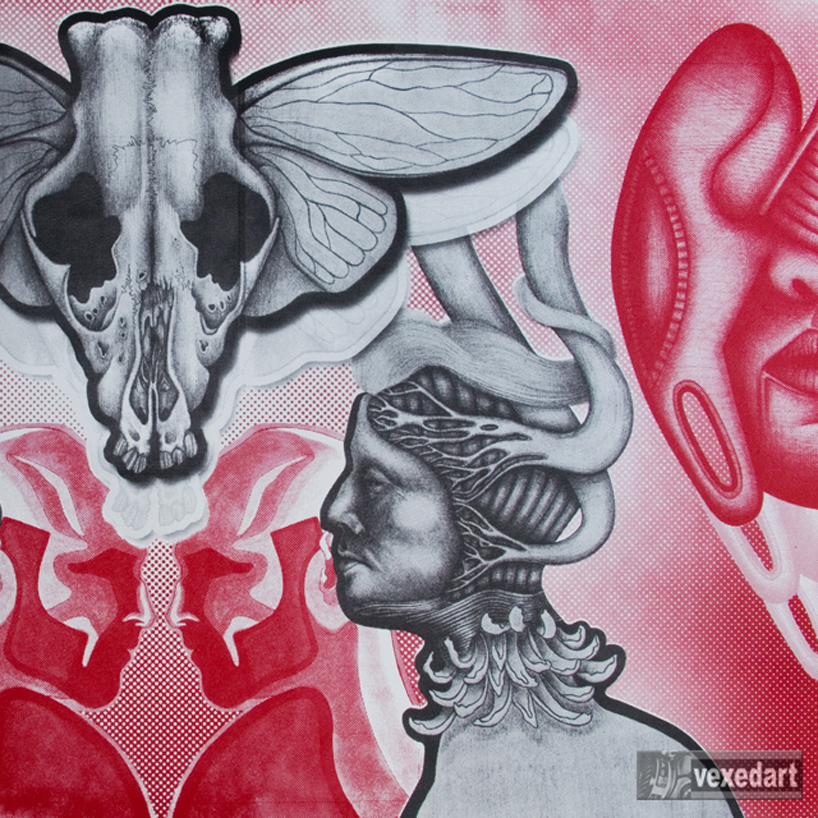 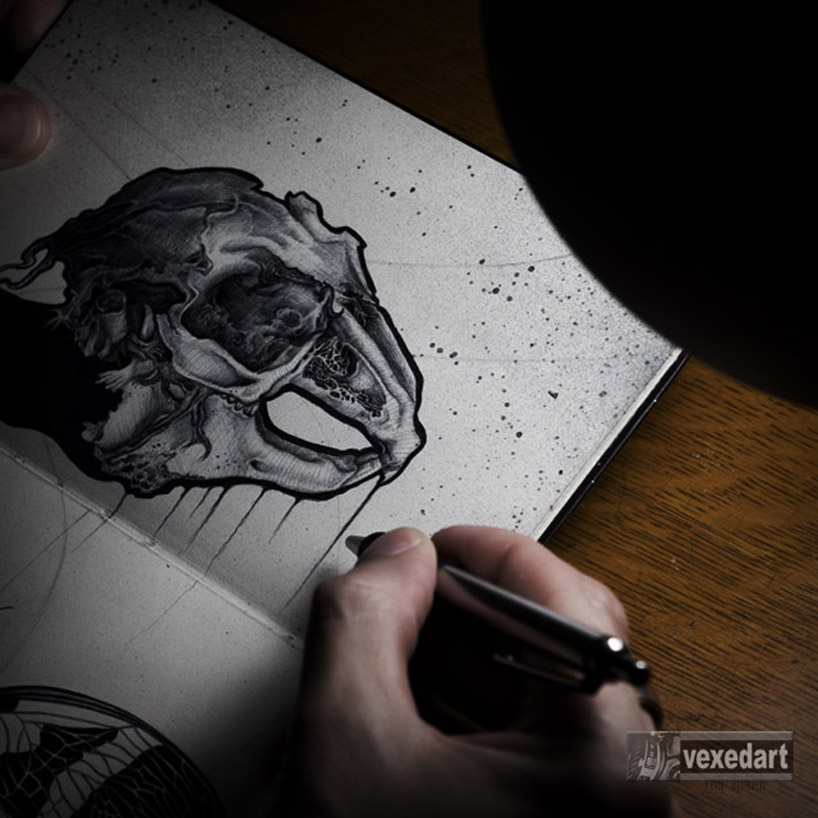 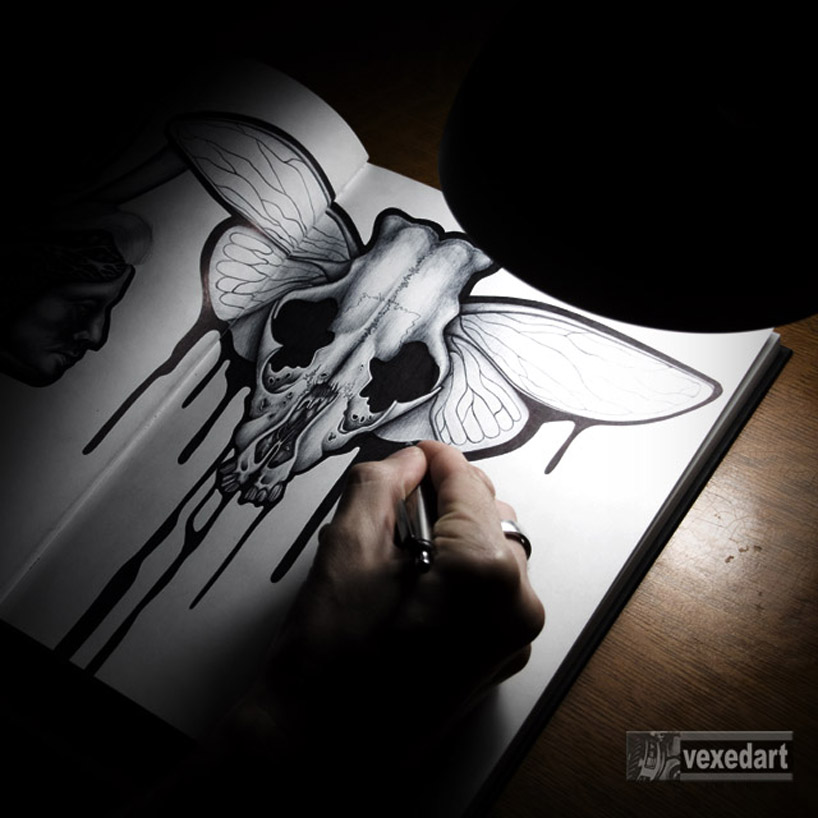