a large-scale site-specific installation by jacob hashimoto takes over the rooms of the fondazione querini stampalia during the 2013 venice art biennale from may 29th to september 1st.

‘gas giant’, which we first saw at rhona hoffman gallery in chicago (see designboom’s coverage of its debut here), is a composition of 10,000 bamboo paper kites which have been made and hand-painted by the new york-based artist. the stylistic elements bring about a sense of nostalgia for hashimoto, reminding him of his childhood–drawing on connection to nature, rather than a direct relationship to his japanese origins. individually, the small paper and wood components are visually light, but when collectively arranged to form the larger work, they create thick, colorful clouds depicting geometric patterns and nature motifs of water and plants, conveying a particular movement that is both temporal and rhythmic. the delicacy of the applied materials immerse the visitor in a moment of stillness, while at the same time expressing a more grandiose feel because of the expansiveness of the installation itself.

‘gas giant’ has been curated by marco meneguzzo and organized by studio la città – verona and is accompanied by hashimoto’s first monograph, published by marsilio editori and edited by curator luca massimo barbero. 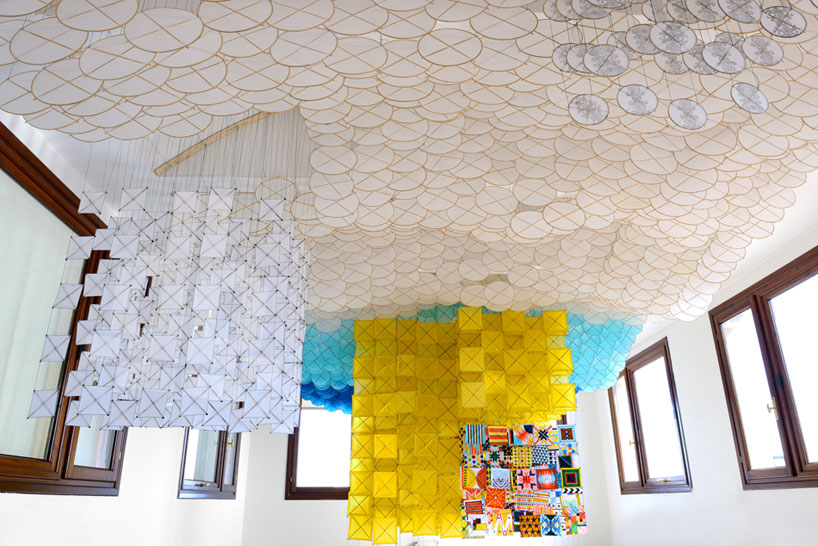 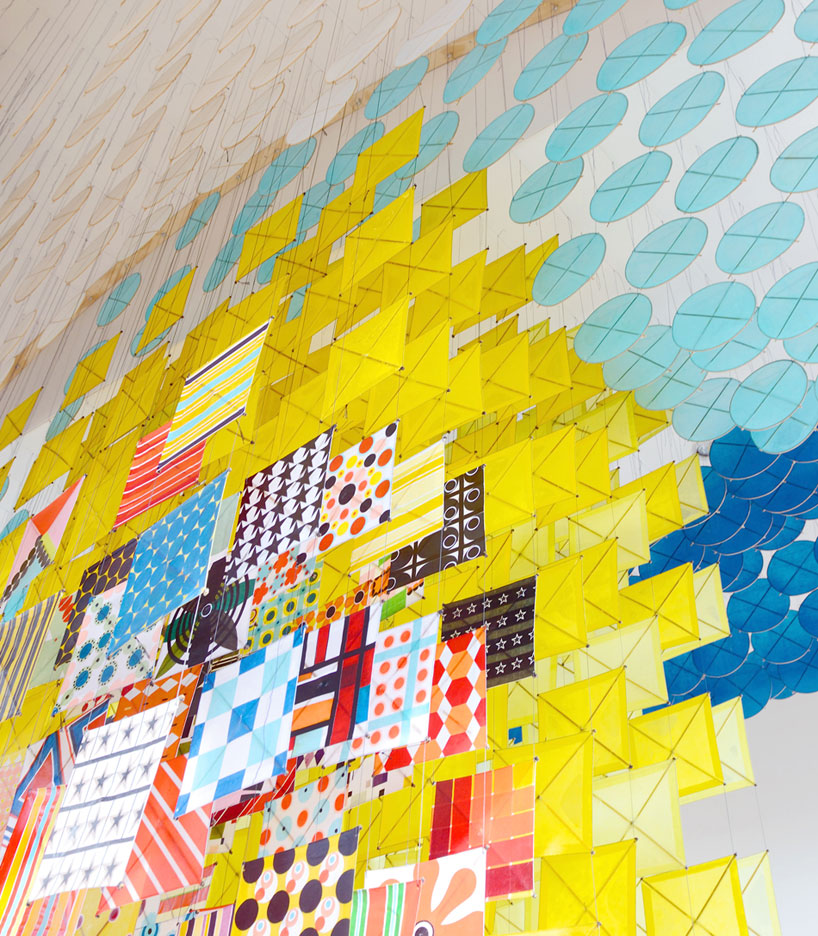 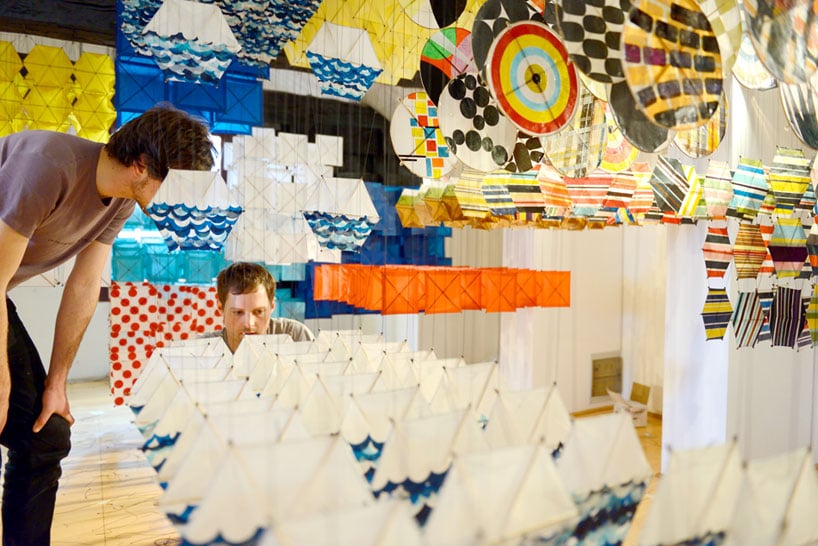 installation of ‘gas giant’ in progress 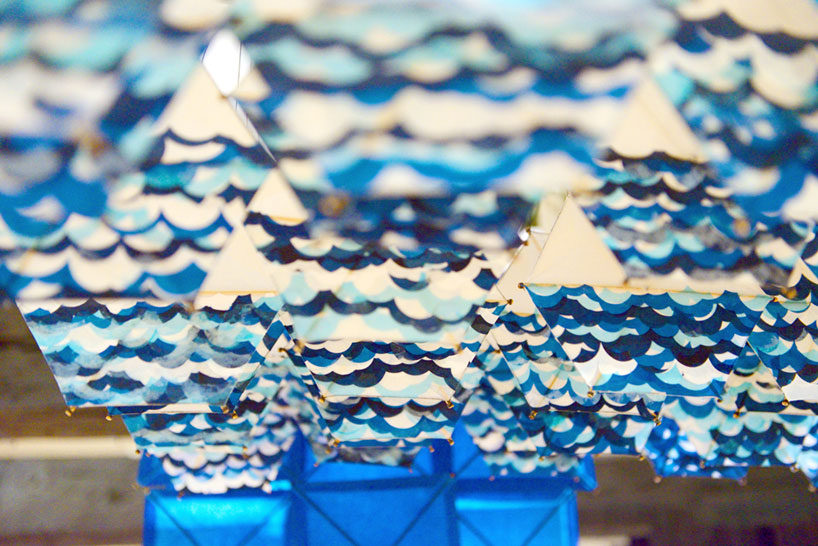 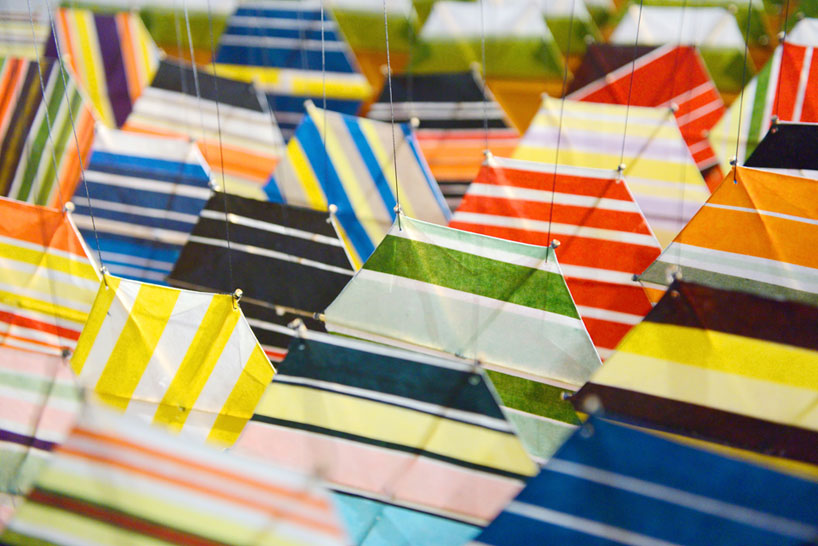 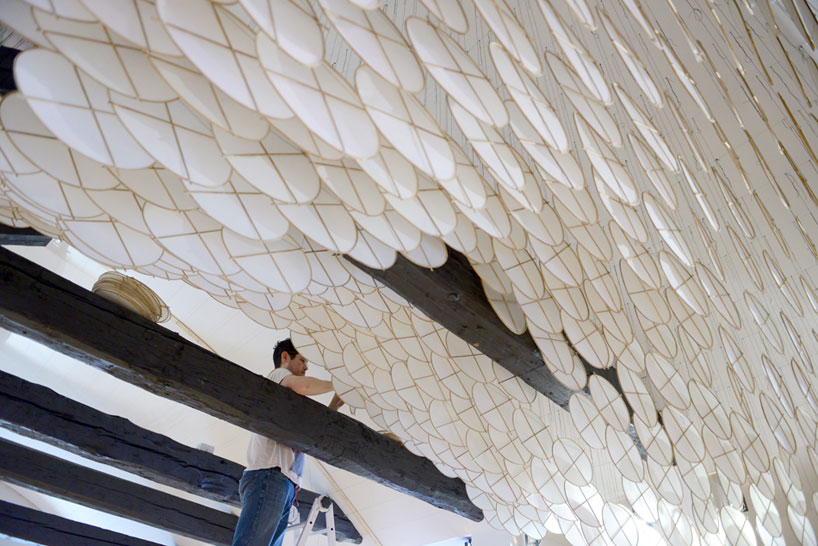 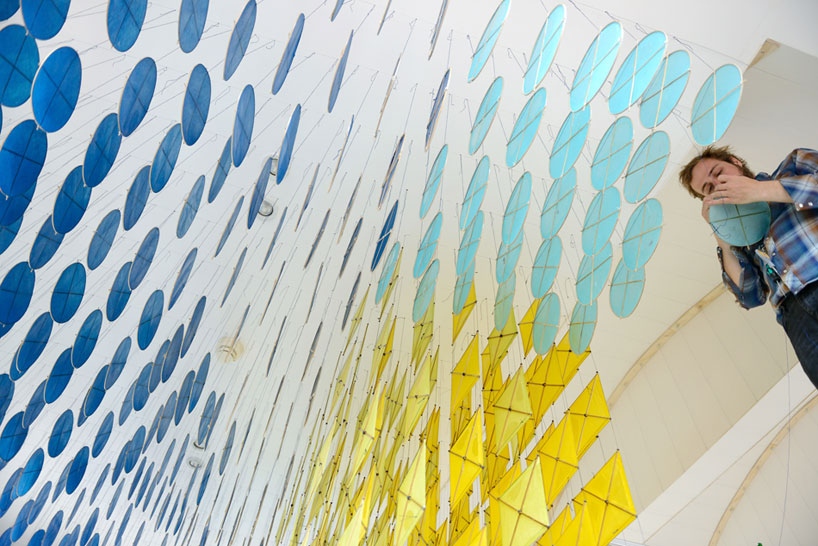 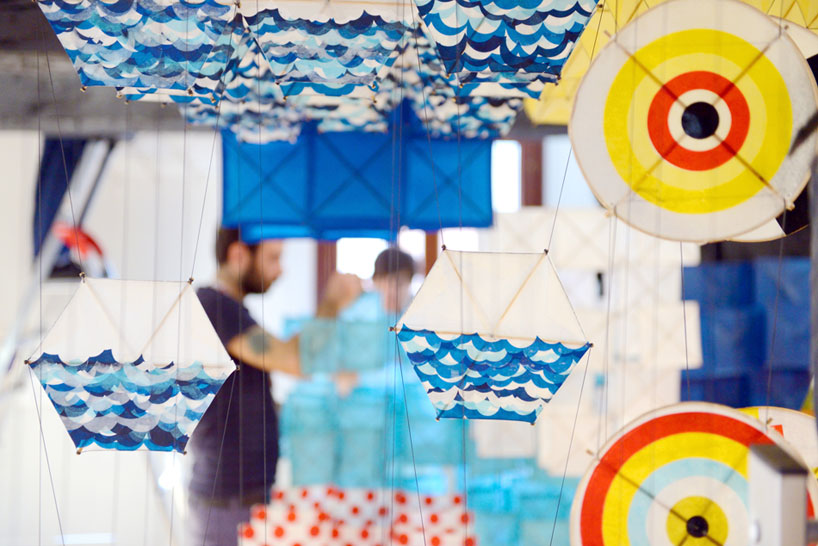 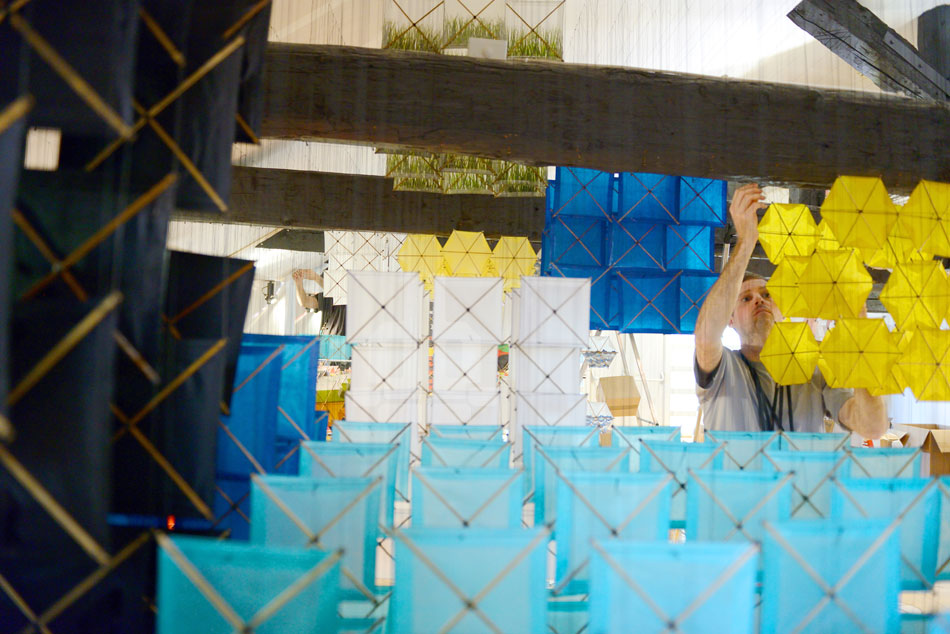 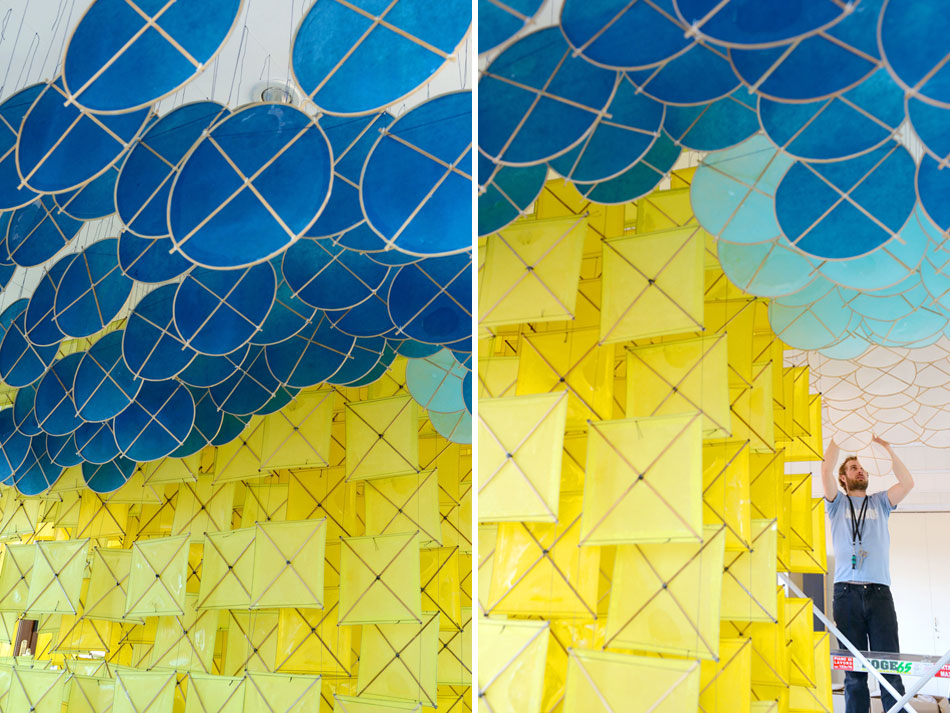 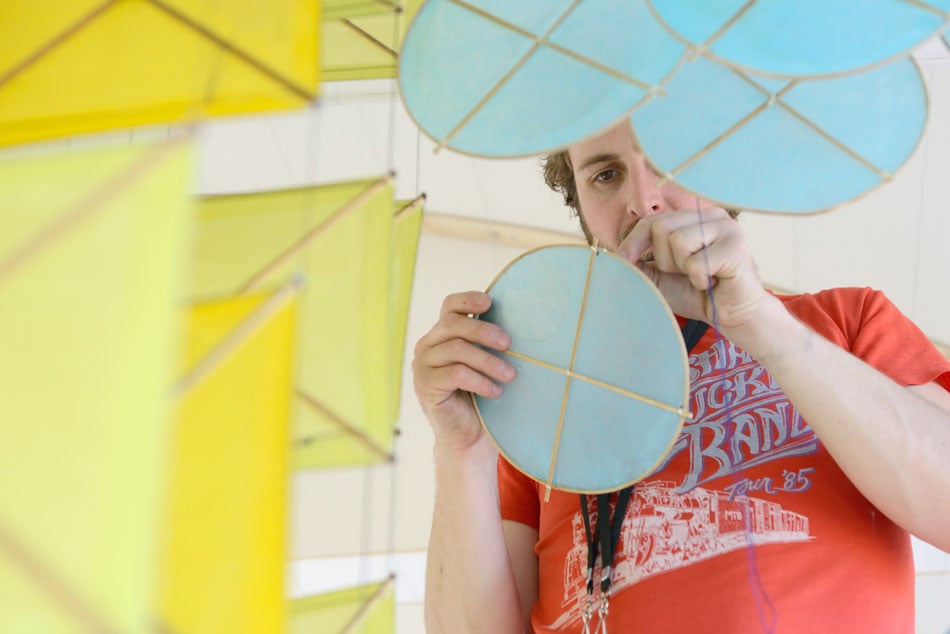 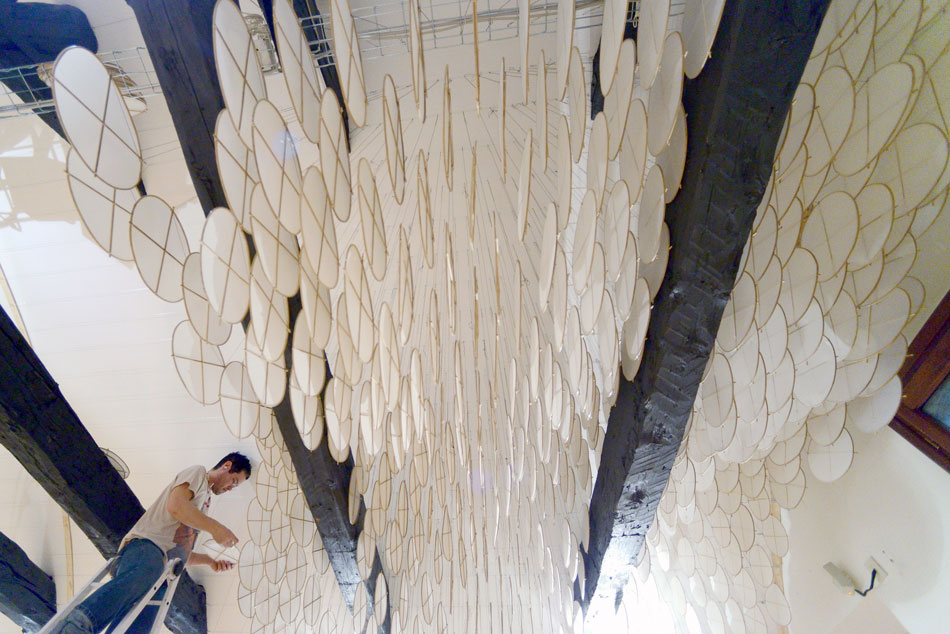 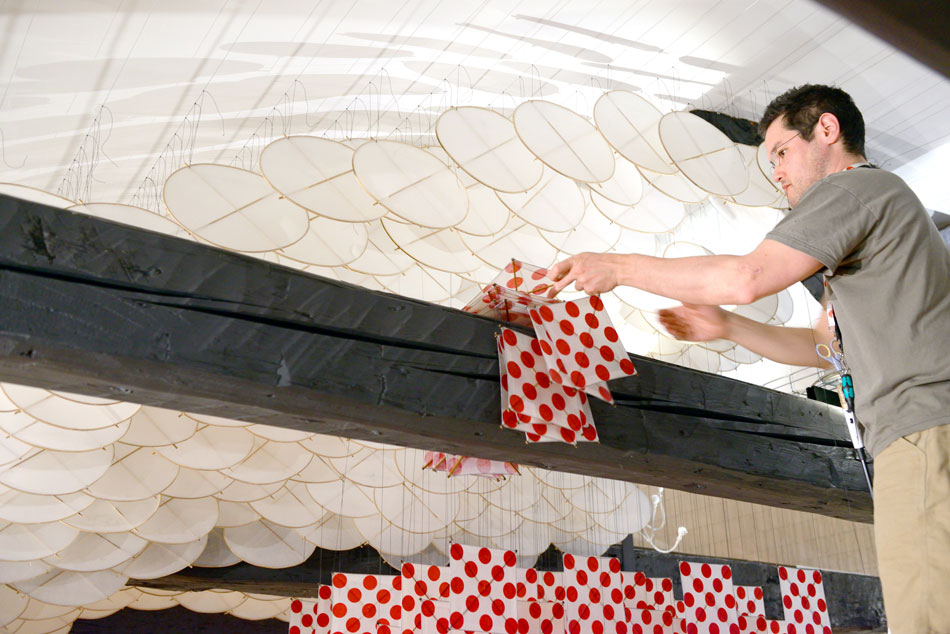 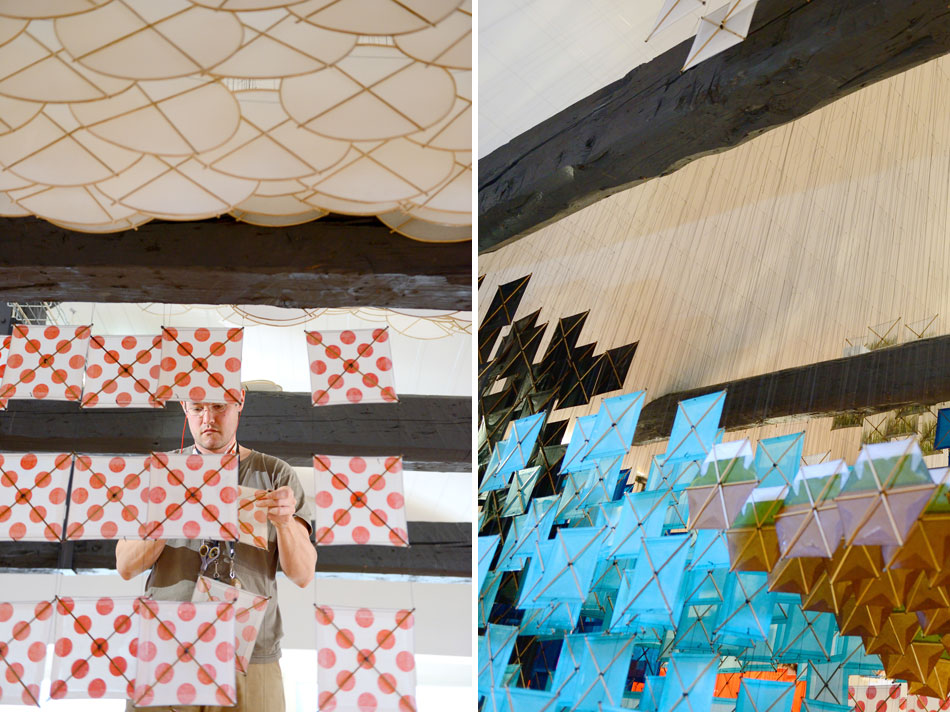 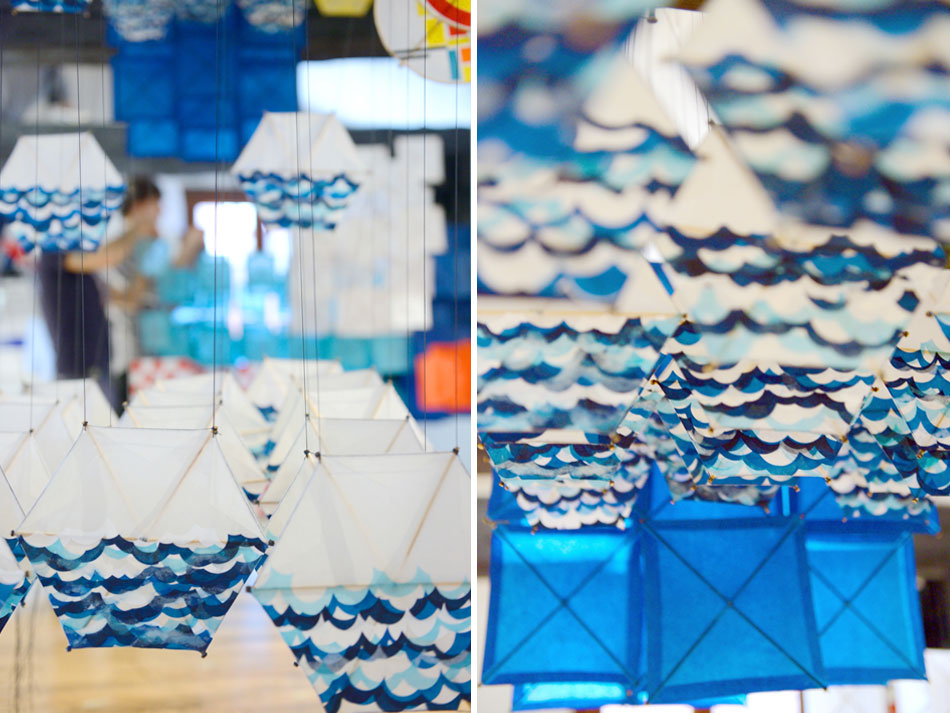 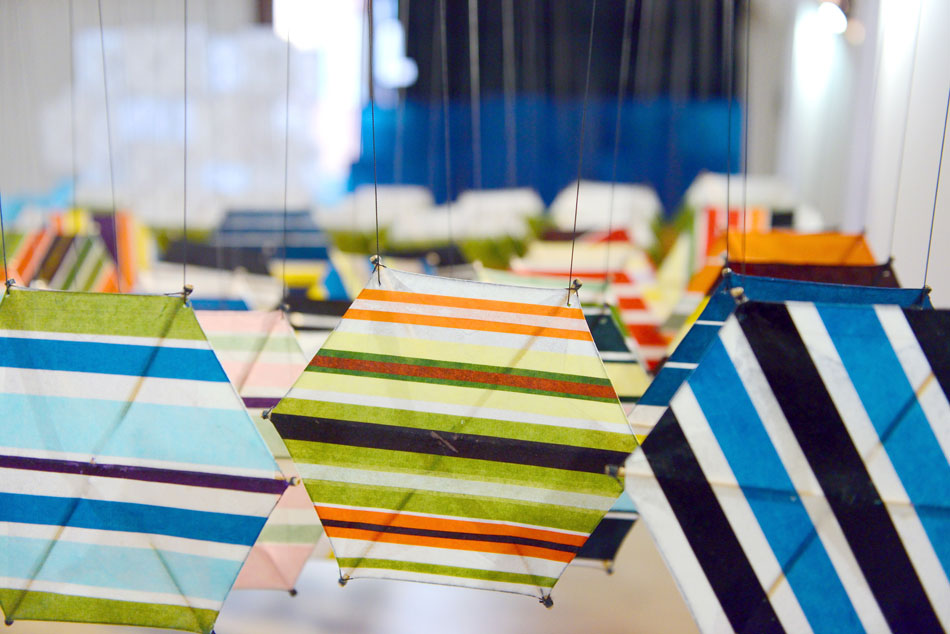 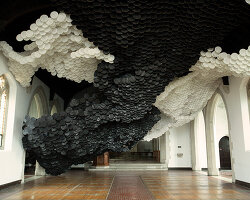 May 04, 2021
jacob hashimoto on his richly-layered compositions and creating complex cultural landscapes 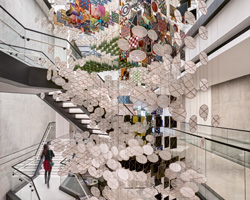 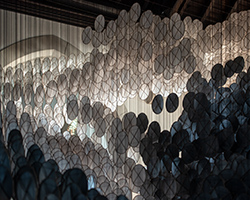 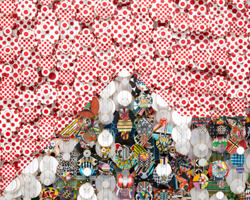 Feb 28, 2013
near the edge of the world layered kite installation by jacob hashimoto