one of the world’s most famous works from the ‘golden age’ of dutch painting has been restored, revealing a painting of a full-length cupid hanging on the wall. the painting within a painting corresponds to johannes vermeer’s girl reading a letter at an open window, which will be shown for the first time as it left the artist’s studio after its restoration and more than two and a half centuries. the painting will be the centerpiece and highlight of the exhibition johannes vermeer. on pausing, presented at the dresden old masters picture gallery. 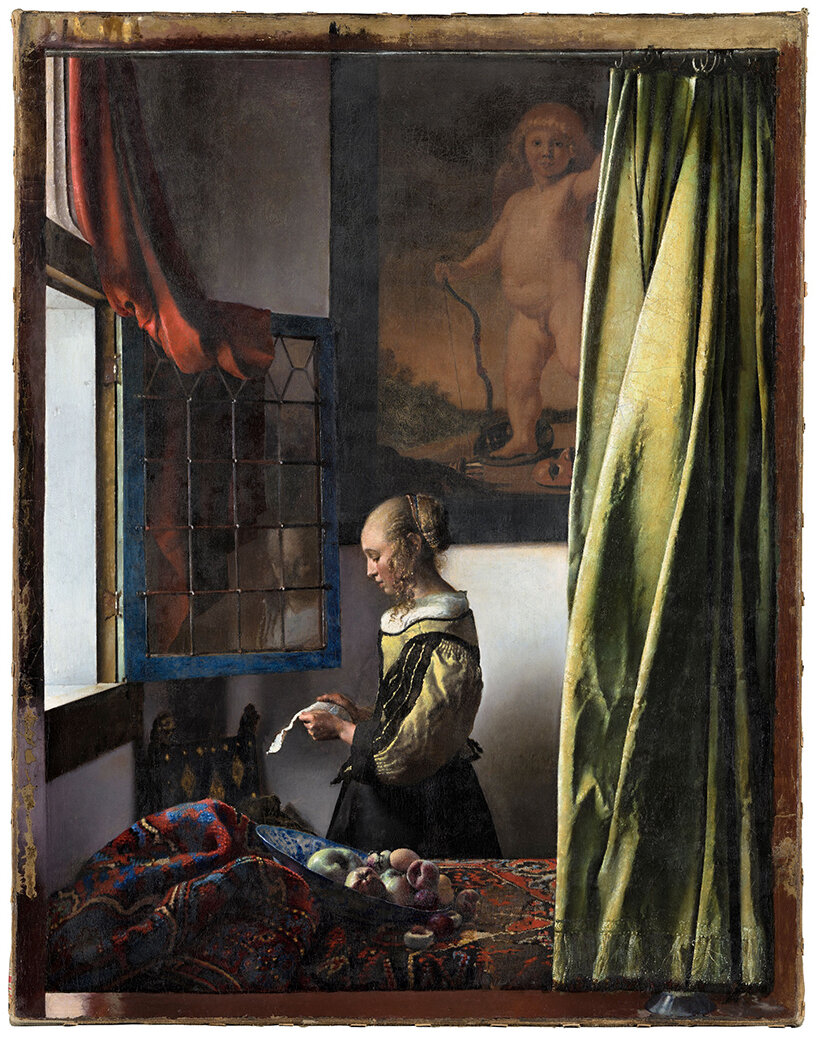 an x-ray taken in 1979 of the painting revealed that on the wall in the background of the room there is another painting of a naked cupid. as part of a restoration and research project which started in 2017, X-ray and infrared reflectography recordings, as well as microscope examinations have been carried out in recent years. in addition, there was a detailed analysis of the picture carrier canvas and research into the history of the restoration. 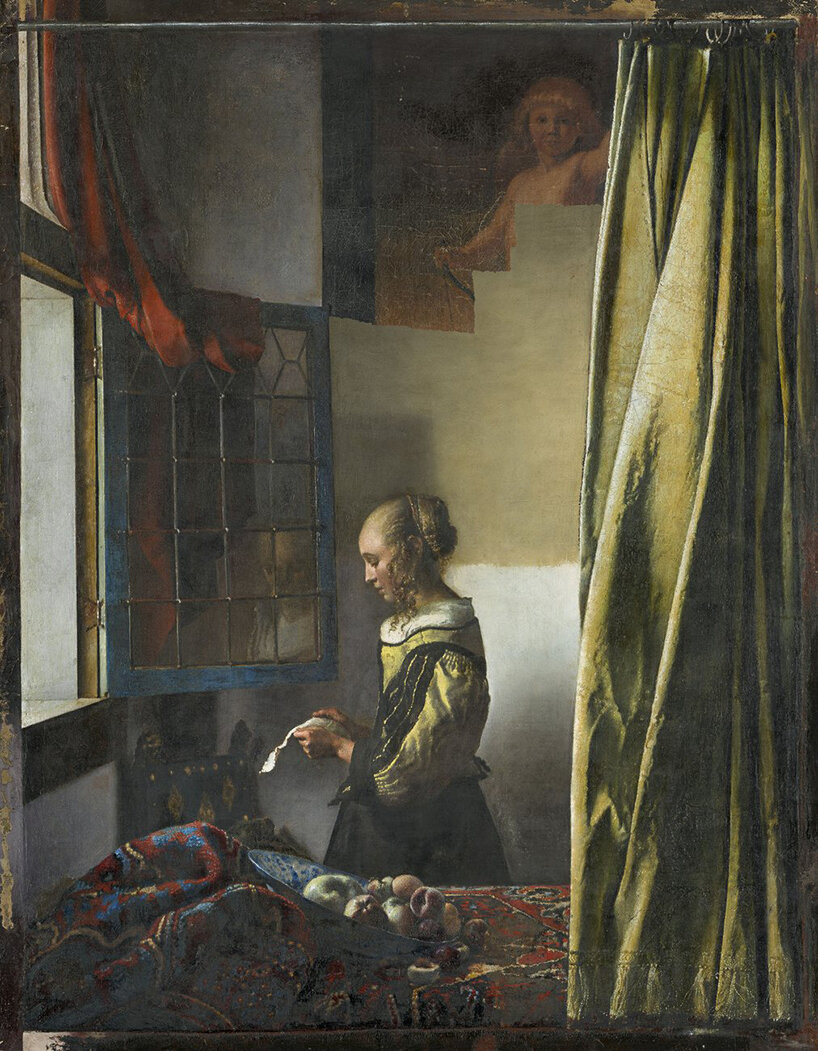 several color samples were taken from vermeer’s painting and analyzed with regard to their layering and consistency in the laboratory for archaeometry at the dresden university of fine arts. these investigations were decisive for a reassessment of the extensive overpainting of cupid in the girl reading a letter at the open window. it could now be assumed with certainty that the overpainting did not come from vermeer, but at least several decades after the painting was made and well after the artist’s death. a full-area X-ray fluorescence examination of the picture, which was carried out in 2017 with the support of the rijksmuseum amsterdam, confirming the new findings about the overpainting. 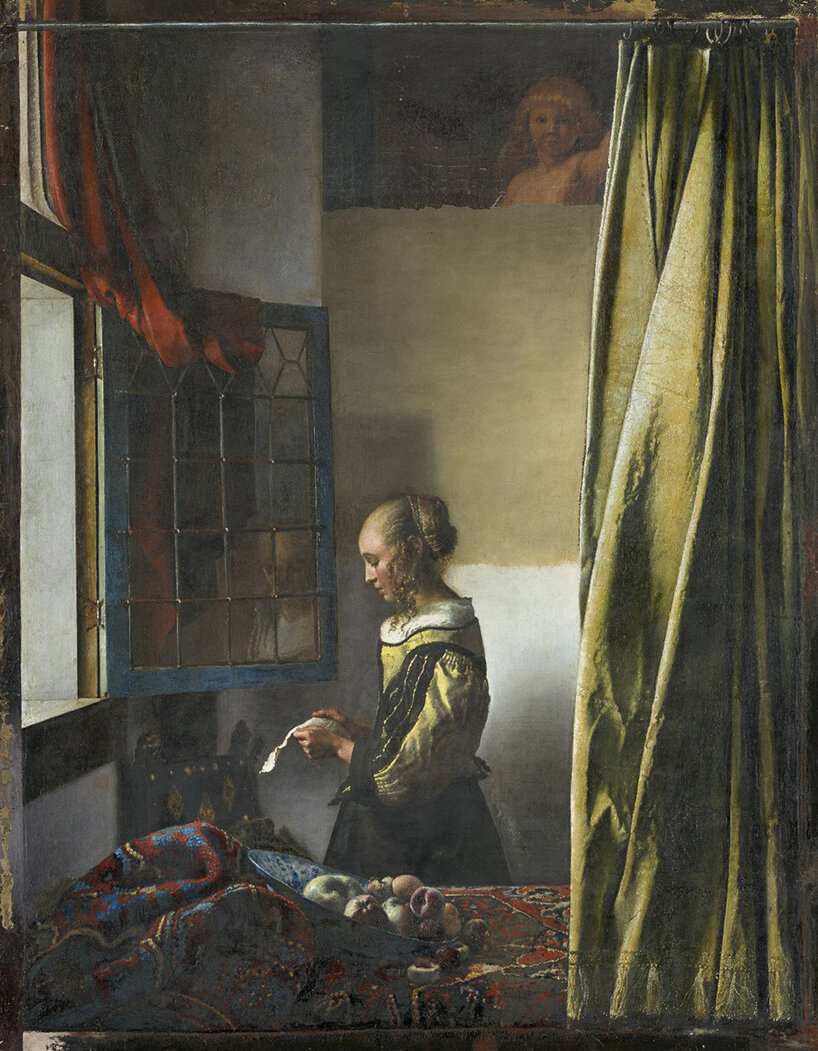 after the restoration was completed in early 2021, the painting has fundamentally changed its appearance. in the background, a standing god of love with a bow, arrows and two masks was exposed, which adorns the back wall of the room as a “picture in a picture”. he steps on the masks of disguise lying on the ground in front of him – a sign of sincere love that overcomes deceit and hypocrisy. the presence of the god of love in the composition, as a meaningful comment, makes a significant contribution to the message of the painting. 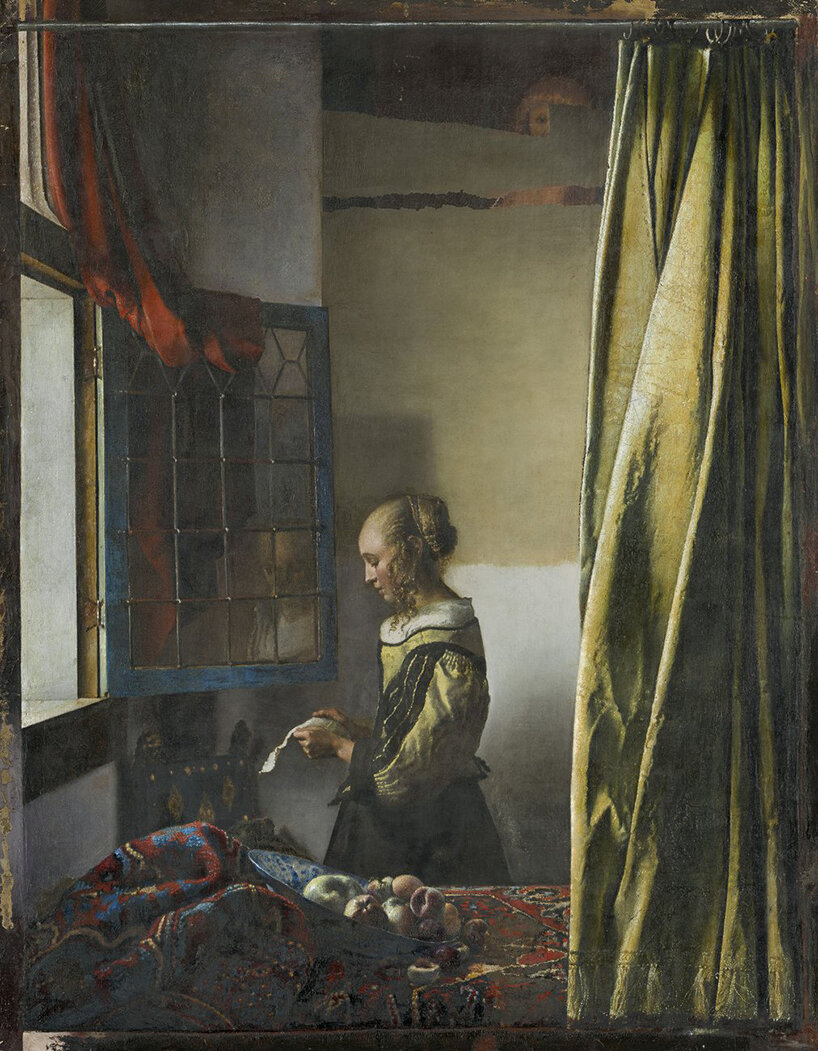 the girl reading a letter will be the centerpiece of the exhibition in the rooms of the semper building set aside for special exhibitions. along with nine other paintings by vermeer, including the woman in blue reading a letter (amsterdam, rijksmuseum) and the lady standing at a virginal (london, national gallery), which are closely related to the painting, some 50 works of dutch genre painting from the second half of the 17th century will be on display. 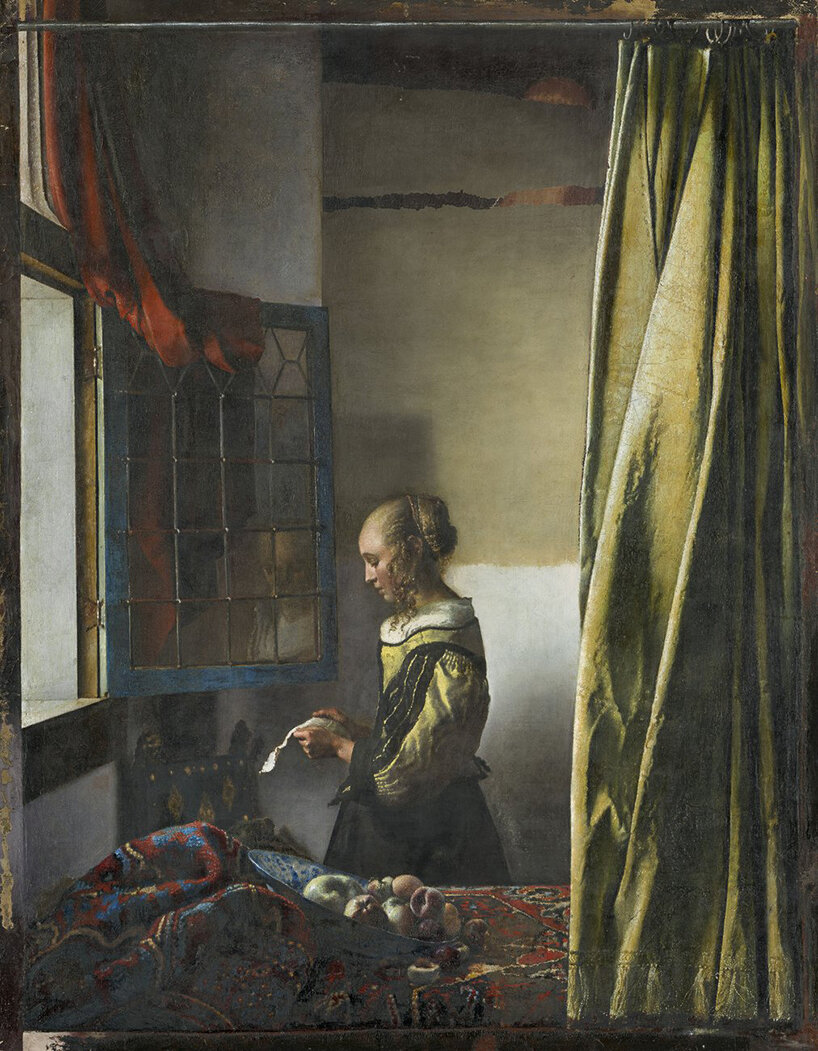 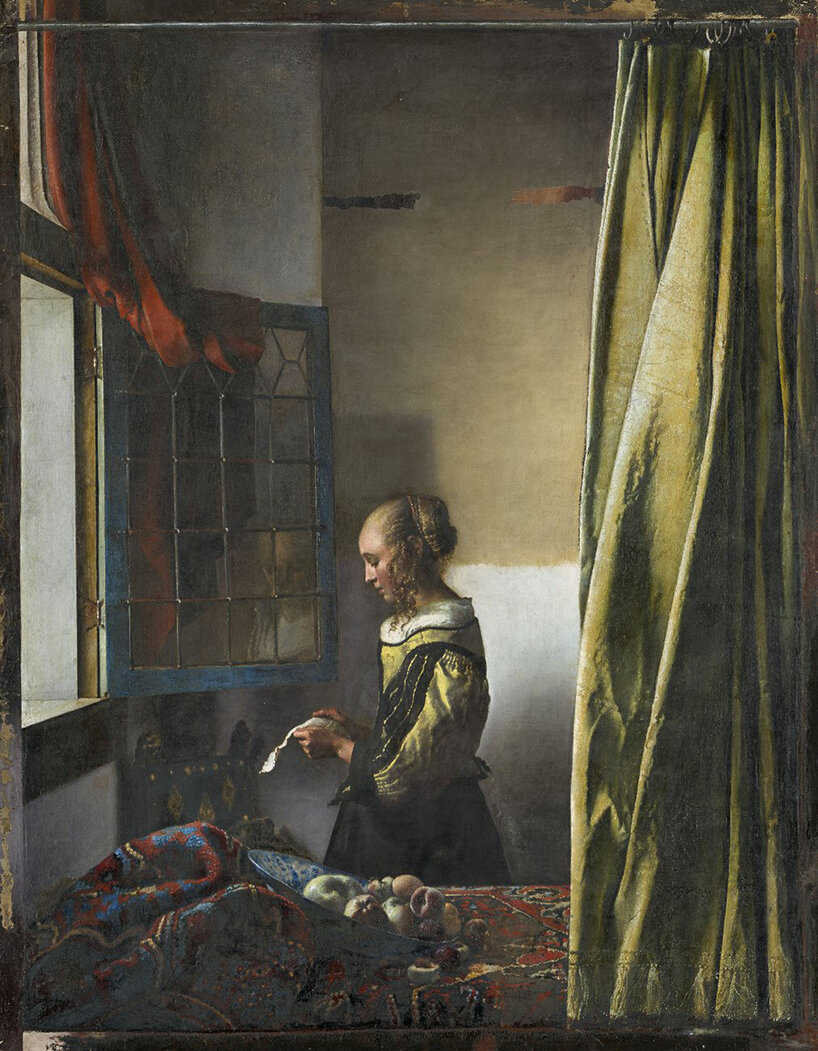 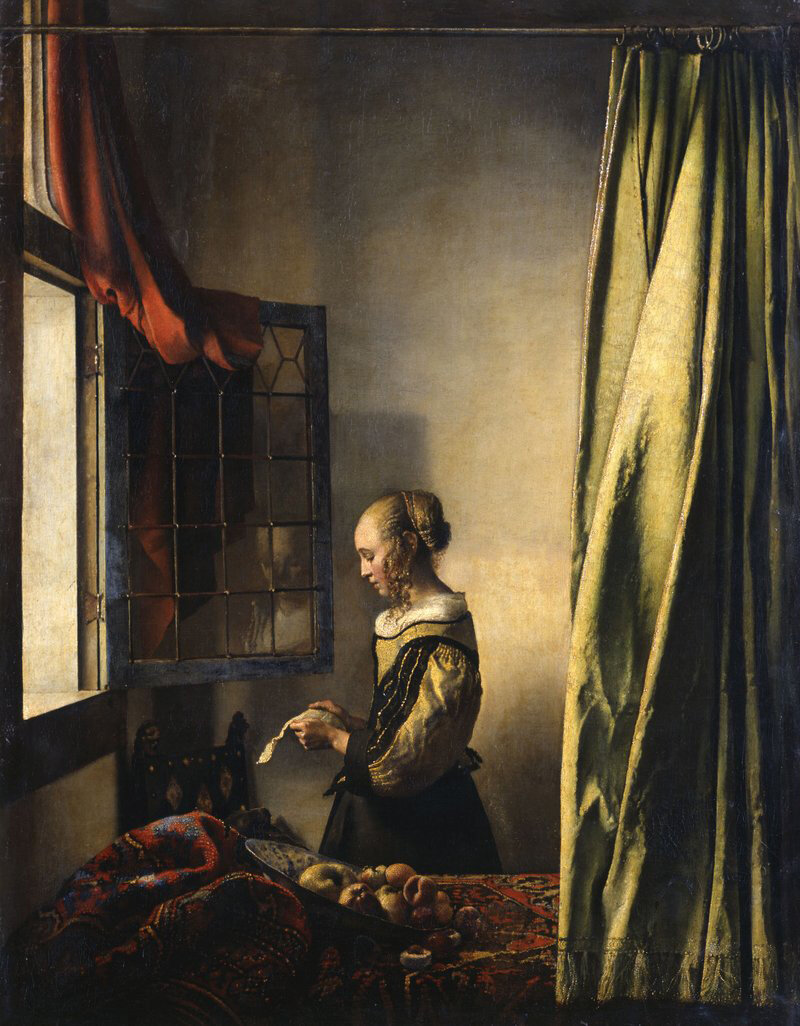 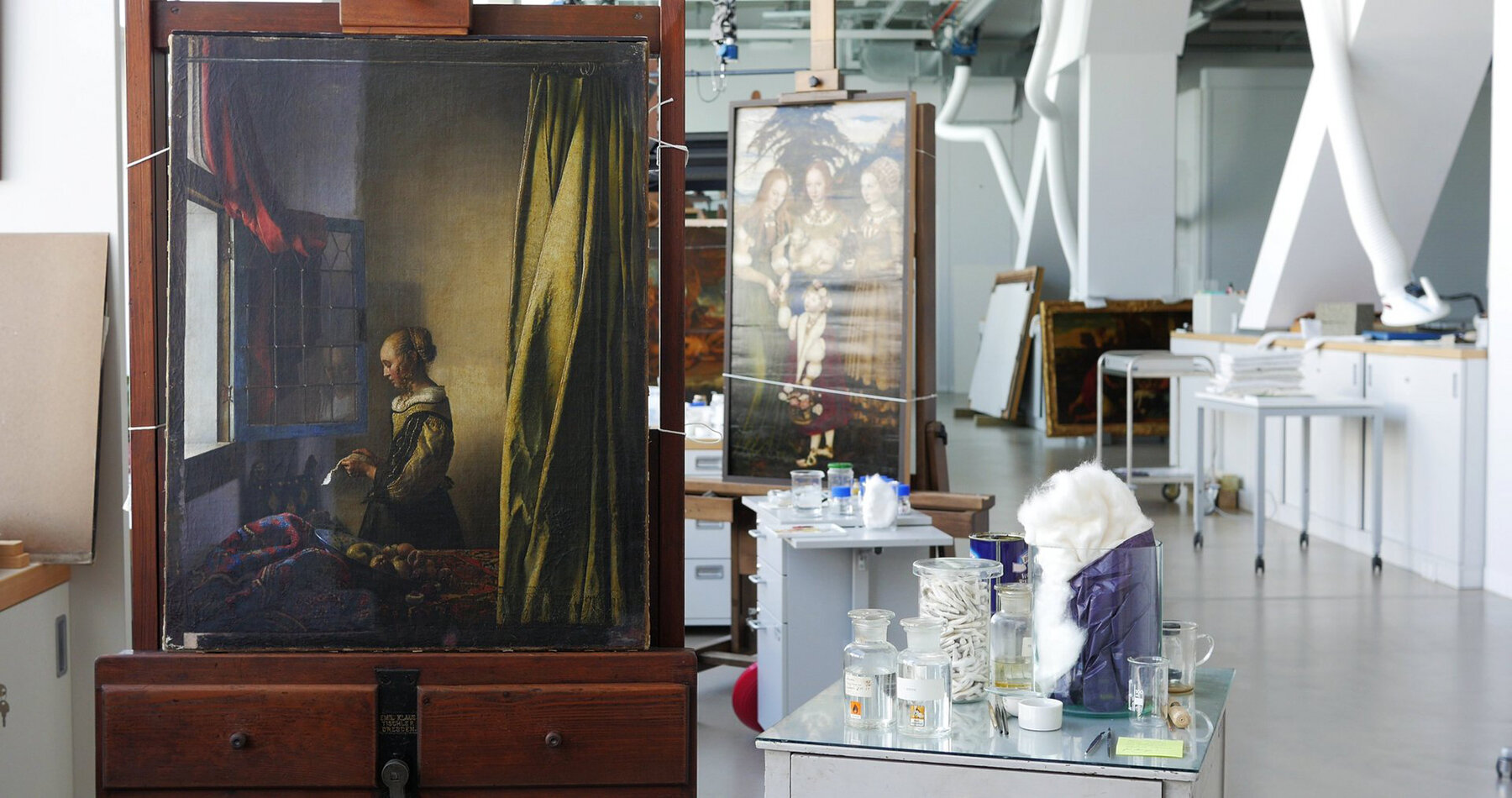