‘from walled city to world city’ was the one-line brief given to vibhor sogani by sheila dixit, the chief minister of delhi, more than 10 years ago. following the brief, the ‘sprouts’ art installation was initiated with the idea ‘when the seeds begin to sprout’. the intent was to depict india as a growing nation with the new age material stainless steel representing contemporary thought.

all images by shailan parker

designed to showcase india as a ‘world city’ for the commonwealth games in 2008, indian based designer vibhor sogani‘s ‘sprouts’ is symbolic of the feeling that the south asian country is rising after 60 years of independence. they powerfully convey the message of growth, of the city and of its people, from a small community to a global community — sprouting from the ground. 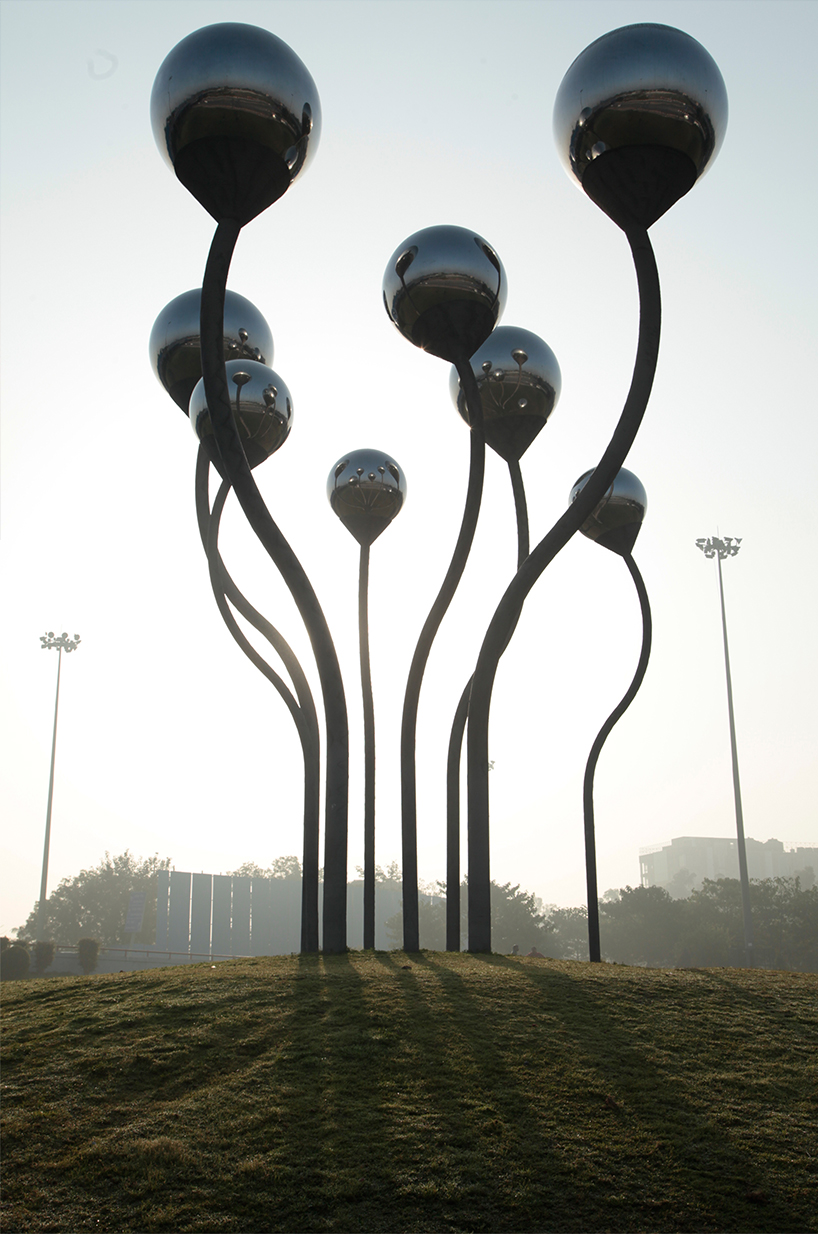 ‘sprouts’ has defined the contemporary image of delhi for almost a decade now. together with the landscape, they have reflected upon the myriad moods of delhi’s weather to create one of the most inclusive and motivating public memories delhi has to offer. vibhor sogani — the mind behind the public art installation — finds inspiration in steel as his primary material to manifest his ideas.

the intent was to depict india as a growing nation 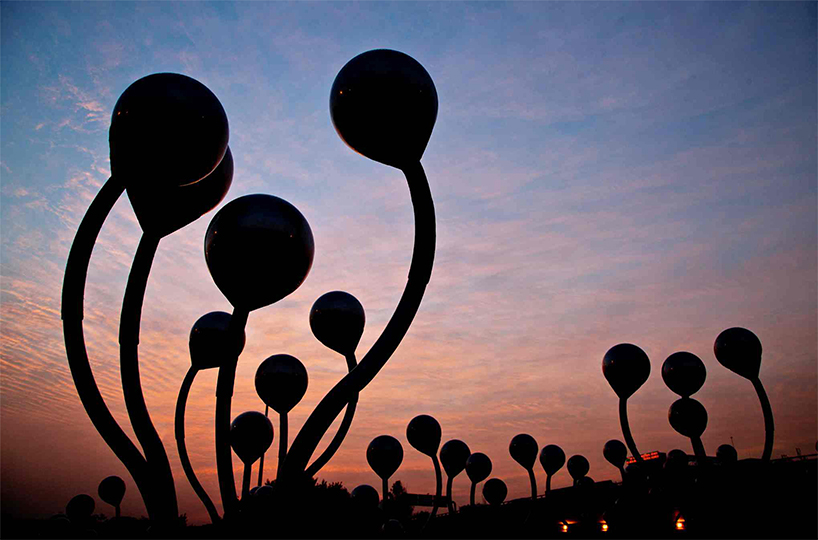 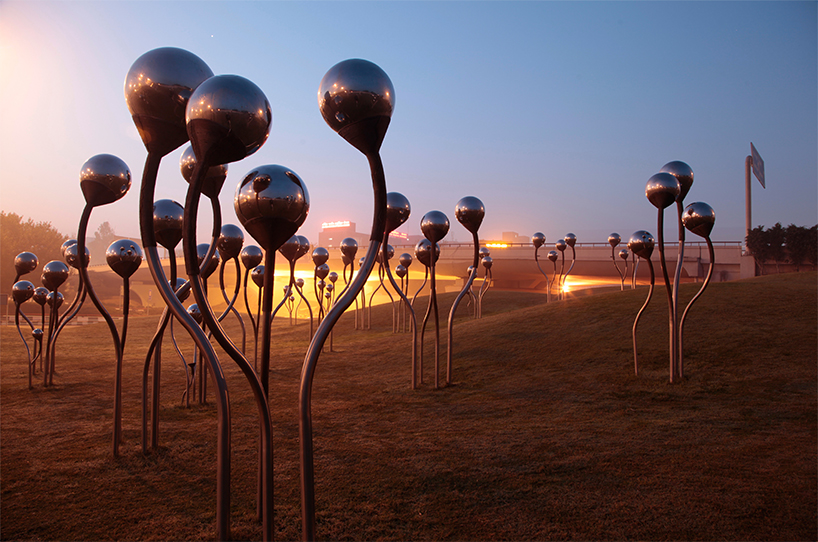