in guayaquil, ecuador, artist and photographer vicente muñoz released a series of 38 unique chrome film photographs in large format that use the technique of sublimation on aluminum. a project titled sublimis, the series of infrared photographs ‘explore the inevitable struggle of man against nature—his desire to control and tame it through the constant thrust of urbanization.‘ 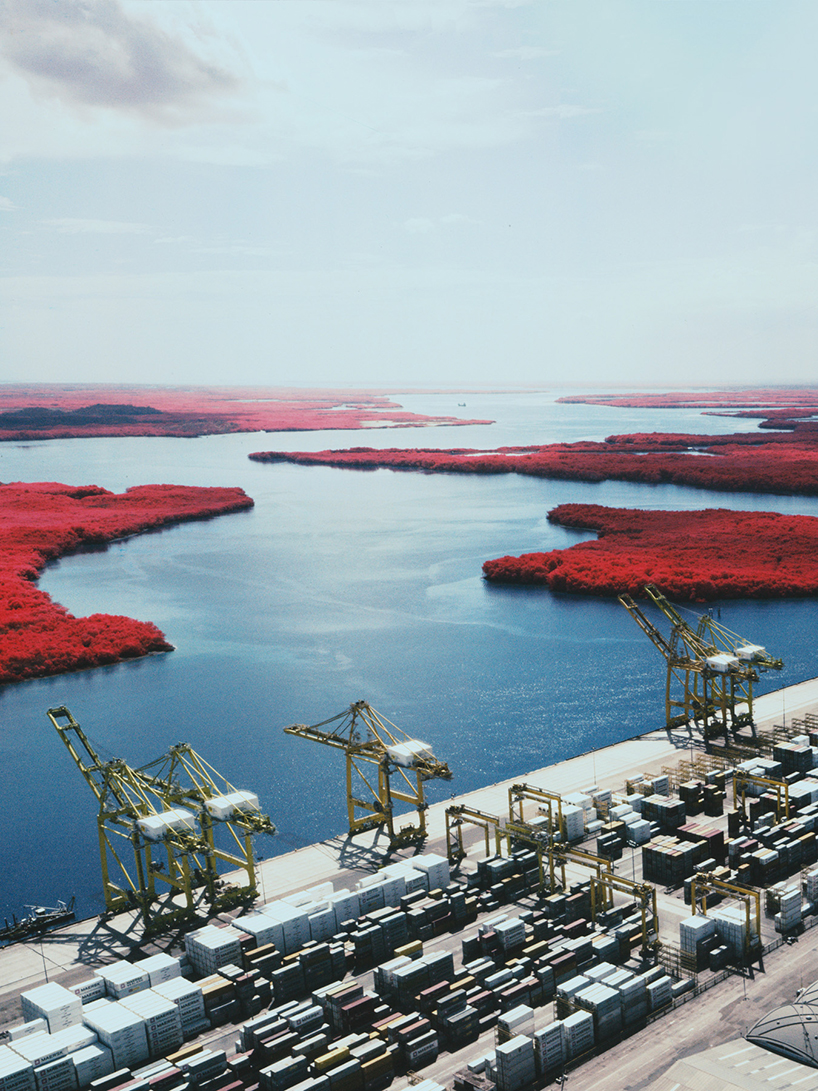 all images by vicente muñoz

muñoz used a technique of aerial photography that is primarily used in combat zones to detect enemy territory through contrast inferred images. although the production of the film stopped in 2011, muñoz was able to obtain the special kind of inferred film through secondary markets, and scavenging online sources and expired film archives. 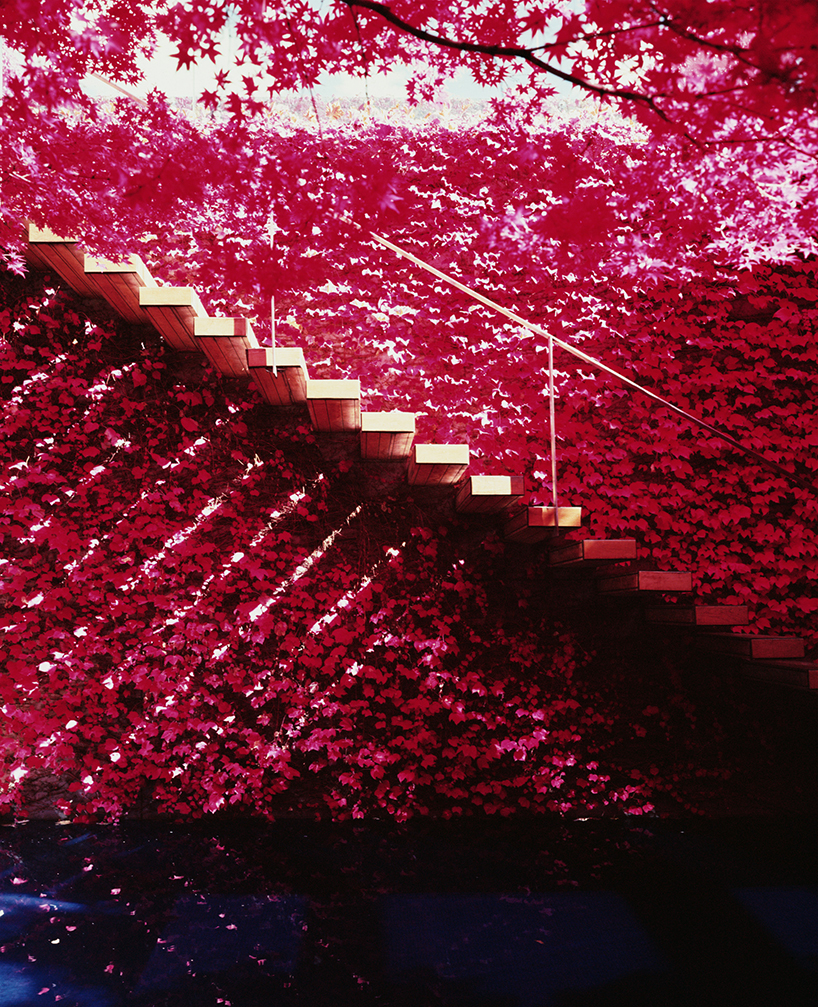 according to muñoz, sublimis is a series that ‘interpret[s] the relationship between urban and nature, and the effects of climate change on the topography of different cities.‘ the title was chosen based off of a ‘large-scale painting by vir heroicus sublimis (man, heroic and sublime) by the celebrated abstract expressionist barnett newman.‘ the 38-images were on display for a single night in the dramatic neo-classical home of architect antonio plaza. 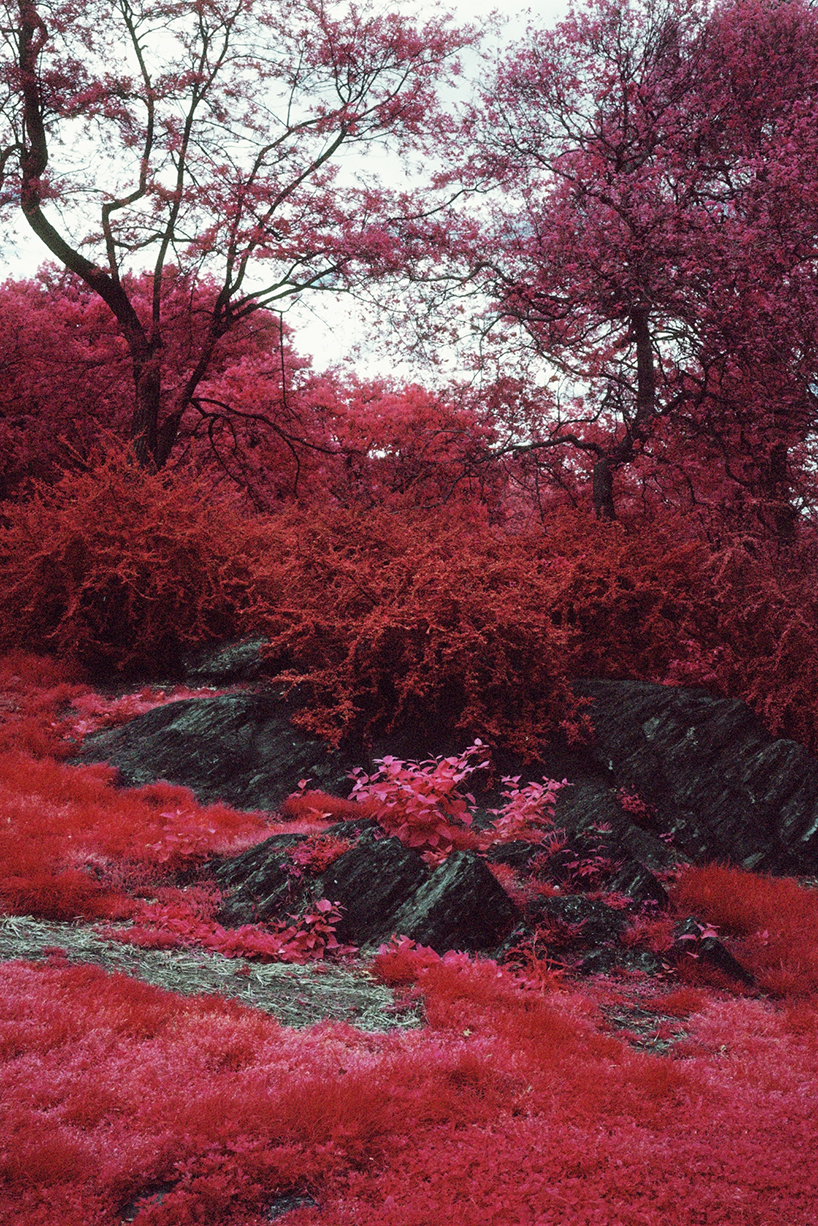 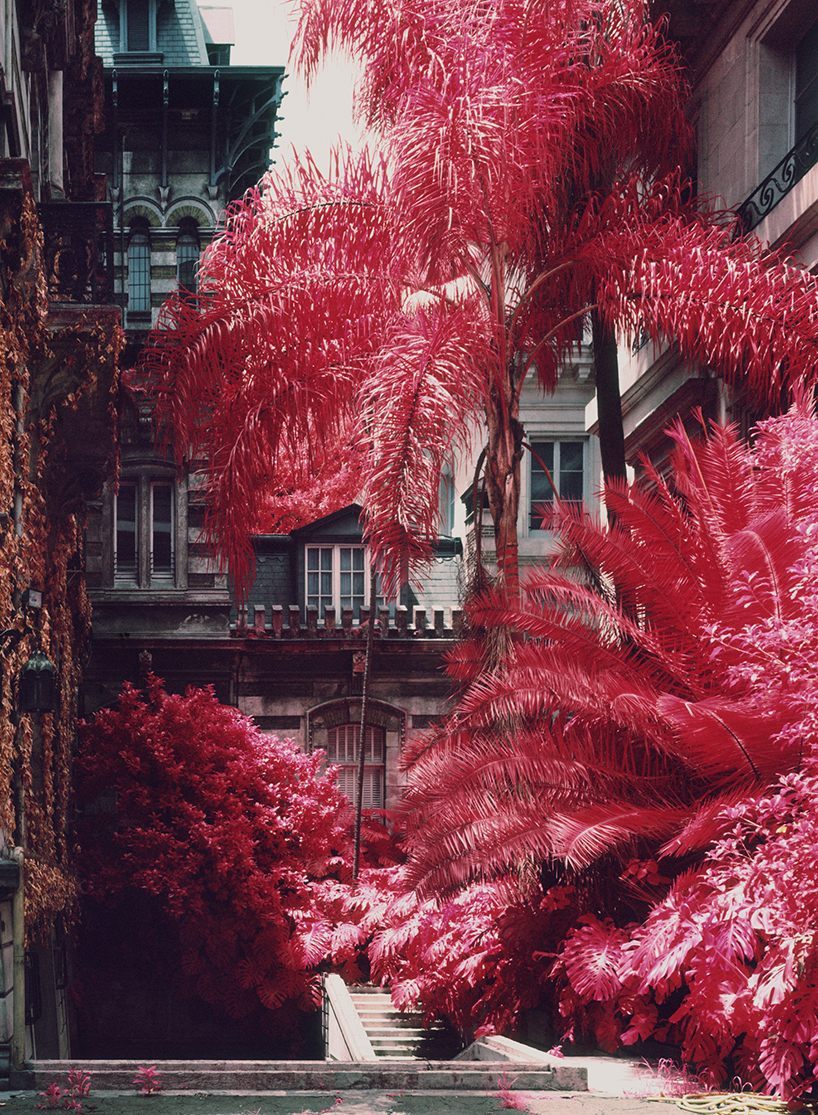 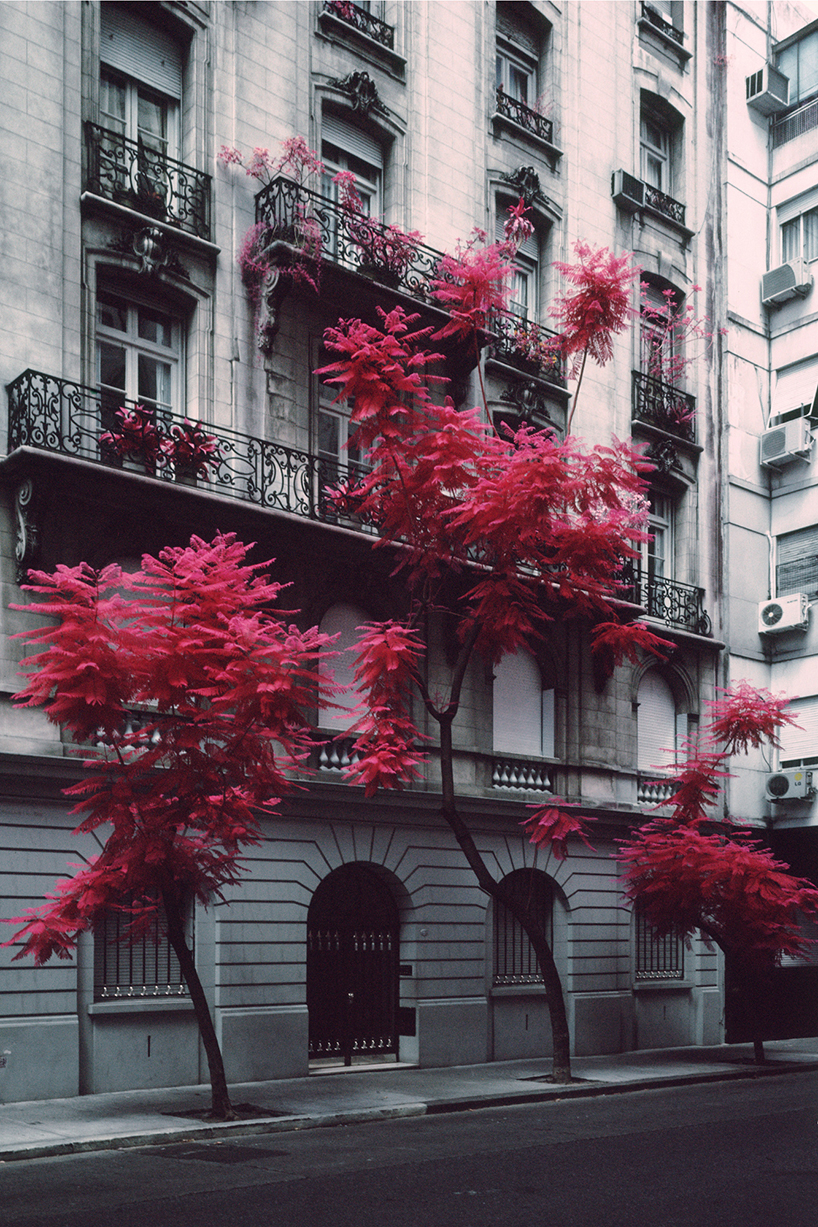 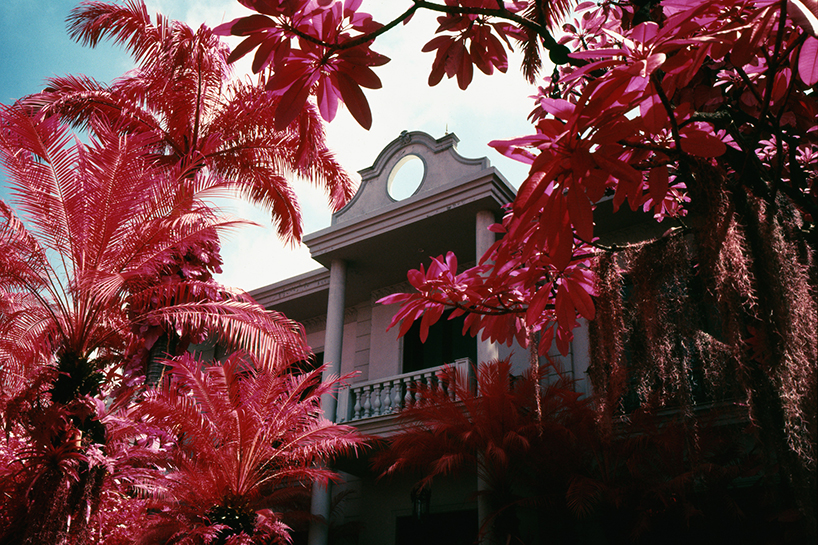 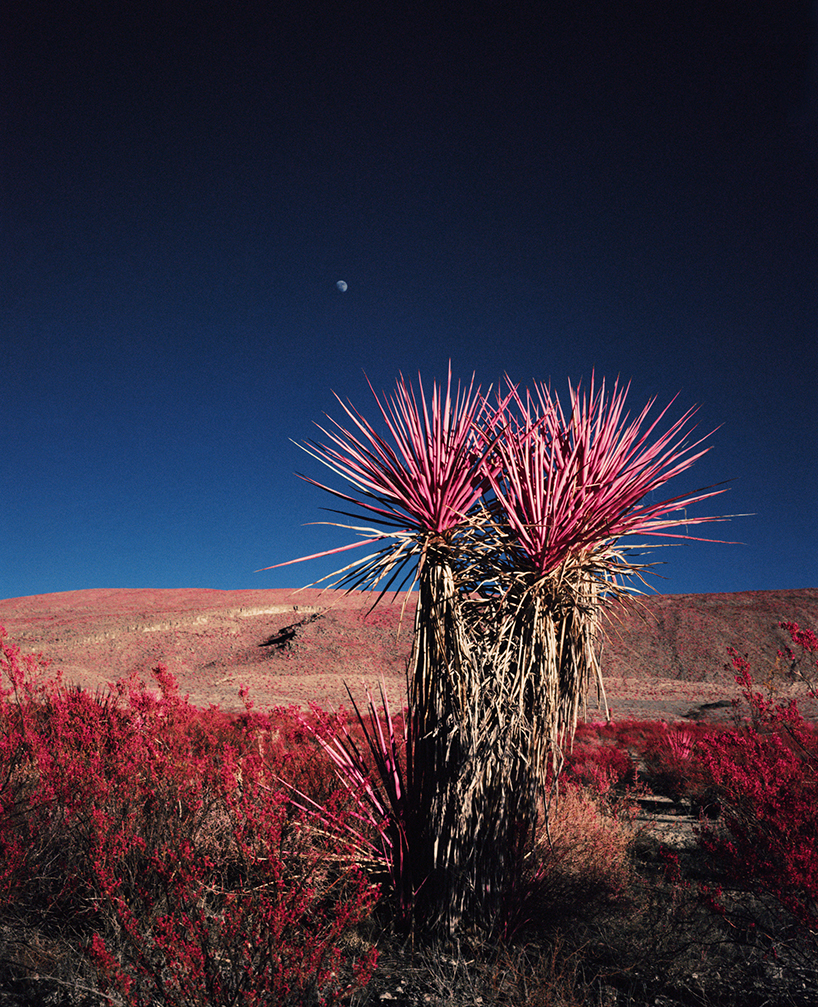 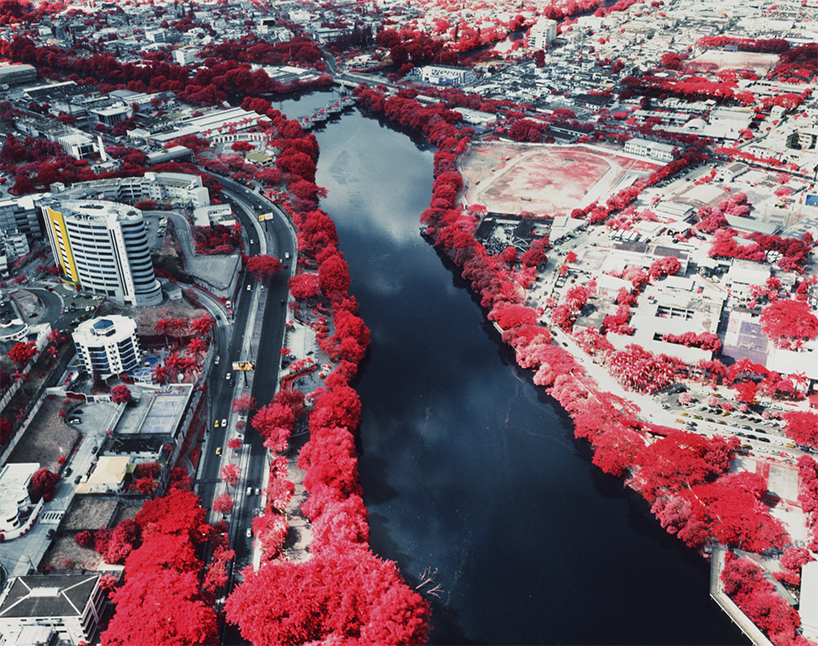 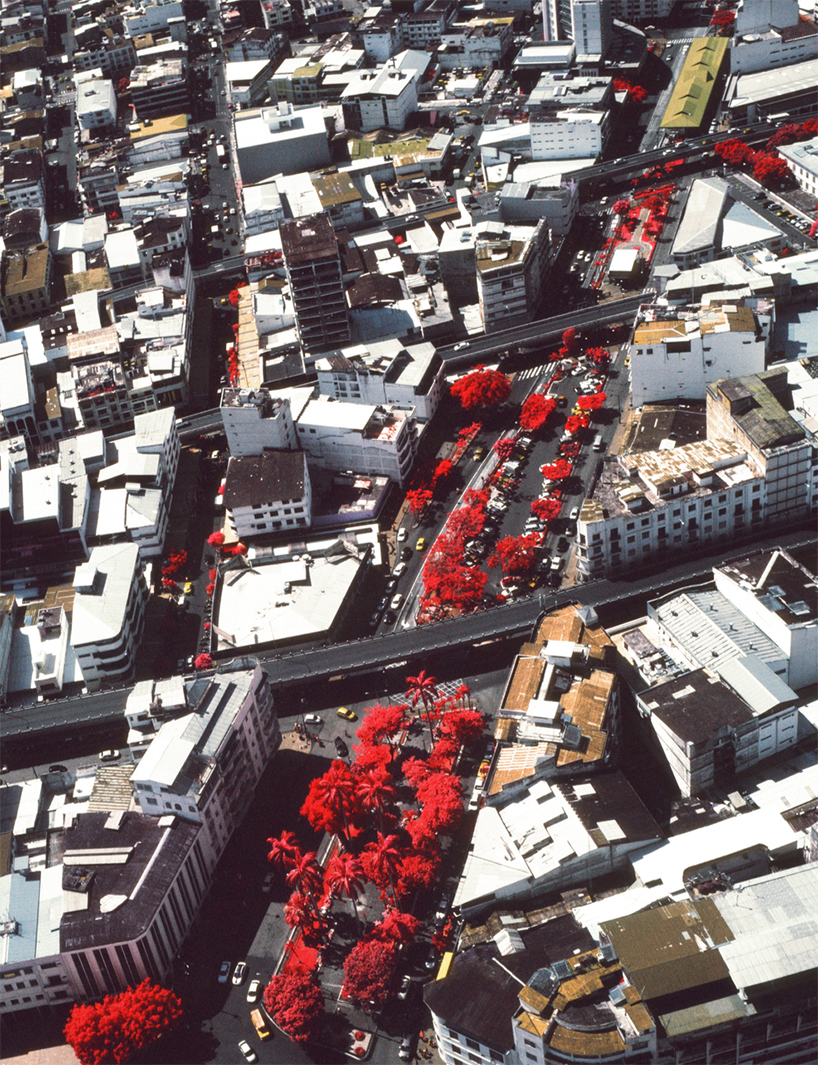 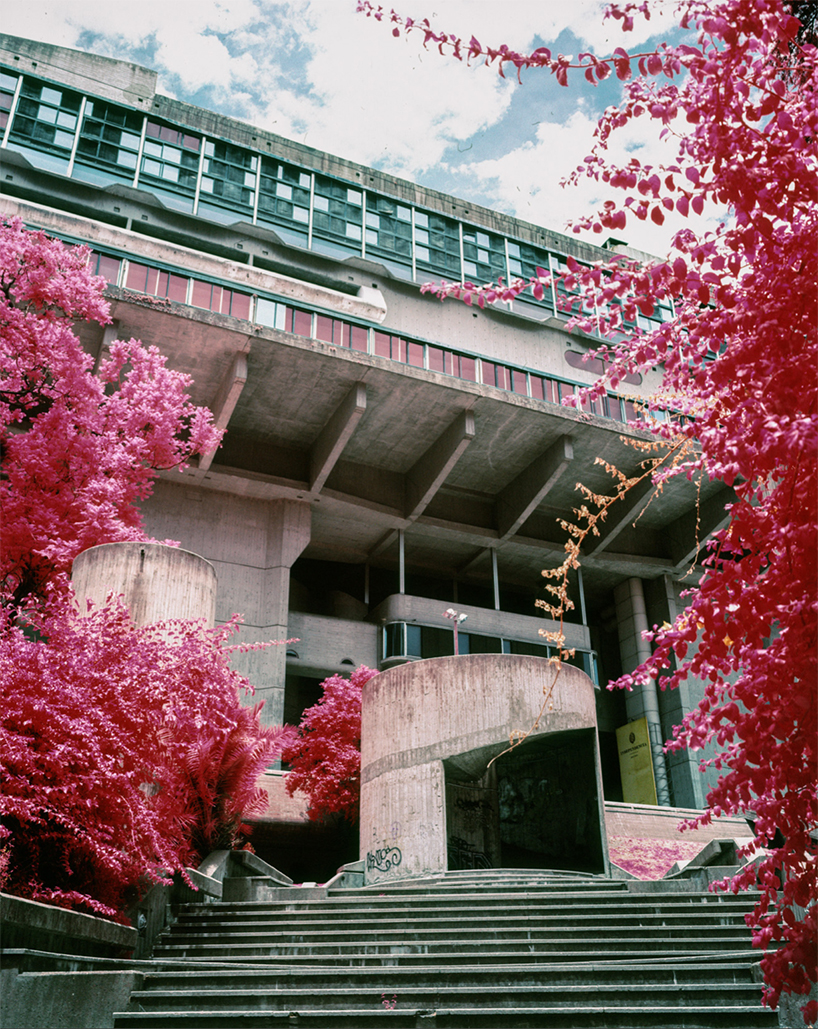 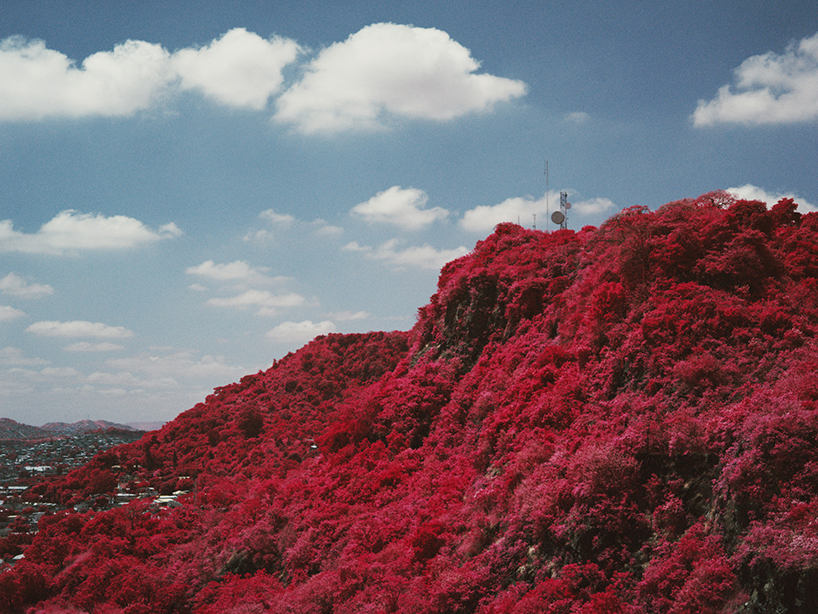 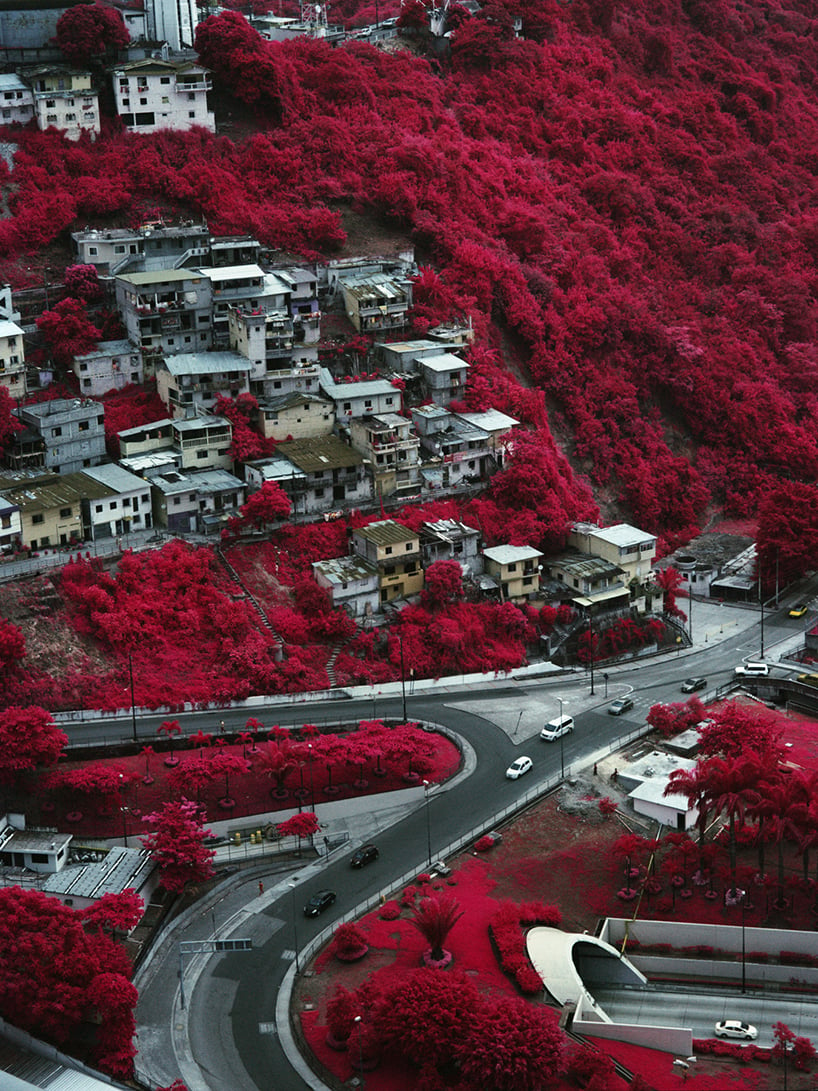 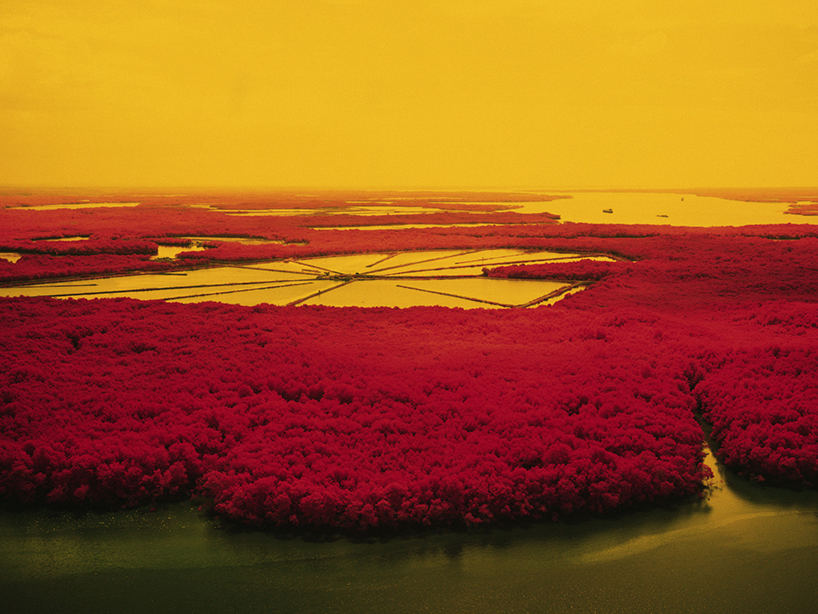 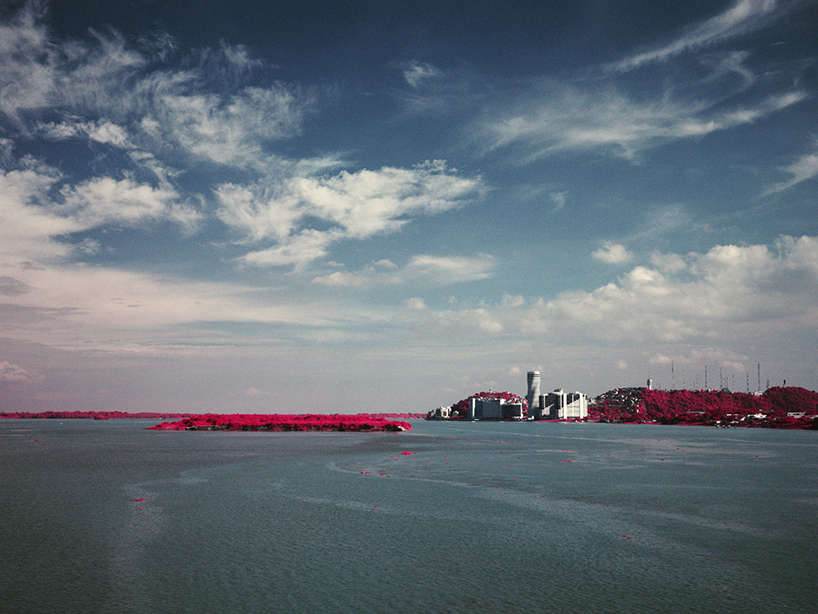 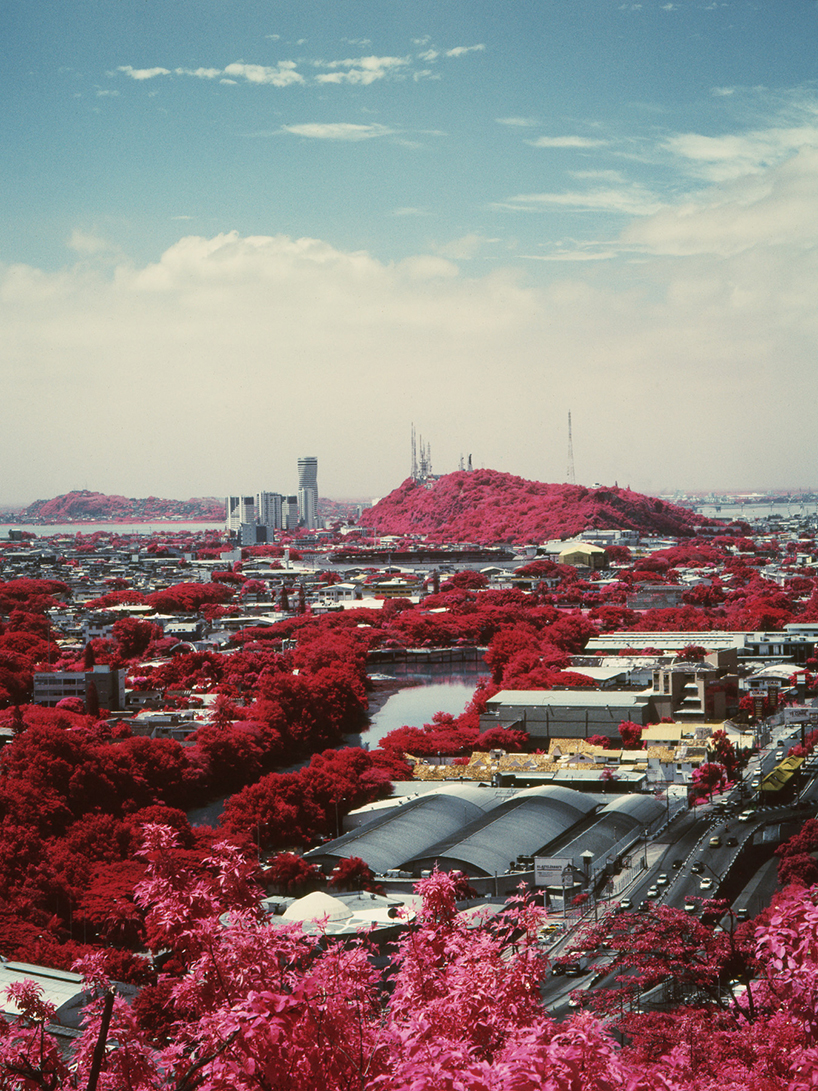 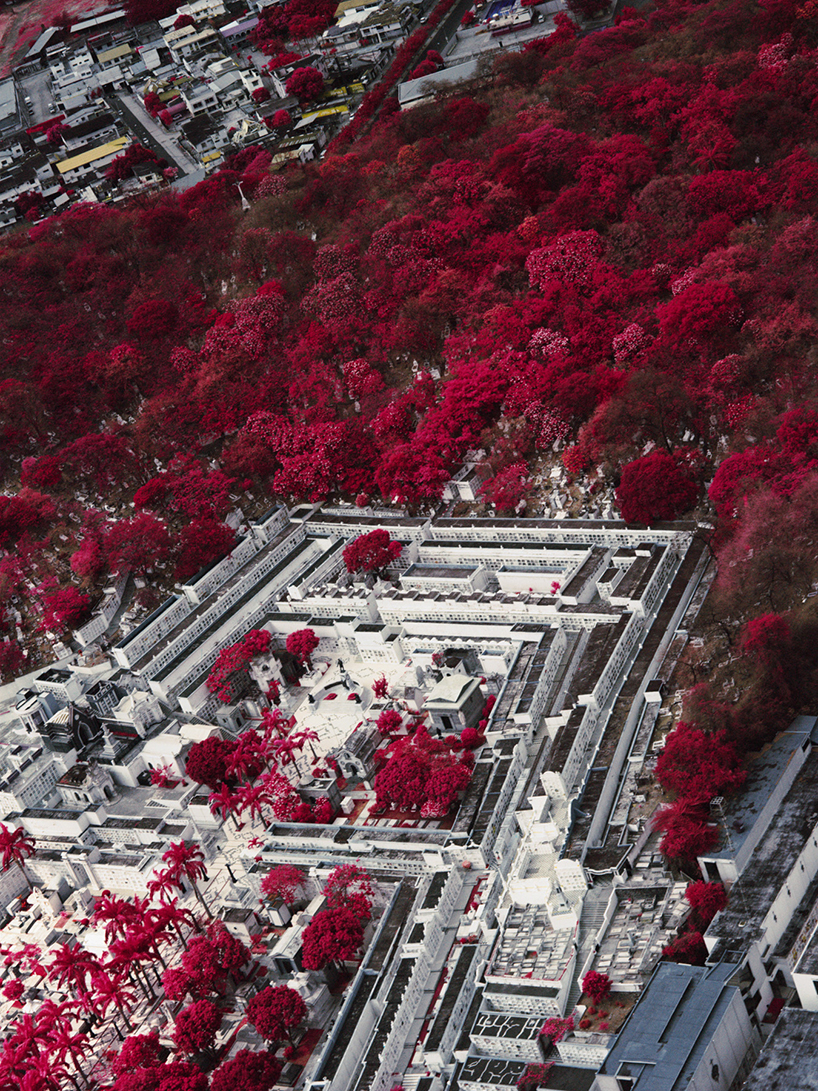