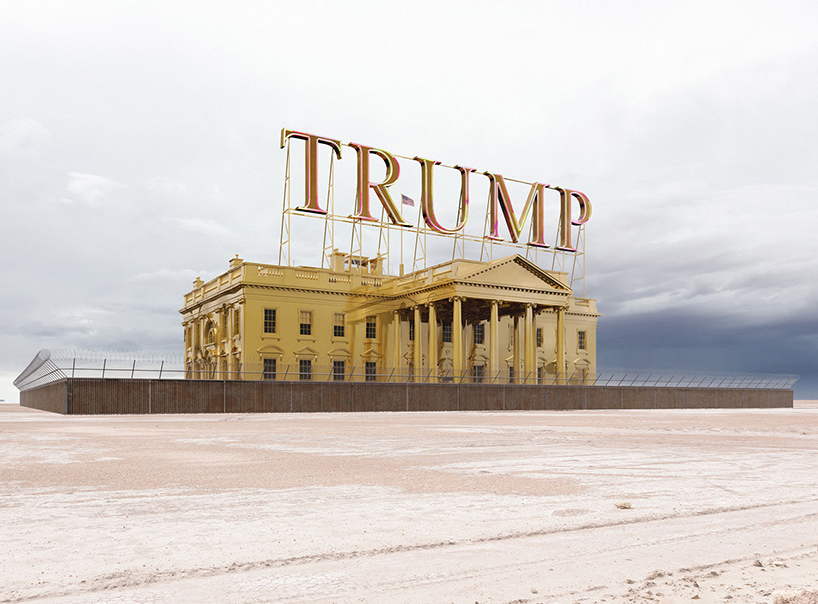 last week, catalan artist víctor enrich shared his vision for ‘phalus 2020’ — a satirical depiction of how the white house might look following trump’s presidency in 2020. enrich has now elaborated on the idea to include a new fictional architectural idea he calls ‘fort knox’, which ‘is dedicated to trump’s isolationism.’ 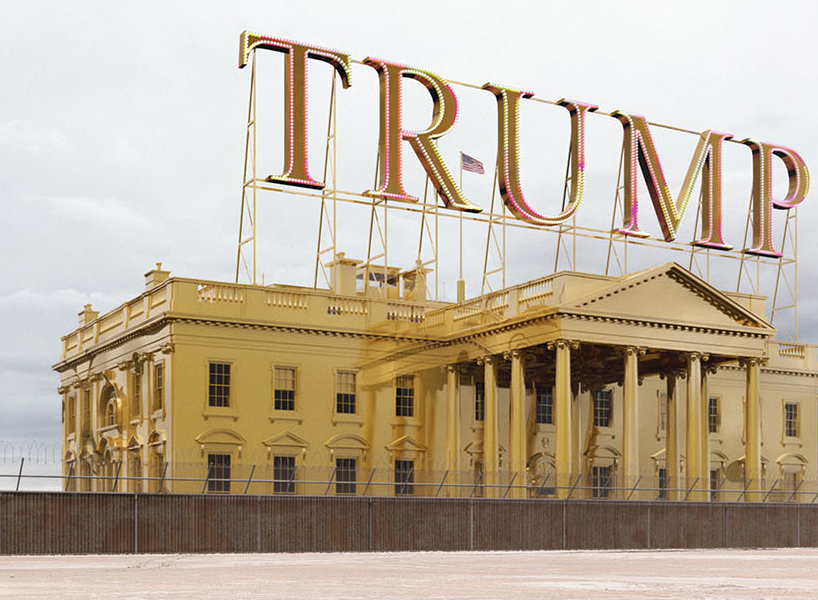 the image illustrates the president’s white house entirely clad in gold paint — a nod to donald trump’s own use of the luxury element in his personal apartment in new york. stilted on a giant scaffold is the name ‘TRUMP’, spanning almost the entire length of the building and spelled out in casino-like flashing lights. rather than being placed in the urban context of washington D.C., the building is completely isolated from any surrounding buildings or nature, alluding to trump’s ‘isolationist’ views in regards to immigration. a giant fence encompasses ‘fort knox’, wrapped in barbed wire and plainly referencing the president-elect’s proposal to build a wall between the united states and mexico.

enrich amalgamates some of trump’s most prominent proposed policies into an architectural abode that seeks to capture the essence of his personality and political ideas. 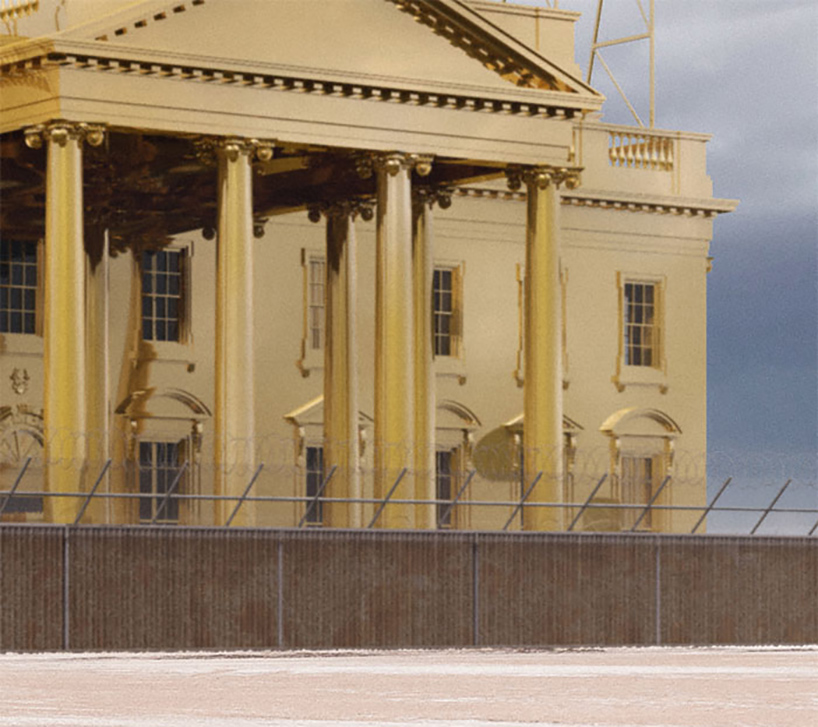 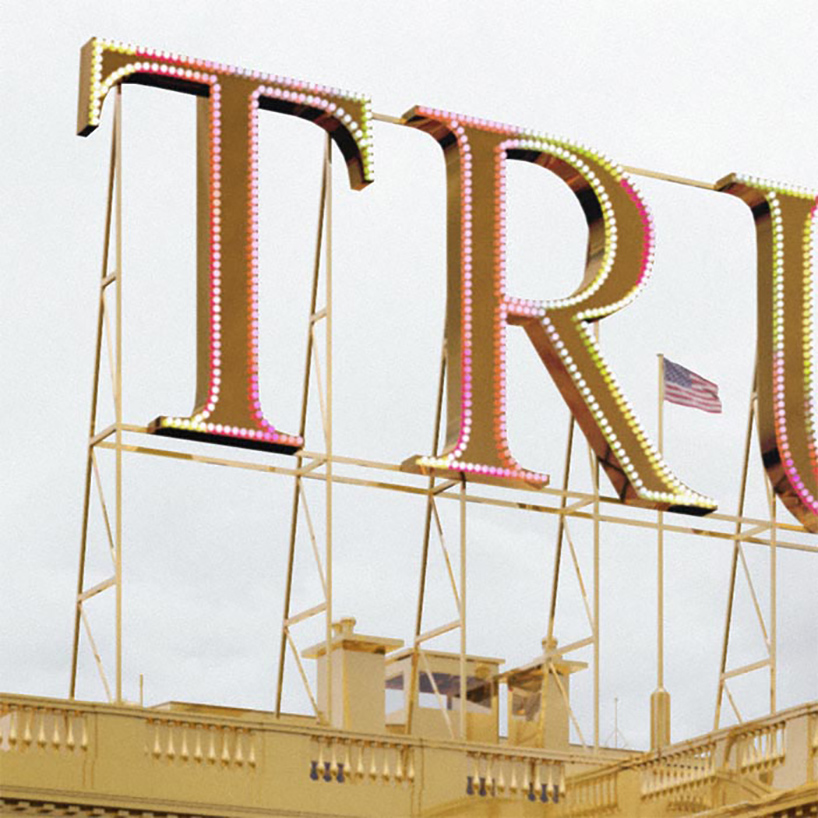 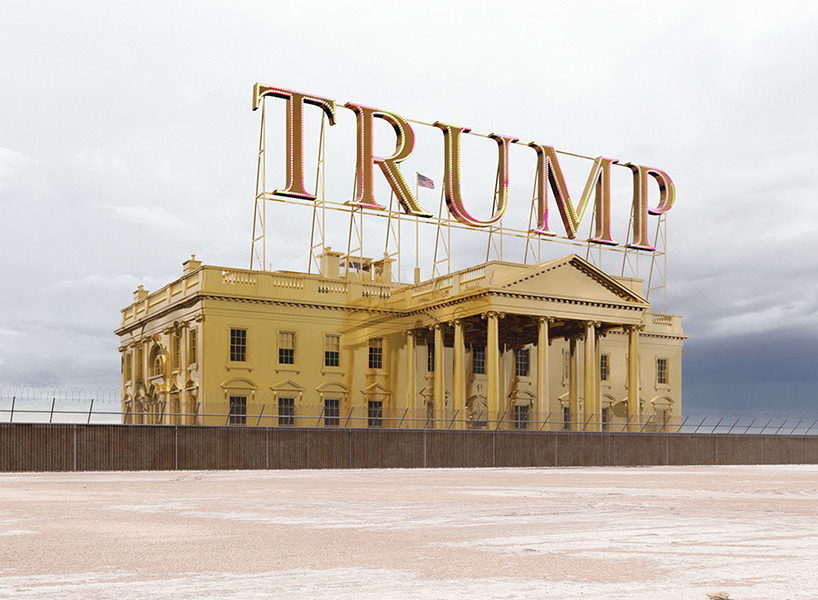 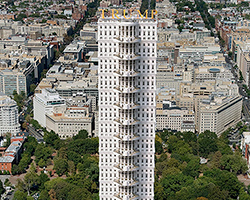 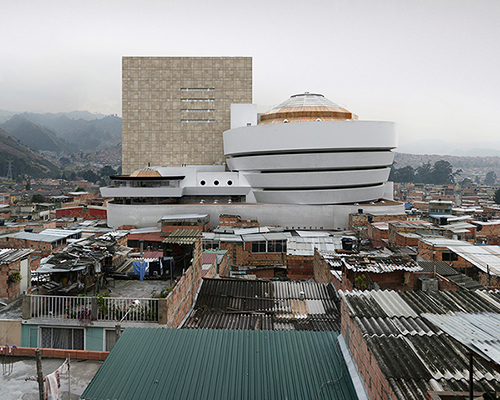