expanding his ‘future nostalgia‘ collection, victor sonna has developed another unique bicycle called ‘ipsum’. the construct follows the same guiding principles as its relatives, collaging a series of aged industrial elements to articulate the standard components of a regular vehicle. as such, the handle bars, seat, and frame have been recreated by hammers, rakes, pliers, and springs. each component has its own distinct history, with multiple forms of deterioration such as rust and scrapes randomly dispersed throughout their surfaces in ode to their previous functions. behind the haphazard aesthetic is a layer of structural finesse, utilizing screws, washers, and nuts along with welding to ensure the construct’s stability. 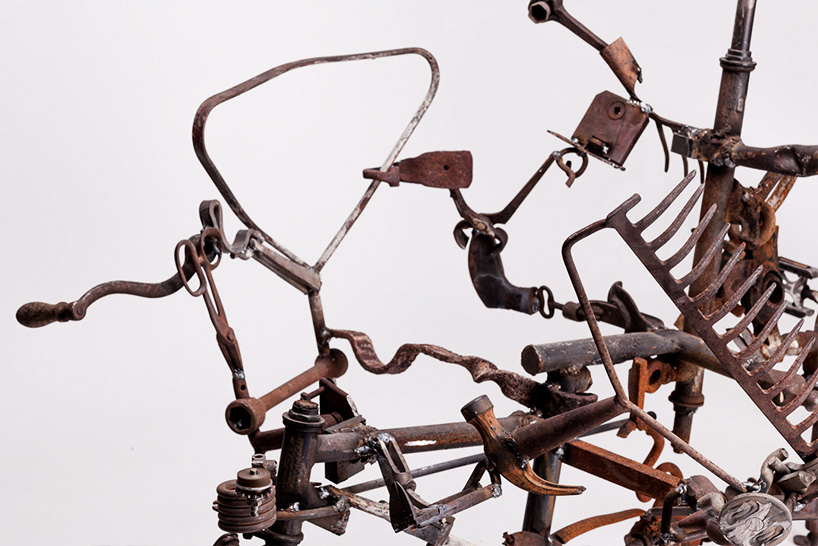 each piece is an old tool or industrial element

sonna describes his work as the following:

‘all we are surrounded by is in transience.
what narrative remains while I transform the presence of things?
the strength of destruction is my motivation to create.
… a quest for the beauty of the imperfect.’ 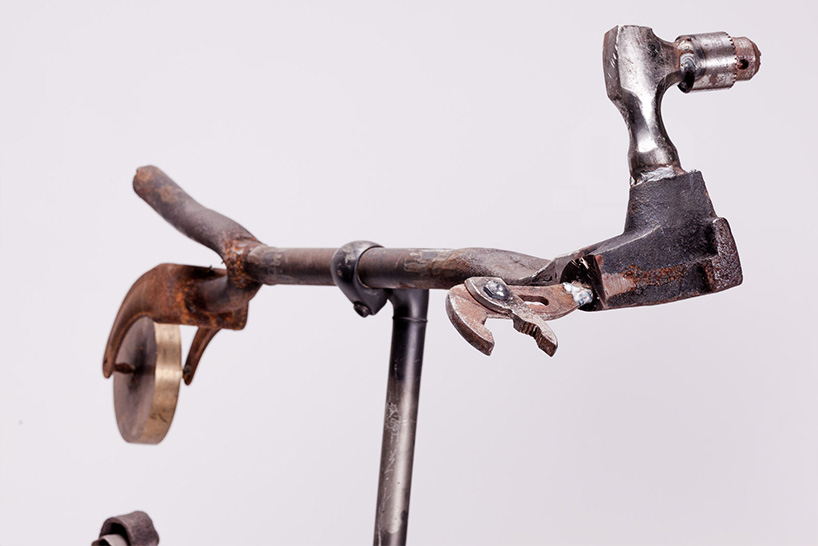 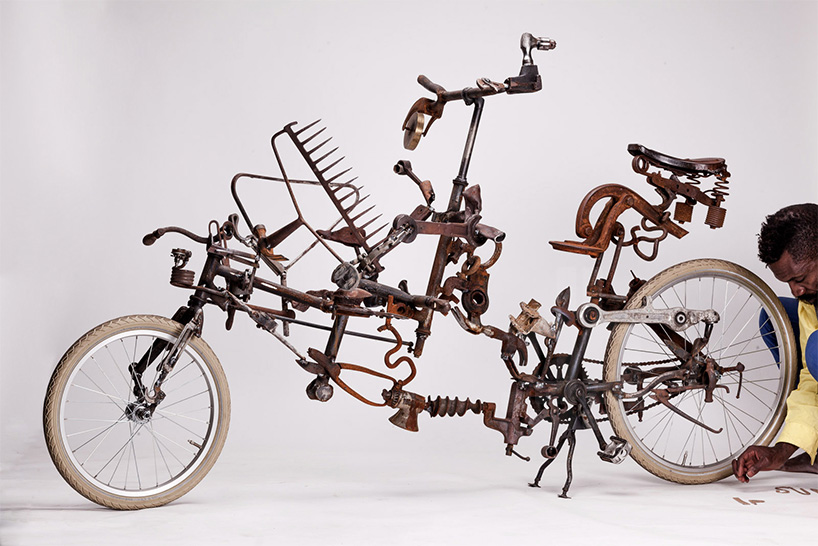 sonna painting typography by hand for the photo session 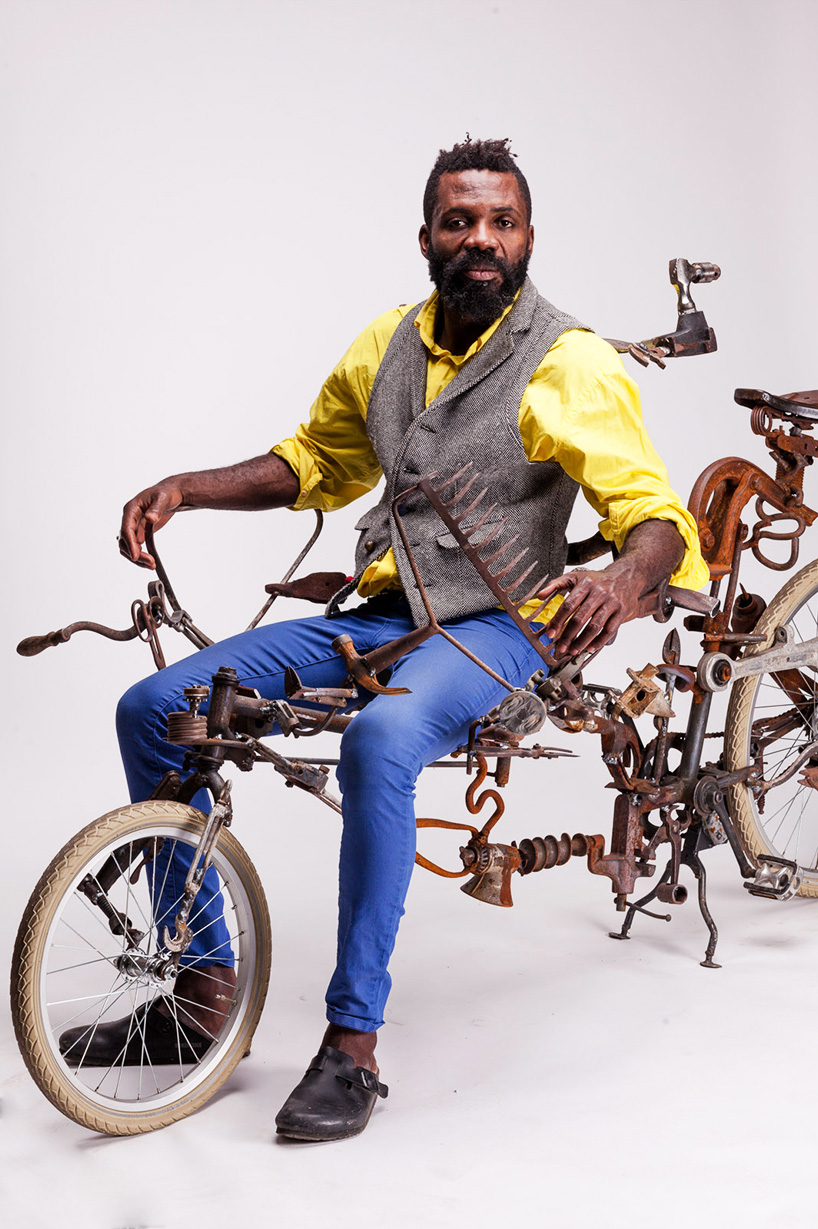 the artist sitting on his creation the cassette and rear derailleur 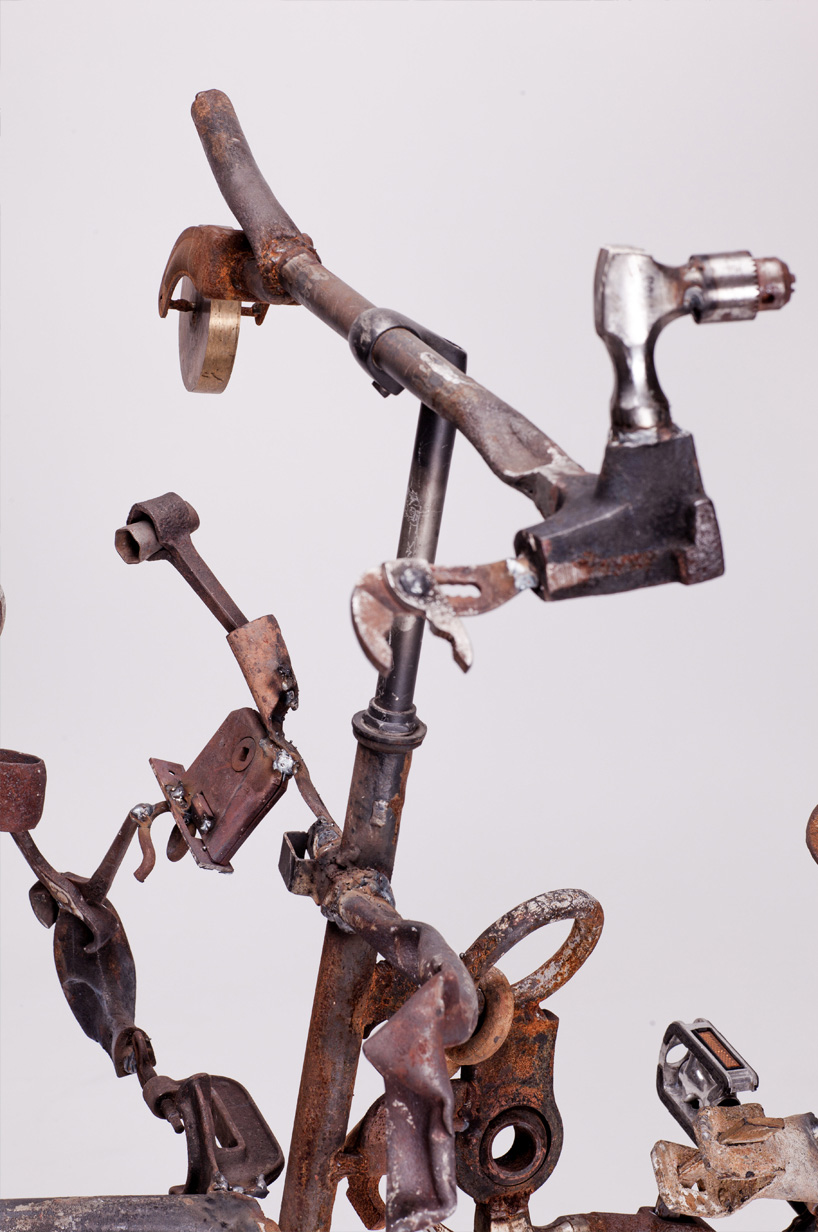 the pieces are decorated with rust and chipped paint 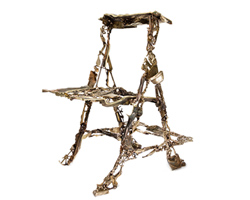 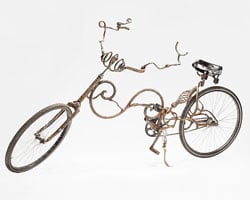