vincent de boer reverses the order of audio and visuals in the production of a music video with ‘the stroke’, an animation film (above) that features music improvised on the very first viewing. a collaborative effort between the dutch artist and london-based jazz band ‘ill considered’, the video is made of 4056 hand-drawn frames and the audio, which was later composed as an immediate response to them. ‘after a two-year-long period of drawing 4056 frames, the musicians of the band had still never seen any of the visuals of the film,’ de boer tells designboom. ‘the music was improvised on the very first viewing of the film – a very exciting moment, almost nerve wrecking to be honest.’ the process behind the making of the video was captured by bram broerse in the film ‘the creation of the stroke’, which you can watch below.

since 2017, vincent de boer has collaborated with ill considered for their album covers, which he creates in response to the music. in ‘the stroke’, the dutch artist decided to change the order of the process, discovering new challenges and possibilities in the creation of a music video. the animation film tells the story of a brush stroke: a trace of a movement performed by the artist with his instrument, the paint brush. the 4056 drawings produced have been divided between 338 LP boxes with the 10th vinyl release of ill considered, while each box includes 12 unique drawings that amount to one second of the film. read more about ‘the stroke’ and the process behind its creation in our interview with the dutch artist below. 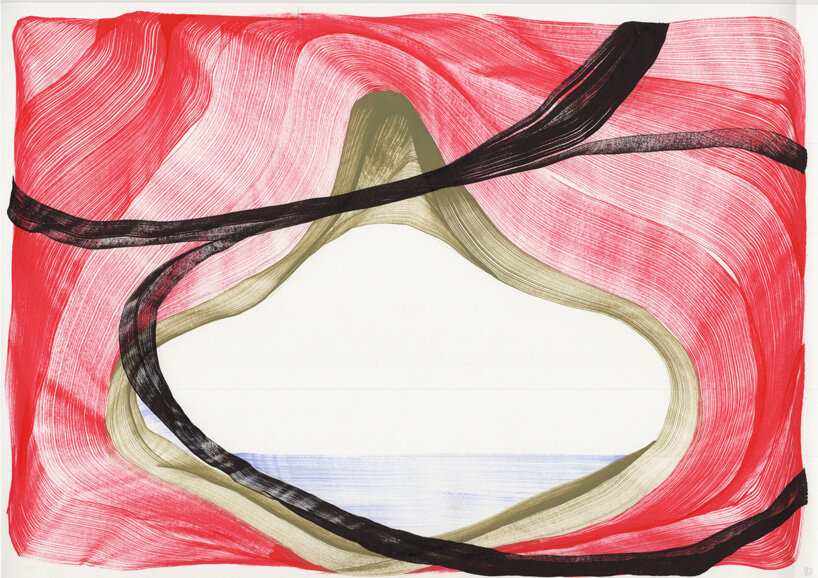 designboom (DB): why did you decide to team up with ill considered for the music?

vincent de boer (VdB): I work together with the band since 2017 for their album covers. working together goes very naturally and soon it became a fruitful collaboration, in which I became part of the band as the only non-musician. at that point I inevitably started to think beyond the album cover, I took on all visual output responsibilities.

since the start of my art practise I make album covers. firstly for hiphop artists, later also for electronic music producers. I was kind of ‘waiting’ for a band like ill considered, so when I discovered the band I directly contacted them and we started our collaboration from the first album on. the first album was a self-released ‘white label’ vinyl record. from the second press on the same album had my painting on the front cover. 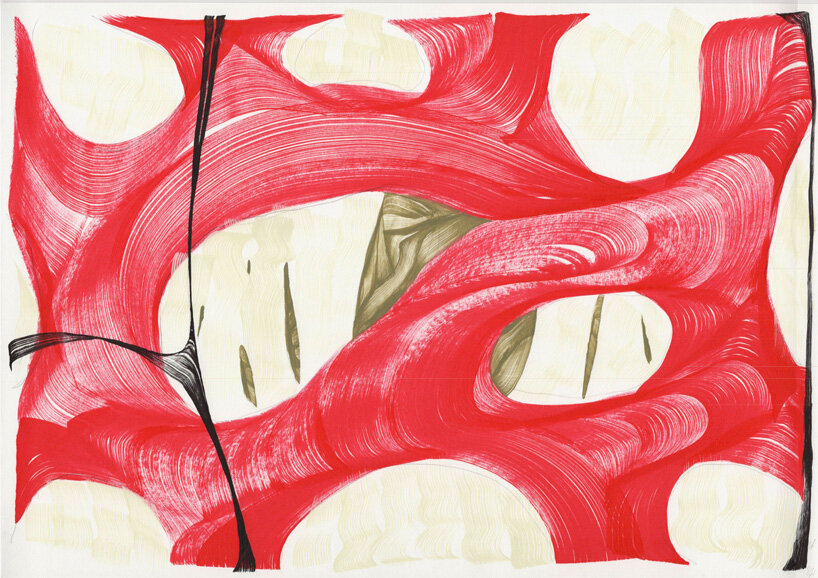 DB: how did you first come up with the idea to reverse the roles of audio and visuals in a music video?

VdB: well, at first there was an idea to ‘just’ make a videoclip, and I already had some of my favourite tunes from the band selected. but ill considered is a very special band, in the sense that they’re extremely productive. releasing four full length albums in one year is no exception. so by the time I’d be finished with my project, there would already be a few new albums and the music would be ‘outdated’. a large part of their catalog is (partly) improvised, that explains the rapid releases. long before I started drawing for the film, during a phone call with leon brichard (the former bass player and a co-founder of ill considered) the idea arose to make this film for improvised music. after all, improv plays an important roll in the band. it would also solve the problem of not knowing which tune I’d select for the film. not long after that phone call I realised what I was about to do and I started drawing. after a two-year-long period of drawing 4056 frames, the musicians of the band had still never seen any of the visuals of the film before. the music was improvised on the very first viewing of the film. a very exciting moment, almost nerve wrecking to be honest. 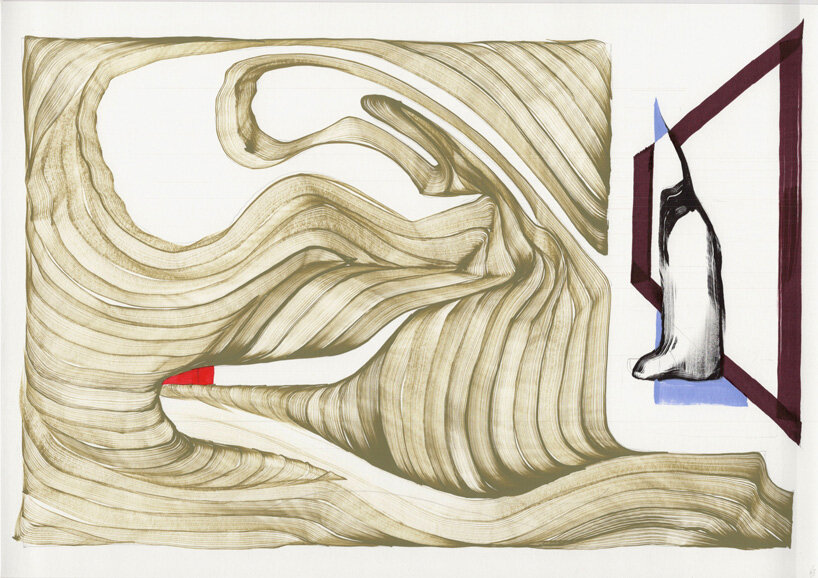 DB: what was the process like behind creating ‘the stroke’?

VdB: many long days and nights in my studio! it was a very intense process, a sort of drawing marathon. but because of the project and my collaboration with the band being so dear to me, it was not very difficult to give so much effort. when I started sketching and testing, nothing was clear yet. along the way, after testing some scenes, I began to understand what type of movements and drawings worked better than others. I had to find out in the same way that the whole film would have the best feeling if all frames were drawn by hand, frame by frame. I did quite some tests with moving-stills, which I really disliked. I did also quite some tests where I did the colouring of the frames digitally after the drawing was digitized. I was expecting this to save some time but it didn’t. slowly it became clear what my working method would be. the estimation of four months of drawing-time turned out to be wrong; it took 9 months instead. 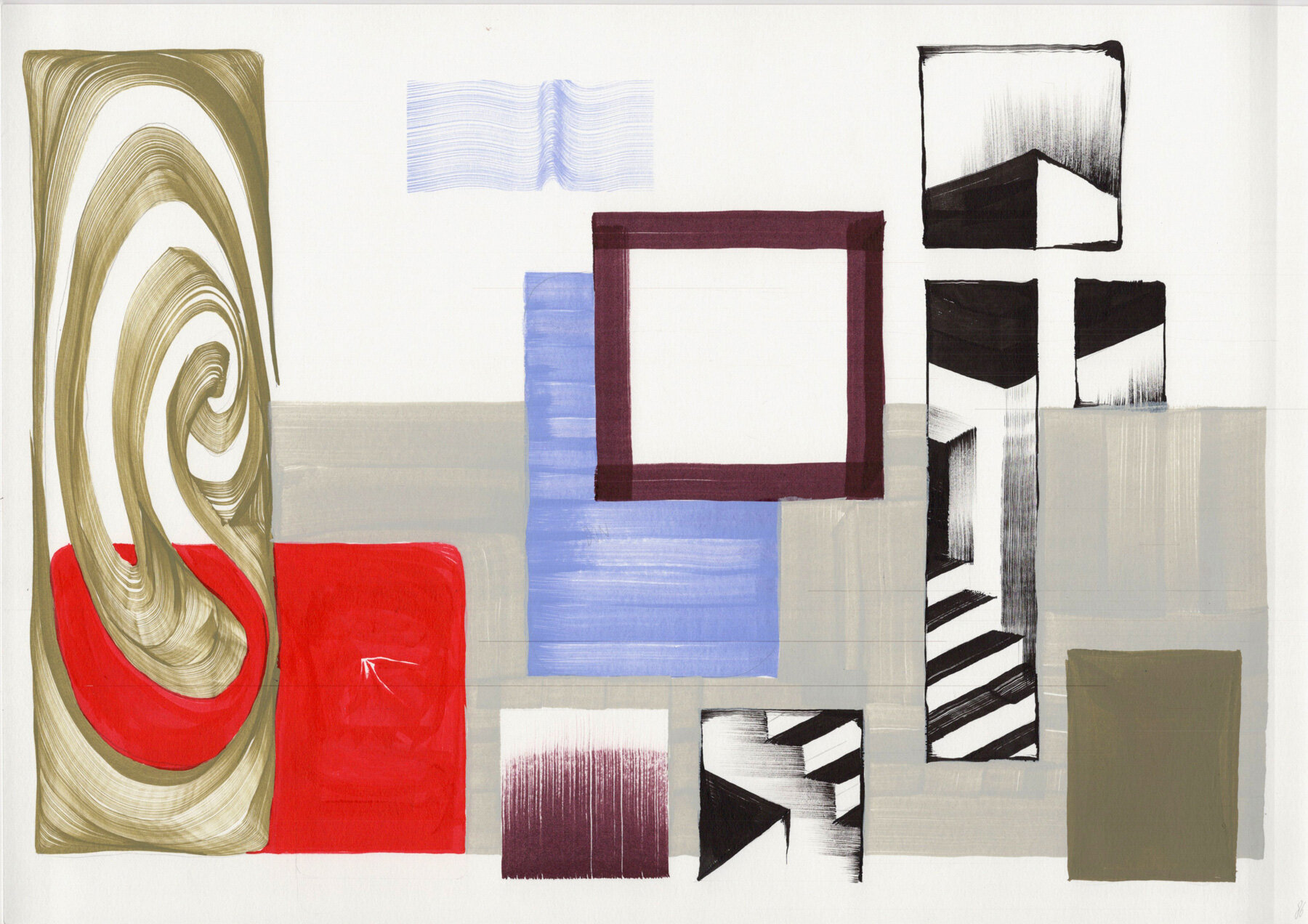 VdB (continued): fortunately hans schuttenbeld, a good friend and fellow artist, joined me in the process. he came to work in my studio every other week for almost nine months. we have a special collaborative focus, in which we try to eliminate all input of the outside world and make very long working days. with barely a phone or email-box. we eat, drink, work and sleep in the studio during these weeks. my studio is in the forest and there is lots of space, sometimes we take walks or just watch a movie and have a beer. hans is, just like me, a big fan of the music of ill considered and we were on exactly the same page about understanding how the visuals fit the audio of the band. 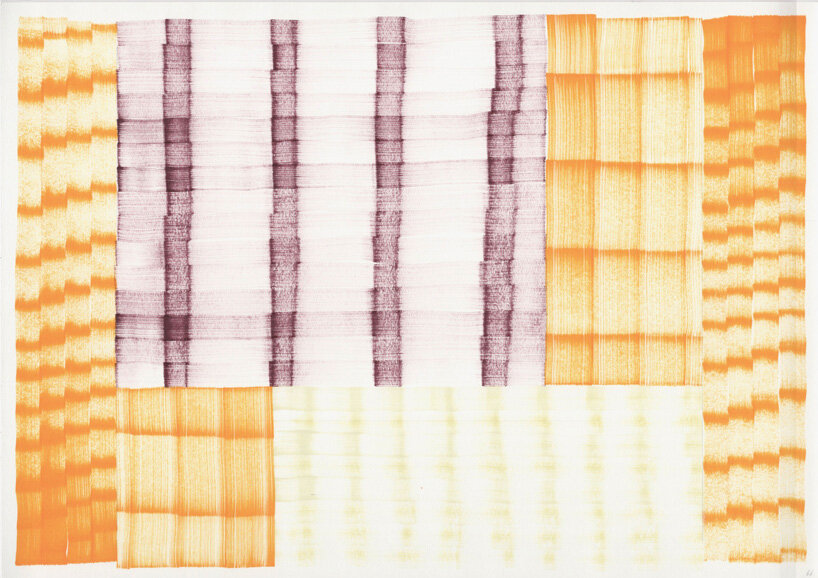 DB: how many drawings did you produce for this project, and, is there a particular theme tying them together?

VdB: the film is 338 seconds long, 12 frames per second, 4056 drawings in total. including all the deleted scenes, end-credits and tests it might go over 6000 drawings. there’s a few key elements in the film: the brushstroke, improvisation (musically and visually) and the ‘travel’ from ear to eye. I am very interested in the way how music unleashes the visual imagination. after years of trying to capture and ‘archive’ what goes on in my visual mind when listening to ill considered, I was enormously tempted to make these ideas move and create a video with it. 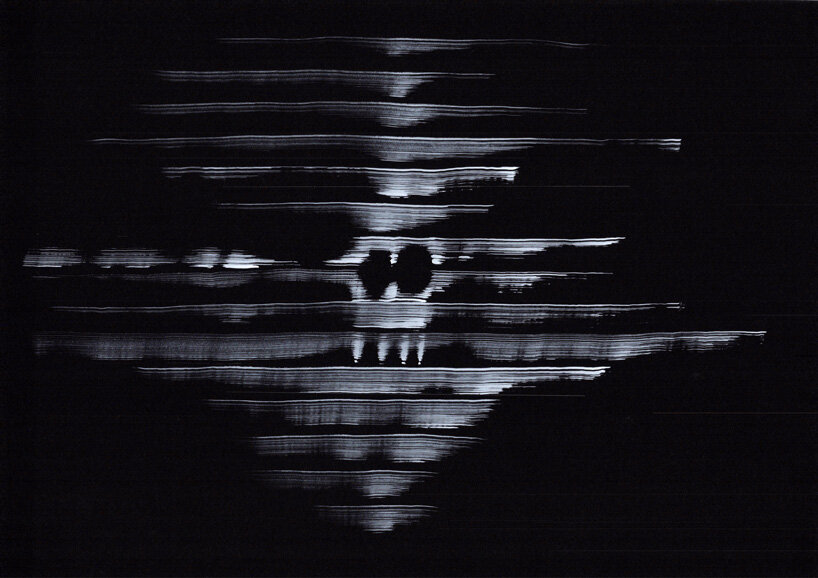 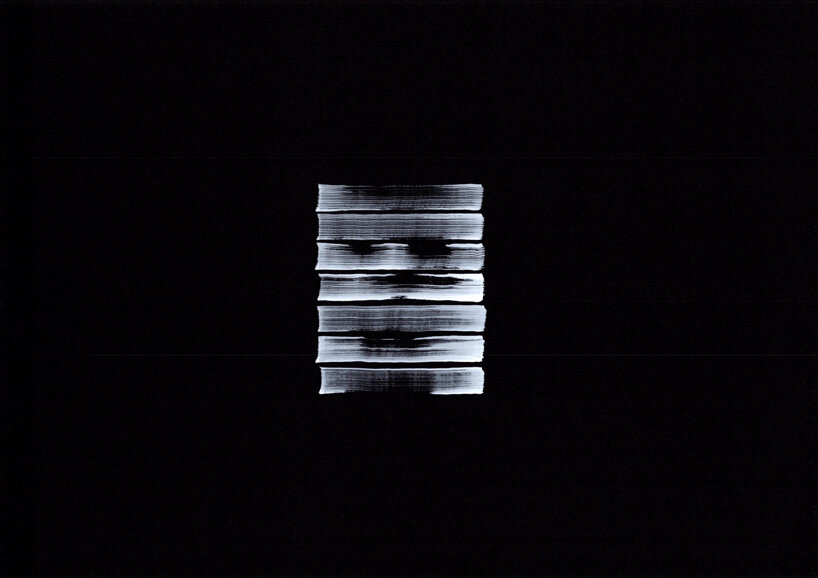 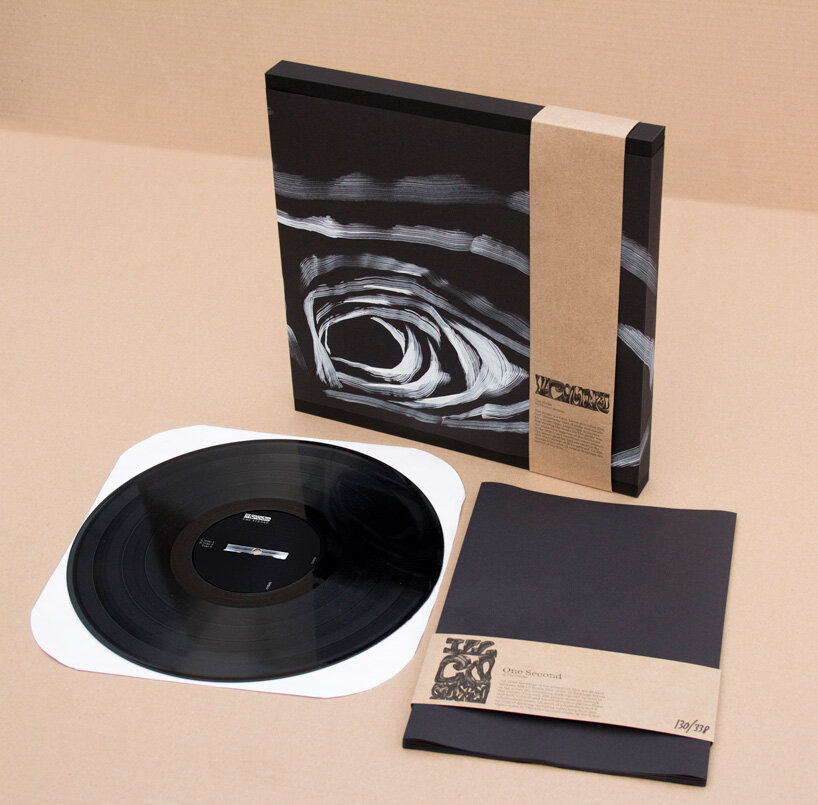 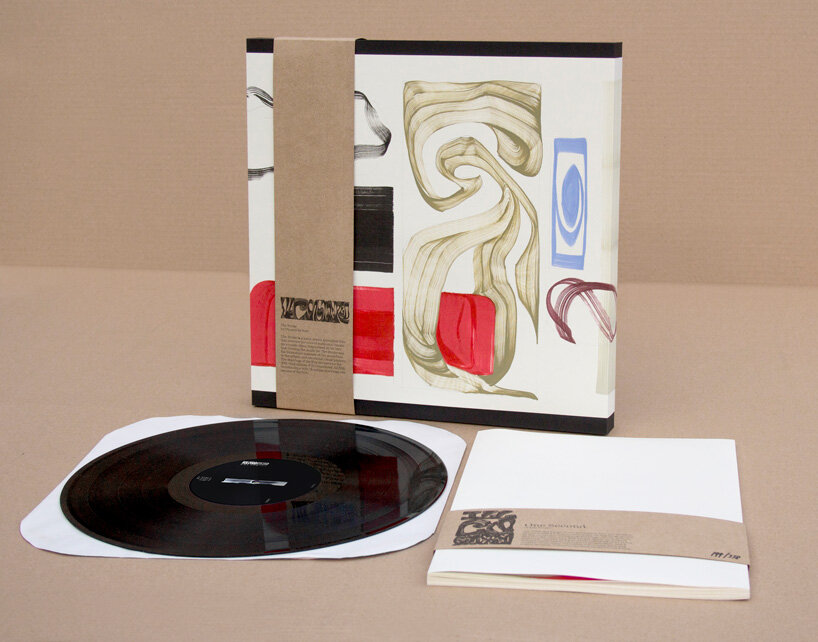 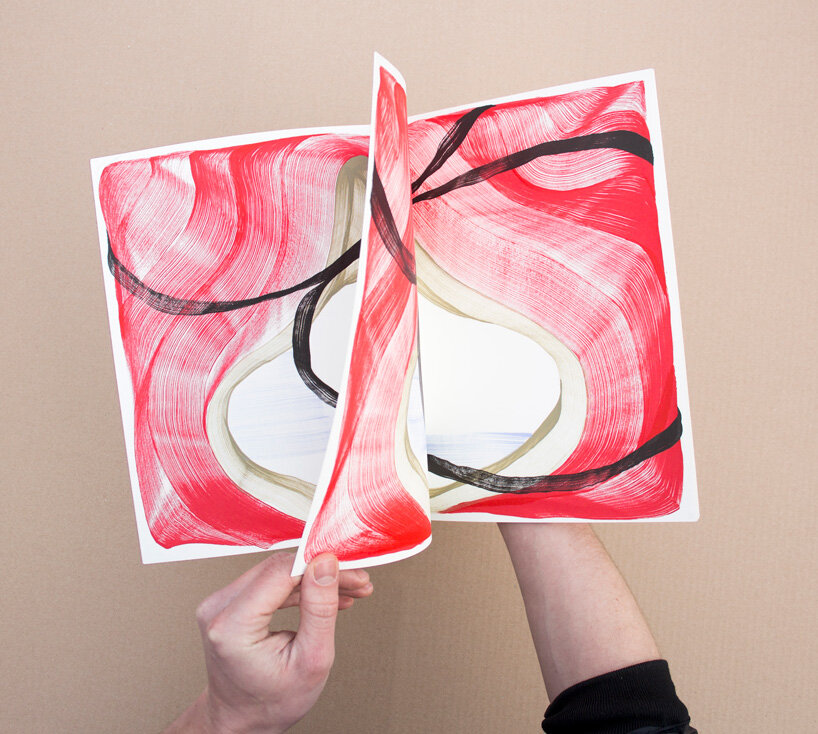 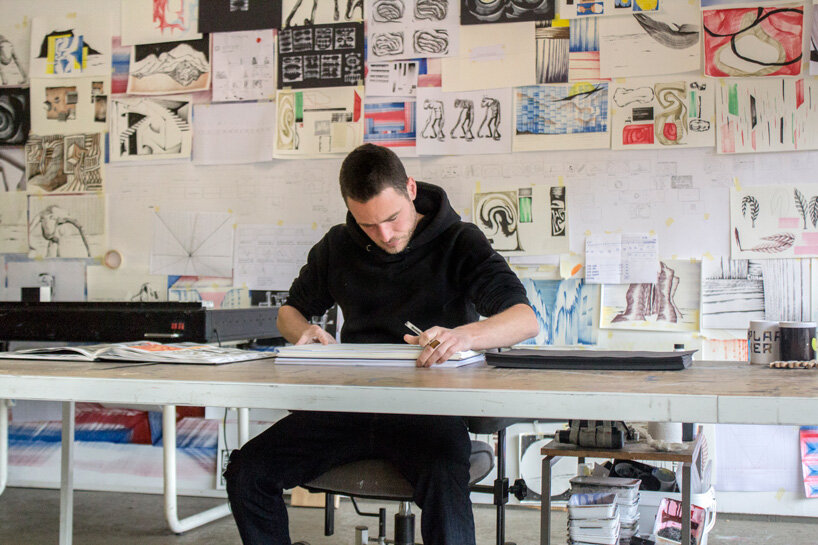 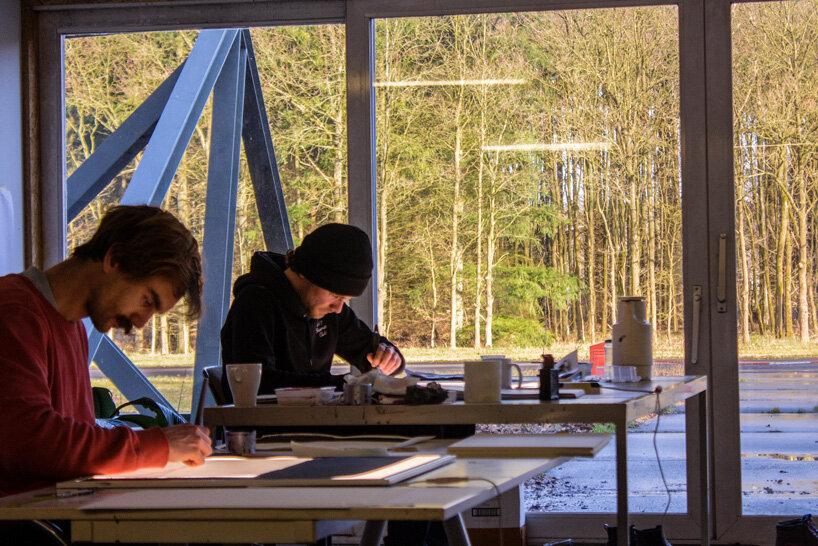 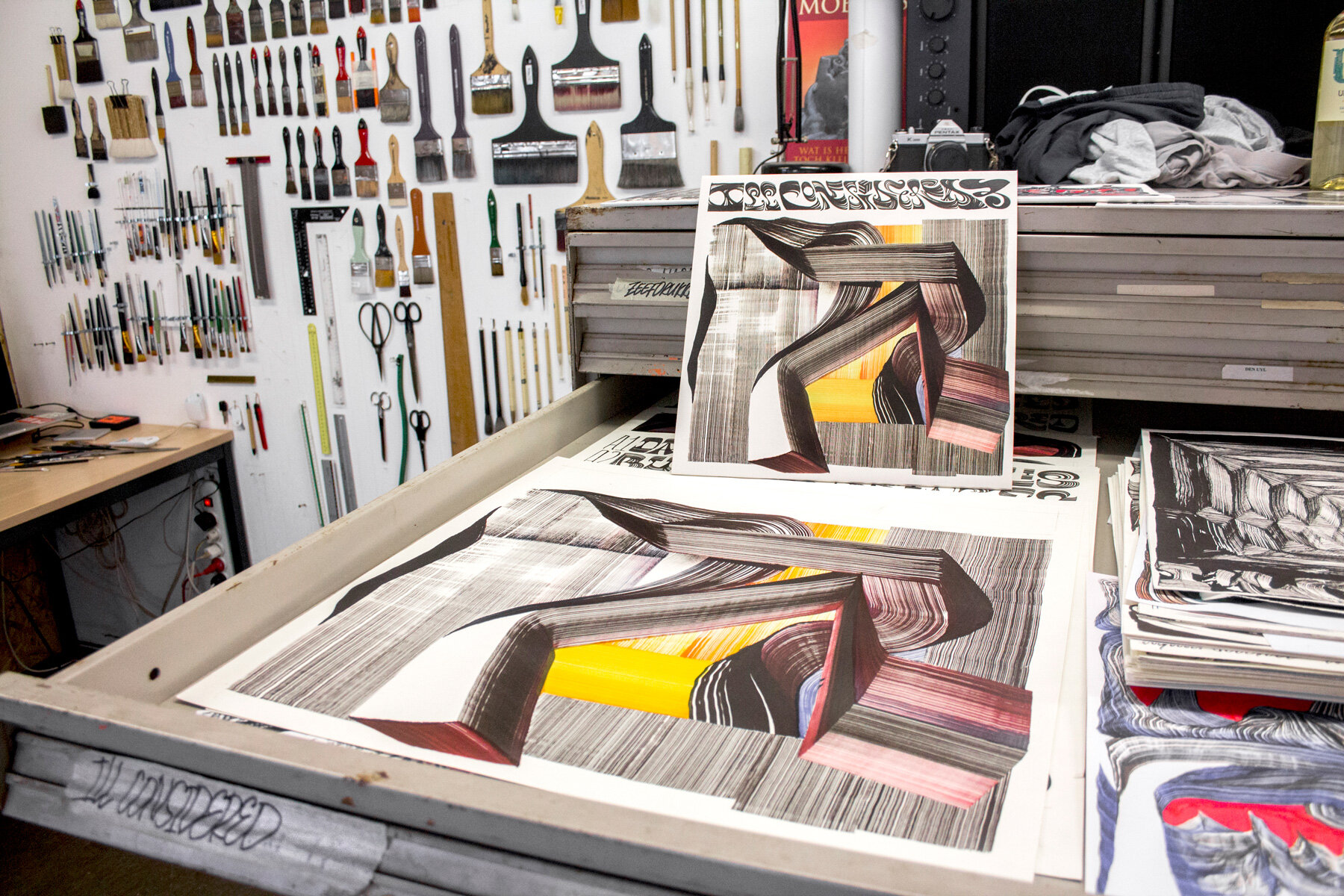 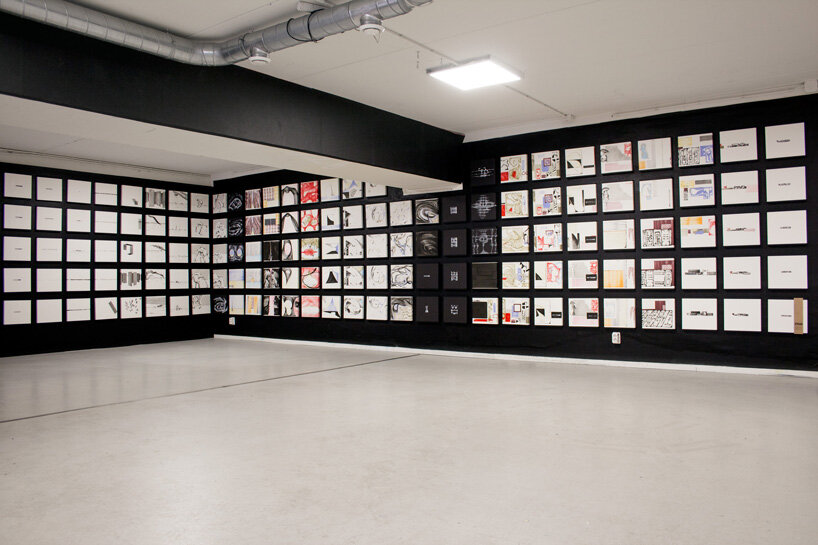 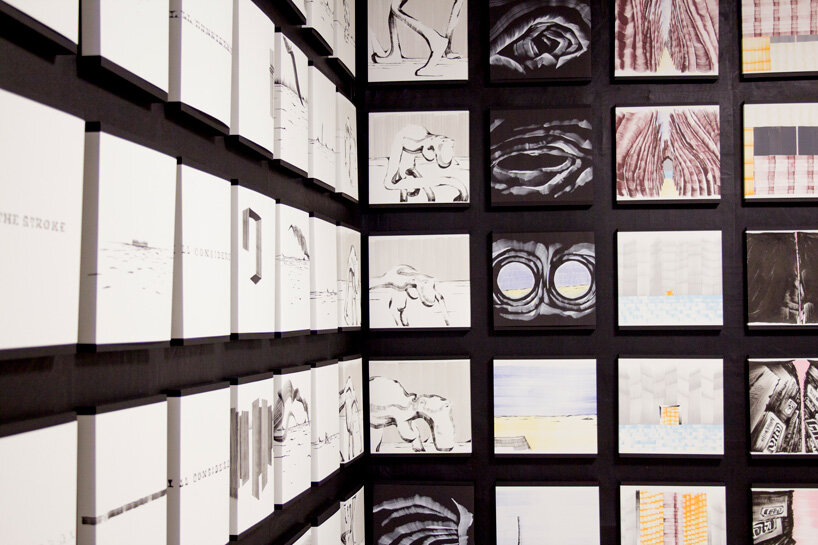 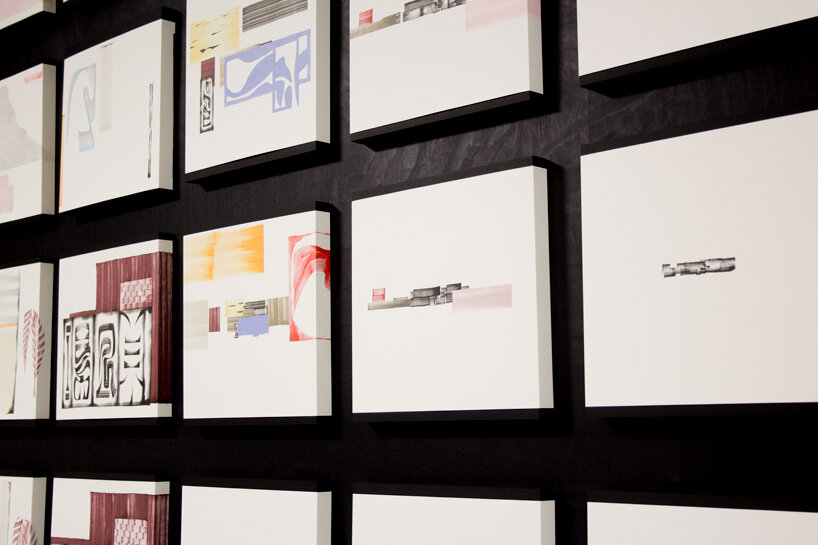 ‘the creation of the stroke’ film: bram broerse / studio airport