the most likely view of many a vegas vacationer is a spinning slot machine and a hotel pool — not photographer vincent laforet, who’s view of the city’s crazed casino buildings and animated architecture began at an altitude of 10,800 feet. his series ‘sin city‘ takes the viewer 8,799 feet above the brightly lit-up strip, documenting a vantage point that has likely never been captured in this way before. neon colors and geometries emitting from countless billboards, banners, cars and casinos visualize as a surreal landscape reminiscent of a computer motherboard or a memory chip. this hypnotizingly huge metropolis is pierced by an almost tangible electric current of LED lights meandering from building-to-busting-building, with a pattern of perfectly rectilinear streets organizing the modern and basic layout of the city. 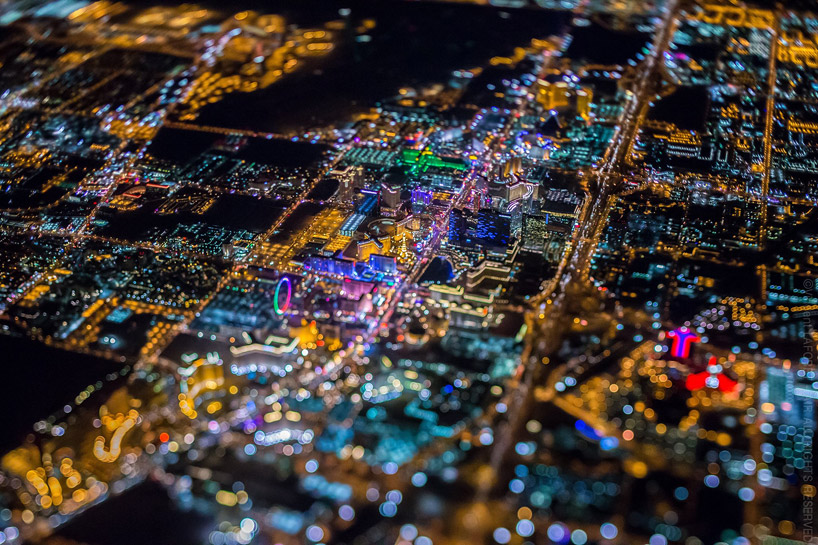 in terms of post-production, very little was required to make the result as striking as it appears, laforet describes: ‘I’ve spent a maximum of 30-60 seconds max per photo in terms of color correction – with adobe’s lightroom application. what you see here is what the camera is picking up (a canon 1DX and a phase one credo 50 mp body – each set to 6400 iso). you are seeing a mix of yellow tungsten light, with green fluorescent lights, and very blue LED daylight balanced lights. clearly these images wouldn’t have been possible two years ago. this is due to the fact that cameras were not sensitive enough to low light as they are today, and the fact that led lights were not as prevalent in cities as they are today. in many ways this is the perfect photographic storm. LED lights are responsible for the intense colors you see in these photographs and notably the deep blues and intense reds.’ 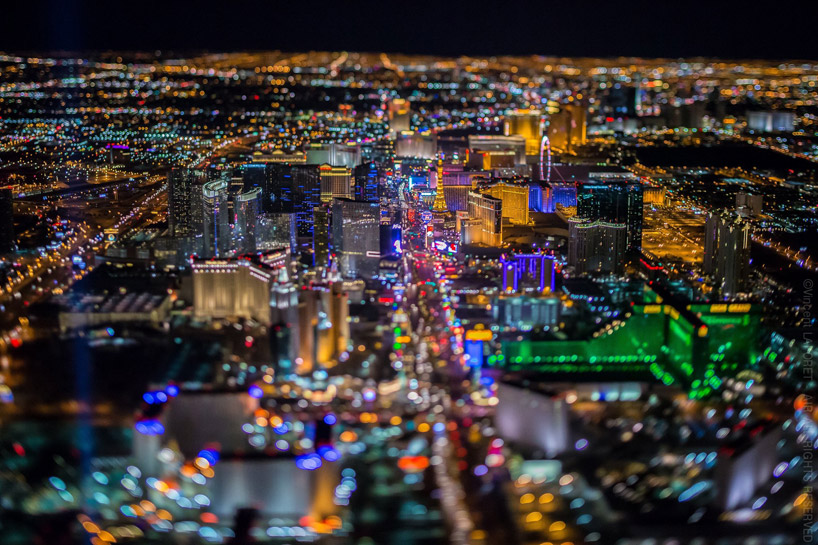 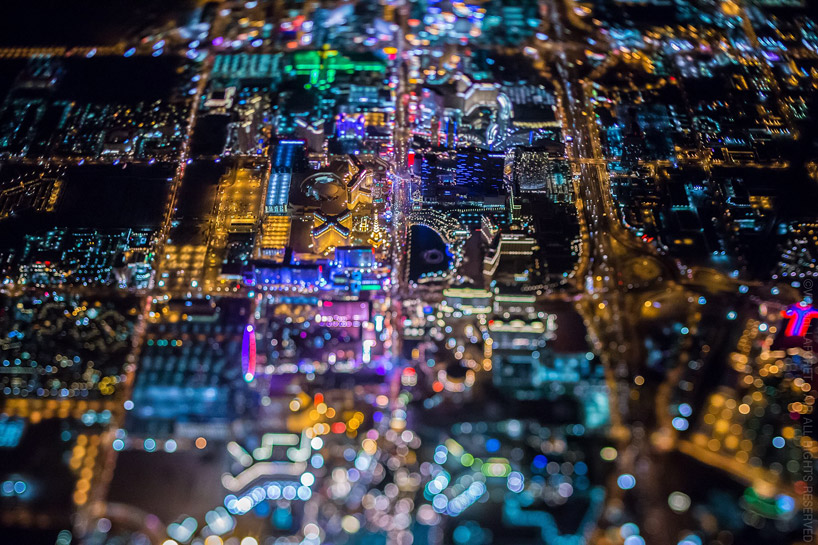 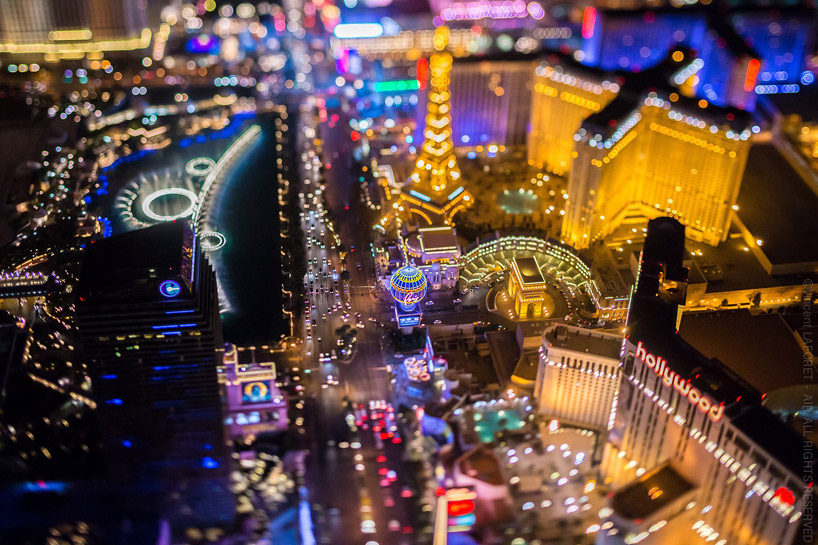 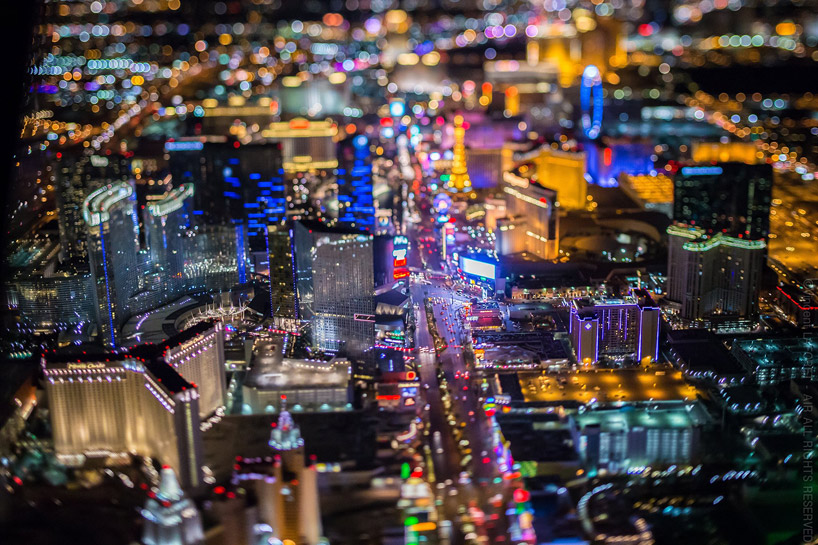 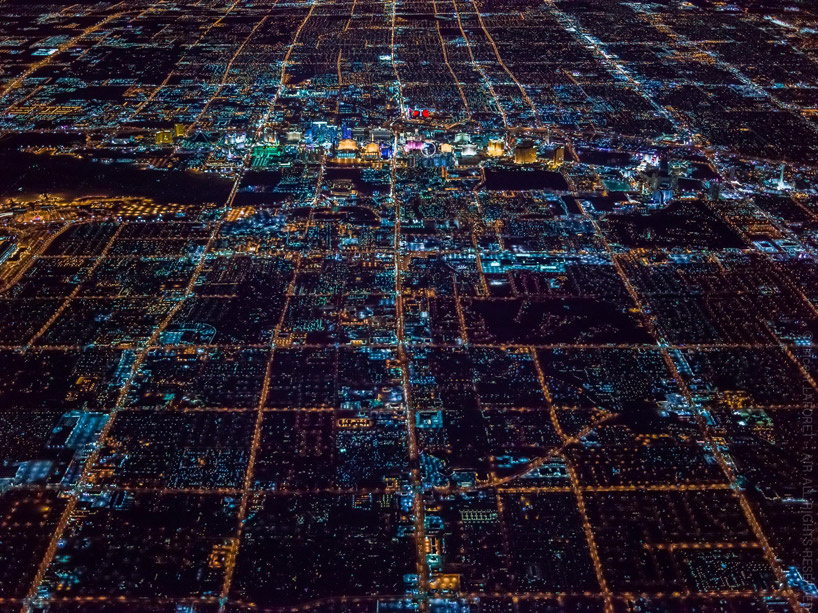 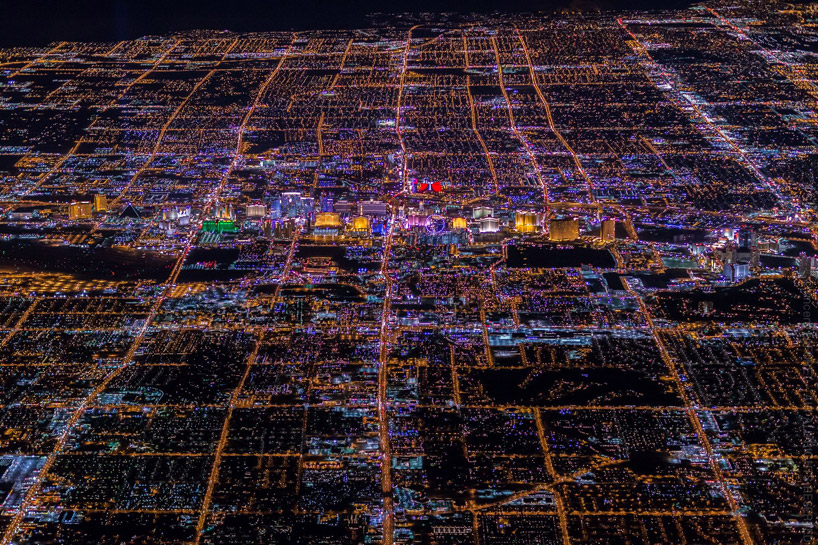 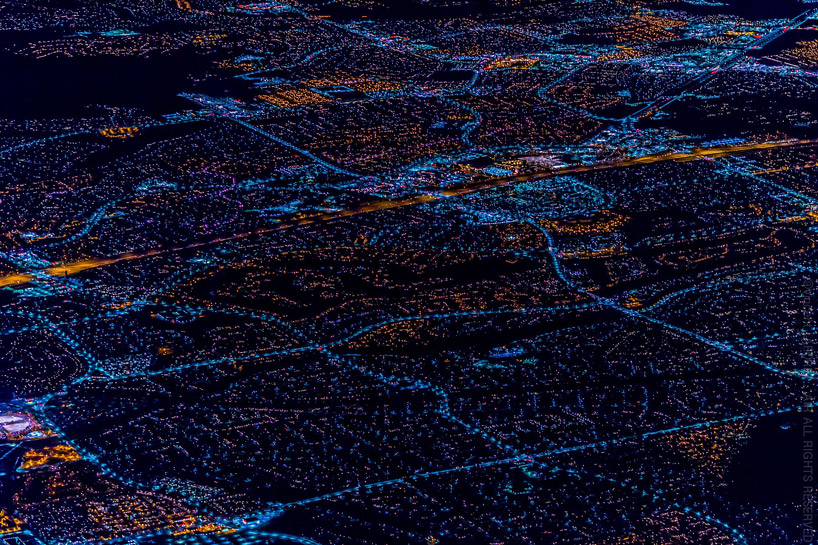 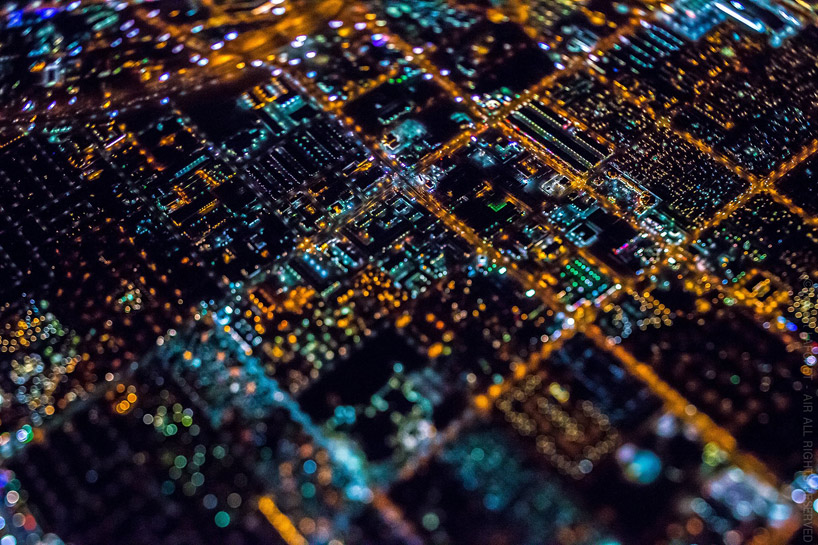