from now until may 10, 2015, vincent lamouroux transforms silver lake’s vacant ‘bates motel’ — notorious throughout filmmaking and made famous by alfred hitchcock’s ‘psycho’ — into a temporary art installation. radically punctuating los angeles’ cityscape and interrupting an iconic piece of LA’s architectural history, ‘projection‘ — produced by please do not enter — covers the entirety of the building, including its surrounding palm trees and billboard with an opaque white limewash. the bleached structure creates a stark visual contrast set against the clear blue los angeles sky, inviting an interpretive experience for visitors without a possible point of physical entry. 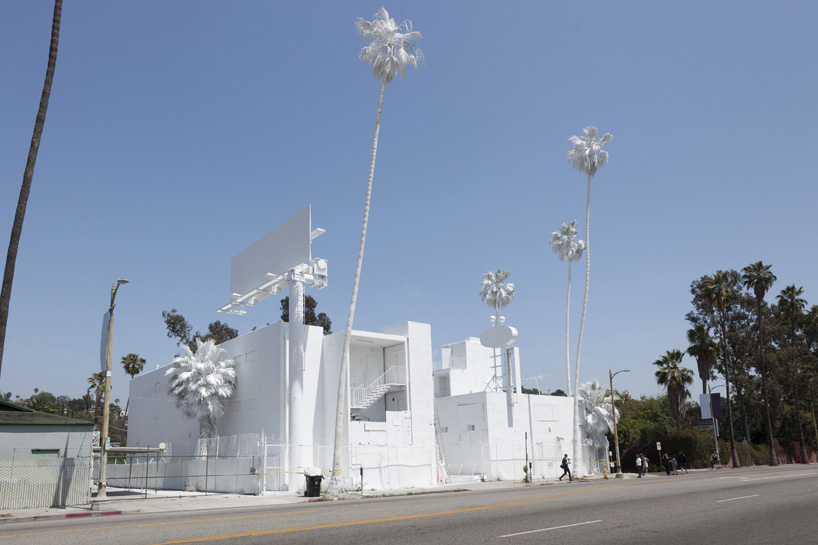 the hotel’s slated demolition, along with the city’ state of perpetual cultural revitalization, motivated the french artist’s reinterpretation of the site, transforming the materiality of the space by petrifying it — literally. the ecologically safe materials that cloak the building will eventually erode in real time throughout the course of the installation’s finite life span.

‘projection induces both an appearance and a disappearance; it revisits our existing landscape with new eyes and envisions the building’s surfaces as screens for the projection of our desires’, lamouroux describes. ‘essentially the motel – an incarnation of impermanence and passage – remains closed. the lime wash adornment thus re-imagines the building as an architectural model transposed in an urban environment. impenetrable, it preserves the indetermination that nourishes our curiosity and imagination.’ 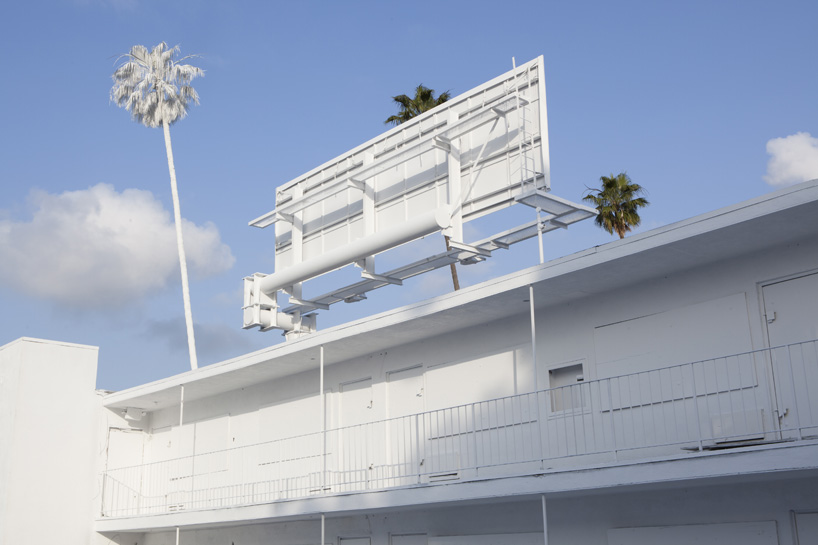 ‘projection’ invites an interpretive experience for visitors, without a possible point of physical entry