interdisciplinary art collective beanotherlab asks ‘what would it be like to see through the eyes of the opposite sex?’, answered through their open source art investigation ‘the machine to be another‘. using two immersive head mounted displays — the oculus rift — the user partakes in a brain illusion, seeing a 3-dimensional video through the eyes’ of the person they face, who follows the former’s movements. designed as an interactive performance installation, the participants engage in an embodiment experience, seeing the other’s body as if it was their own. ‘the performer is someone interested in sharing a story about his/her existence. this role can be assumed by an actor interpreting a real situation, or rather it may be taken by any person who is interested in sharing some episode about his or her life.’, the team say of the project. although this example is an experiment in identity and self-realization, beanotherlab is looking towards using ‘the machine to be another’ the device in the treatment and rehabilitation of people with disabilities. take a look at the video below to see the project in action (NSFW for some nudity): 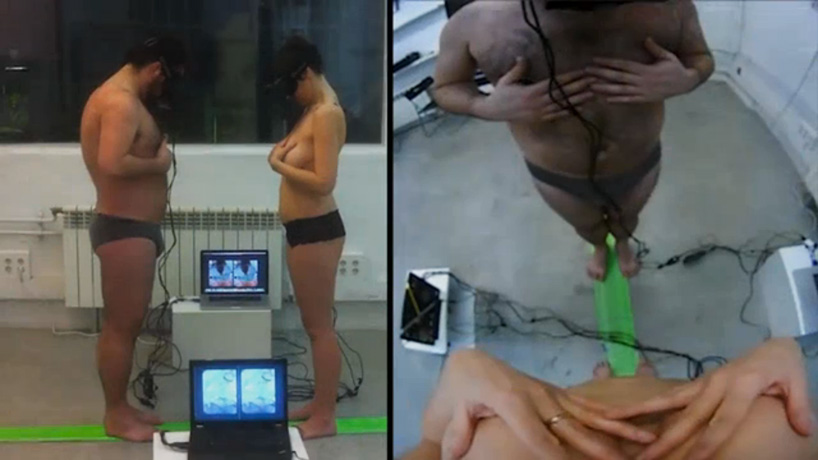