‘silenc’ by manas karambelkar, momo miyazaki and kenneth a. robertsen, 2012 all images courtesy the artists

designboom has been sent the project ‘silenc’ from designers manas karambelkar, momo miyazaki and kenneth a. robertsen. the team has created the project as an exploration of silent letters within english, danish and french for data visualisation week 2012 at the copenhagen institute of interaction design (CIID).

their project investigates the portion of a language which is silent and the potential for language comprehension with silent characters removed from the text. the three designers note that one of the most challenging aspects of learning a new language is pronunciation and the less phonetic the alphabet, the more difficult it is for the speaker to correctly sound out the words. miyazaki, robertsen, and karambelkar’s project was born from an inquisitive approach to ‘a common peculiarity amongst many western languages — the silent letter. a silent letter is a letter that appears in a particular word, but does not correspond to any sound in the word’s pronunciation‘.

for their presentation at CIID, miyazaki, robertsen, and karambelkar used processing to reinterpret a selection of works by hans christian andersen, publishing ‘the little mermaid’ in french, english and danish with all of the silent letters printed in red at a large scale. in order to read the exhibition text as the designers intended, it was necessary to utilize a red light filter or looking glass through which to view the text, eliminating the red letters, leaving only the sounded characters from each word visible. miyazaki, robertsen, and karambelkar also printed three books, manufacturing hans christian andersen’s short stories in french, english and danish with the silent letters removed from the readable text entirely, instead saved for the end to be reviewed upon finishing one of andersen’s iconic tales. 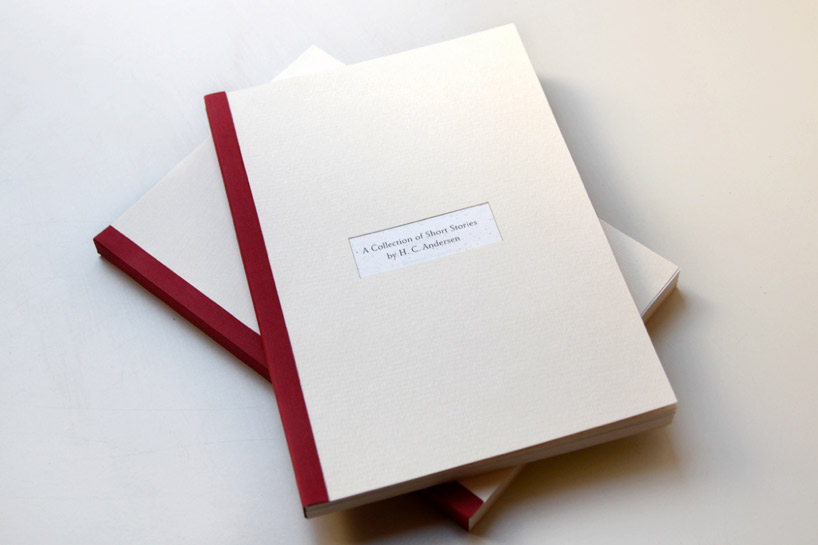 the collection of short stories with silent characters removed 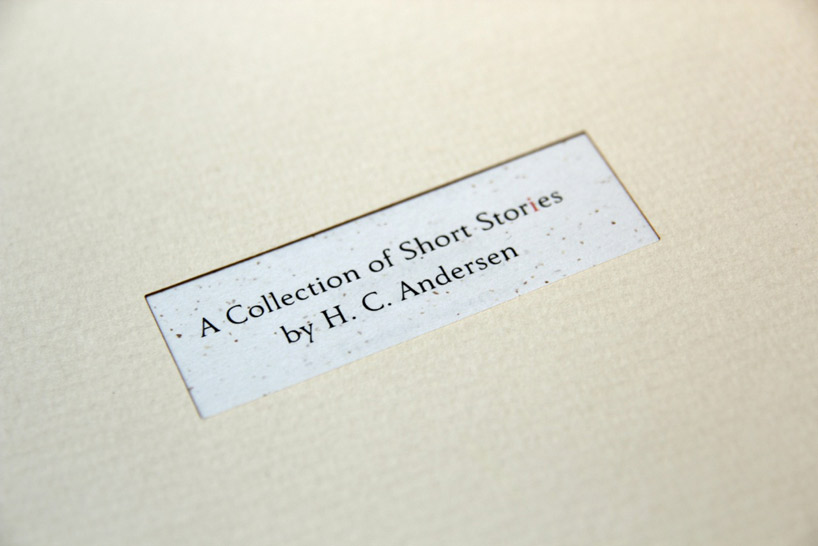 any red text throughout the project signifies a silent letter 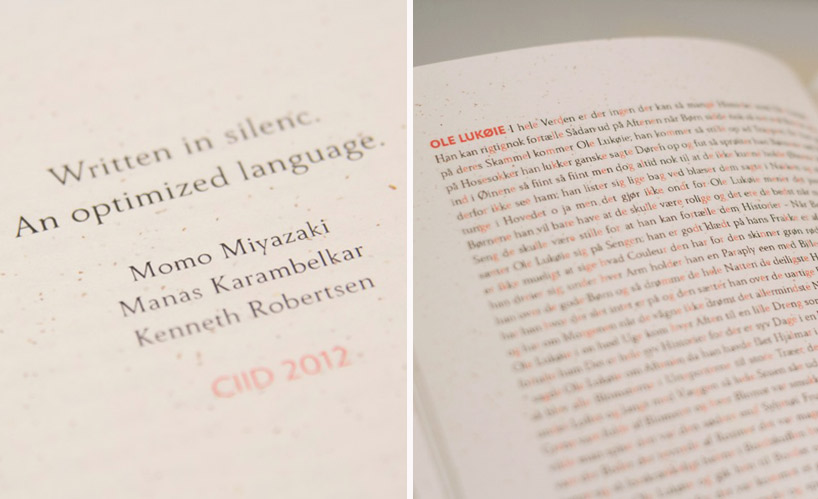 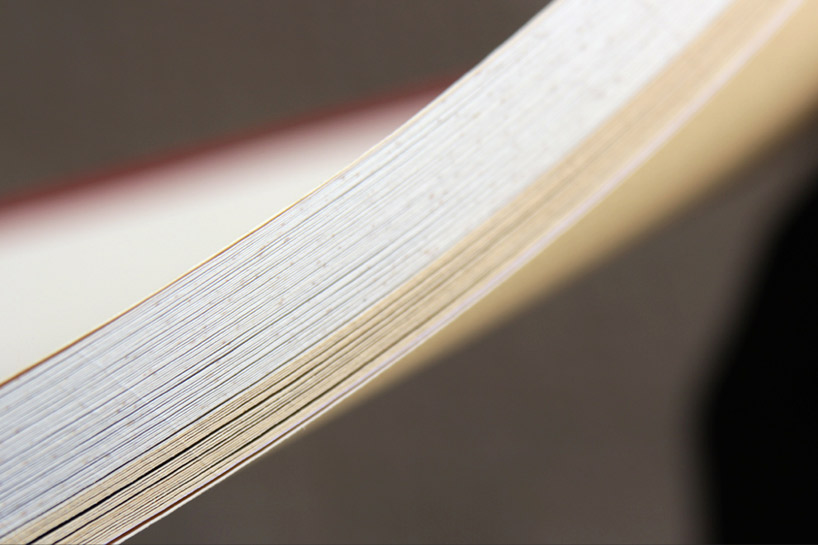 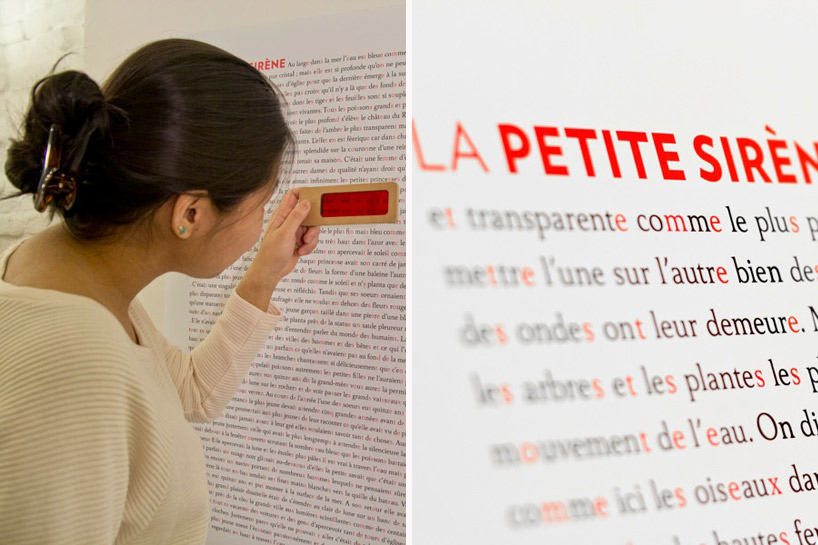 to read the exhibition text as one would the printed ‘silenc’ books, it is necessary to utilize a red light filter through which the red text is eliminated 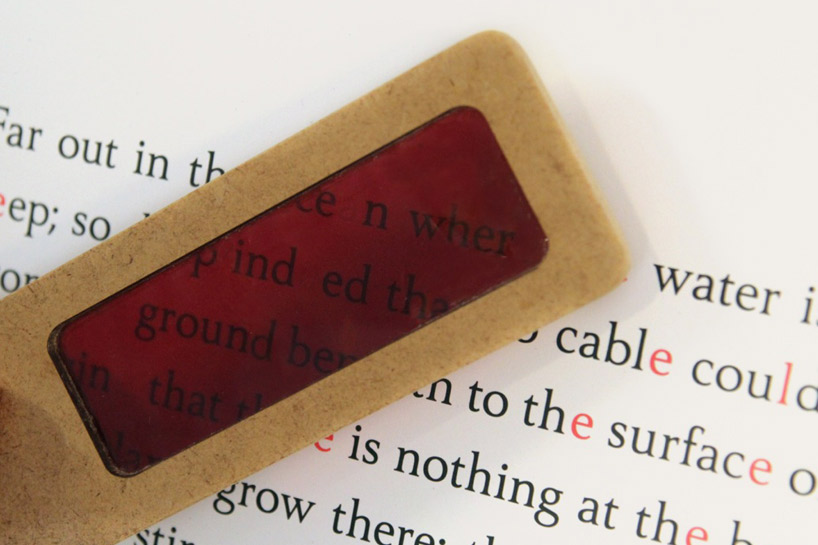 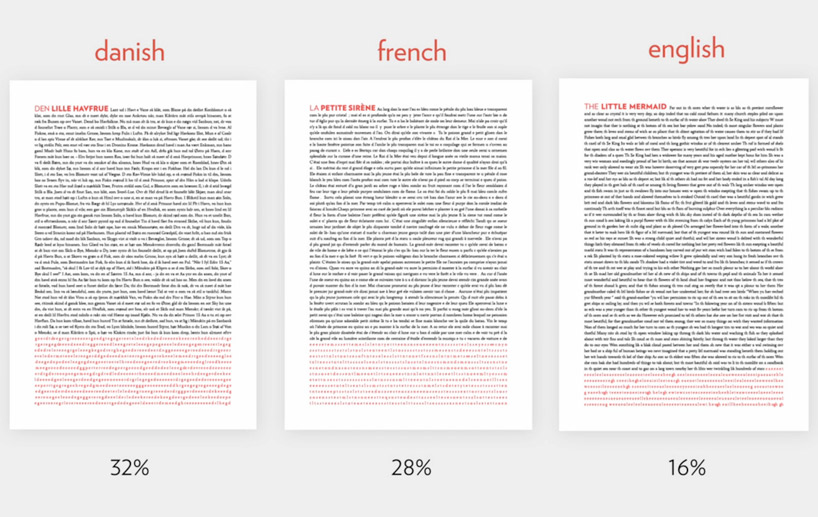