chinese artist and photograph wang qingsong is currently presenting his work as part of ‘china – contemporary revival‘, an exhibition at the palazzo reale, milan, italy. on display is a selection of more than 180 art works including paintings, sculptures, installations and videos by 50 contemporary chinese artists. on now until february 7, 2010.

close-up of ‘follow me’ photograph by wang qingsong, 2003 image by designboom

the artist’s statement: as economic development takes top priority in china’s national policies, the country has changed, and its people have changed even more. everyone appears full of aspiration and seems satisfied with the achievements of reform and rapid development, which are expressed in the chinese slogan, ‘one change a year, one big change in three years, and one unidentifiable transformation in five years.’ capitalism has ‘modernized’ our formerly agricultural country. in the last two decades, the economic reform has witnessed significant achievements-for example, being selected to host the 2008 summer olympic games and china’s entry into the world trade organization, both of which bring it into much closer contact with other countries. this rich contemporary china provides me with a huge resource for artistic inspiration. to sing highly of this new, sweeter-than-honey life of glory, i use theatrical techniques and let the camera narrate true and understandable contemporary stories. 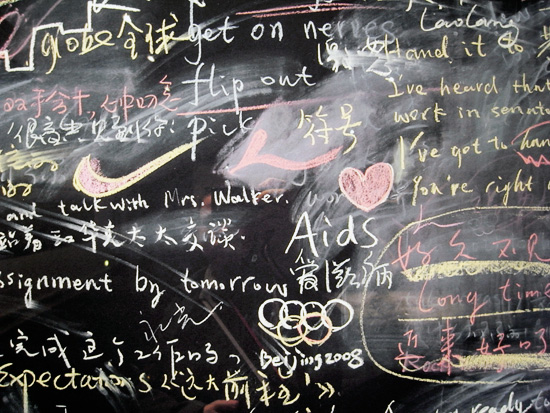 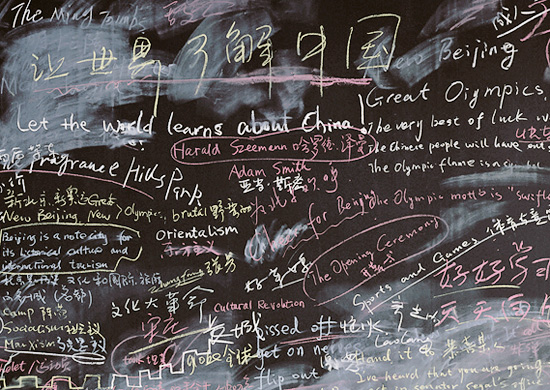 ‘i built up demolished walls of an old house. it reminded us of being allured to find treasures from rubbish when we were young. i threw in a lot of garbage, including daily waste, electrical trash, chemicals, and etc. until now, i am still not sure if the demolished houses can be excavated to find some treasures. probably bigger profits can be created from demolition itself, which are so popular in china when new high buildings replace the old houses’ wang qingsong. 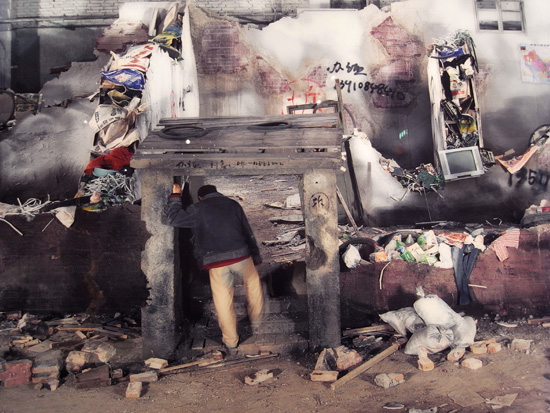 detail of ‘home’ image by designboom 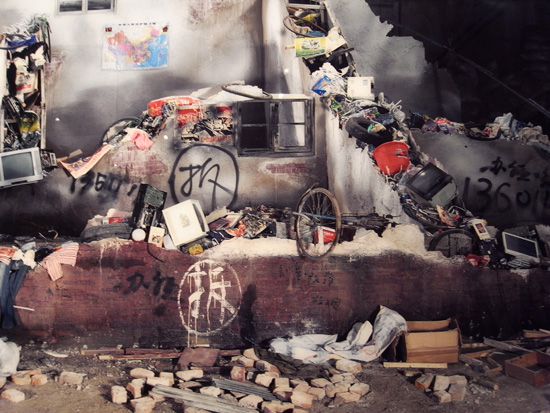 Jun 01, 2021
'art never stops' — chiharu shiota on 'living inside' and creation in quarantine
designboom spoke with the artist about the experience in lockdown that led to this new body of work, now presented at galerie templon.
art
407 shares
connections: 56