ward shelley and alex schweder have been living on a 25-foot rotating wheel made from wood, steel, and household furniture as part of a performance architecture installation. ‘in orbit’ is set at the boiler, new york where the two artists have inhabited a circular structure for 24 hours a day successively since february 28th, 2014. perched on opposite ends of the wheel — one around the inside and another on the outside — shelley and schweder must carefully coordinate their movements in tandem around the spinning dwelling, emphasizing the synergy and collaboration necessary in the everyday. various furniture and accommodations such as desks, microwaves and beds are fixed along circumference, providing the artists with the daily necessities they need to eat and sleep. the structure will remain on view in the exhibition space as an installation until april 5th, 2014. 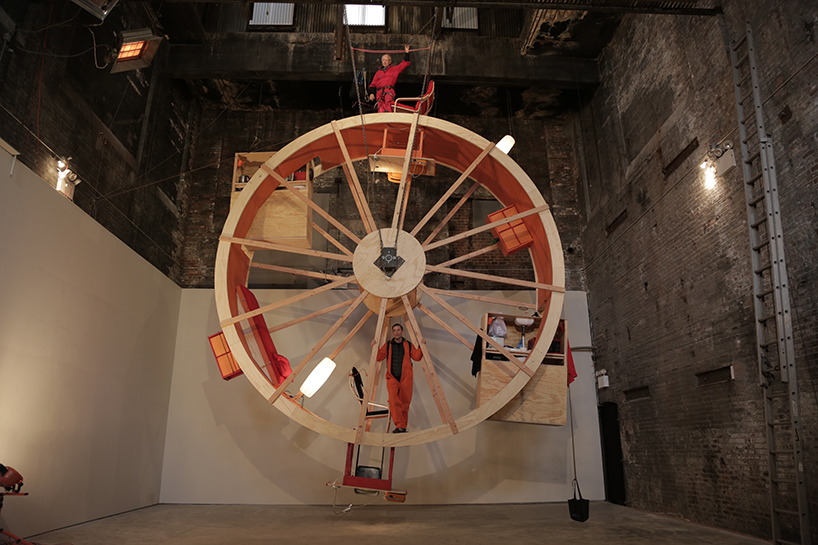 the artist duo are perched 180 degrees from each other 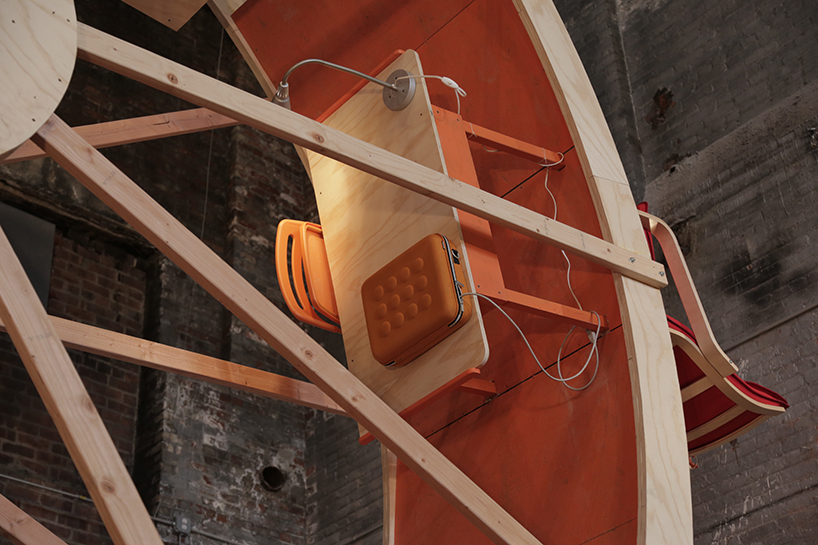 desks are fixed to the spinning unit 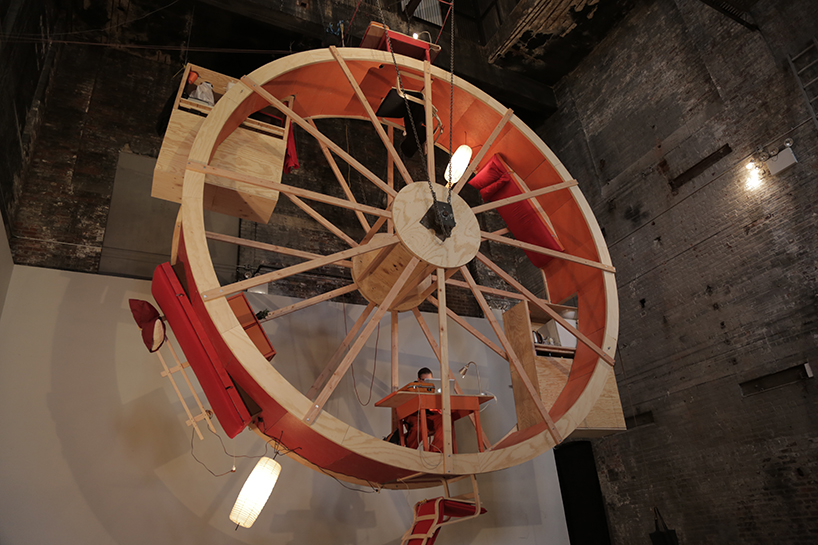 the artists in their respective positions on the wheel 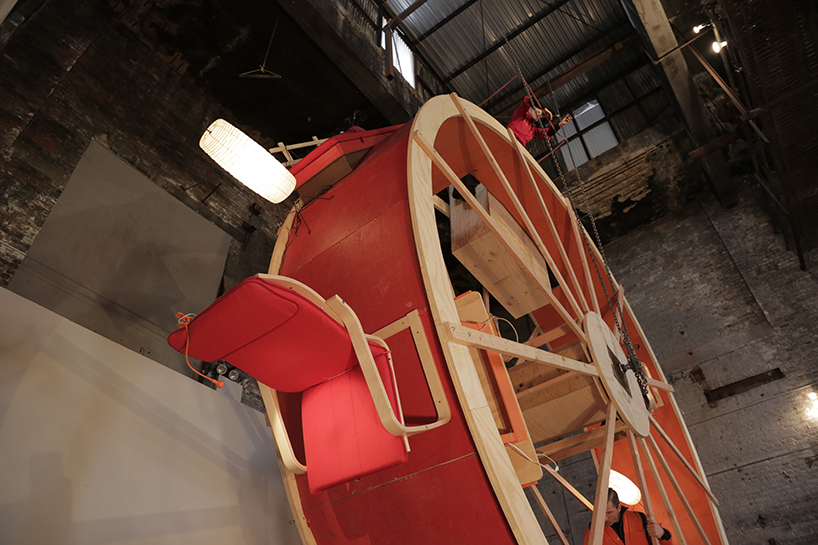 lights, chairs and tables are attached to the circumference 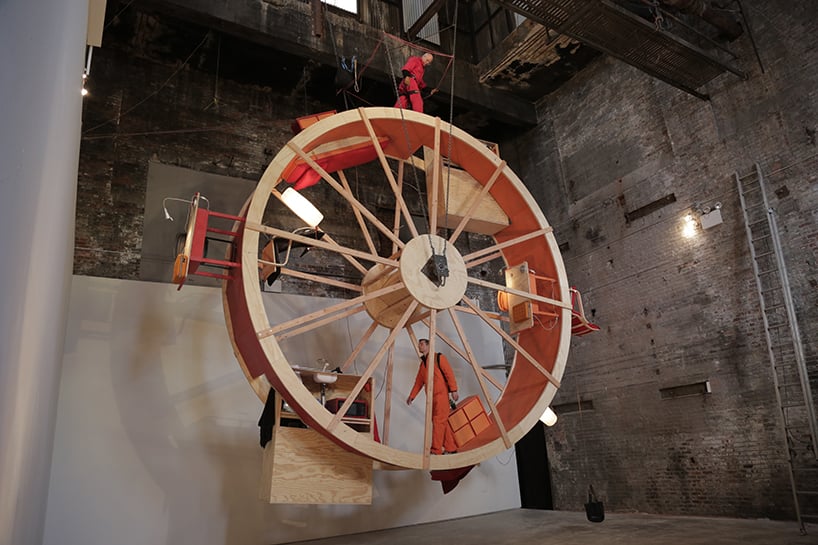 the two must walk in sync with eachother 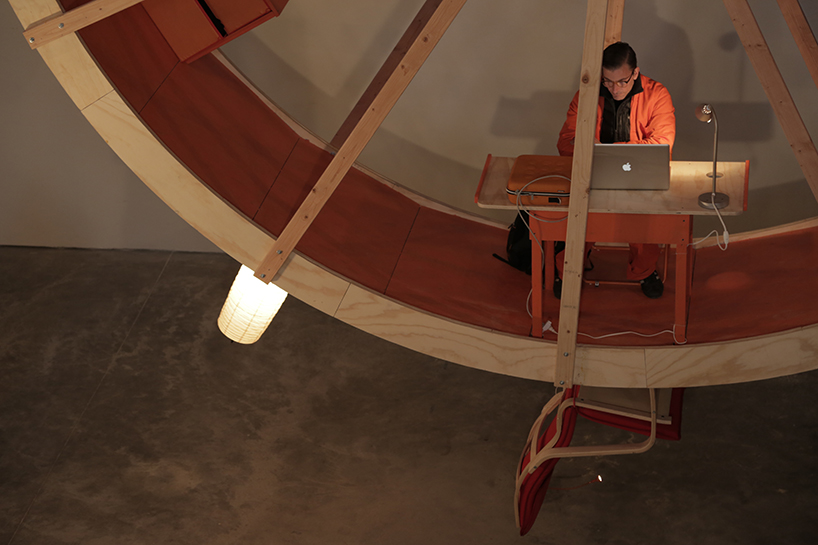 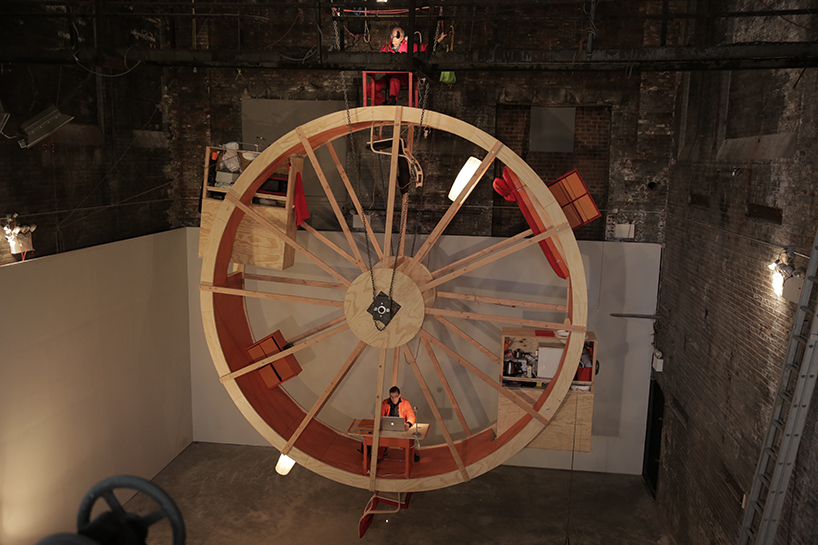 ‘in orbit’ at the boiler, new york 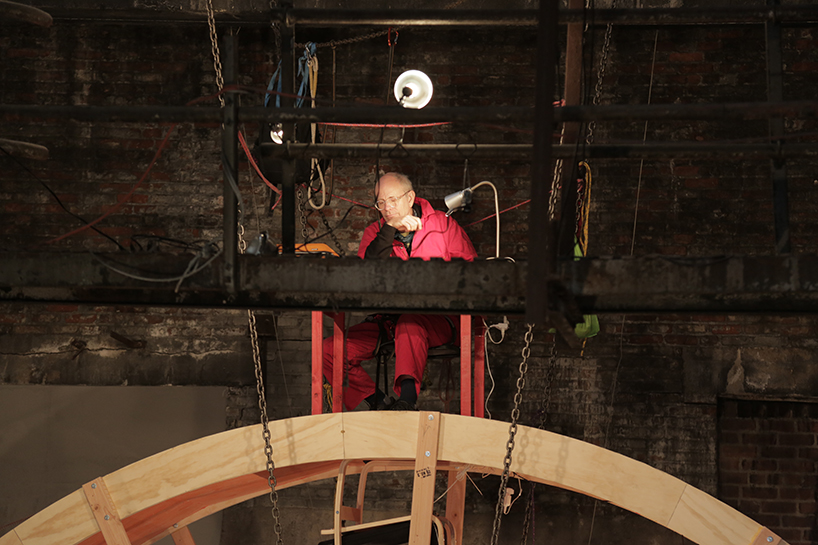 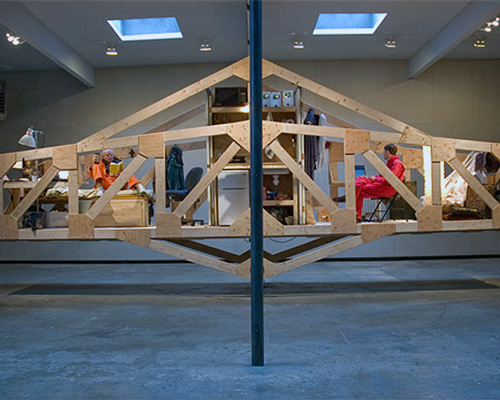