the second trailer for the much-anticipated house of gucci movie is finally here, and it’s even more impressive than the first one.  the new preview shows socialite patrizia reggiani’s (lady gaga) first meeting with spouse maurizio gucci (adam driver), their marriage, as well as their fatal conclusion. among scenes of disco parties, lush mansion interiors, and luxurious trips, the film gives a glimpse of the extravagant and dangerous lifestyle of the world-famous italian family.

the trailer gives a glimpse of reggiani and gucci’s first meeting, marriage and fatal ending

directed and co-produced by ridley scott, the film is based on sara gay forden’s book the house of gucci: a sensational story of murder, madness, glamour, and greed, which narrates the true story of one of italy’s most respectable fashion houses, and the murder that shook it to its core. reggiani was convicted of orchestrating maurizio gucci’s murder in 1998, and was released from prison in 2014.

apart from lady gaga and adam driver, the true-crime drama stars jared leto as paolo gucci, jeremy irons as rodolfo gucci, jack huston as domenico de sole, salma hayek as giuseppina ‘pina’ auriemma and al pacino as aldo gucci. according to IMDb, the official release date for house of gucci is november 24, 2021, for the US, while most european countries, russia and hong kong will get to watch the film one day later. japan, taiwan, and singapore will have to wait a little longer to enjoy the movie which will be available in mid-january. 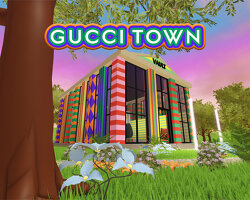