ernesto neto – while nothing happens

brazilian artist ernesto neto has been showing his piece ‘while nothing happens’ since early last year. the piece was specially created for the macro hall in rome and forms a floating architecture as its hangs from the gallery’s glass roof. the piece hangs at its lowest one meter from the ground. ‘while nothing happens’ is made from a lycra netting which is filled with a variety of ground spices that form stalagmite like forms. the spices emit an aroma that is further enhanced by visitors interacting with the piece. the smell is designed to evoke memories as we interact with the sculpture. 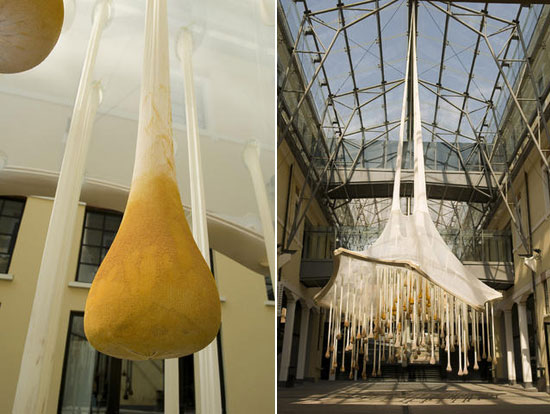 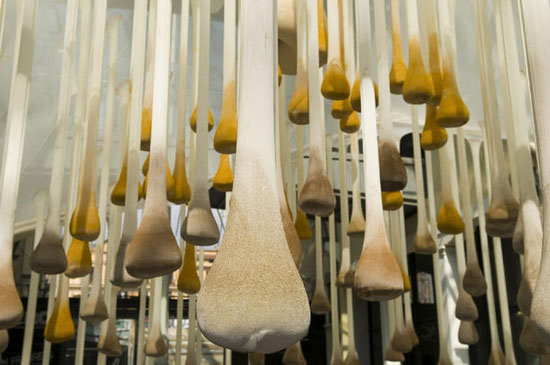 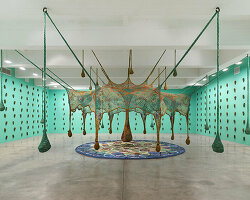 May 24, 2022
ernesto neto highlights the cycles of nature in latest installation at tanya bonakdar gallery 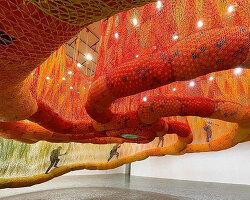 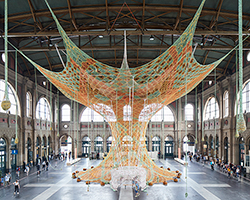 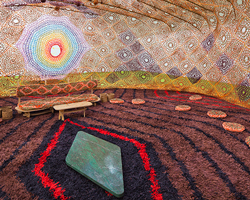 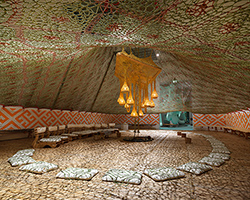