switzerland’s museum tinguely is hosting a major retrospective of belgian artist wim delvoye, who — since the 1980s — has creatively amalgamated tradition, engineering, craftsmanship, and high-tech. from now through january 1, 2018, the exhibition showcases the full range of delvoye’s work from his early days up to the present, including his recent replicas of construction machinery and vehicles using gothic-style ornaments. 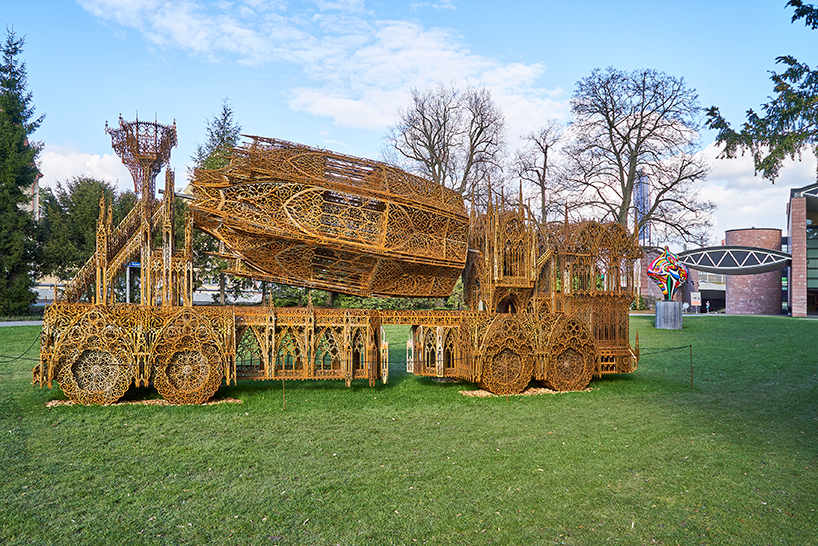 the exhibition at museum tinguely uncovers the whimsical and wild world of wim delvoye — an artist in a constant state of reinvention. before even entering the museum, visitors encounter ‘cement truck’ installed in the nearby solitude park. the full-scale vehicle is made of laser cut, corten steel plates, which intricately reproduce neo-gothic ornamentation. the same aesthetic informs ‘drop-shaped suppo’ placed inside the museum — a neo-gothic cathedral model comprising a single, ornately embellished spire. these pieces — and other recent replicas of machinery and architectural ornaments — attest to delvoye’s delight in aesthetic experimentation. 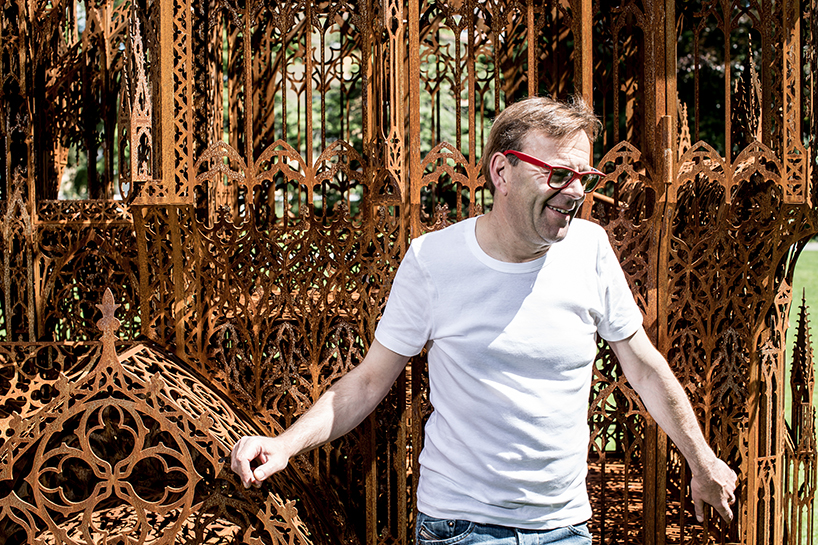 delvoye’s art is rooted in his flemish heritage, emphasizing its love of tradition, craftsmanship, and engineering. at the same time, the artist overlooks the restraint of national borders and works with artisans in indonesia, china and iran. his ‘ironing boards’ bear the coats of arms of his home country, while his 18 ‘dutch gas-cans’ are decorated with delft porcelain painting. the solid steel tubes in ‘chantier V’ are supported by porcelain feet, while some of the concrete mixers and barriers in ‘chantier I’ are made of artfully carved wood. 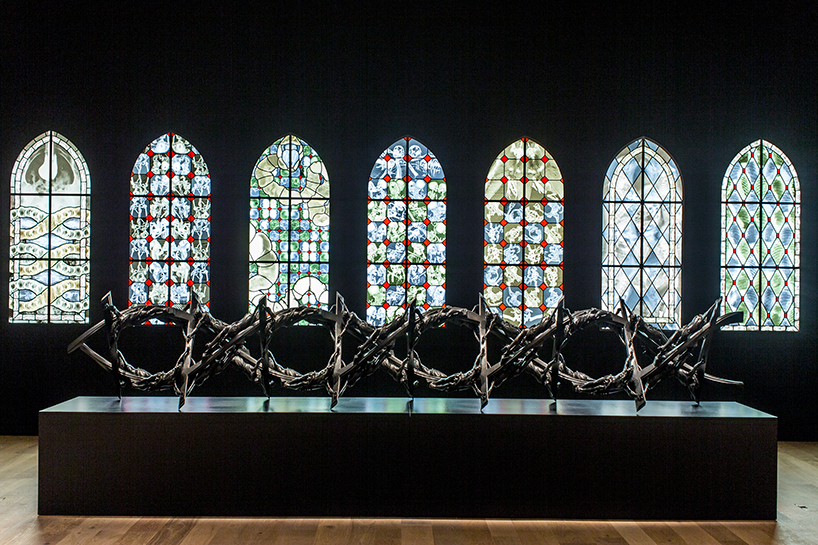 artistic considerations become intertwined with moral ones, particularly through ‘tim’ — a swiss man who sold the skin on his back first to delvoye — who tattooed it in 2008 — and later to an art collector. the audacious subject, tim steiner, also agreed to be skinned after his death and have his back permanently framed.

regardless of medium or artistic method, the retrospective emphasizes delvoye’s penchant for monumentality and the thrill of all things new and strange that have consistently characterized his work. 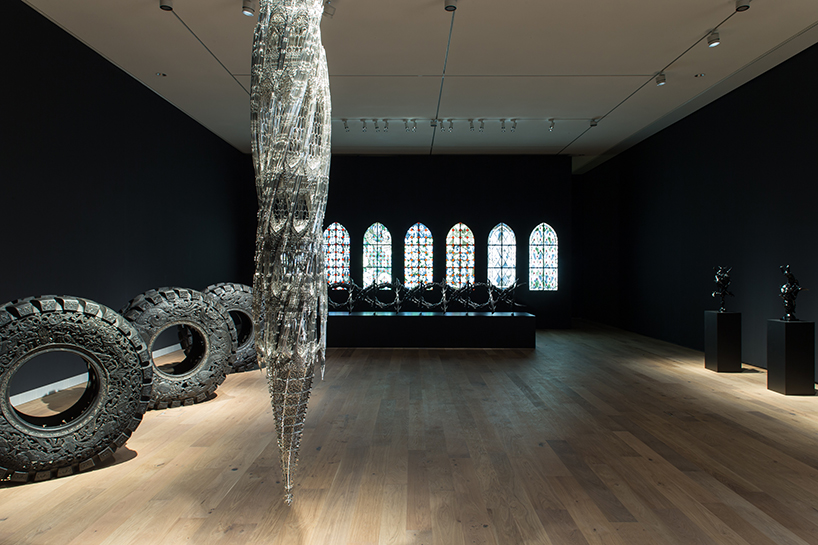 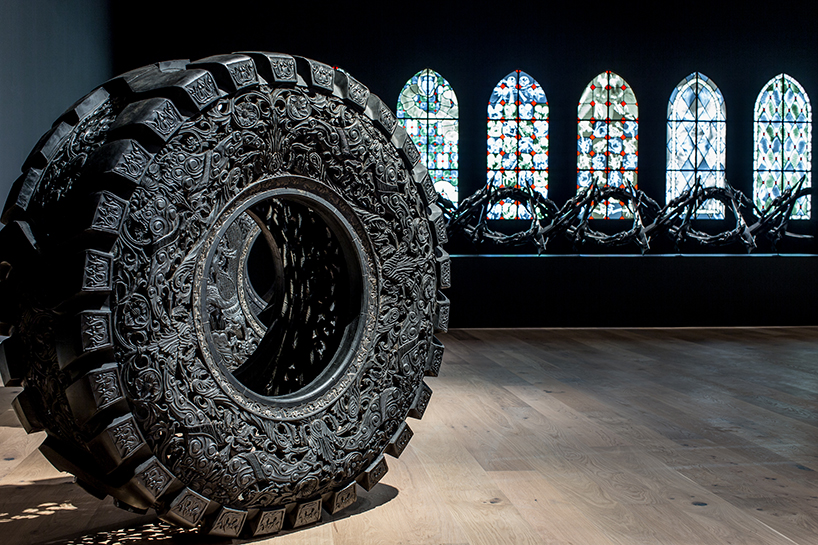 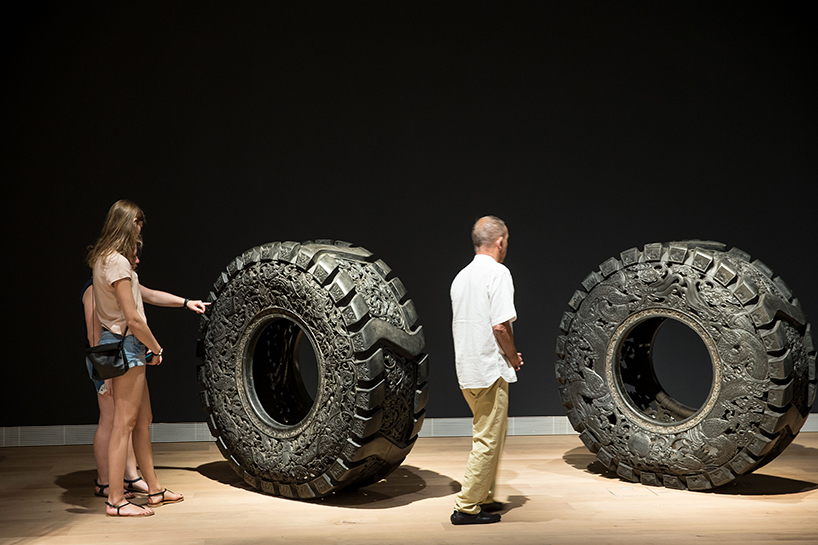 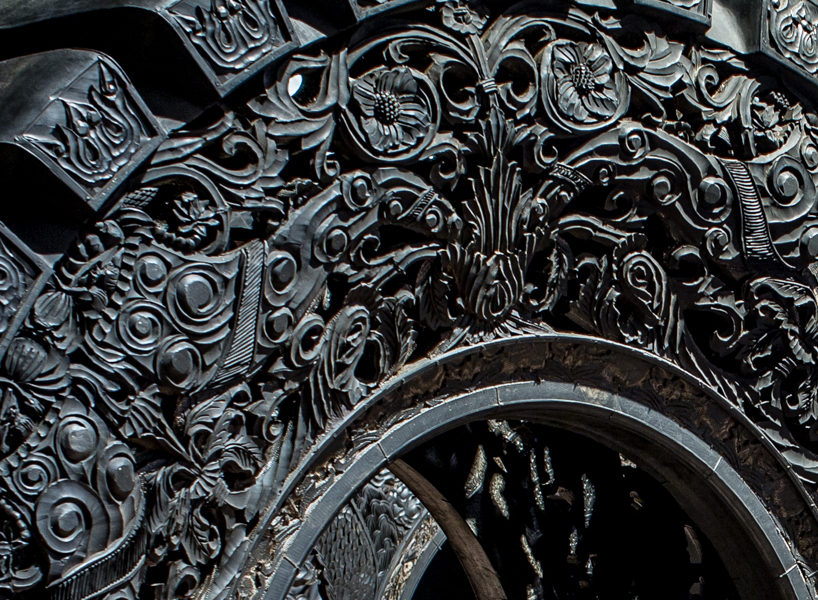 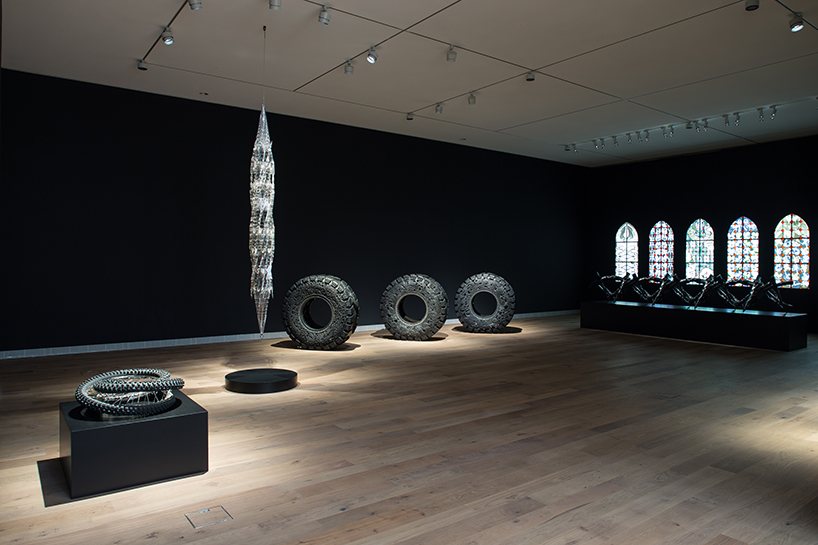 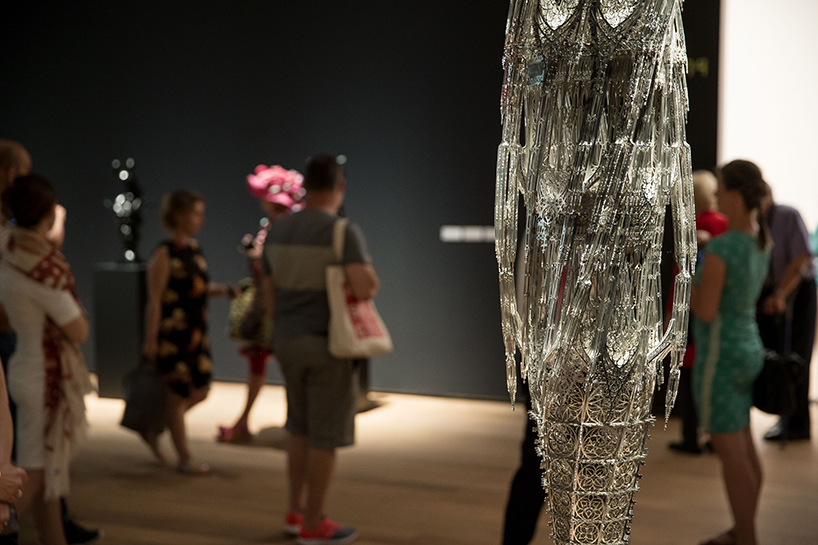 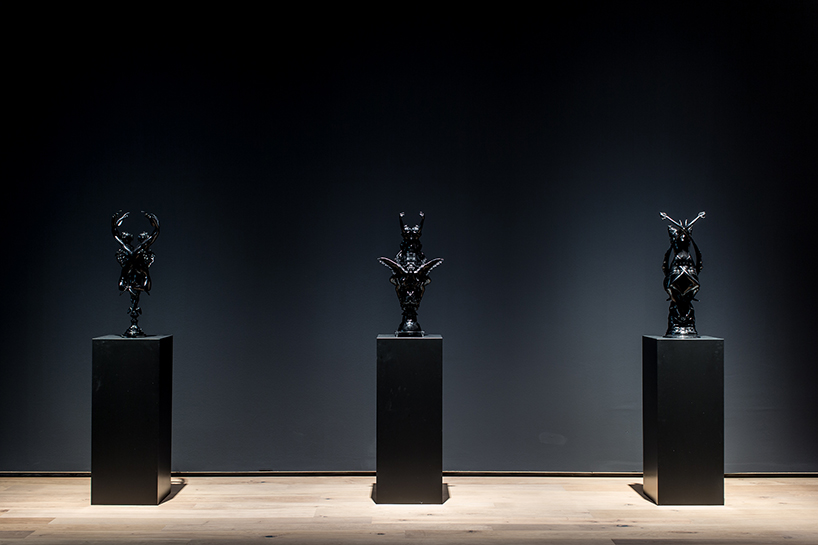 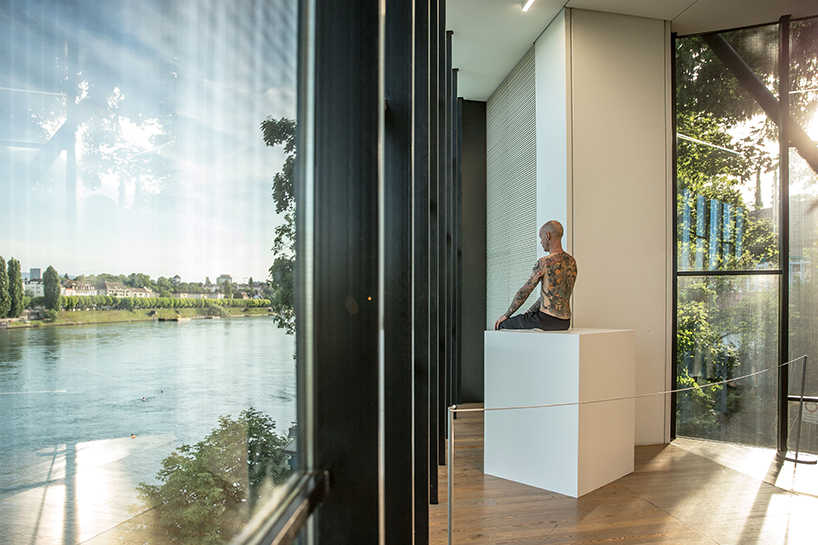 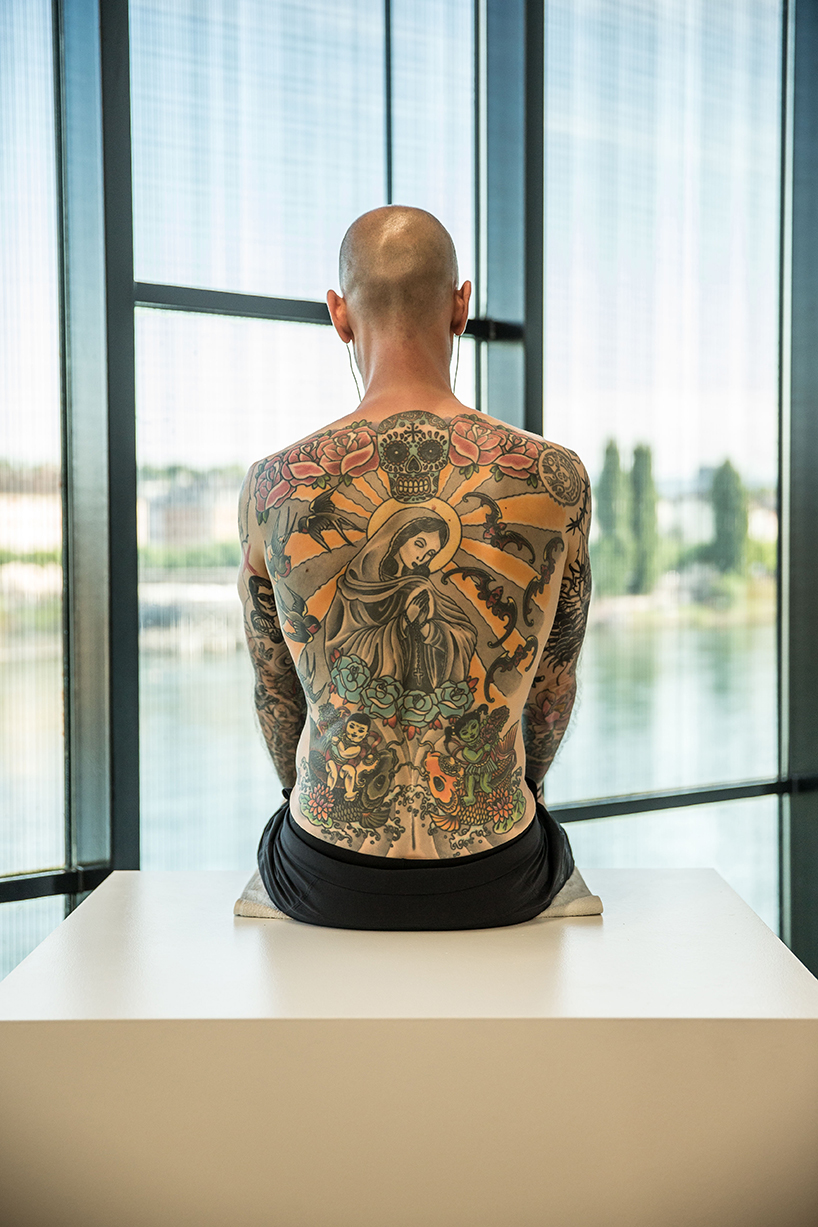 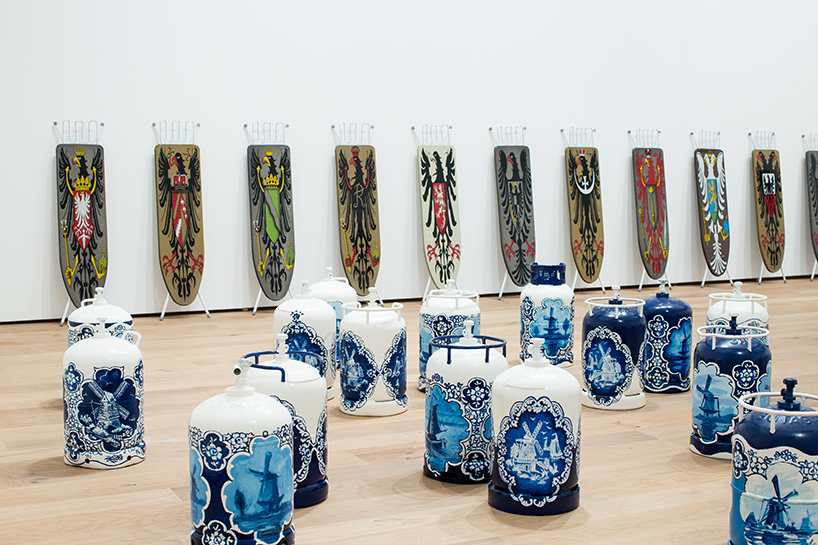 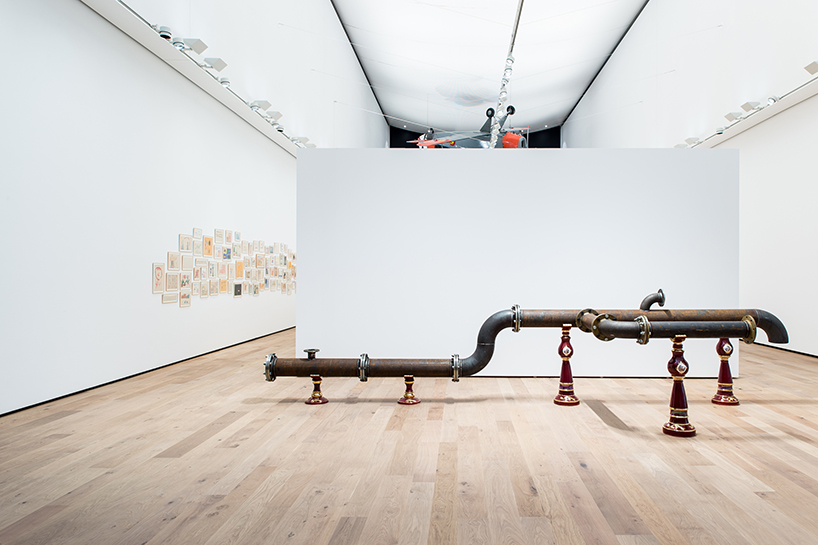 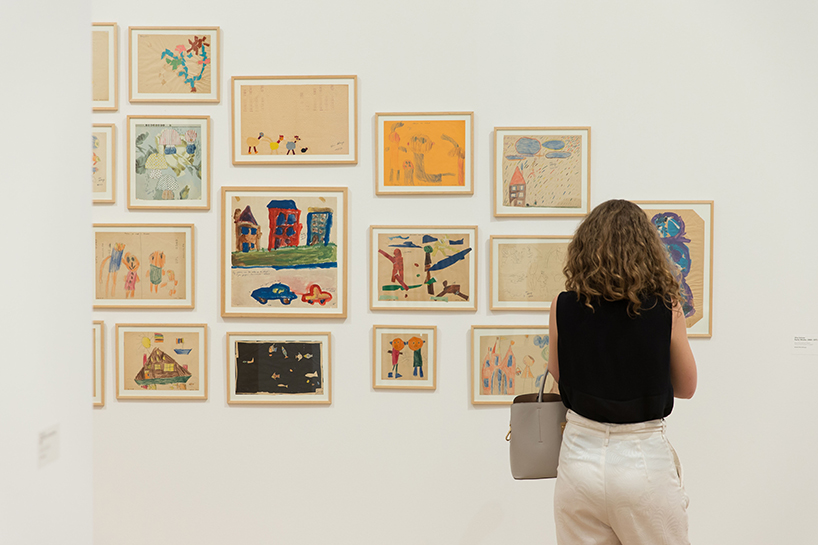 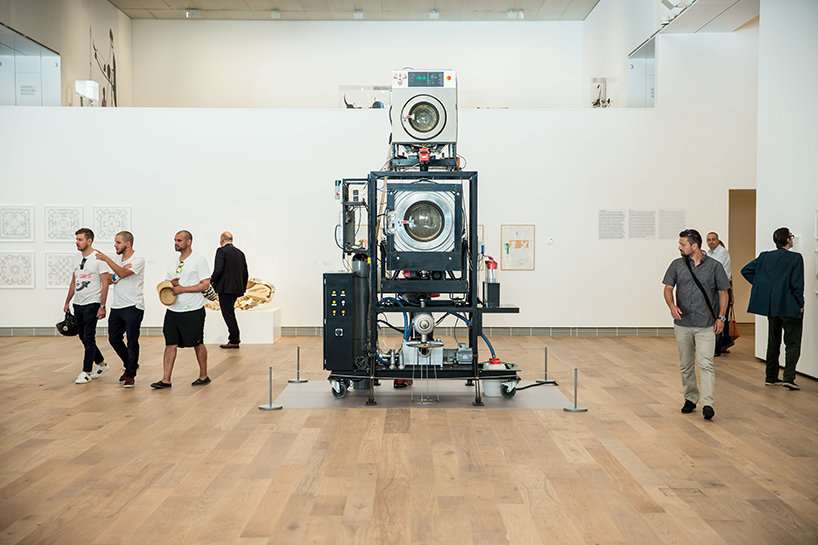 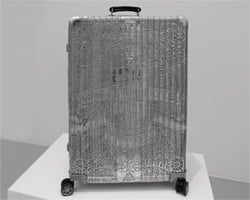 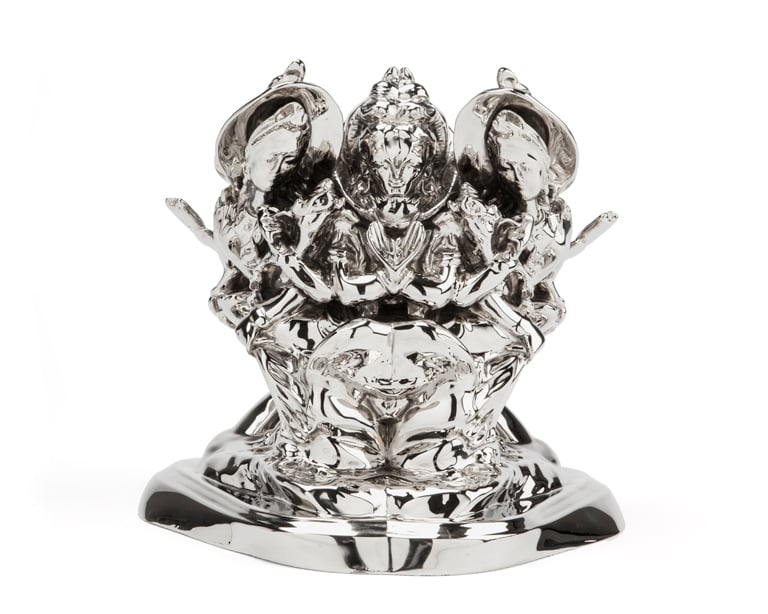 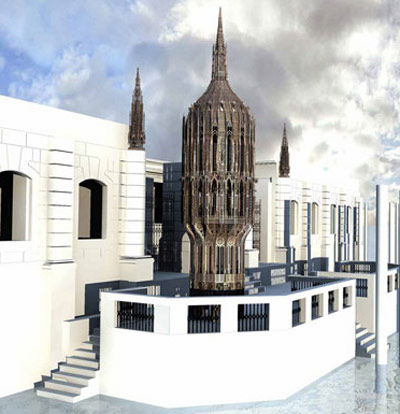 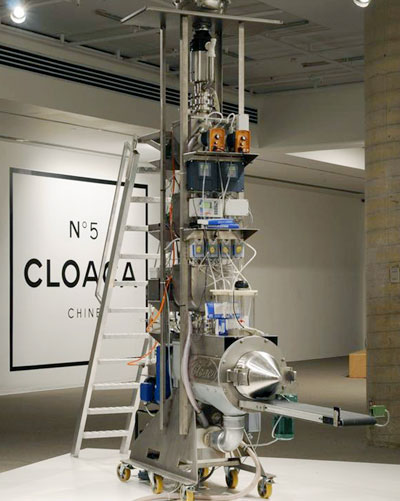