in a shocking series of portraits, world leaders are depicted with their skin removed, stripping away the ‘one millimeter’ of skin that covers all humans. coinciding with start of the G7 summit in sicily on may 26th, the project’s objective is underscored by the message: we are all members of the same race — the human race — and we should all treat each other with respect. 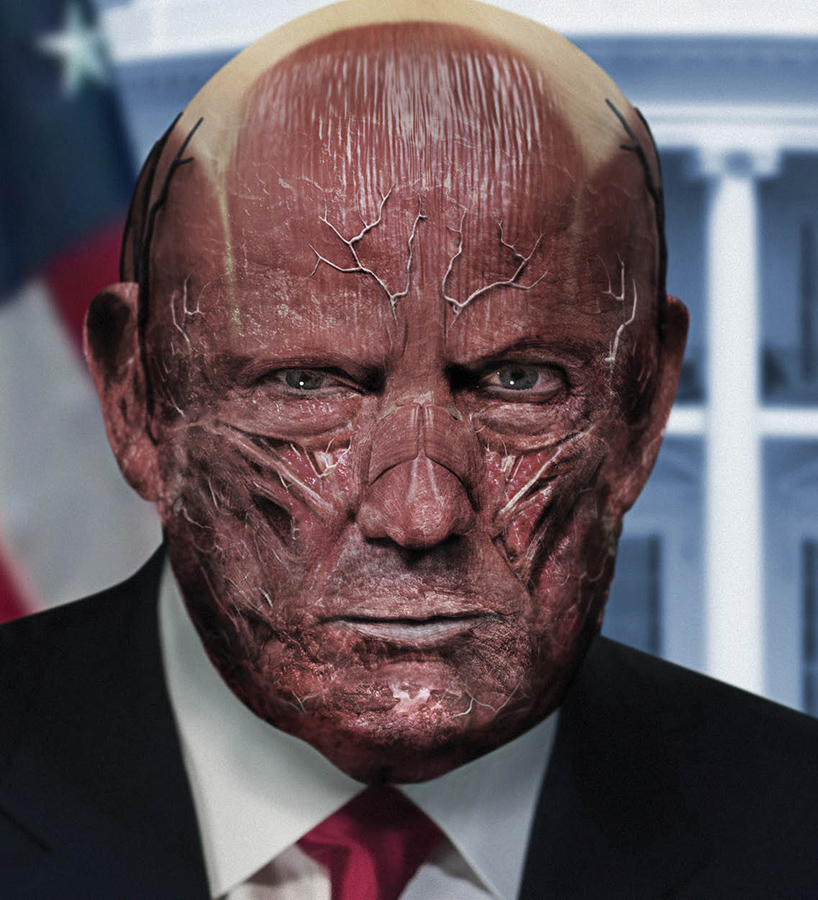 ‘I was watching the news one night, looking at the state of politics in the UK, the US, and here in australia, along with what’s happening in syria, and the mass displacement of tens of millions people across the globe,’ describes alex wadelton. ‘it just feels like the world is on a knife edge at the moment. our leaders are posturing to protect their own country rather than the future of humanity. it struck me that the only difference between us all is literally the skin we’re in. that one millimeter of skin that covers each human. strip that away and what lies beneath us all is a fragile creature.’ 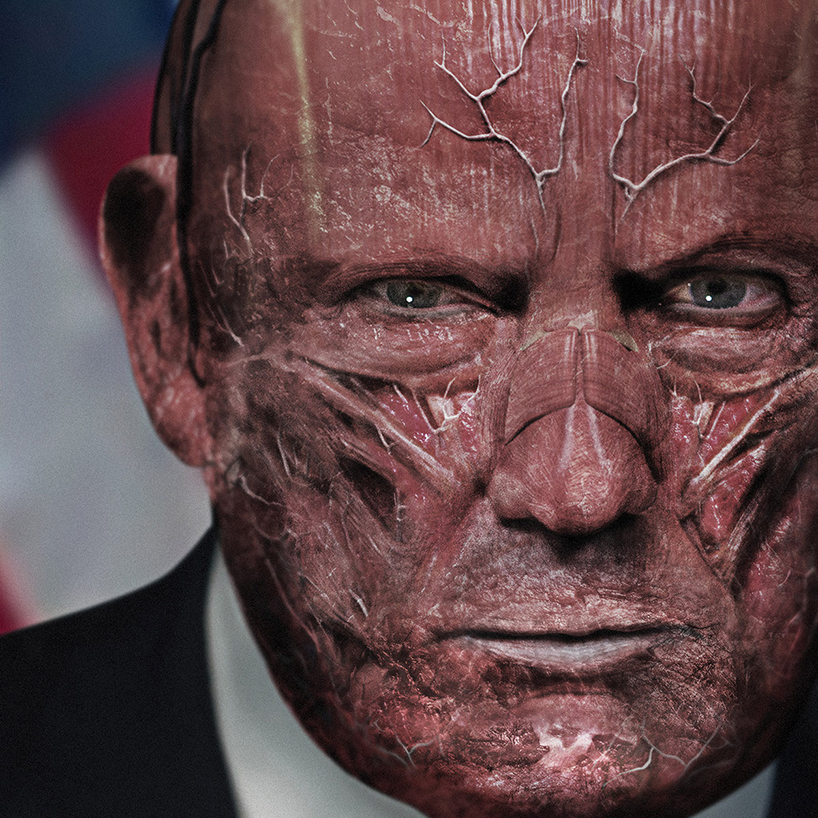 in thinking about the theme, wadelton thought of his good friend marcus byrne in order to bring ‘one millimeter’ to life. over weeks of experimentation, byrne finally came up with a technique that involved finding existing state portraits of the world leaders, and layering human body schematics on top of them, with multiple shots of different cuts of meat to enhance the imagery. ‘we wanted to show how fragile humanity is,’ said byrne. ‘there’s so much negativity in the world at the moment, we thought that through stripping away this outer layer of skin, this one millimeter that encases us all, we could show how we are all the same inside.’ 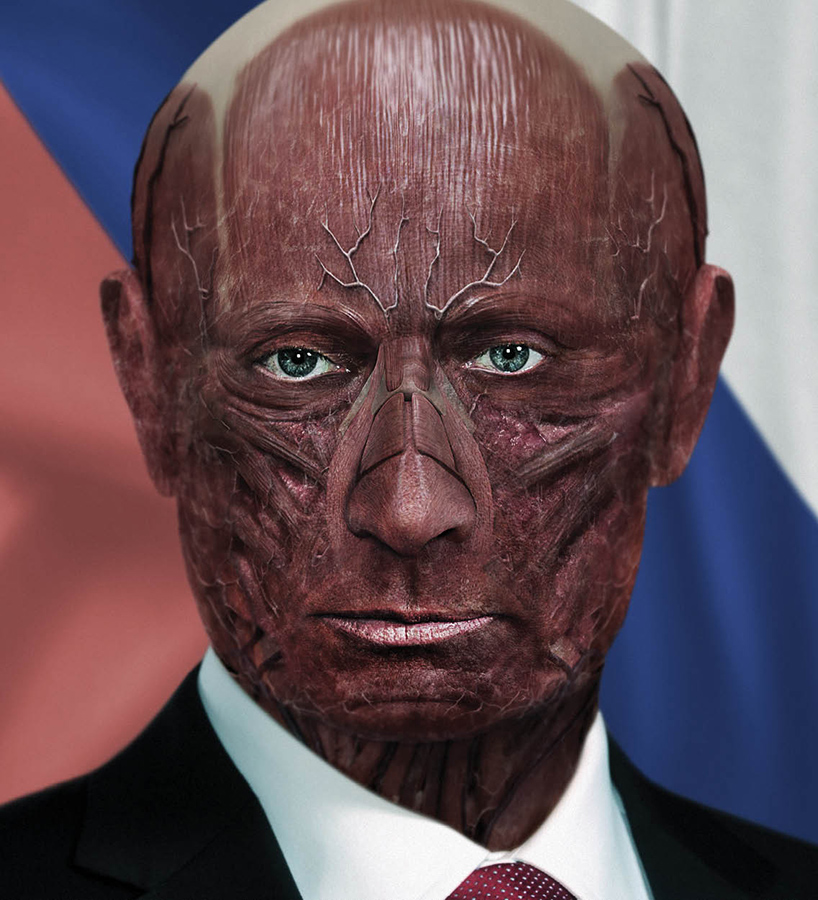 ‘each artwork was a labour of love,’ continues byrne. ‘I experimented with many photoshop techniques to ensure that even with the removal of skin, you could immediately tell who each world leader was. the result is a series that is quite confronting and unlike any other.’ 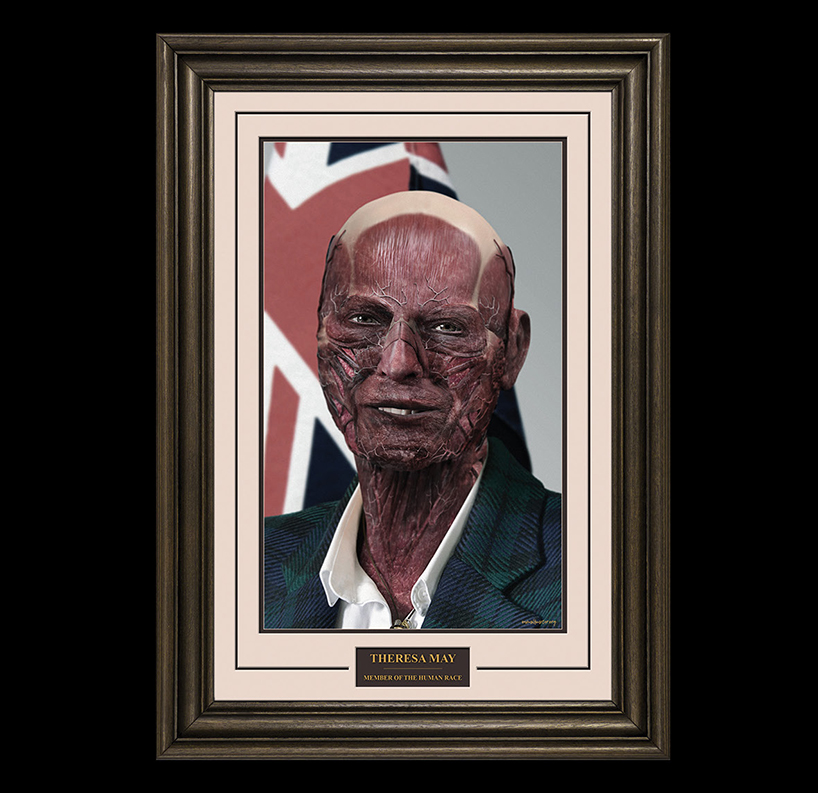 theresa may, prime minister of the united kingdom 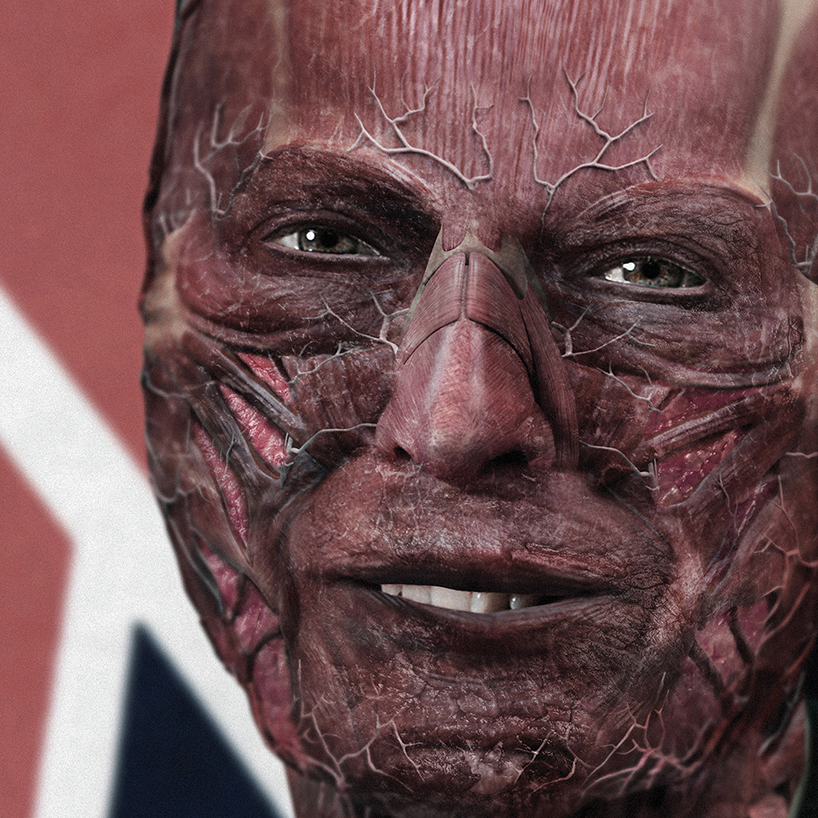 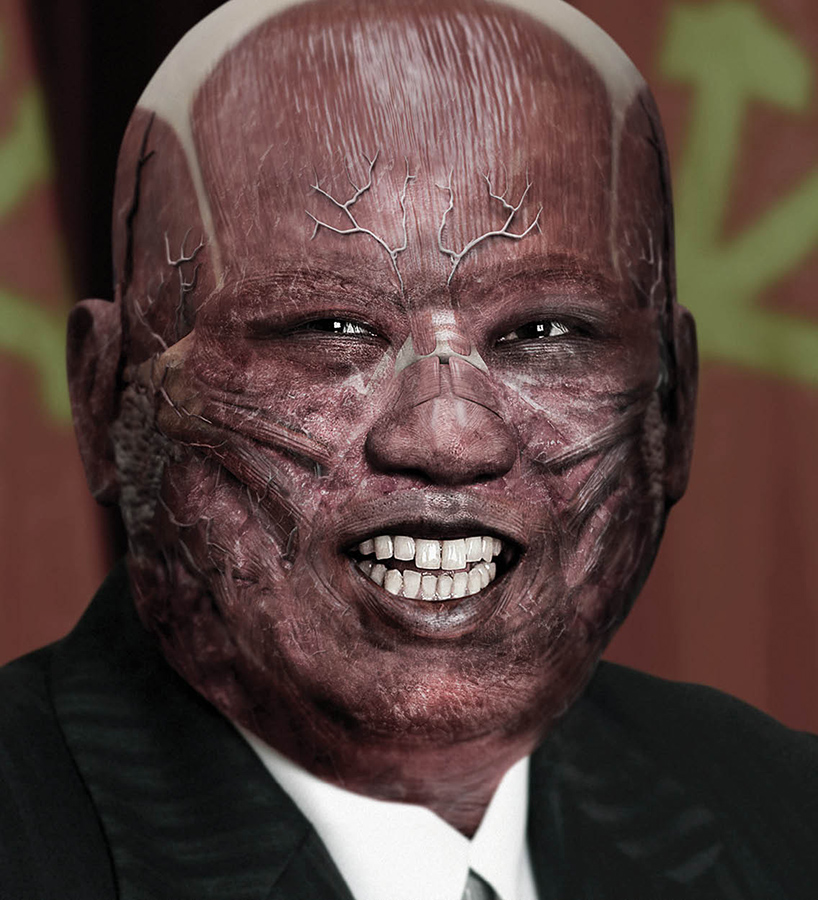 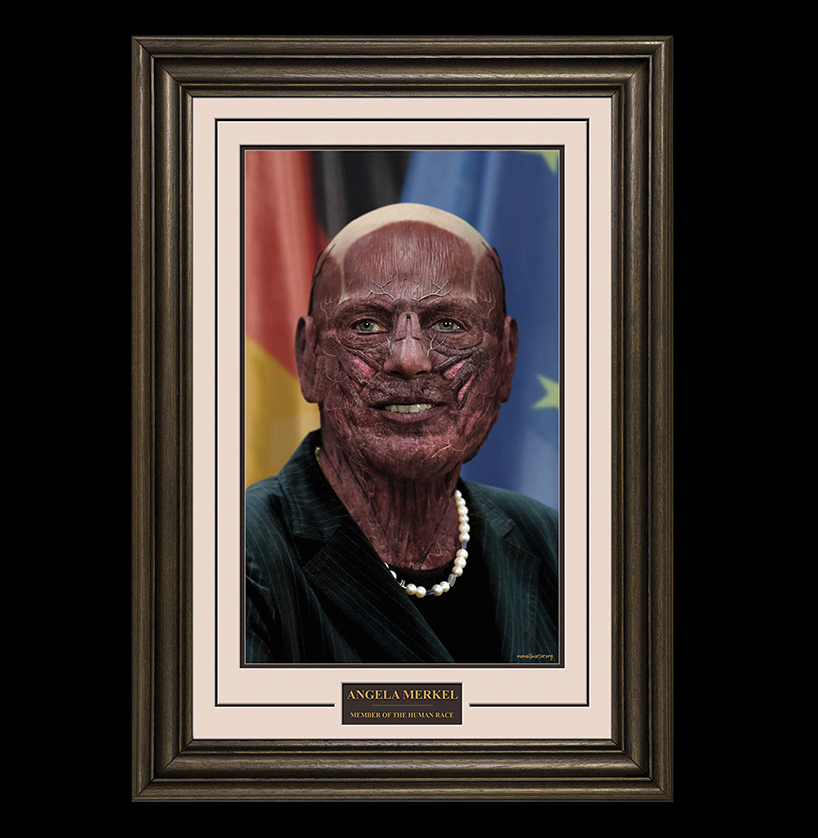 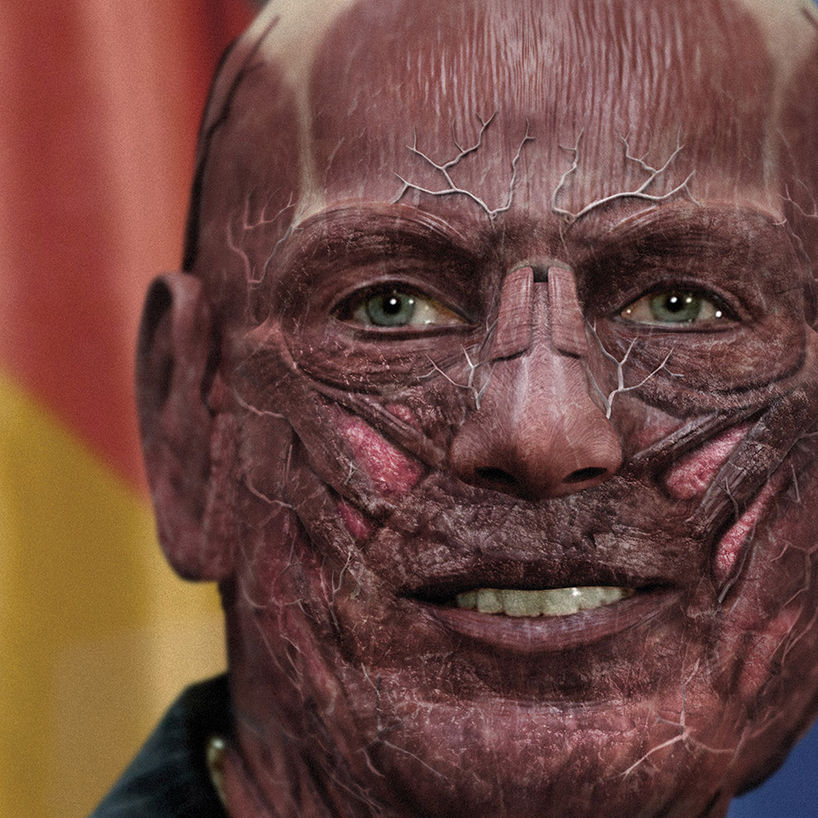 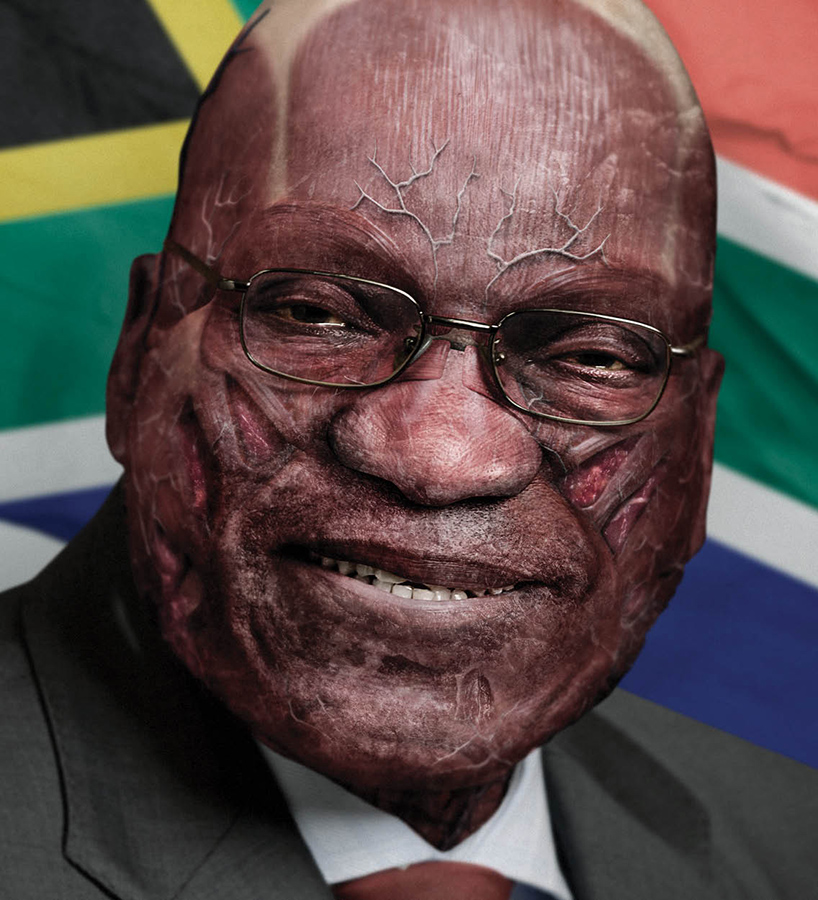 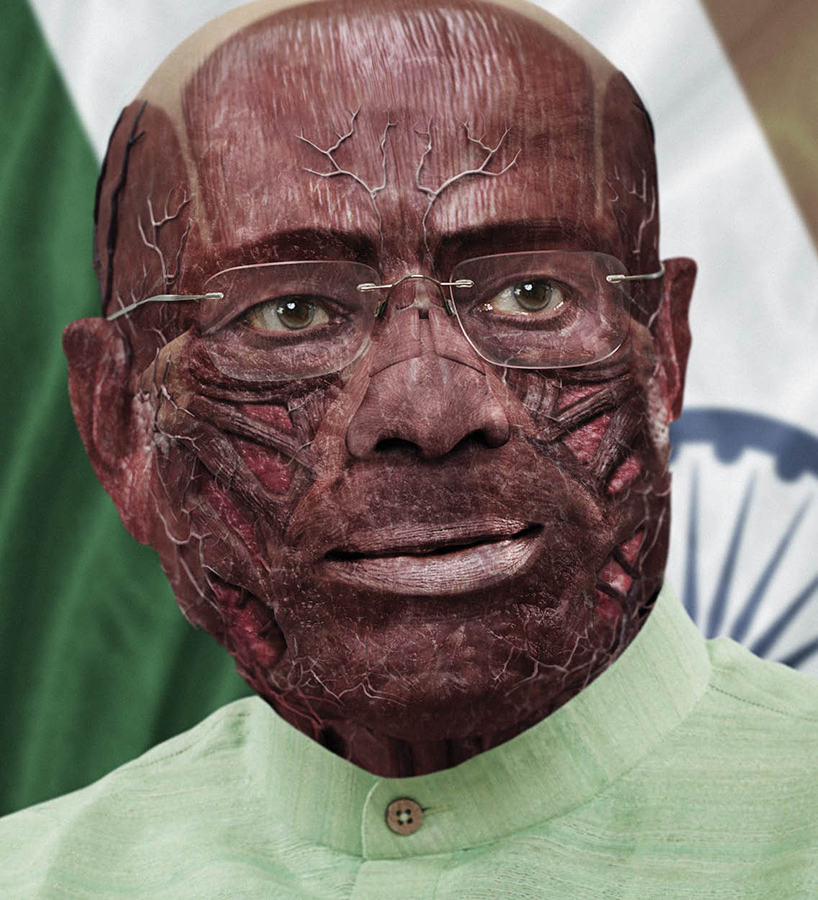 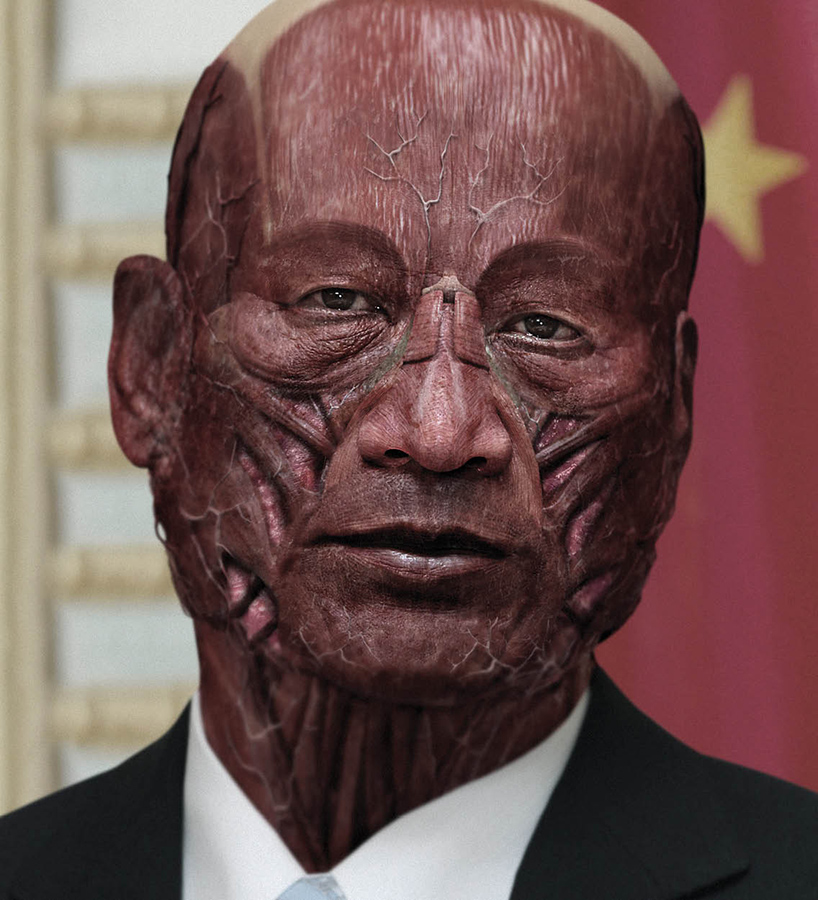 xi jinping, president of the people’s republic of china 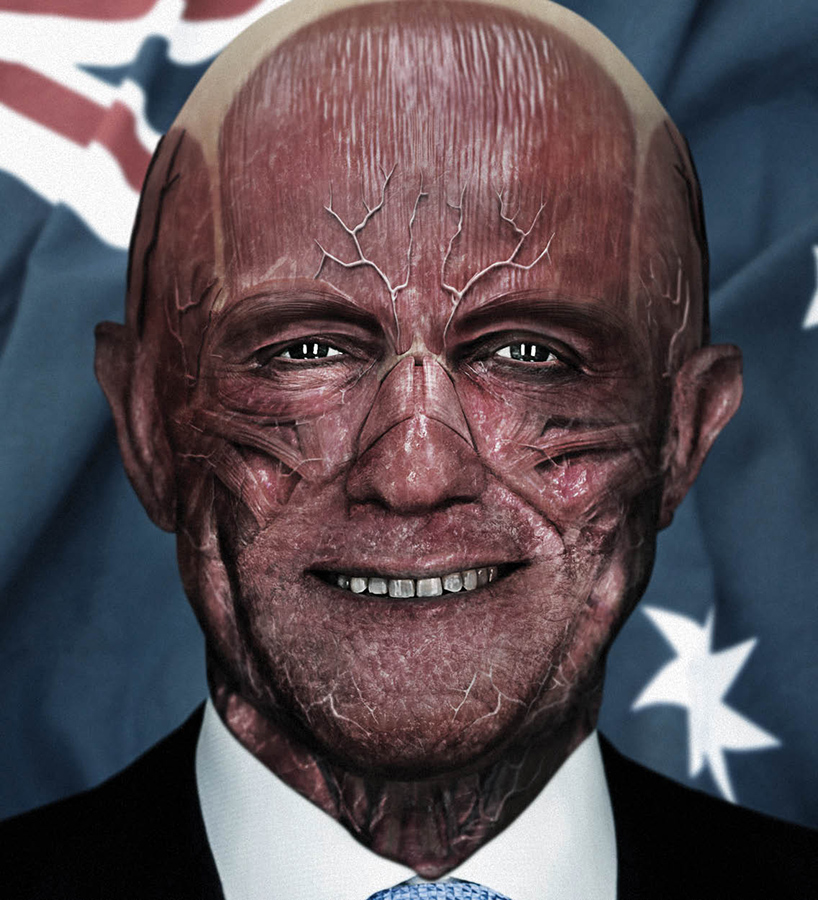 behind the scenes | video courtesy of one millimeter 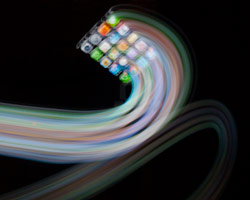