the nigeria-raised and london-based visual artist yinka shonibare, MBE has developed two small sculptural works on display at art basel 2012. shonibare continues his exploration of issues of both class and race through the use of textiles, technology and taxidermy in this pint-sized actualization of beastly revolution. rather than employing his typical headless mannequin base– dressed in vibrantly colored fabrics from africa– the artist instead gives the human bodies the head of either a young fox or cow in order to express the timeliness and particularities of a youthful rebellion. this theatrical installation draws attention to both the postcolonial relationship between africa and europe, highlighting the economic disparity between the two continents, while also speaking to the youth of both regions as the tools of emancipation, violence and globalization are displayed hands of each figure. 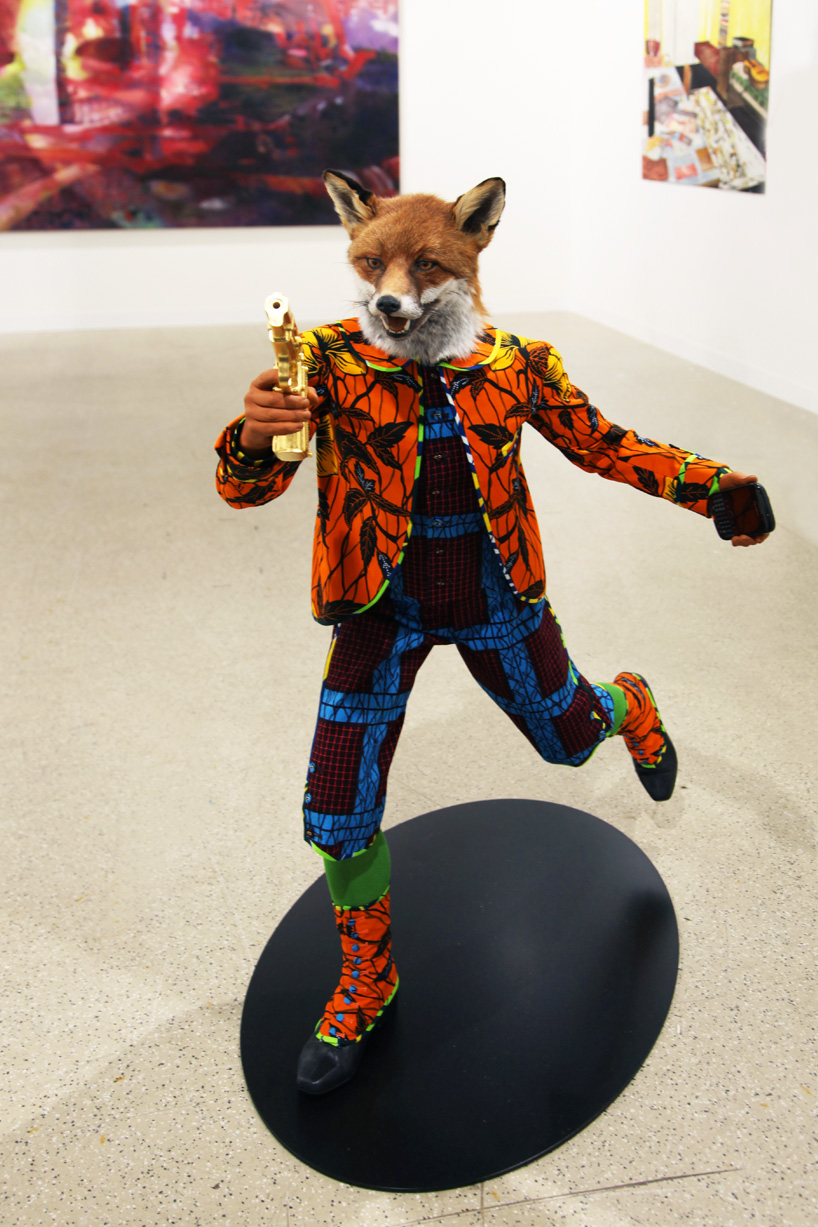 this brightly dressed ‘revolution kid’ seems to run towards the viewer, armed with his generation’s preferred weapons of change image © designboom 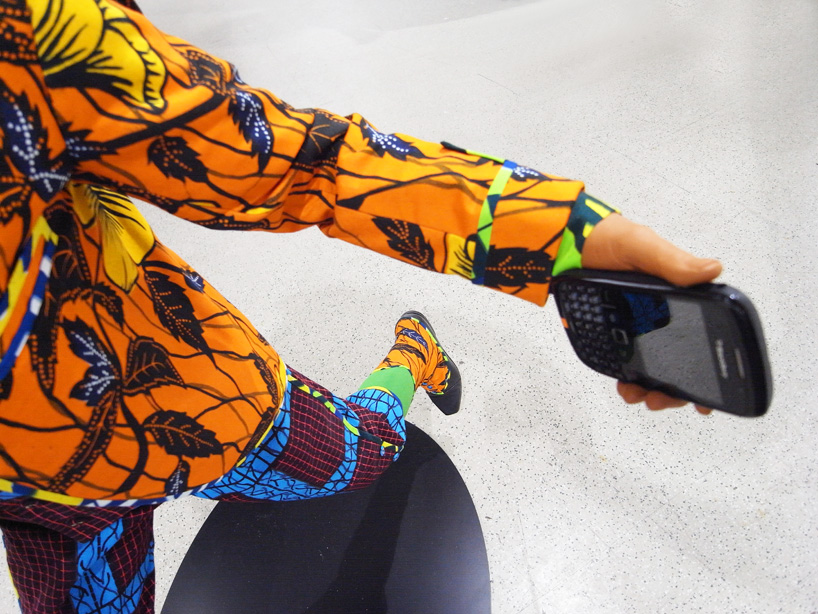 the young fox holds in one hand, a blackberry mobile phone… image ©designboom 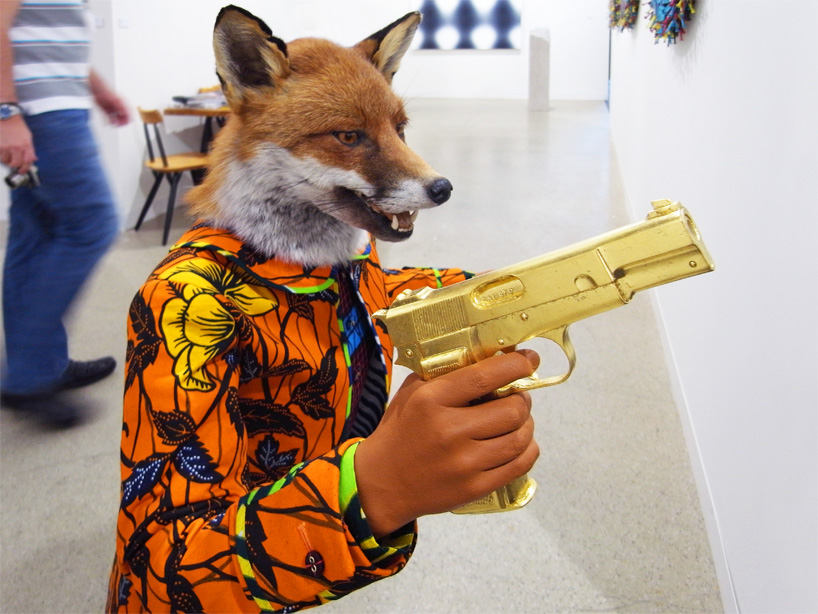 … and in the other hand a golden pistol image ©designboom 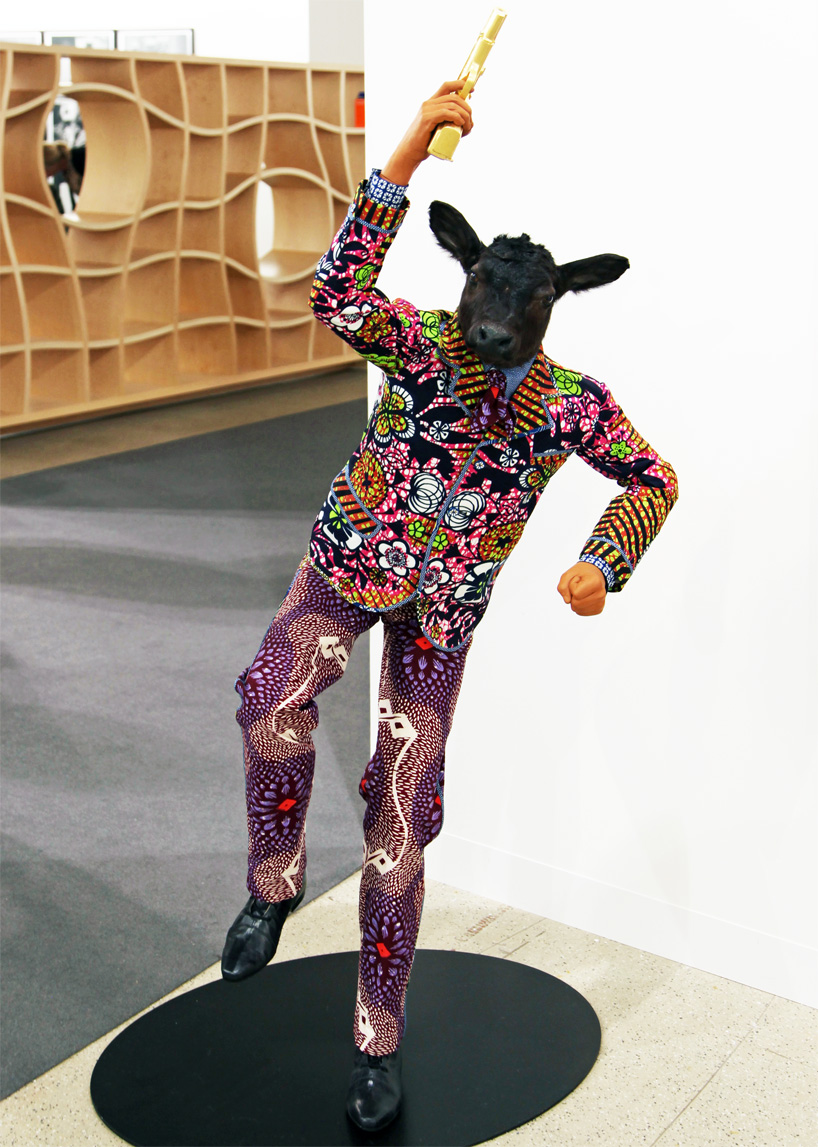 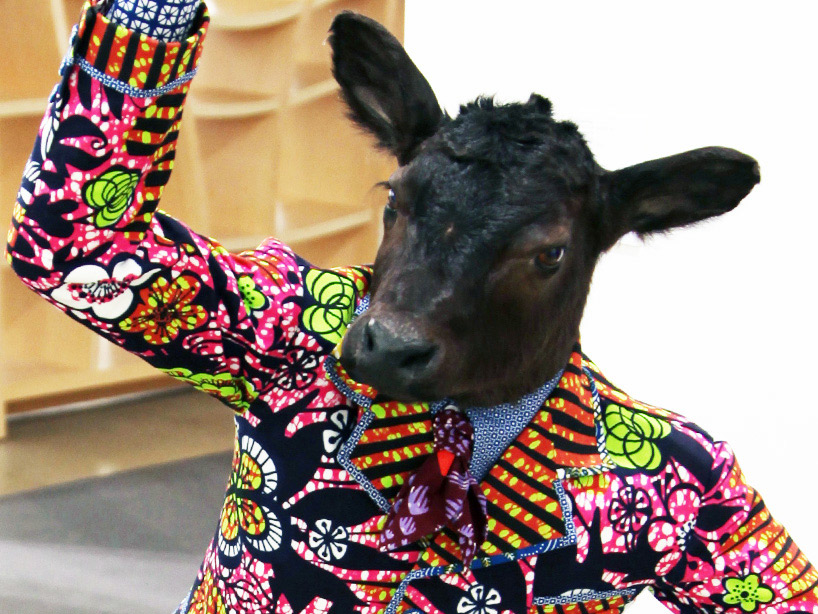 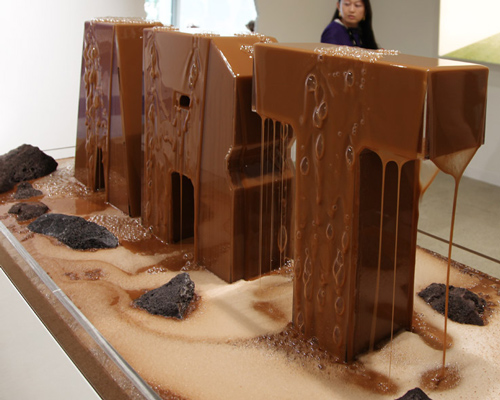 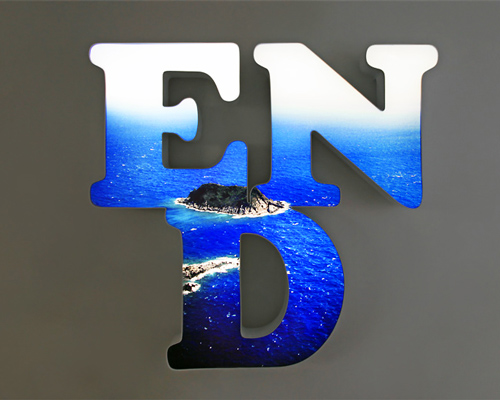 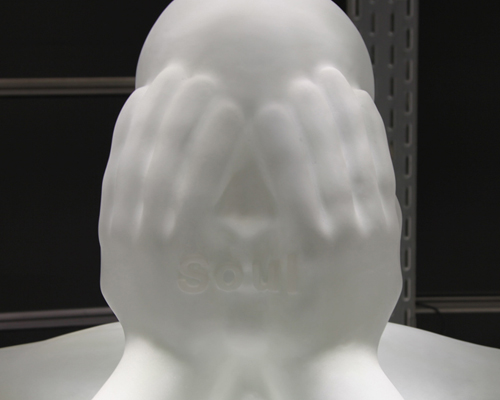 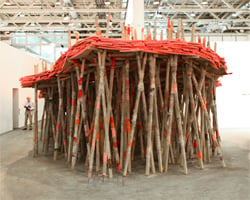 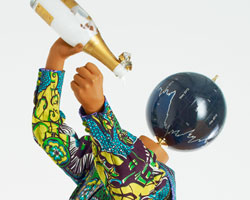