to commemorate the opening of seoul citizens hall in south korea, a competition was organized around the theme of ‘paying attention’ to people’s voices. responding to the organizers requirement for an artwork that would be nicknamed the ‘big ear’, south korean firm lifethings won with their participatory installation piece, ‘yobosayo’. the title of the artwork is a korean word used when calling to get someone’s attention or starting a conversation, similar to ‘hello’. located on seoul plaza directly outside the citizens hall, the interactive sculpture records voice messages of ideas, proposals and messages from the citizens and shares them with others. visitors leave messages in the ‘big ear’ by talking into it, while inside the main building the occupants encounter whispers of messages left by those outside. 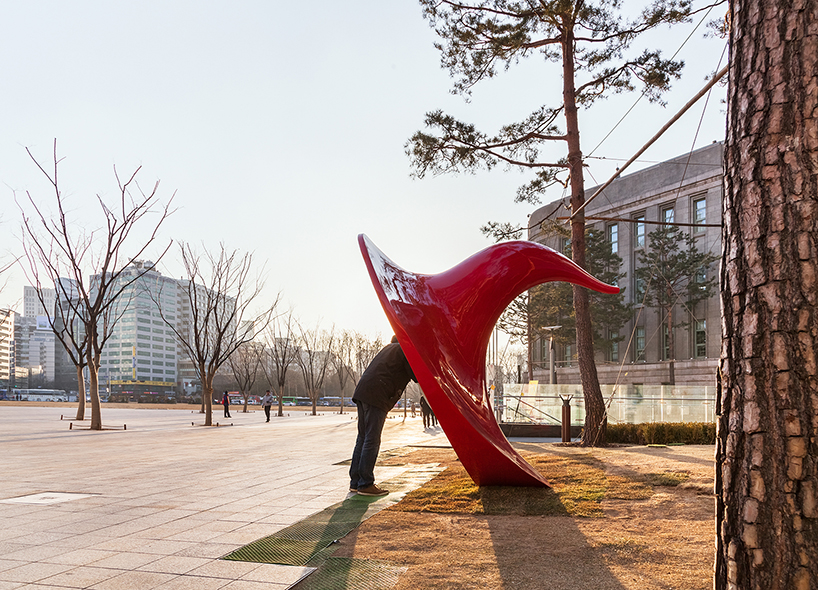 the piece is an interactive, digital ecosystem where the messages are passed on to future generations. the outcome of each message is determined by people’s response as sensors on the hanging speaker units monitor how much time people spend listening to each message – those that people pay attention to stay in the playlist, whereas unpopular ones are turned into music by an algorithm that amplifies and distorts their auditory characteristics. the music an unconscious and collaborative creation of citizens of seoul, is then played in the sound gallery inside the citizens hall. rather than just ‘paying attention’, yobosayo is a medium through which an active and ever-evolving dialogue occurs. yobosayo formally hints at the double sided nature of communication by combining abstractions of an ear, a phonograph, and wind instruments, things that listen to and that make sound. 1. think of what you want to say and get close to ‘yobosayo’.
2. leave your story.
3. listen to other citizens’ stories at seoul citizens hall.
4. un-listened stories are turned into music.
5. listen to the music at sound gallery inside the citizens hall. 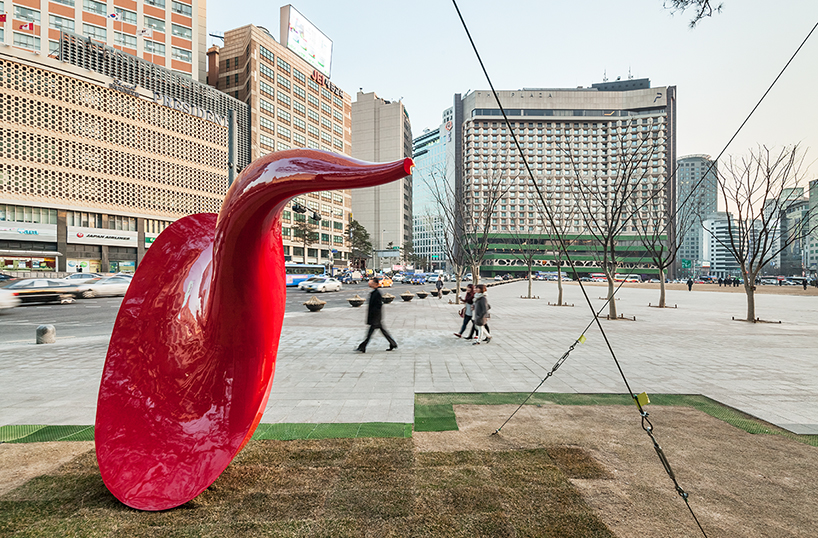 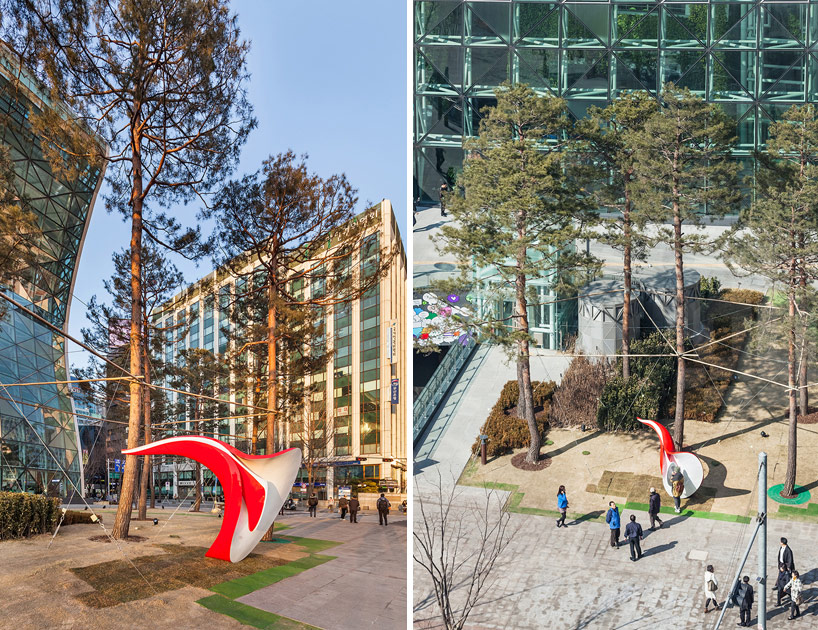 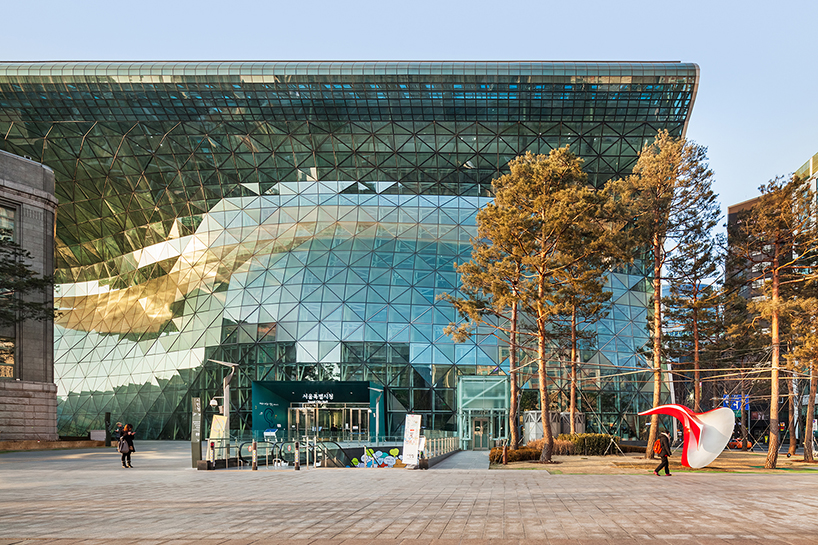 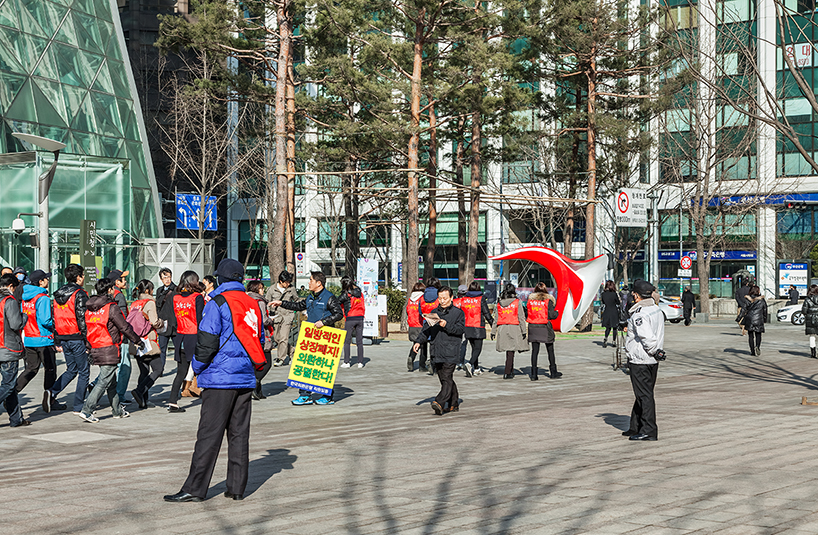 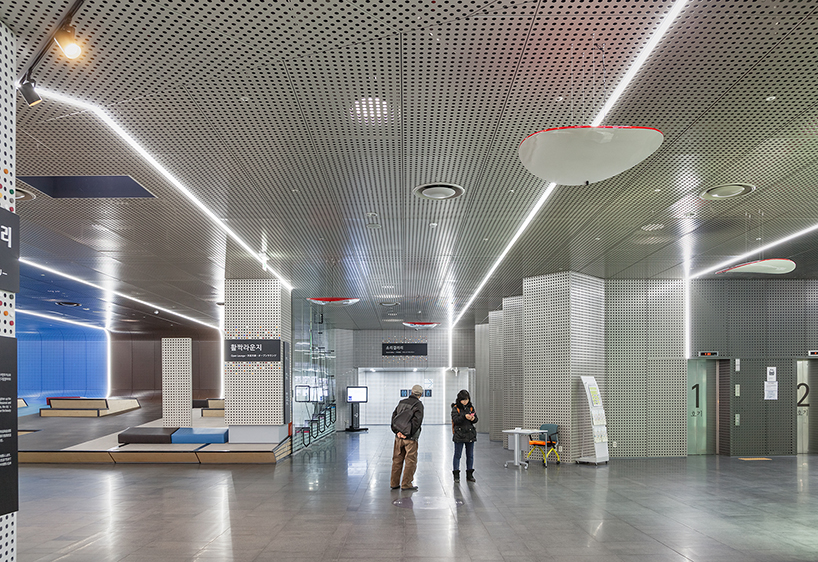 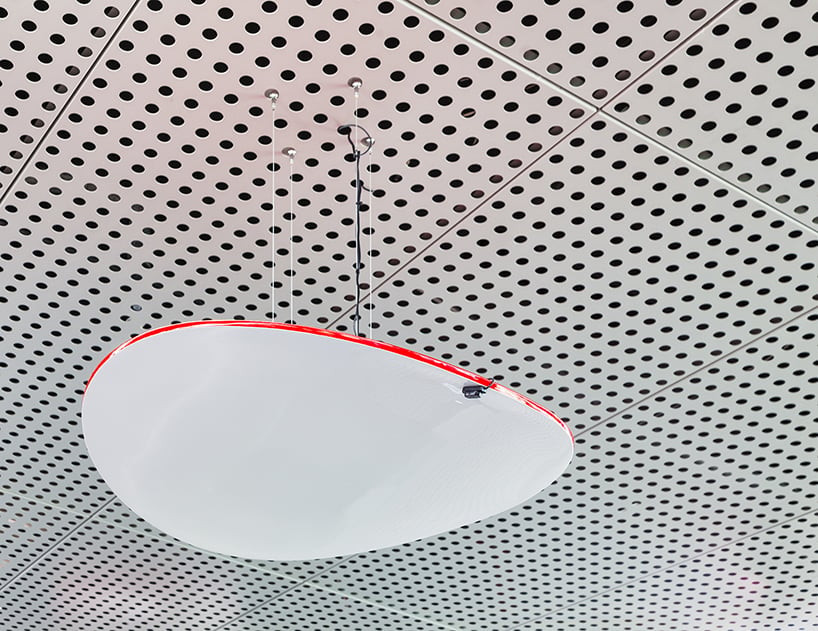 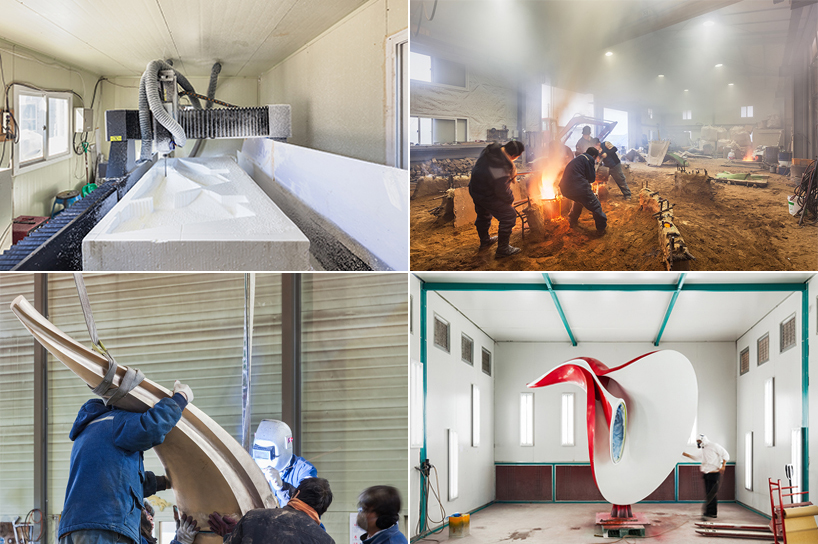 yobosayo was CNC milled out of styrofoam, cast in bronze, welded in a single piece and painted with polyurethane paint
image © kyungsub shin