yoko ono has revealed a new art installation titled one day… at EXIT festival in novi sad, serbia. for the site-specific artwork, the legendary japanese visual artist and musician tapped into aspects of serbian culture, referencing the chaika boat, used by the serbian frontiersmen who patrolled the southern european borders with the ottoman empire more than 100 years ago. used as a symbol of peace, the artist unveiled the piece 100 years after the treaty of versailles was signed on june 28th, 1919, officially ending world war I. 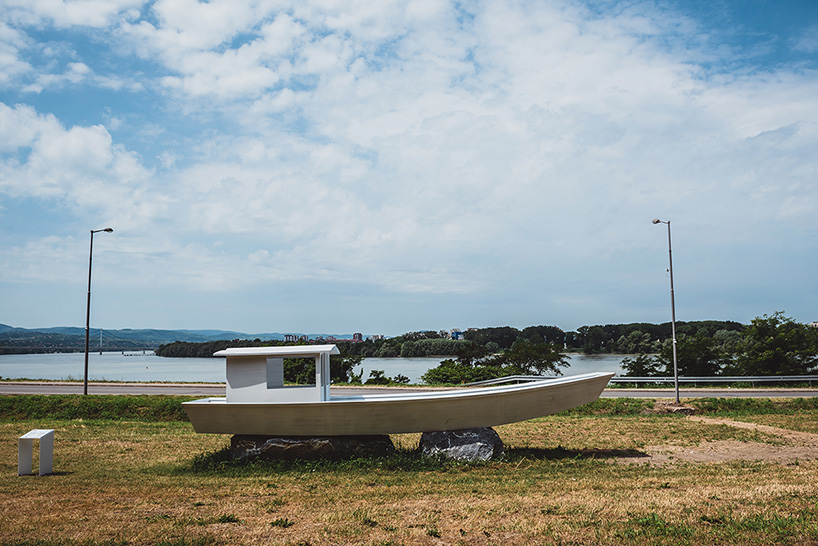 all images by zoran jesic

initiated and produced by EXIT festival, one day… by yoko ono comments on universal artistic, social and political values. the work is an altered ready-made based on a traditional serbian riverboat that ono appropriated, painted white and lit from the inside to make the boat glow in the darkness resulting in a poetic and mysterious sight. 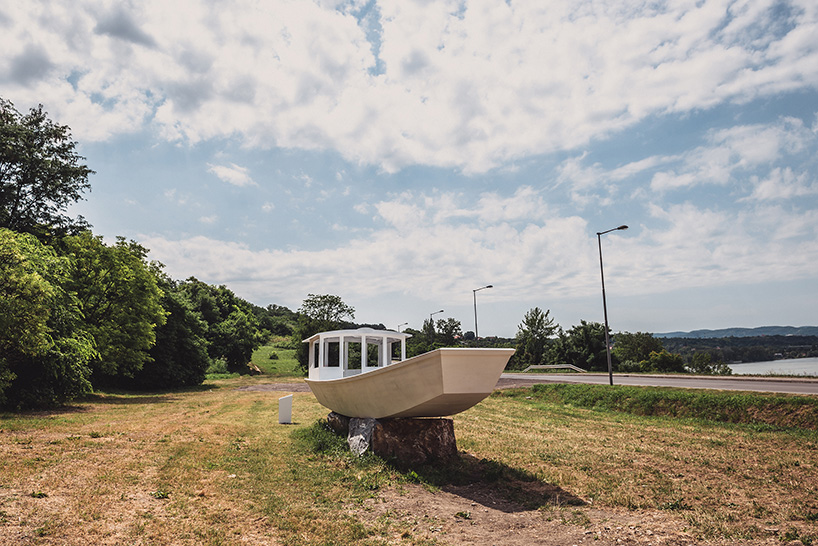 the sculpture was made to commemorate the end of the first world war, in which millions of people, mainly young men, were lost. however, it is an object and a form with broader connotations and symbolic meaning. it opens up conversations referring to the wars that have taken place on the serbian rivers danube and sava. but beyond that to the people in general escaping the atrocity of wars by boat, including the recent migration of refugees over the mediterranean sea.

yoko ono addressing the audience at the site’s opening 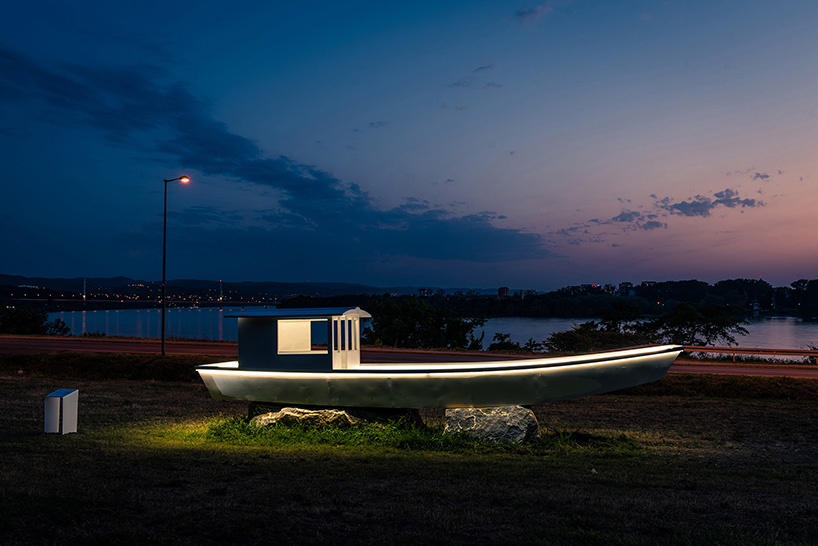 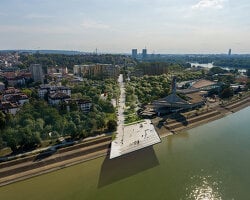 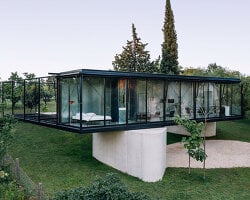 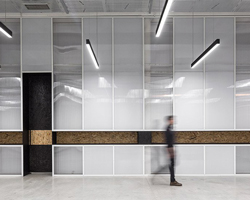 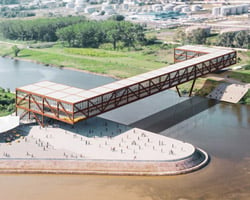