For World Ocean Day on June 8, Japanese aquarium Yokohama Hakkeijima has created a series of water globes using plastic waste collected from the ocean as flakes. Titled ‘MicroPlastic Globe’, the project raises awareness of the millions of tons of plastic that end up in oceans, where they completely disrupt the marine ecosystem. The collection features five designs, each one depicting an ocean creature known to be affected by plastic debris: clownfish, whale, sea turtle, jellyfish, and penguins. 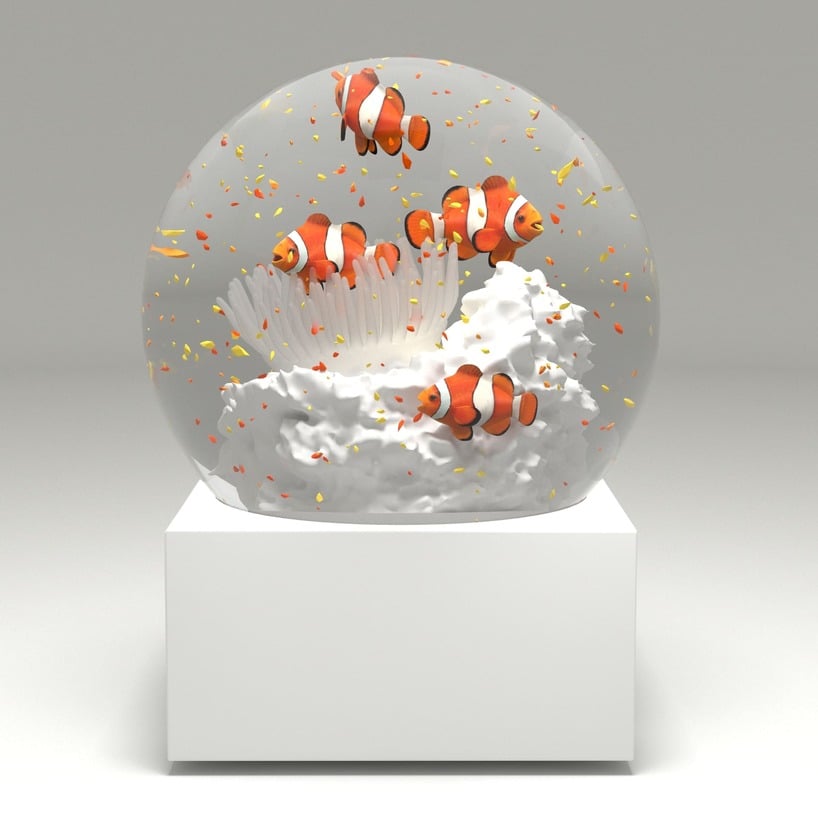 each globe depicts an ocean creature affected by plastic pollution

the tragic impact of plastic waste on ocean creatures

According to research conducted by Yokohama Hakkeijima (see more here), clownfish are especially affected by this dangerous waste. ‘It has been reported that their habitat, sea anemones, to become bleached are bleached because of microplastics in the ocean,’ explains the company. The whale, meanwhile, is depicted with its mouth open, ingesting these tiny plastic flakes along with its food.

The ‘Microplastic Globe’ is currently exhibited as part of the ‘Imagine the Future Ocean with Art’ show in ITOCHU SDGs Studio, Tokyo, until July 18, 2022. Admission is free, and opening hours are between 11:00 and 18:00 (with Monday being a holiday). 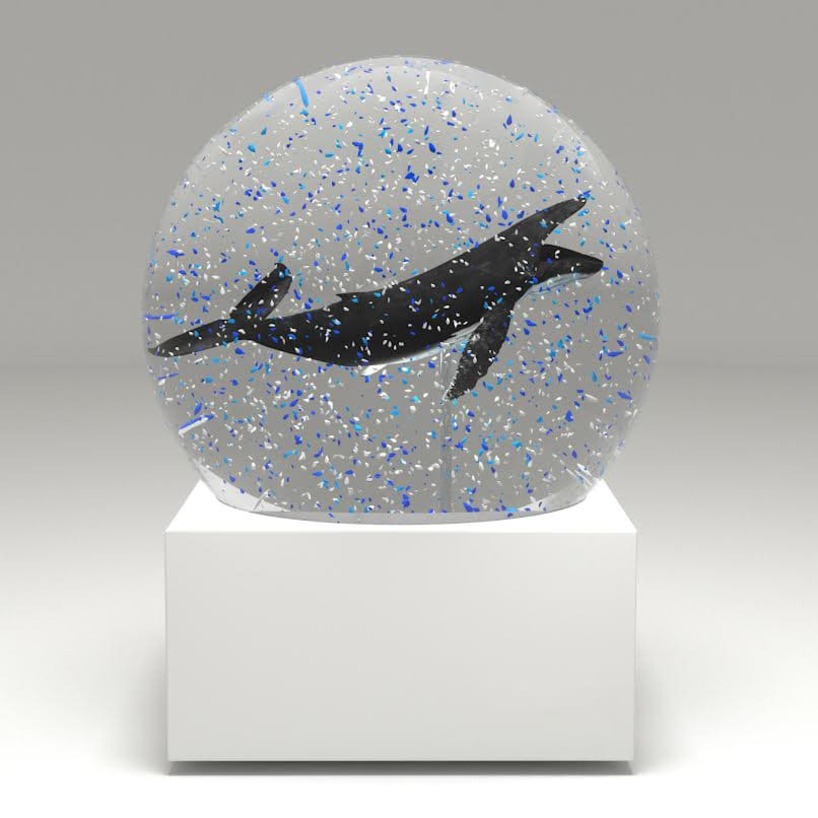 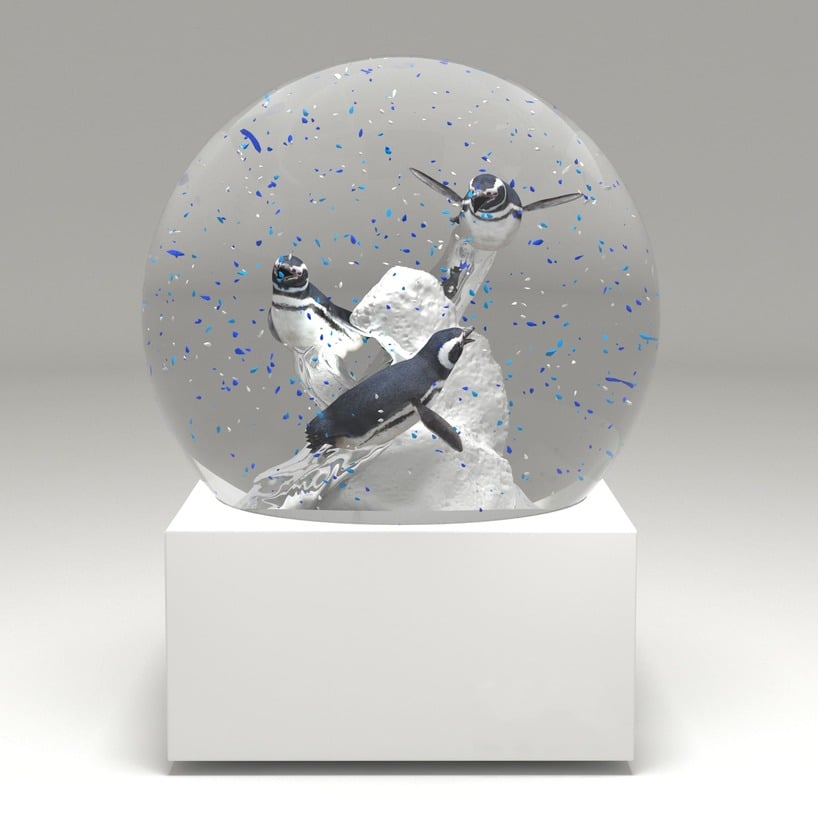 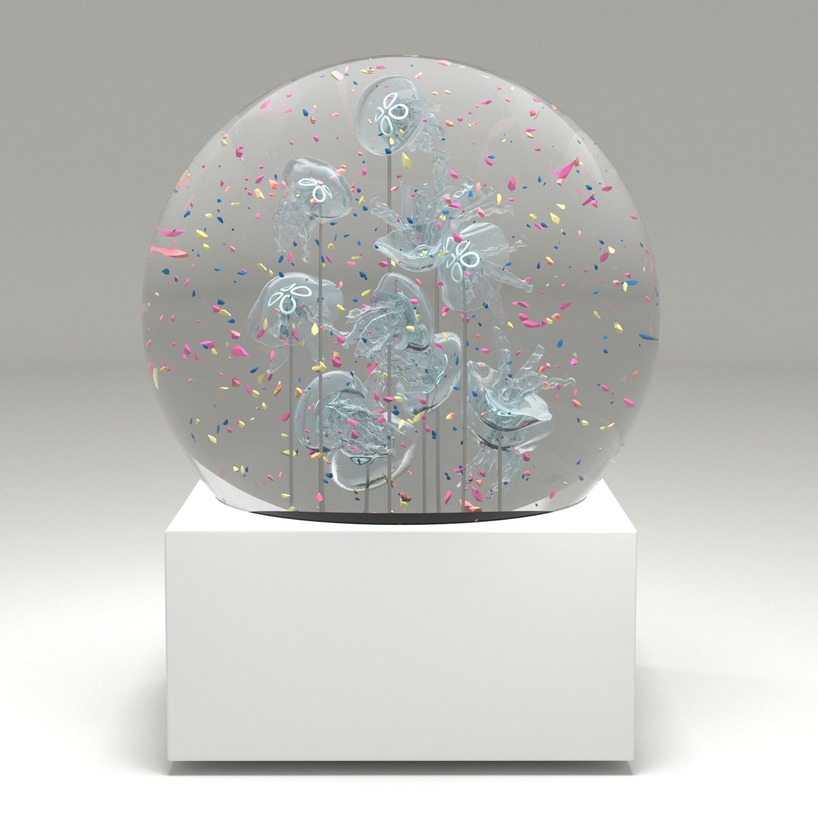 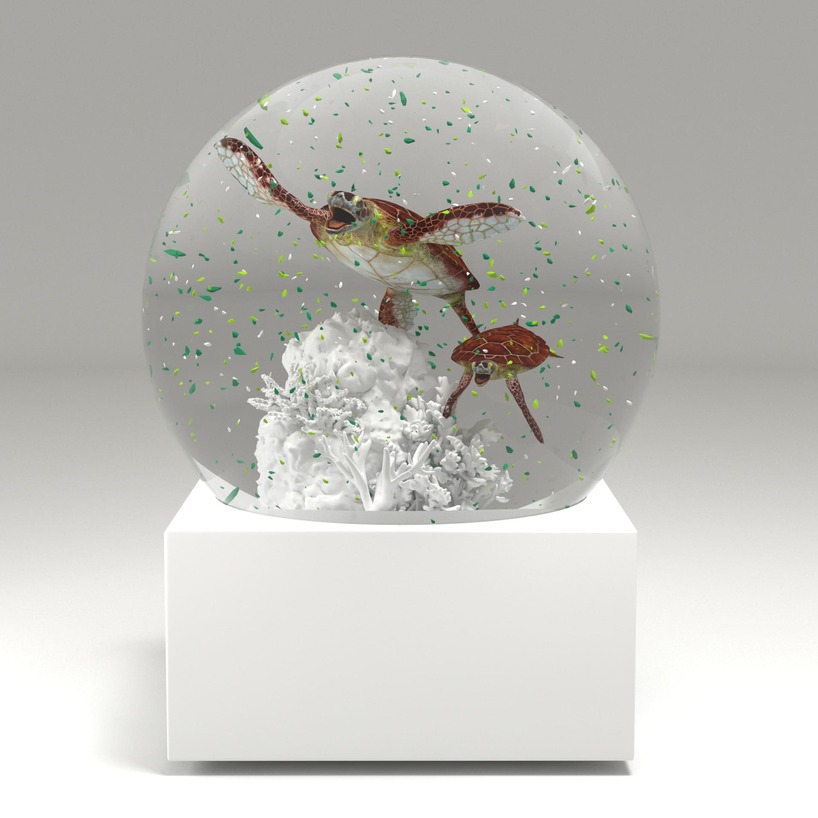 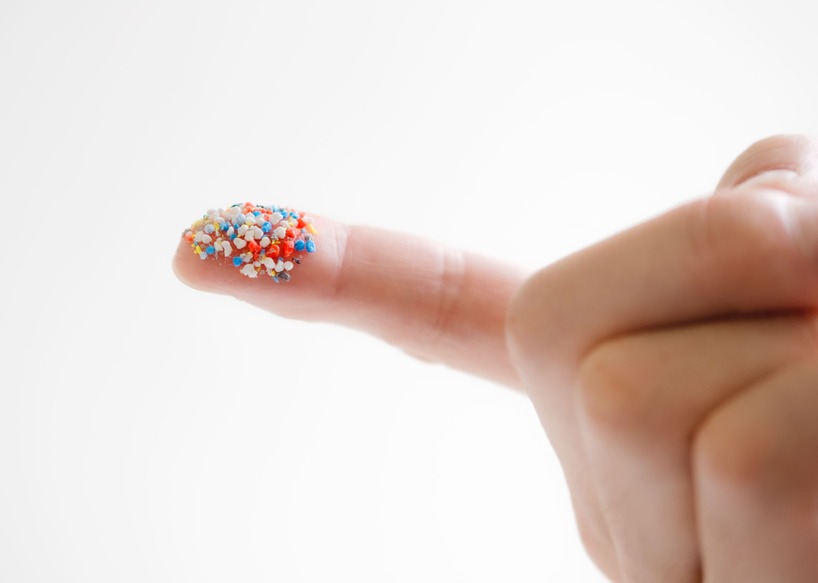 close-up shot of the microplastic flakes found in oceans

Jun 13, 2022
teen inventor builds a robot that can detect microplastics in our oceans
ben lecomte swims the great pacific garbage patch and finds it teeming with life