greenery installation branch wow! grass! of UK turf company lindum has covered the entirety of the nave belonging to york minster with a layer of real grass.  rather than growing turf from a soil base, the company instead starts their roll-able plant sheets from a felt structure formed from recycled british textiles, developed by lindum. a team of ten workers extended a layer of plastic upon the ground of the church, then putting in place the soil-less plant artwork, transforming the gothic structure’s nave into a green expanse of interior space. the 16,000 square foot grass artwork had been developed for the york minster rose dinner to benefit the cathedral’s monetary collection organization, the york minster fund, for the continued upkeep of the 1,000 year old structure. 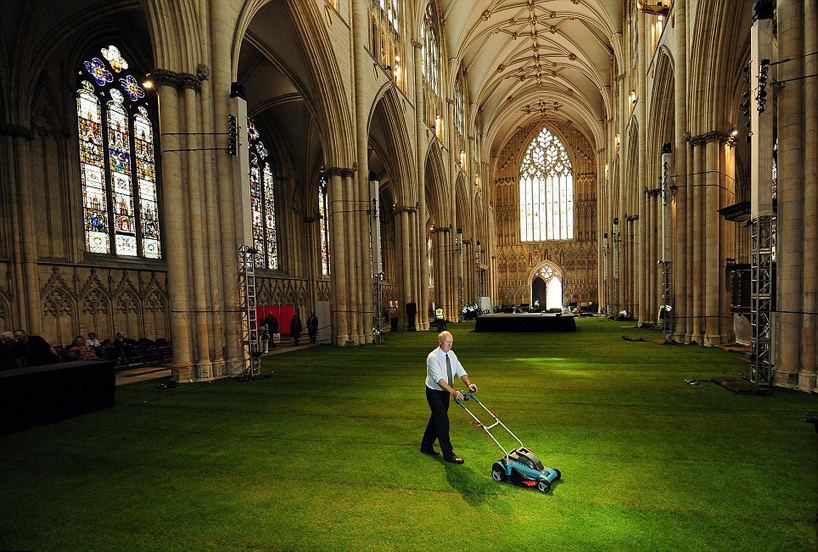 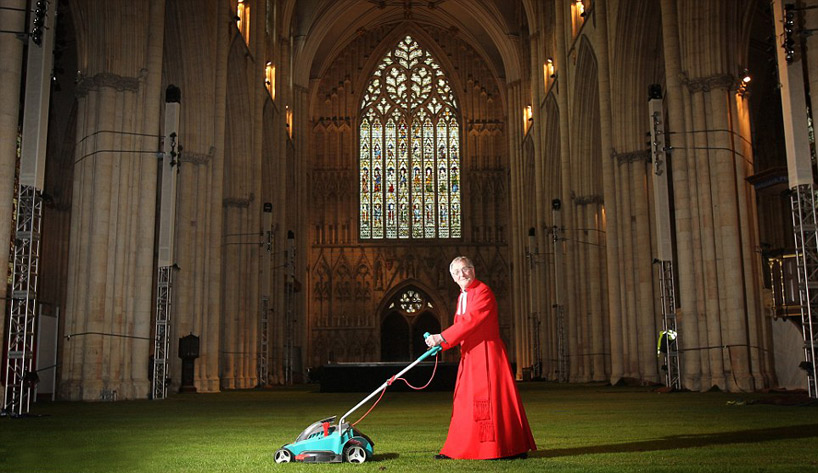 a leader of the english church pushes a lawn mower across the interior of the church image © rossparry.co.uk 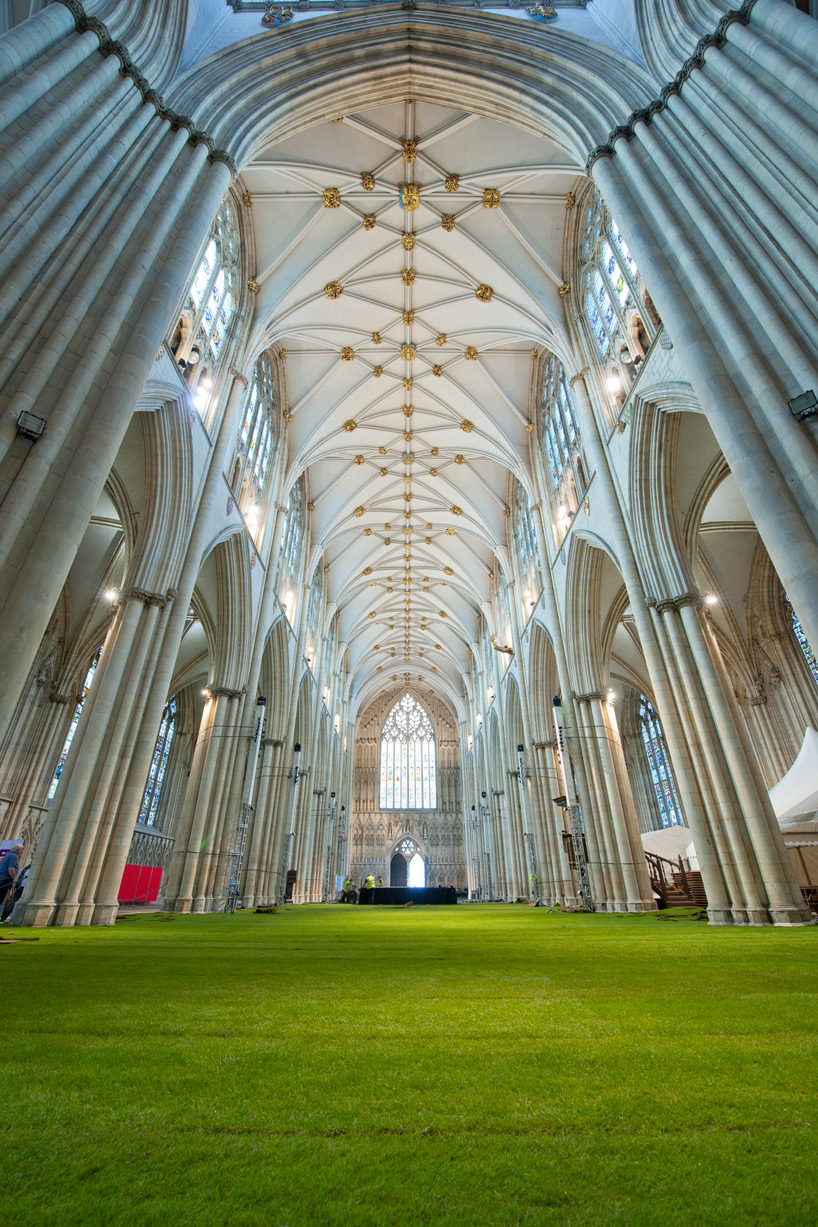 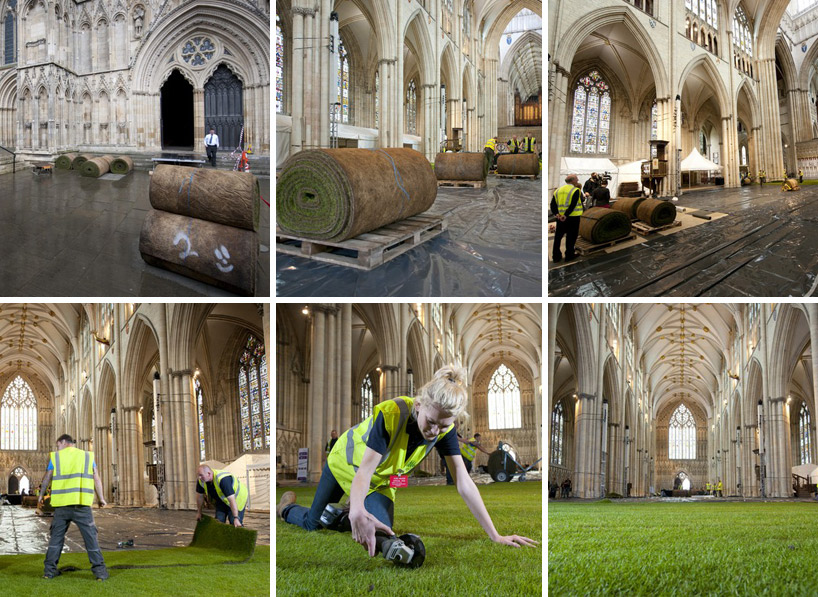 building of the grassy cathedral interior image via sky news 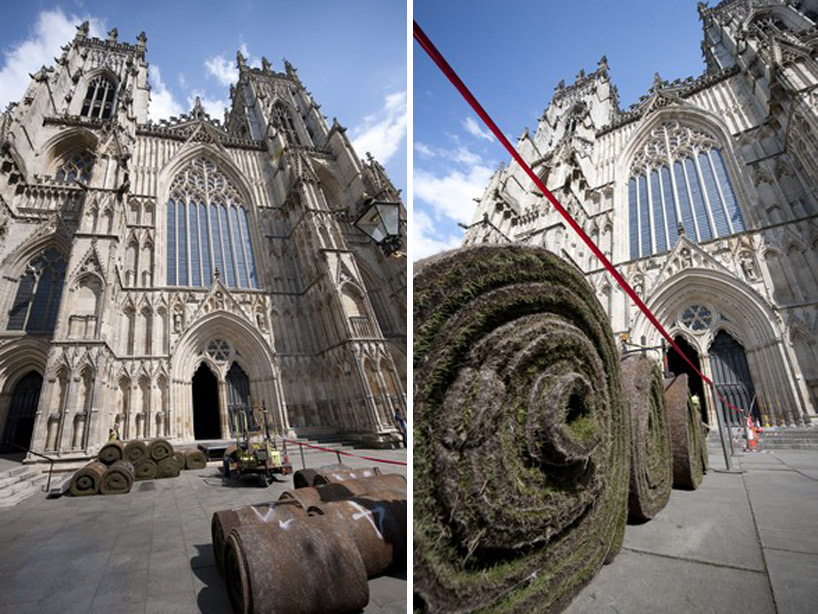 ‘wowgrass in york minster’ via

via daily mail / my modern met