taiwanese artist yung cheng lin, commonly known as 3CM, visualizes themes of women’s issues, social standards, and body modification through a photographic lens. the artist interprets these subjects through simple tools and materials that interact with a human body to reveal a message and convey an idea. red string, push pins and roses literally intersect the female figures in the photographs, creating striking and somewhat alarming visual compositions that come to life through digital manipulation. 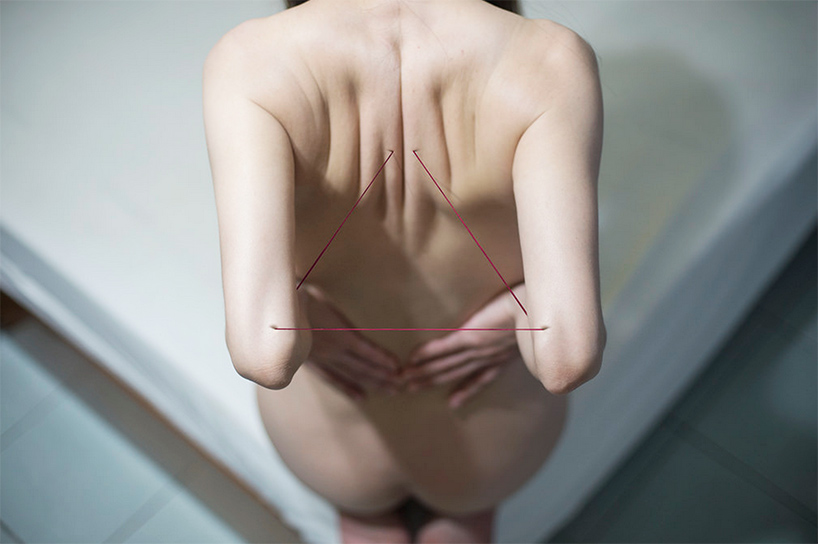 the image of thread weaves its way through multiple compositions — in one instance, the yarn pulls back the shoulders and arms of a pictured woman and ‘straightens’ her posture to a more ideal stance; the same string wraps around the collarbone of another female figure, pulling it forward and making it protrude further from her chest — a visual that brings to mind the popular poses in fashion magazines. while some images subtly reveal their context, the series as a whole seeks to reflect on societal standards and the extreme effort many women go through to modify their bodies to suit these ideals. 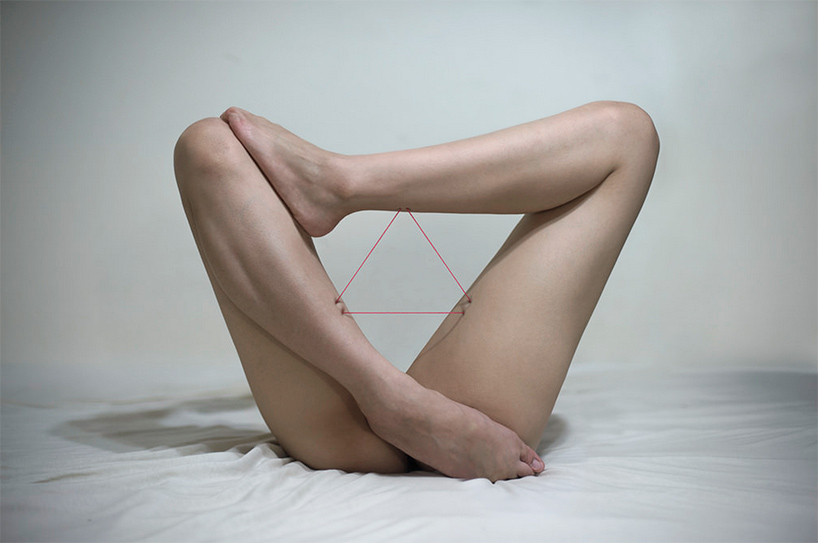 the thread forms a triangular space between the figure’s legs 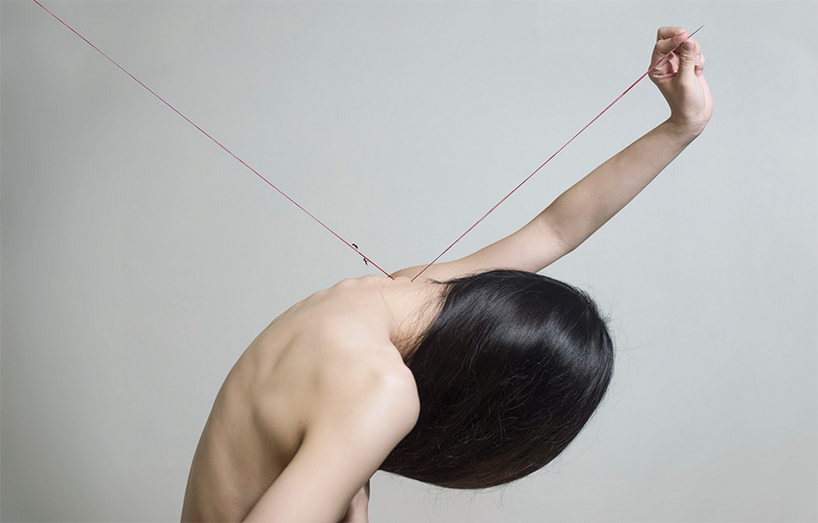 the thread weaves its way through many of the compositions 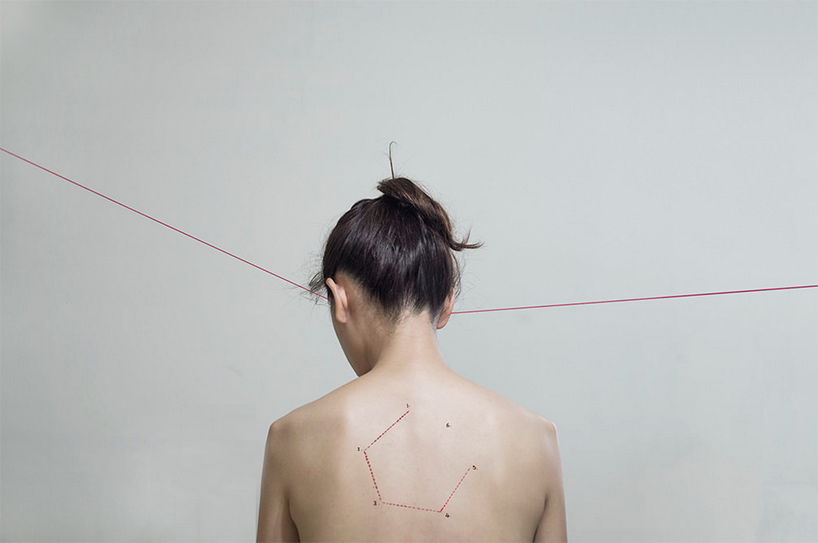 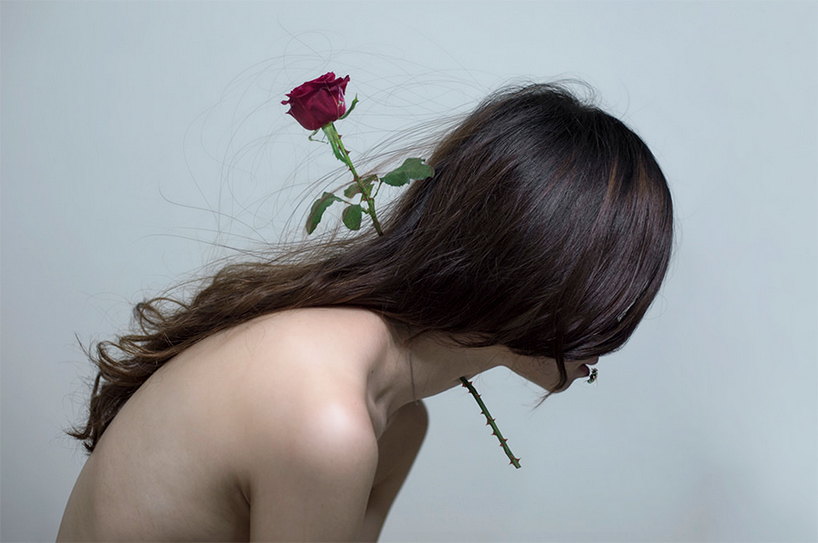 the thorny flower seemingly slices through the model’s body