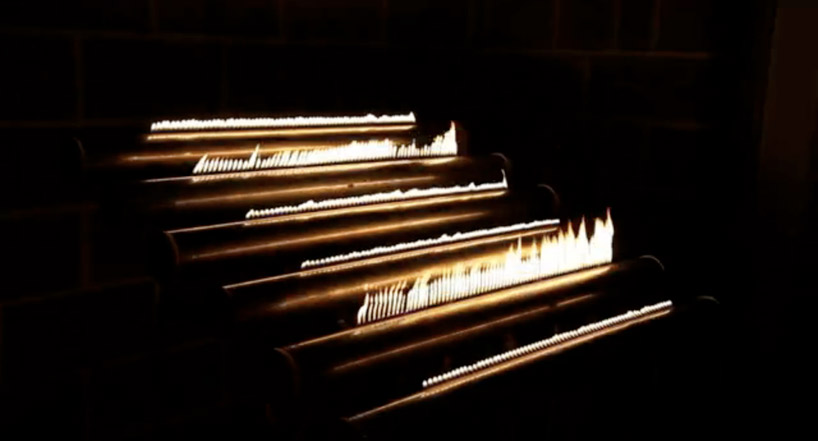 artists yuri suzuki, originally of tokyo, japan, and mathew kneebone of melbourne, australia have created the project ‘6 rubens tubes visualizer’.
the antique physics equipment consisting of wave flame tubes or simple flame tubes has been reconfigured by the two designers to dance in time
with music. invented by german scientist heinrich rubens in 1905, the device was able to demonstrate acoustic standing waves and accurately
portray the relationship between sound waves and sound pressure. this project utilizes six separate tubes to preform six layers of sound within a tune.
the result is a steam-punk like spectacle visualizing the movement of sound through flame. 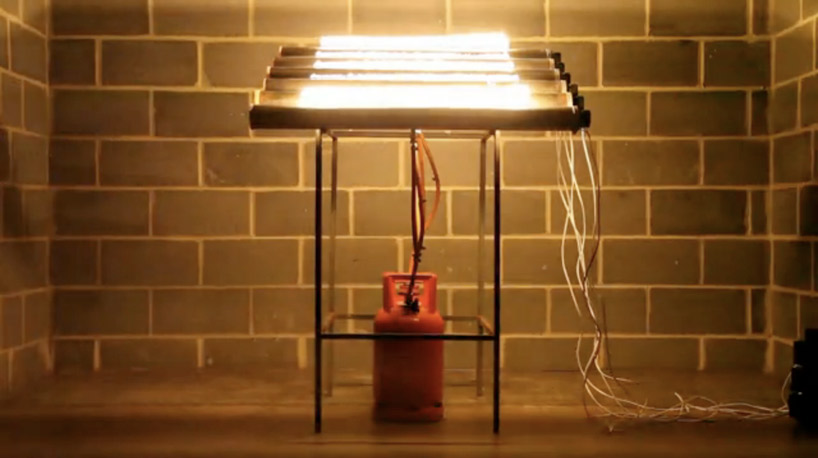 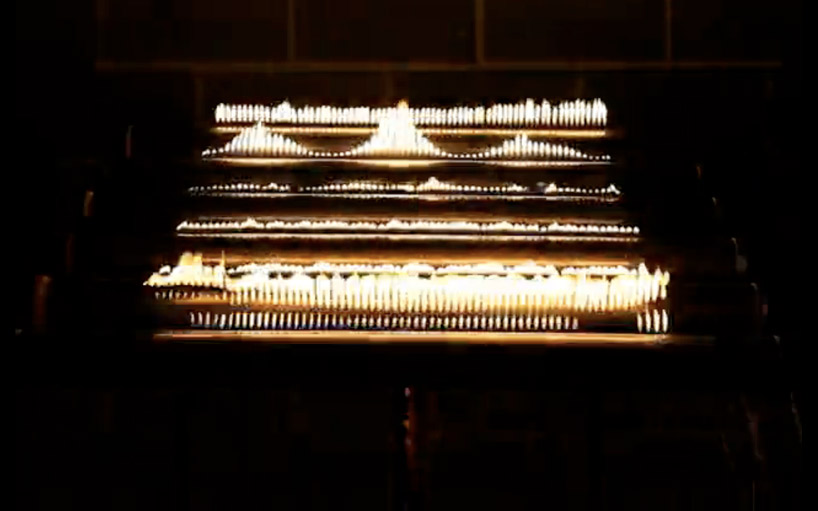 alternate perspectives of piece in motion