while many people prefer a life of simple pleasures, many others look towards money for happiness and fulfillment. materialism and greed motivate millions to build their sense of satisfaction on cash and big bills, worshiping money as an almost spiritual symbol.

ukrainian photographer yurko dyachyshyn unites the two ideas in his series of hand-made collages entitled ‘saint franklin’. using the portrait of benjamin franklin on the $100 bill, dyachyshyn attaches the image to various pictorial representations of sacred icons. franklin’s face replaces the religious representations, while cut-out pieces from the bill are incorporated into the composition. the addition of serial numbers, governmental seals and the phrase ‘in god we trust’ form a new figure that signifies society’s worship of material things. 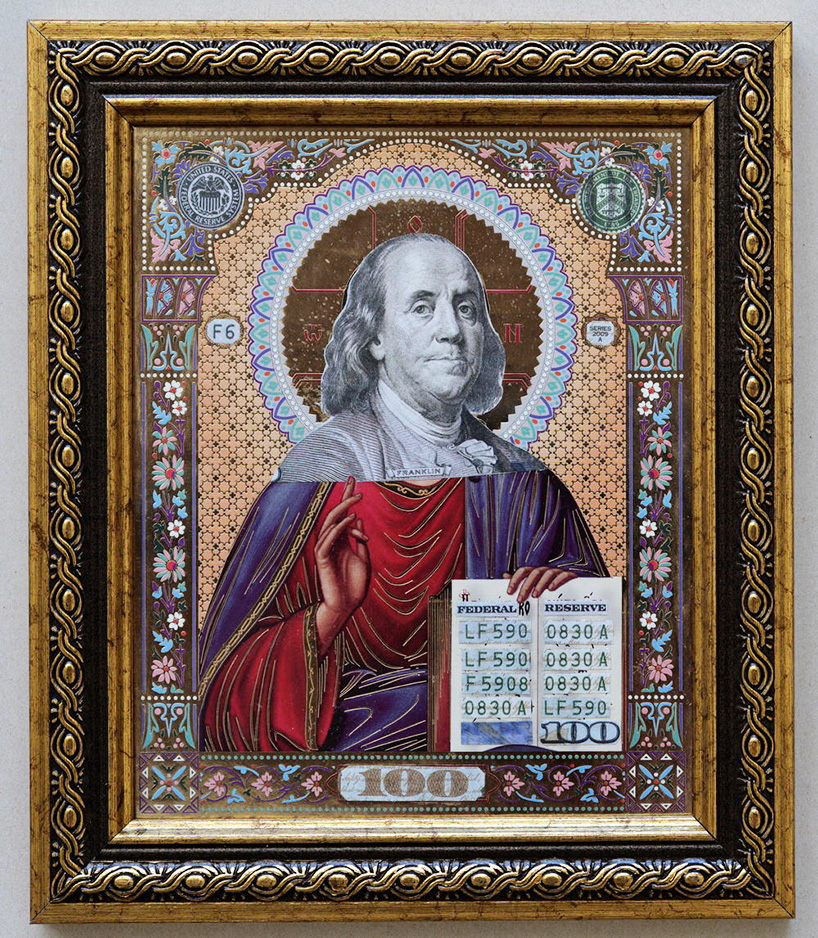 serial numbers taken from 100 dollar bills are inscribed in writing 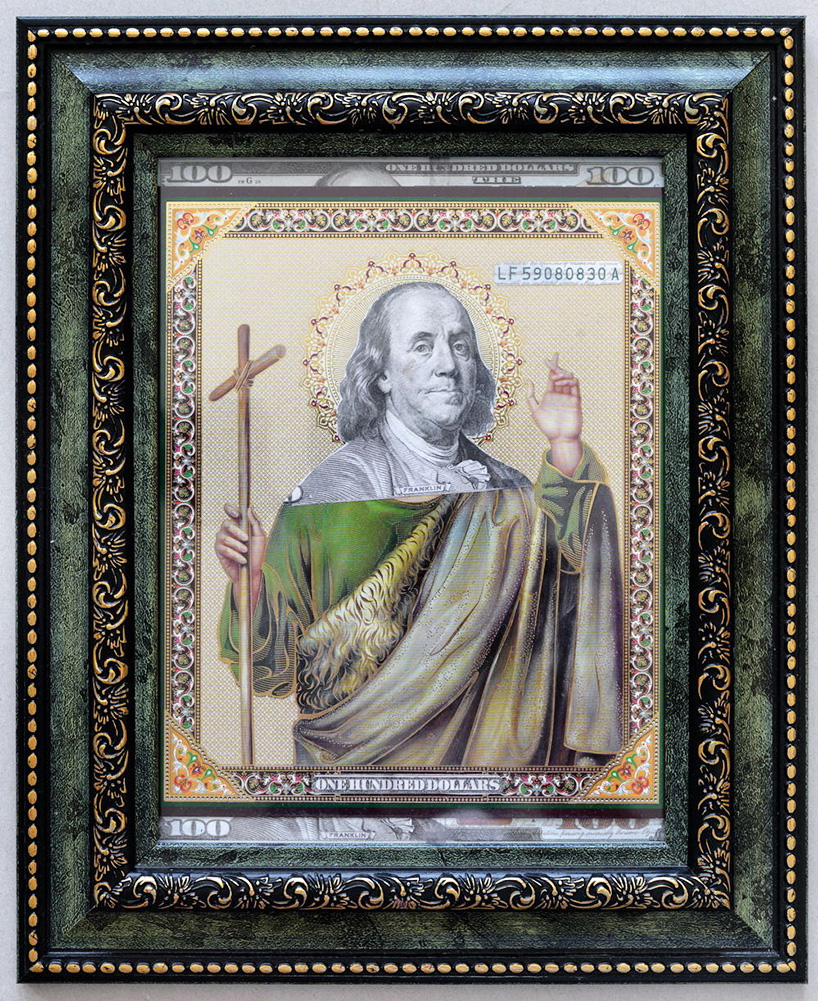 franklin’s face covers the image of the religious icon 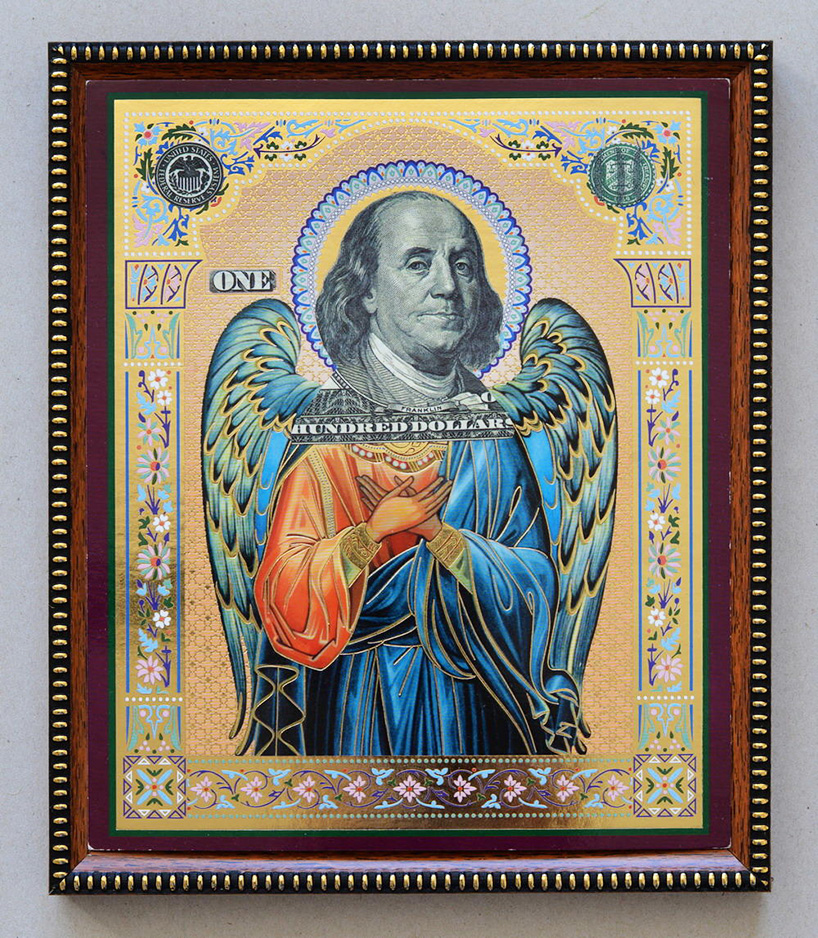 franklin is placed on the body of a winged figure 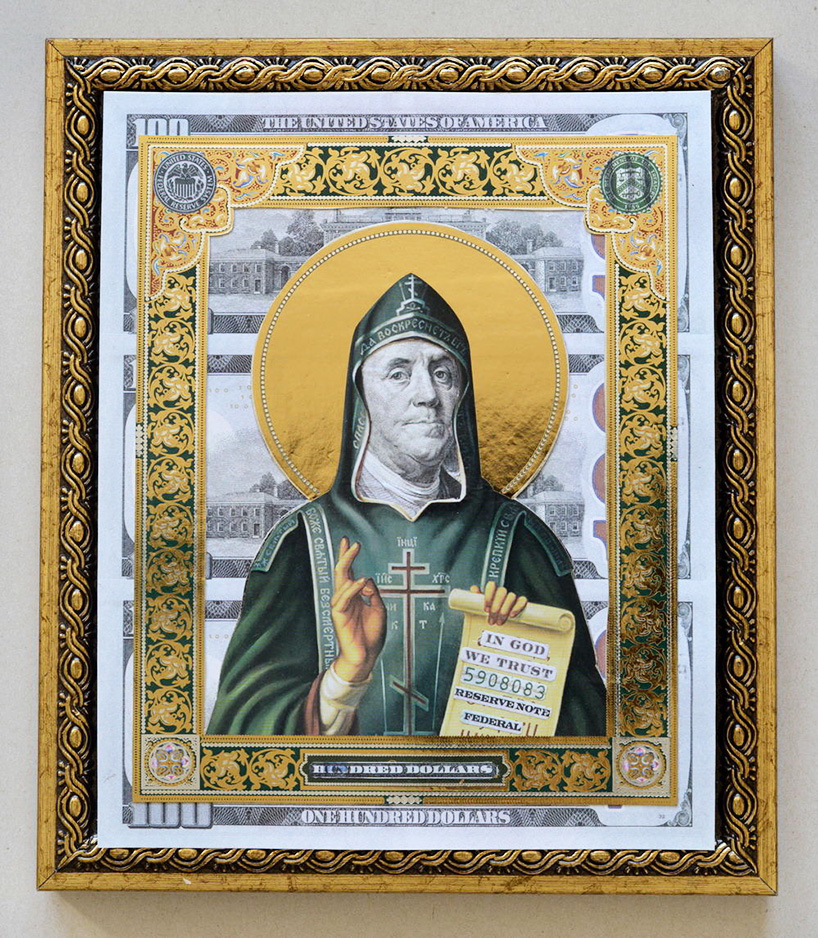 a gold halo surrounds the portrait the figure holds flowers and wears a blue robe 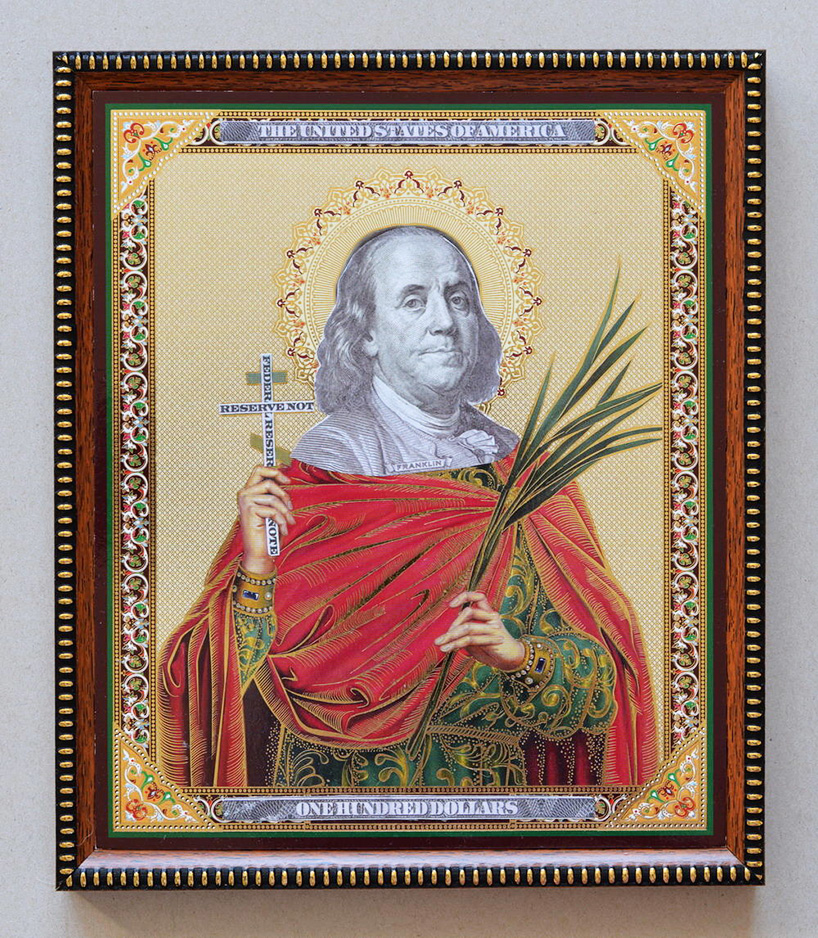 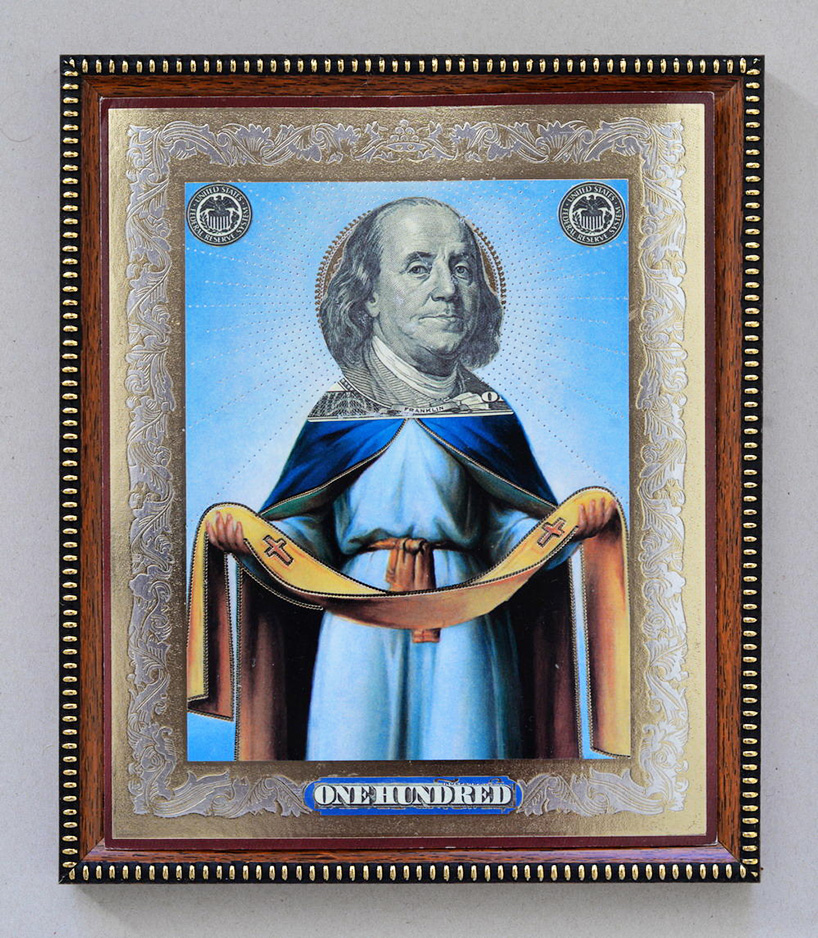 the figure holds a religious garment 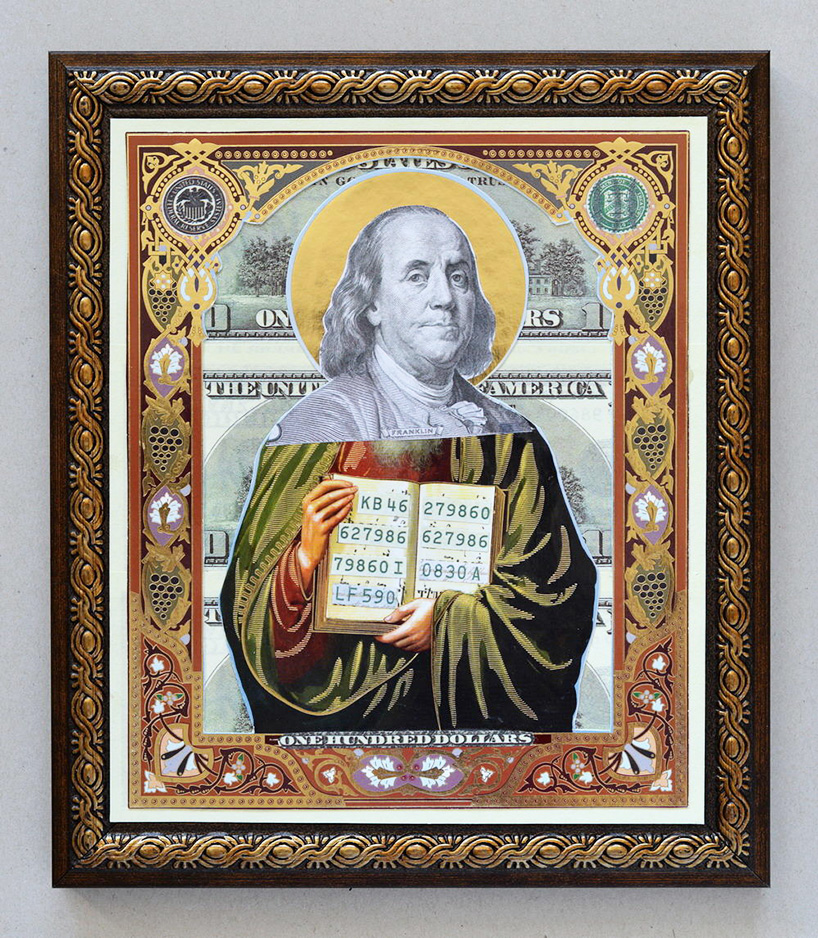 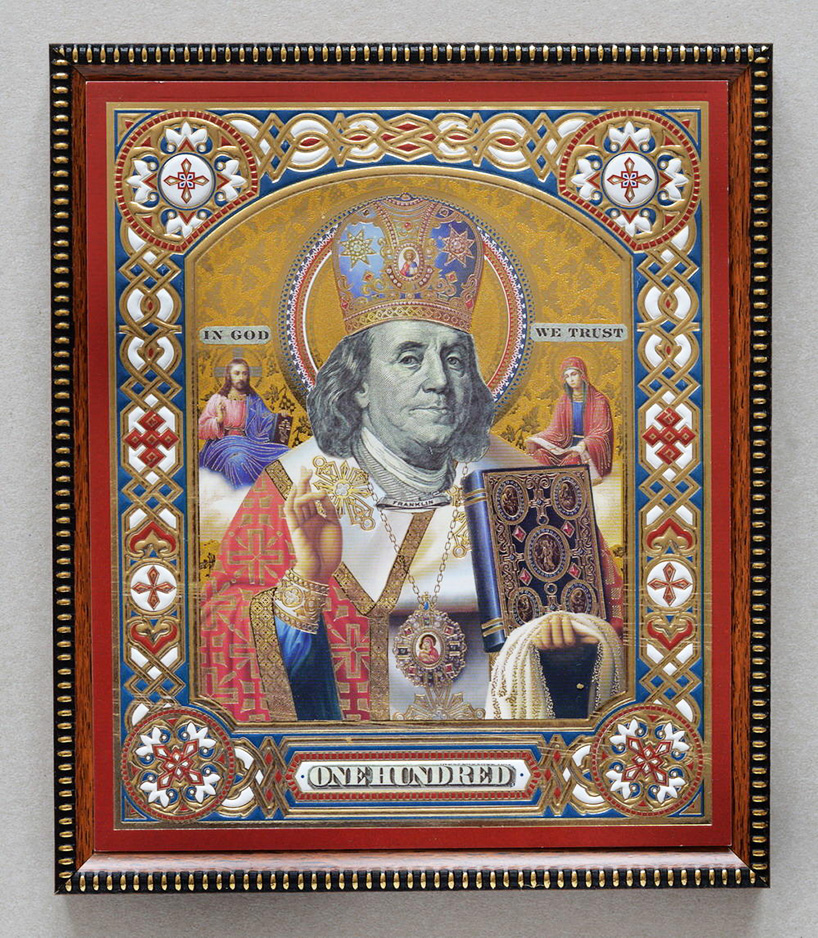 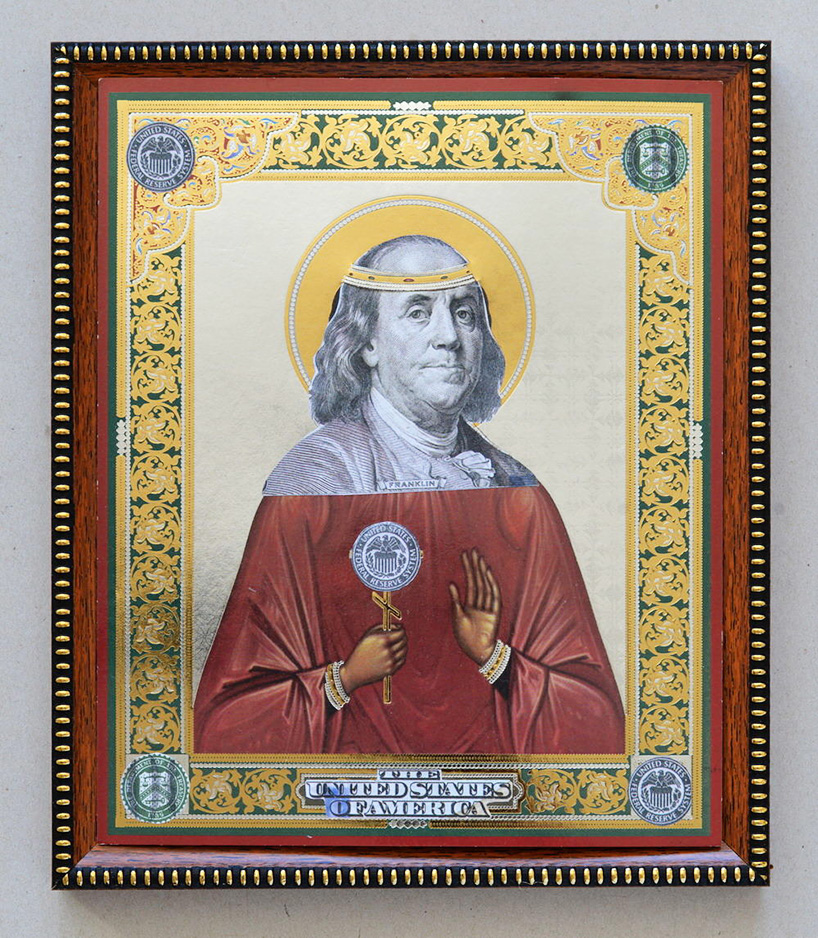 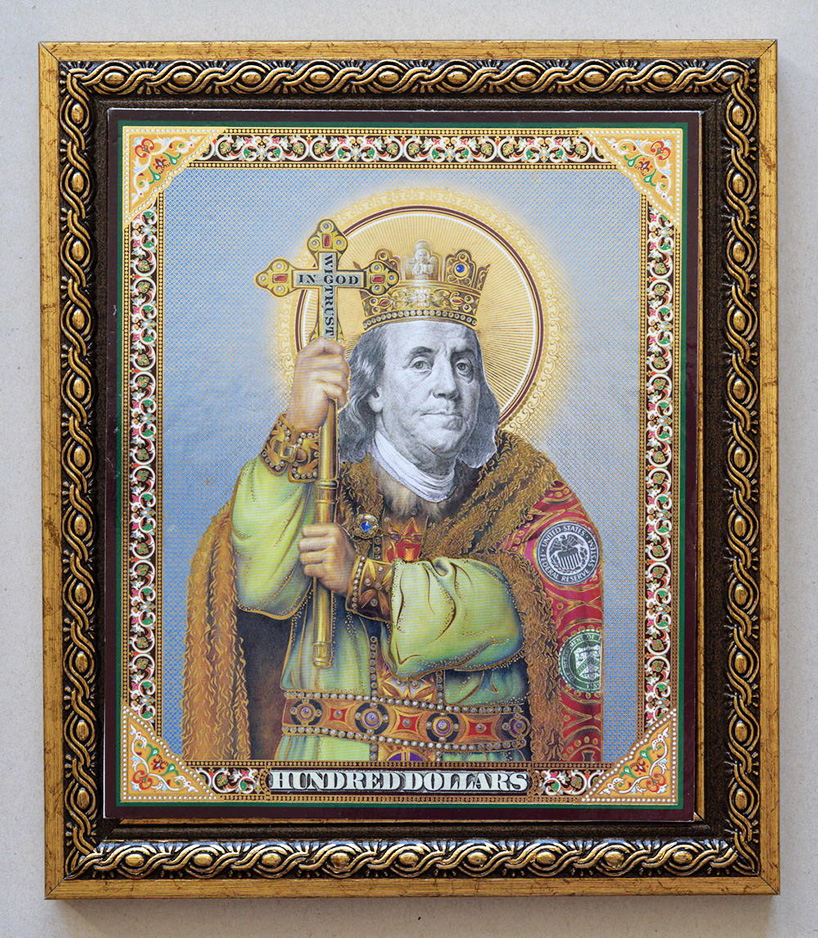 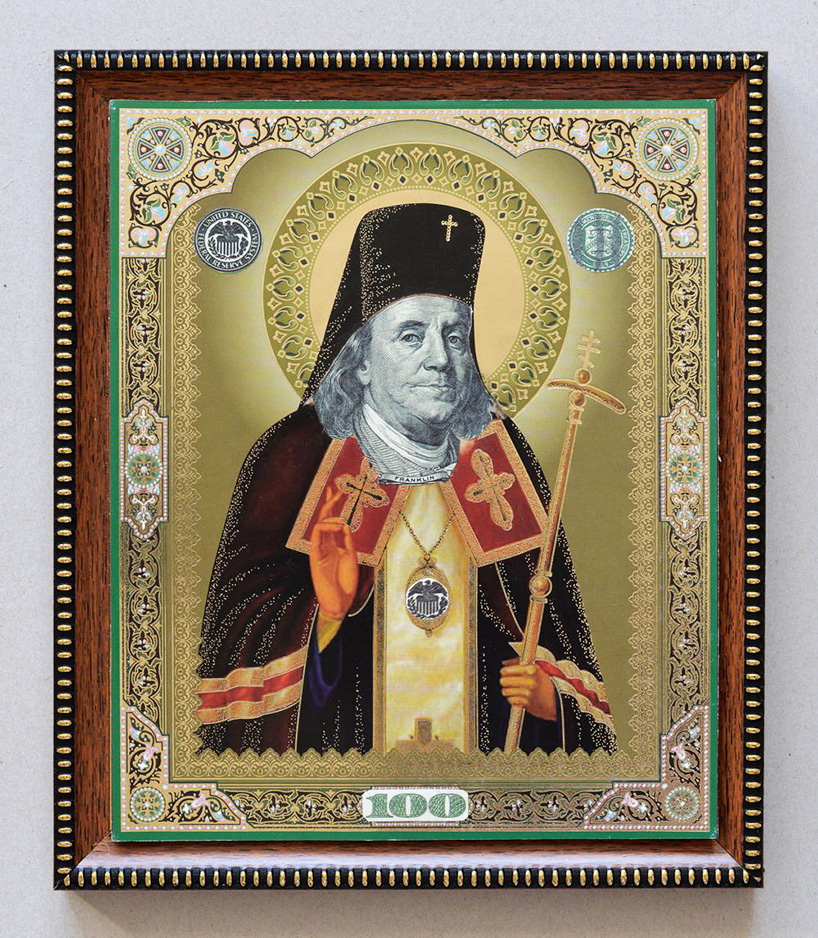 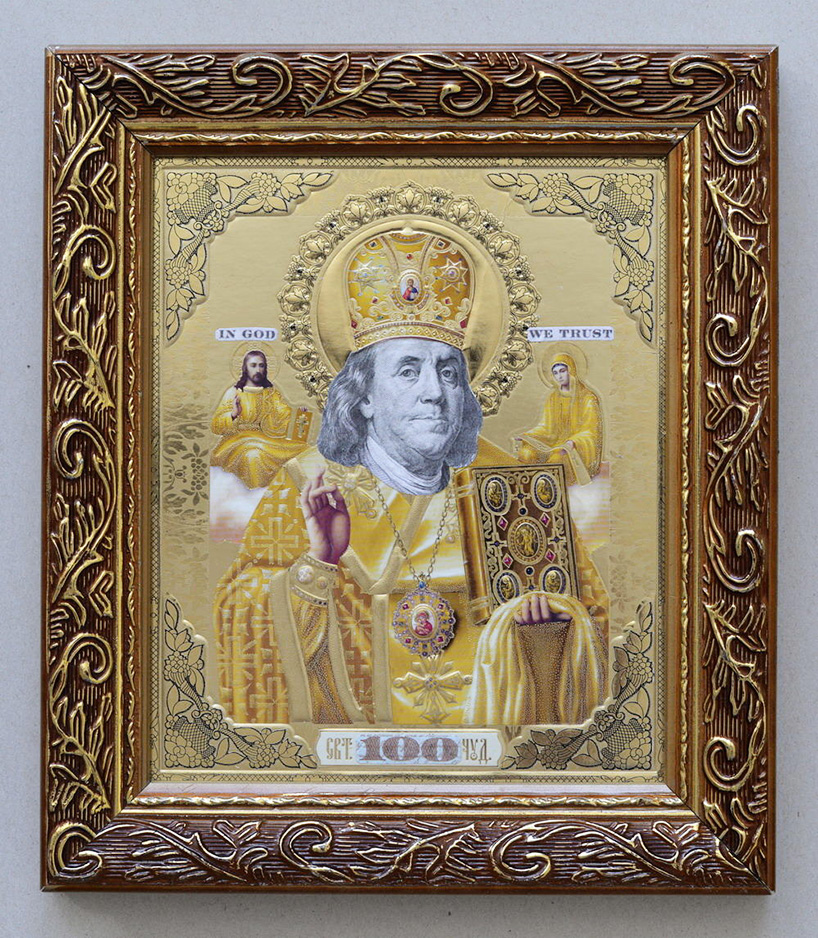 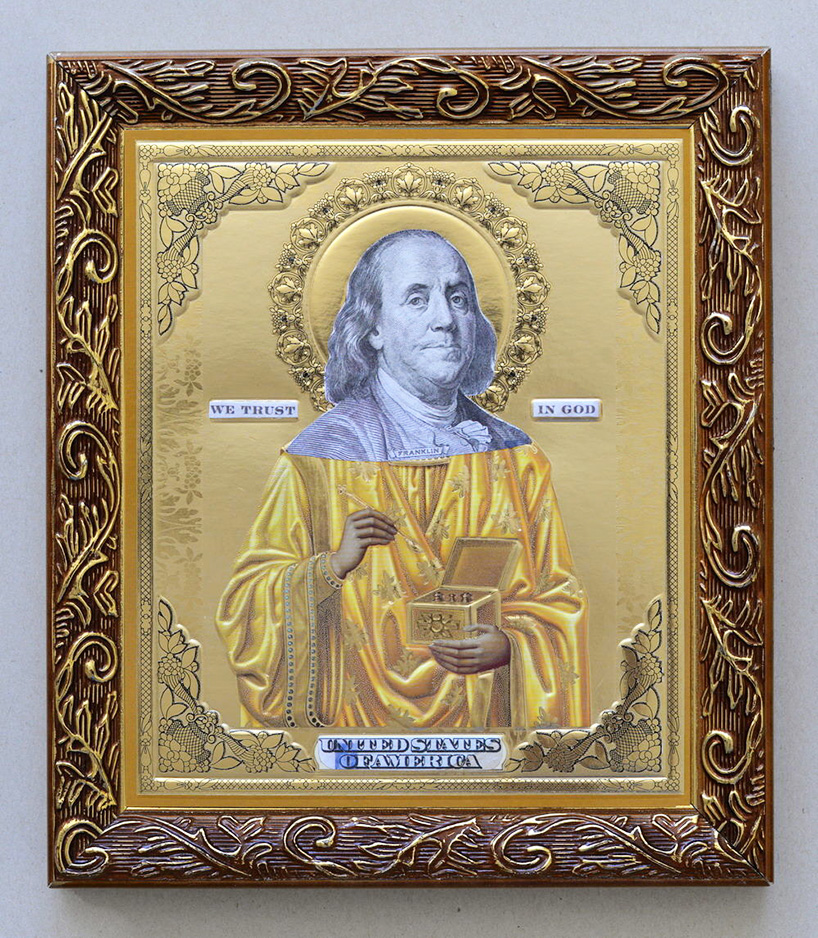 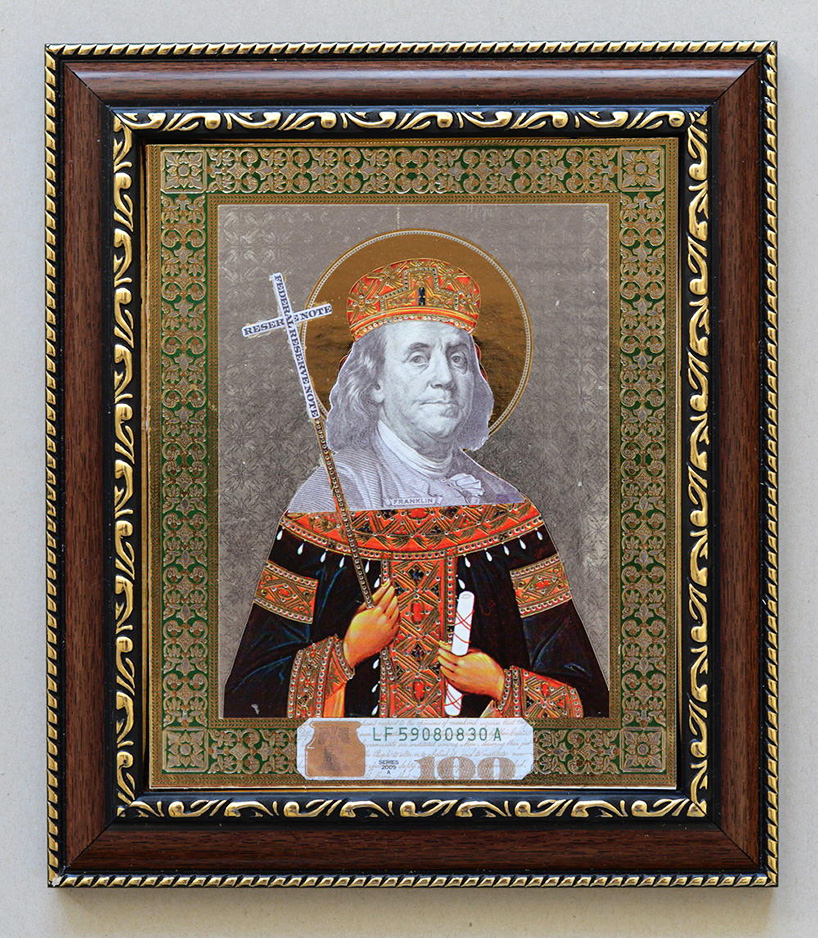 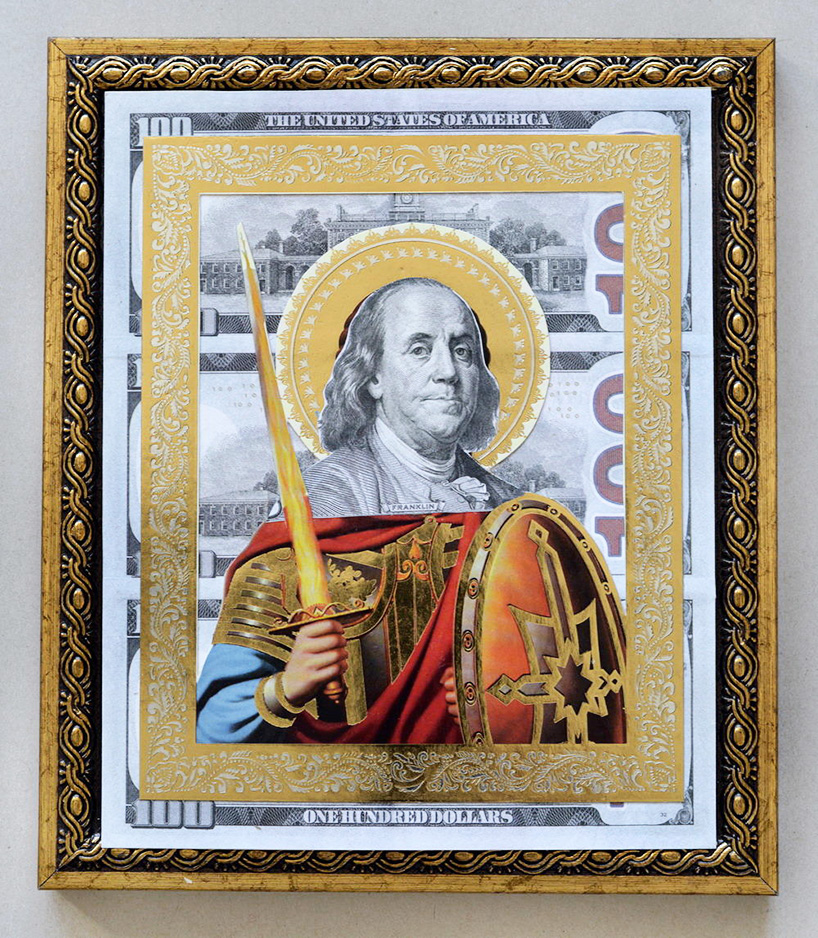 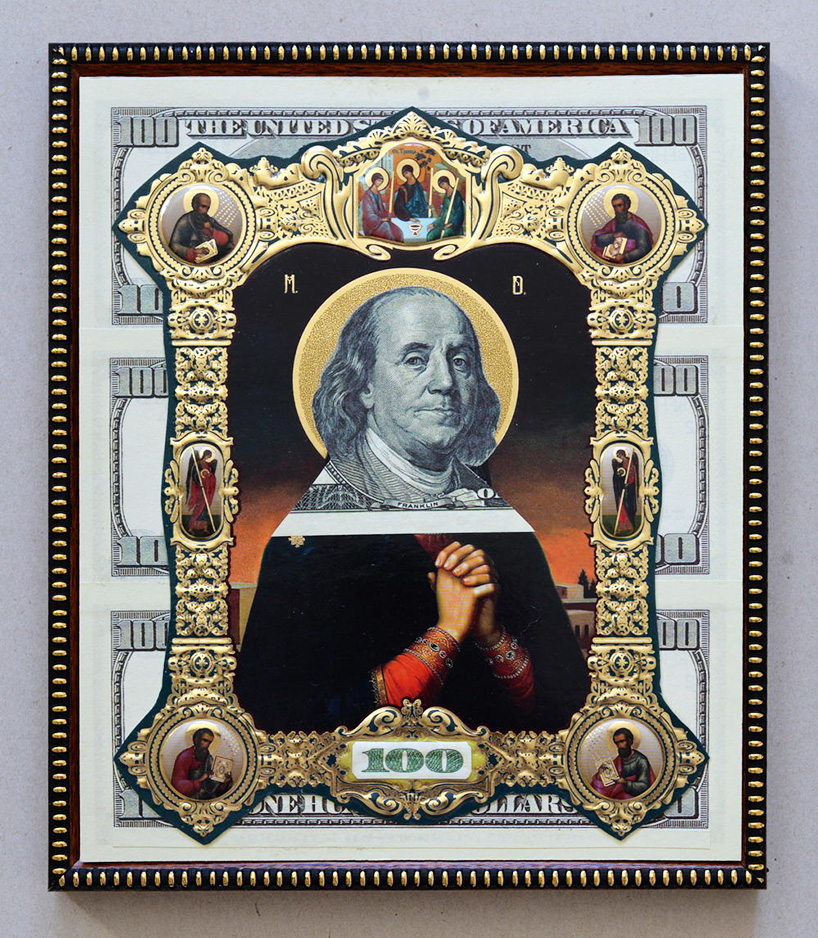 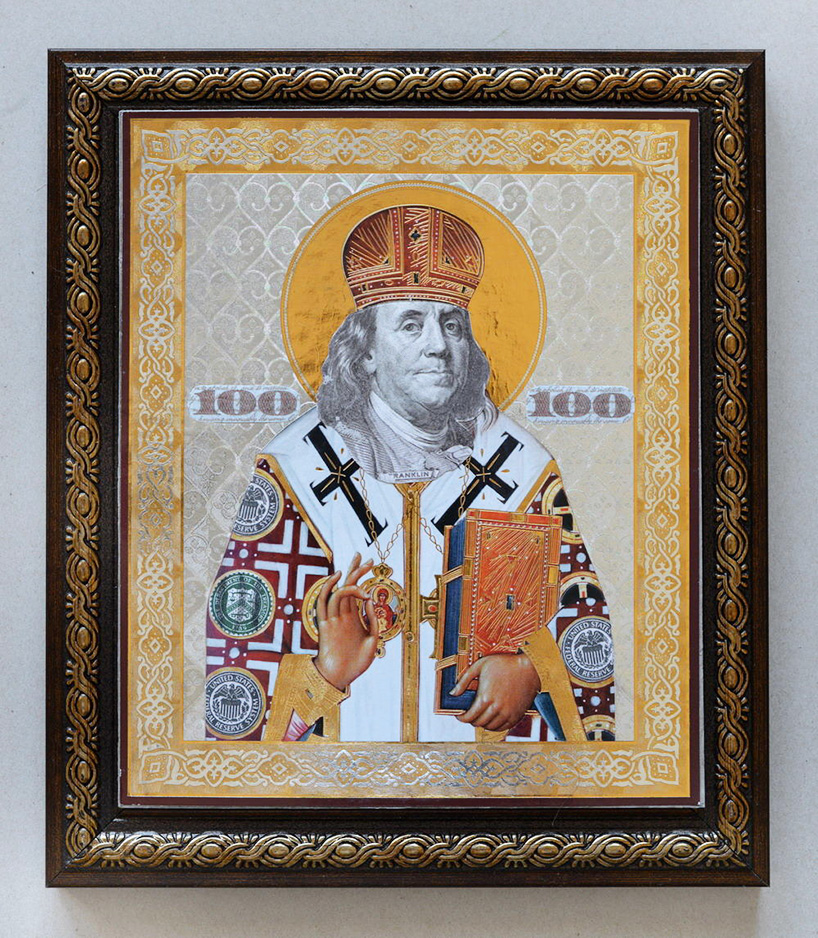 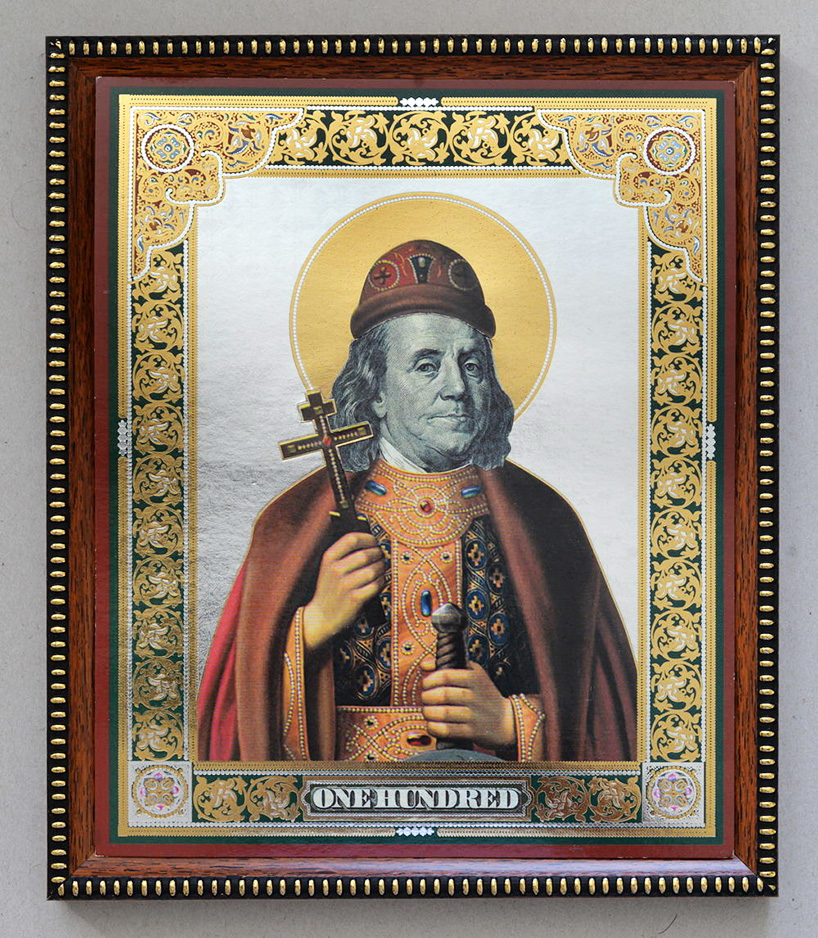 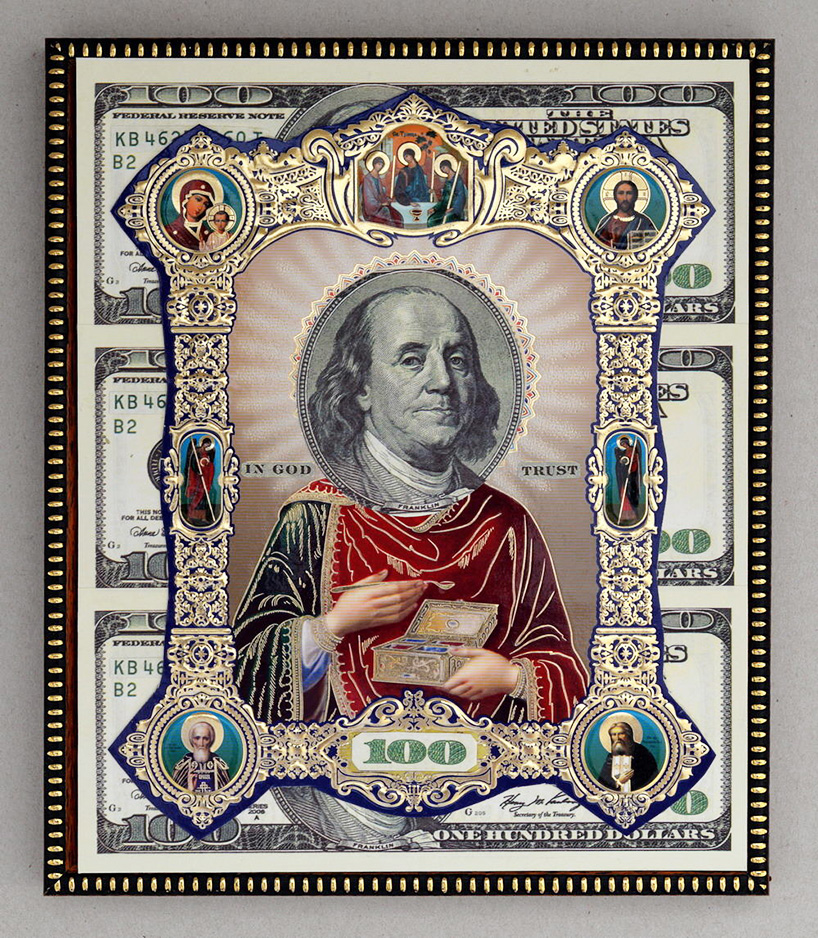