in his ongoing series ‘façades‘, zacharie gaudrillot-roy continues to abstract architectural surfaces, reducing towns and cities to their façades. the french photographer digitally erases the buildings’ volume, capturing their forward-facing exterior in a collection of landscapes that blur the border between reality and fiction. 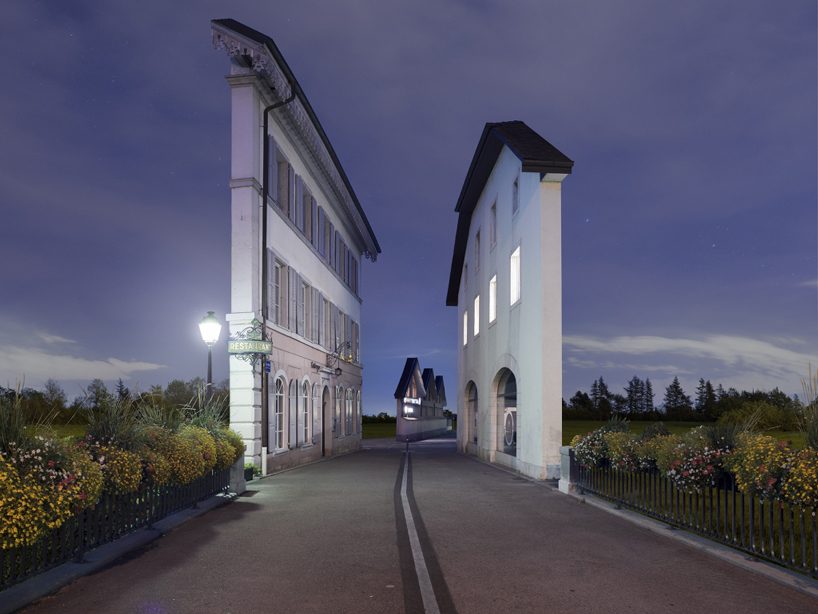 gaudrillot-roy started the project several years ago in an act of surrealism that aims to interrogate the way in which we interact with our surroundings. leaving an eerie architectural absence brings into question the definition of architecture and its role in characterising the places we inhabit. 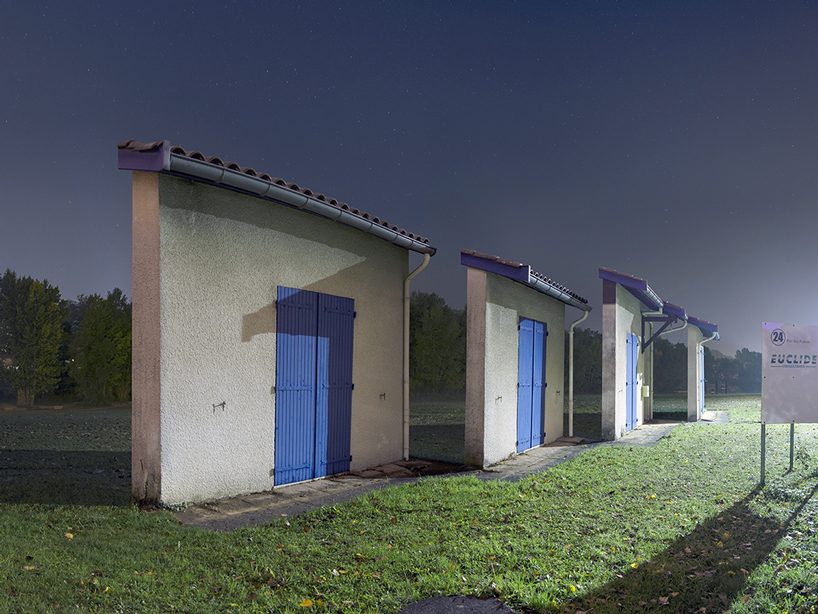 ‘the façade is literally the first thing one sees of a building, as its surface. it can be imposing, superficial but can also suggest safety‘, gaudrillot-roy explains. ‘this series thus offers a vision of an unknown world that would only be a picture, without intimate space, where looks are the only refuge.’ 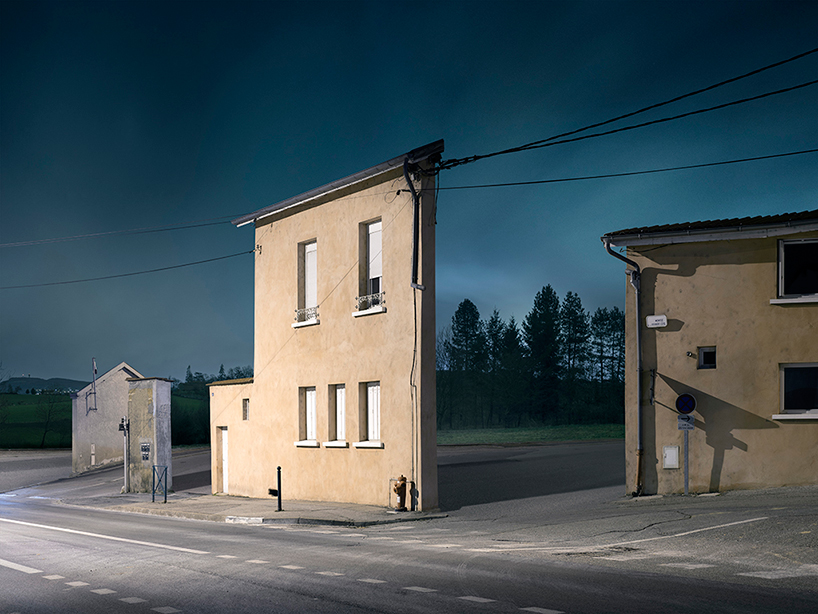 akin to the set of a hollywood movie, gaudrillot-roy locates himself as a spectator of a distant world, creating a sense of living as a stranger. set within a twilight atmosphere, he captures rids the façades of their most intimate and lively spaces to create an almost dystopian image. 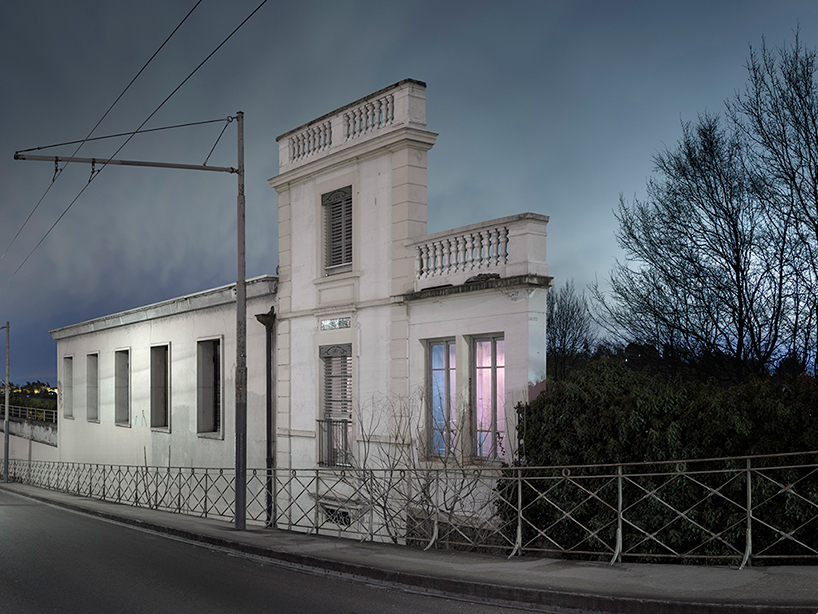 ‘of course, this work is not a question of artificiality,’ he continues. ‘it is more about perception of a – more or less – specific environment, the facade of a building brings interest in architecture and what it could host, so it inspires curiosity.’ 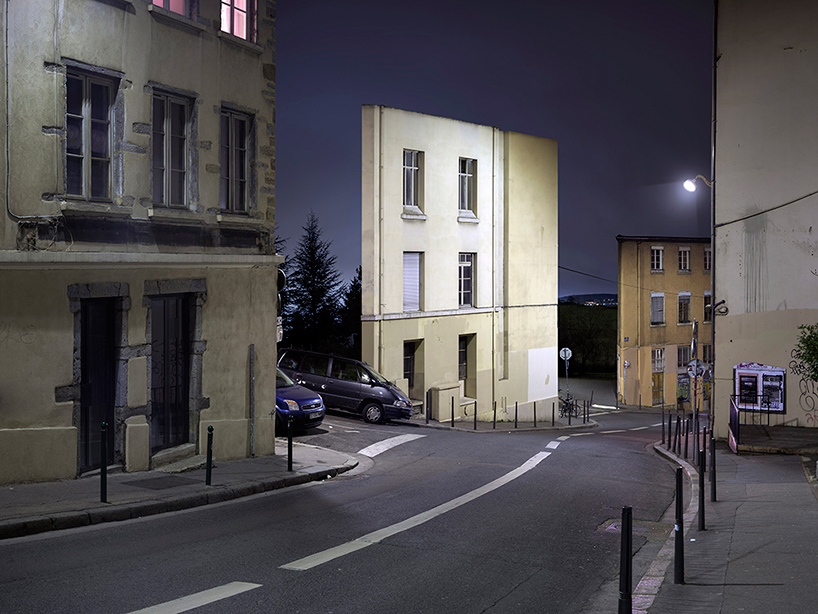 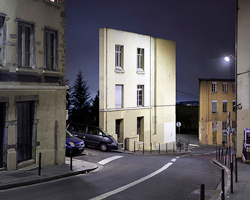 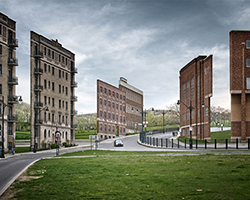