on the 170-meter-long façade of the karlsruhe’s baroque castle in germany, zaha hadid architects (ZHA) has collaborated with digital artists/computer science researchers andy lomas and mubbasir kapadia, and musician max cooper to create an immersive light mapping projection. ‘behaviour morphe’ highlights the digital spatial simulation tools ZHA applies in the comprehensive analysis and planning of its architecture, and seeks to explore how living spaces can be designed in the future. 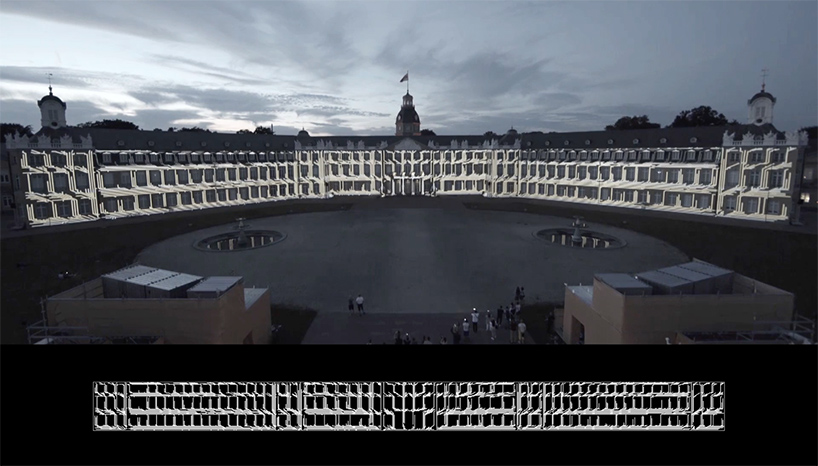 presented for the 2017 schlosslichtspiele festival, ‘behaviour morphe’ reveals the interior of the castle as a series of digital laboratories. these spaces show the circulation and congregation of digital actors programmed with AI that interact with the architecture of the building, as well as each other. zaha hadid architects worked together with andy lomas, mubbasir kapadia, and max cooper to create dynamic virtual spaces using real-time data that interprets the interactions of virtual characters. 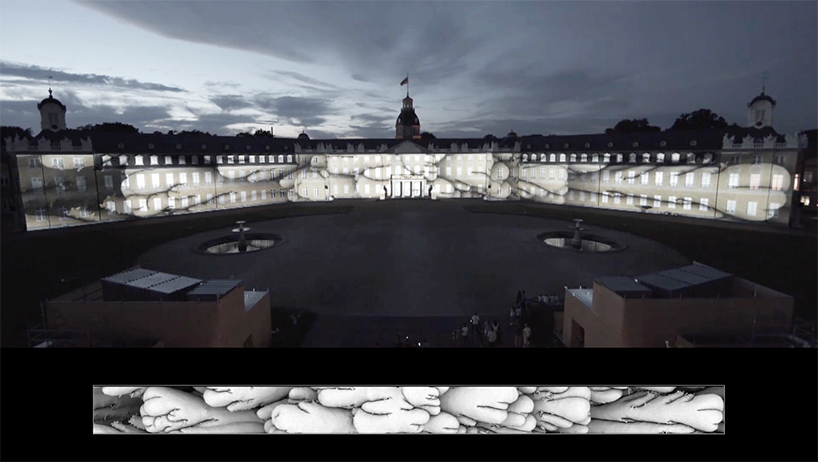 ‘ZHA’s ideas and work fit well with my musical approach, being based on human/machine boundaries, and emergence of biological forms from simulated systems of behaviour,’ max cooper says. ‘I drew on a couple of tracks which fit the visual style and the development of the piece, which goes from a playful exploration of human interactions with an architectural space to a barrage of cellular forms and audio-visual intensity.’ 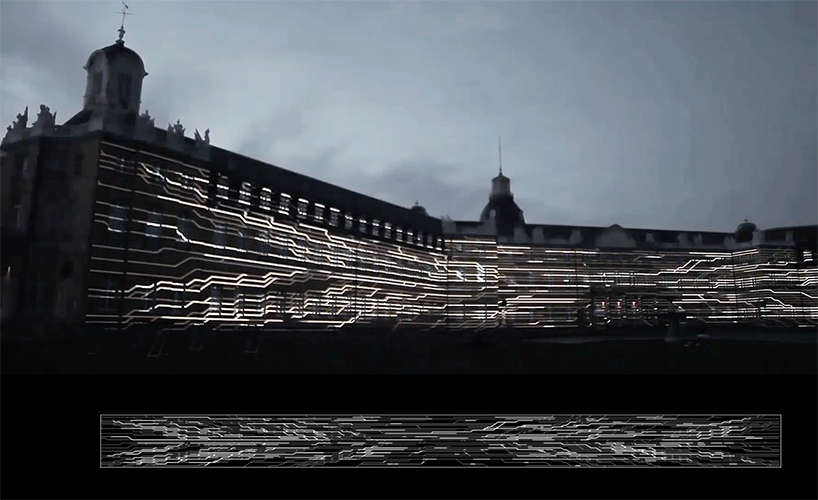 ‘behaviour morphe’ is presented for the 2017 schlosslichtspiele festival 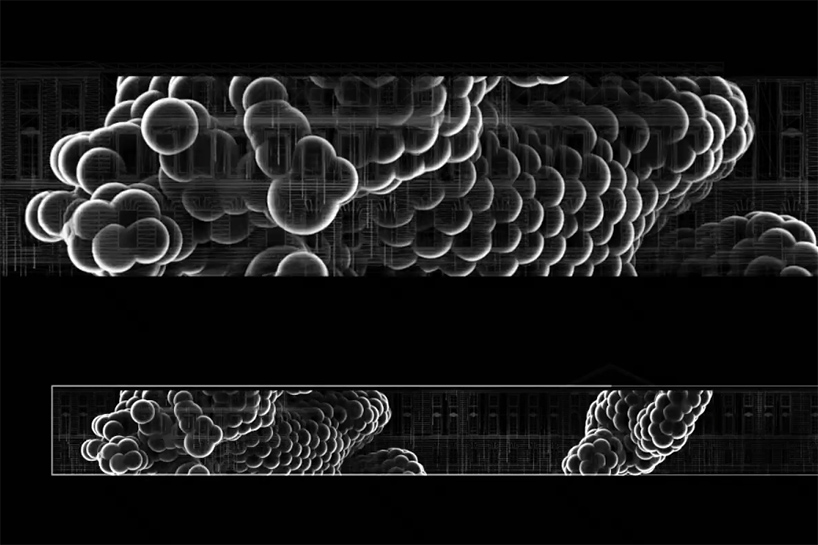 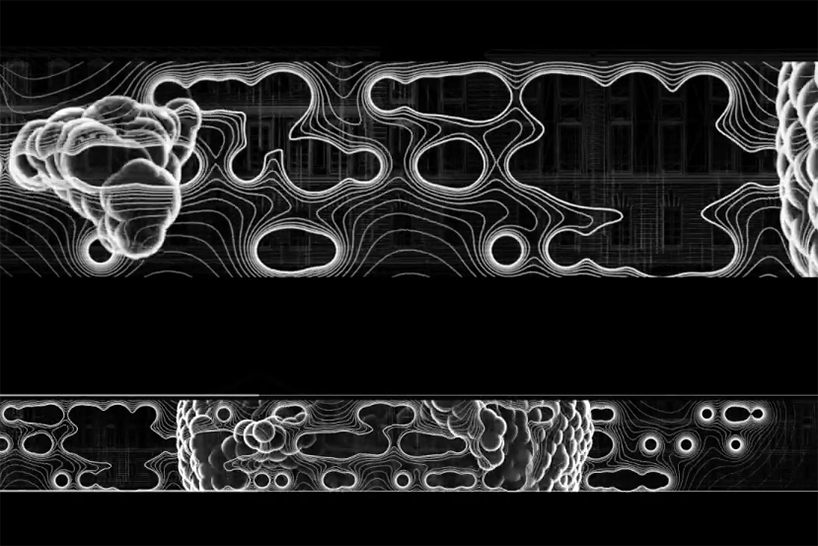 spaces show the circulation and congregation of digital actors 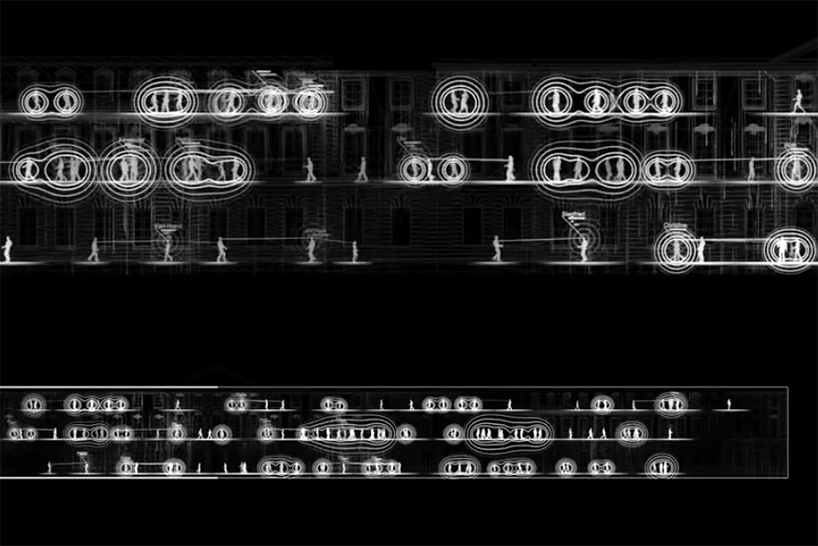