along nagykörút — a major thoroughfare in budapest built in 1896 that now forms one of the busiest parts of the city — local photographer zsolt hlinka has altered the spatial perception of the area’s historic sites. the series ‘100-year-old houses’ reinterprets the buildings as structural tunnels that lead to the infinity of the sky above. as the buildings frame the blue sky, the contrast between the geometric architectural forms and the immeasurable space overhead is exaggerated. this emphasis, in turn, draws attention to the hidden details often overlooked in buildings, like elevator shafts, window frames and brickwork. looking at the centrally-positioned photographs from the ground up seemingly symbolizes time — as the floors rise above the camera, their levels can represent the ever-growing age of the buildings.

hlinka’s previous photographic series sourced ‘urban symmetry’ on the banks of the river danube. the images emphasize each structure’s uniform proportions by placing them onto homogeneous, monochromic spaces that eliminate the surrounding exterior information. 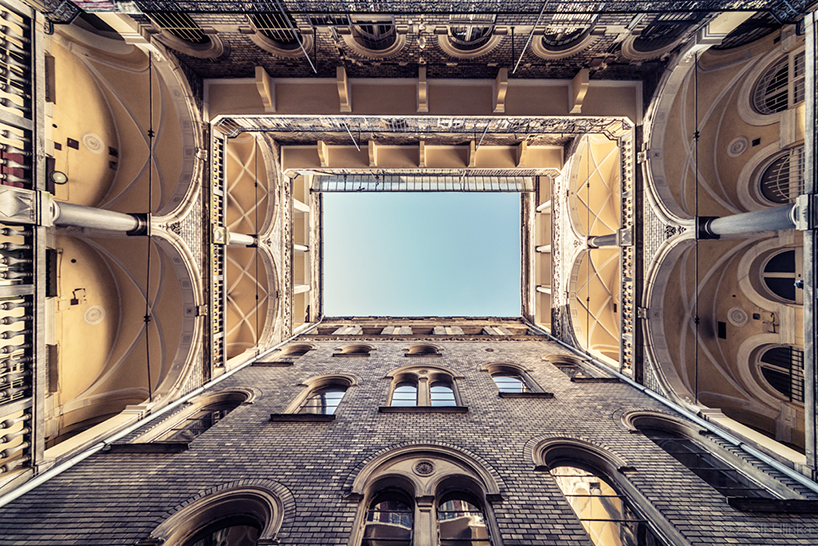 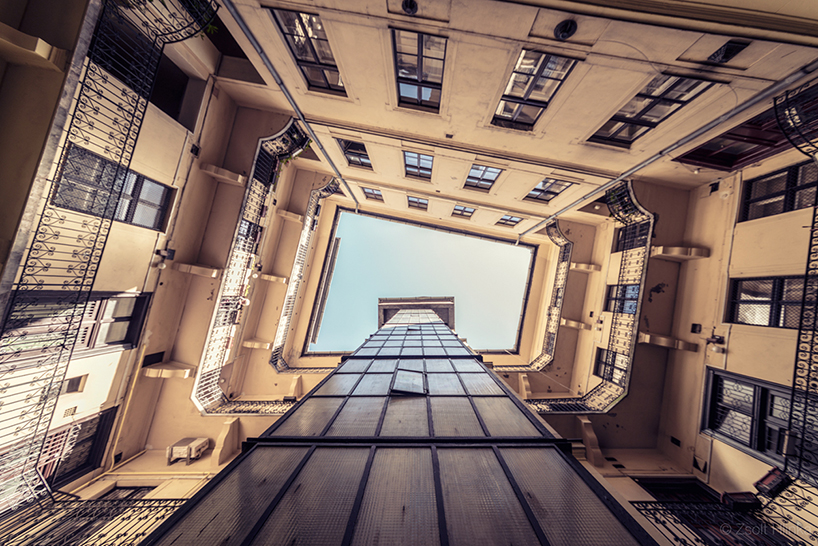 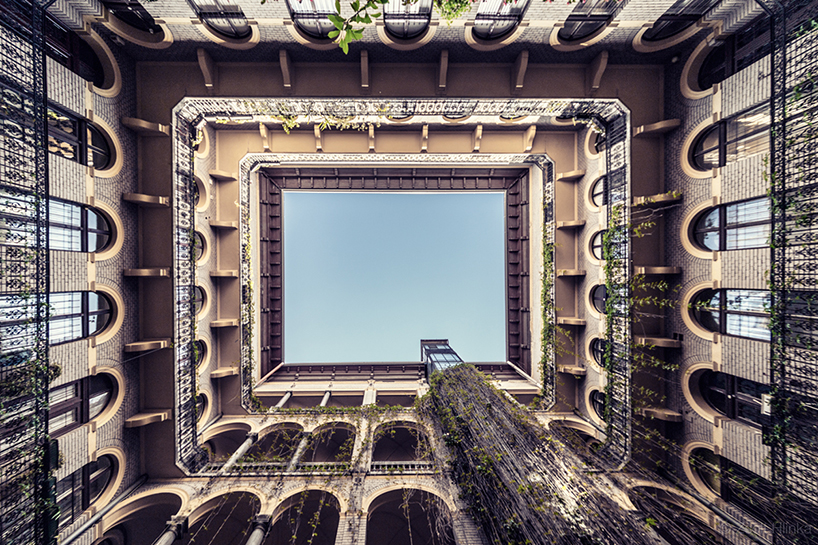 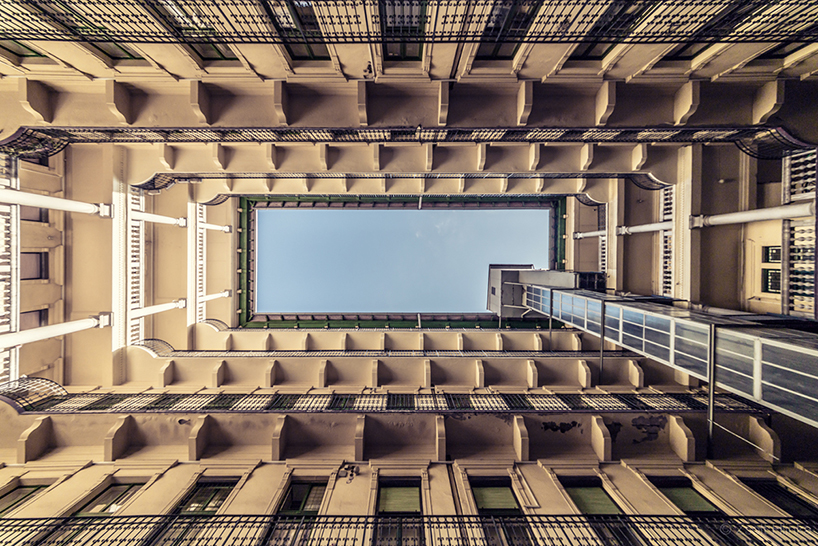 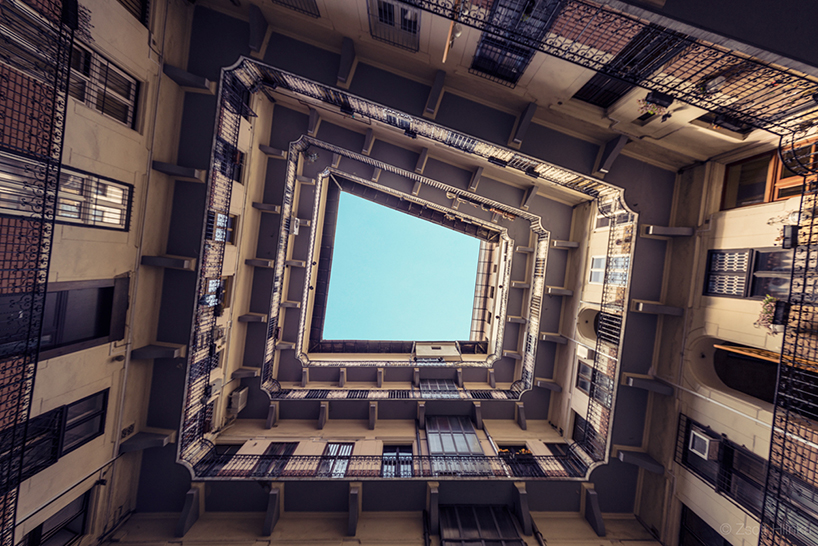 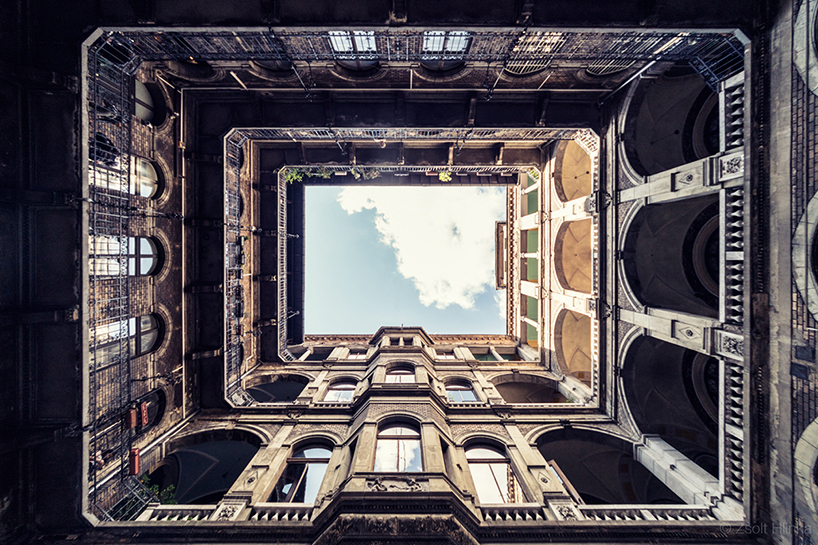 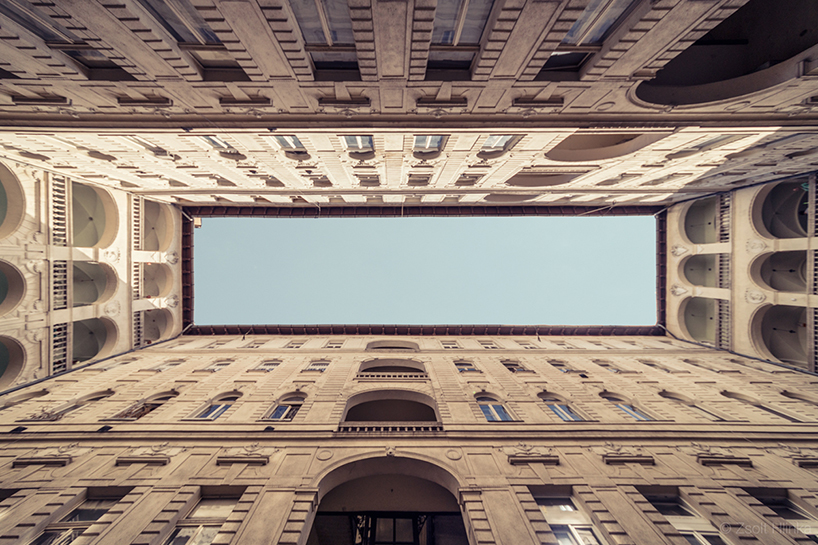 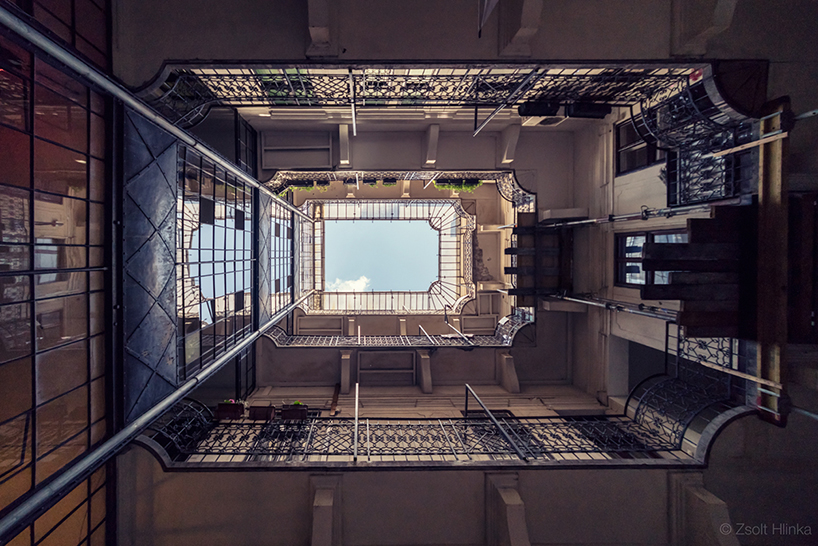 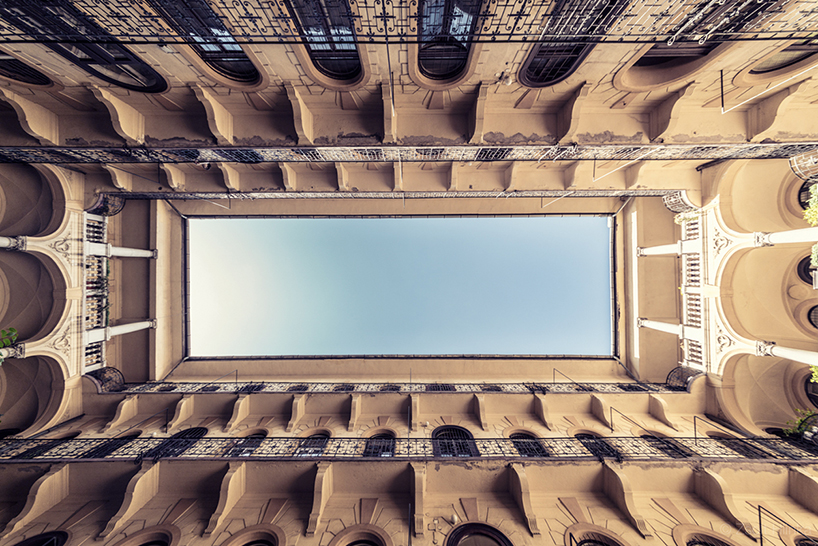