zuk club, a moscow-based art collective, has recently completed a giant mural in a skatepark and concert venue complex in russia’s capital city. the vibrant and dynamic graphic spans the sports area with an op-art-themed print that blends visual patterns and illustration, accentuating a sense of plasticity on the half-pipe’s descents and climbs. 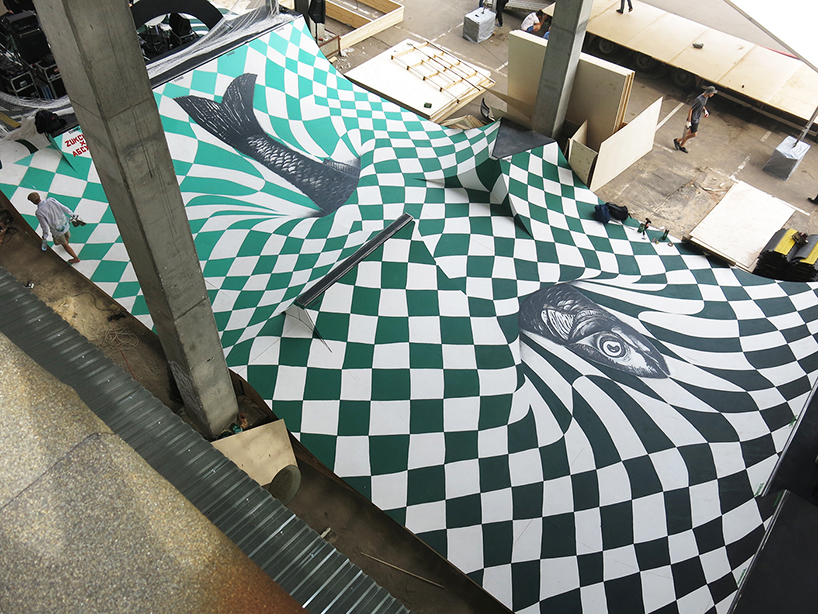 invited by independent film collective stereotactic, the art object by zuk club forms part of the tuborg green jam 16 festival in moscow. featured on the skate park surface, a warped checkerboard pattern spans the length of the half pipe, curving across ramps and meandering through skating lanes. in the middle of the motif, an oversized fish cuts through the surface, its detailed illustrative quality forming a sharp contrast with the solid green geometries that surround it. behind the skate surface, a platform has been painted as a stage for musicians and performers at the festival. an undulating arrangement of wavy green and white lines cascades down the length of the floor on one end, and meets the fishy illustration on the other. 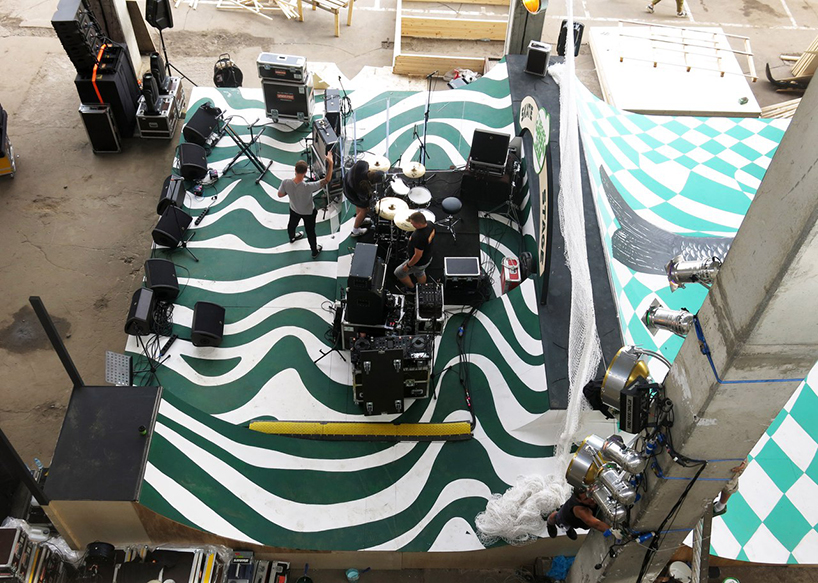 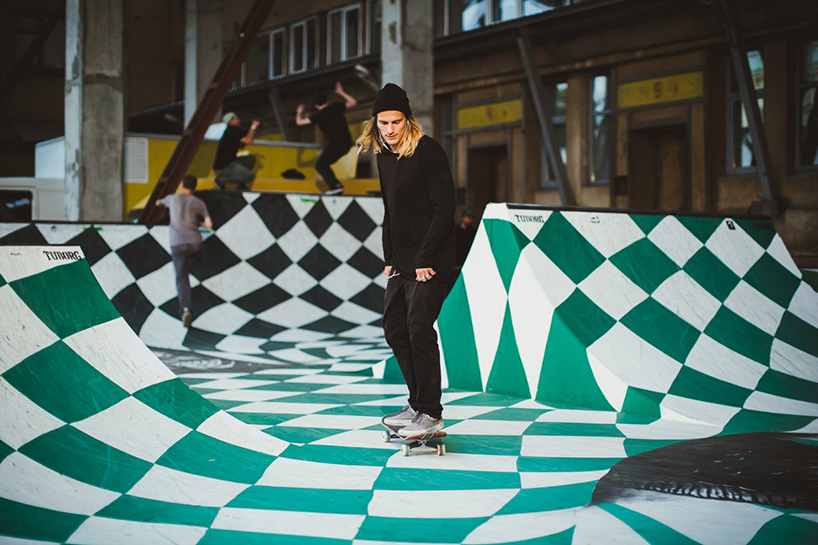 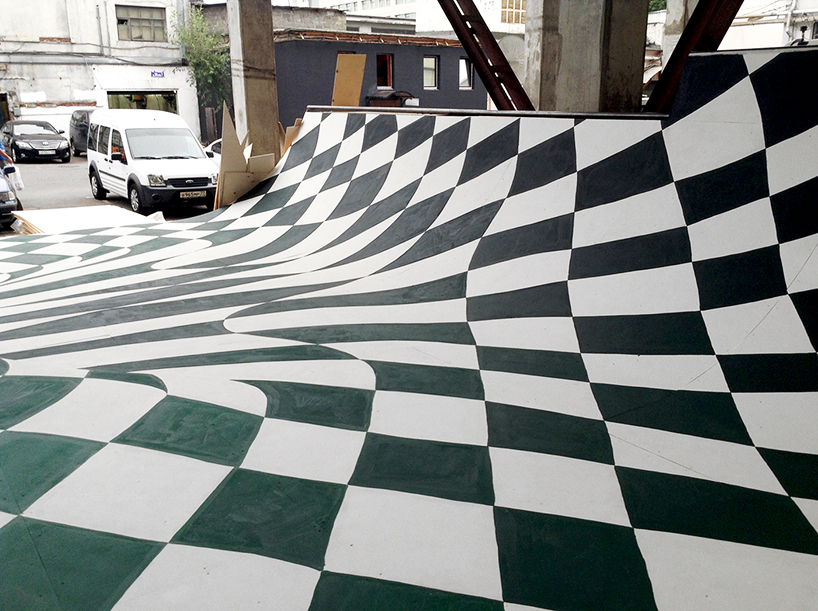 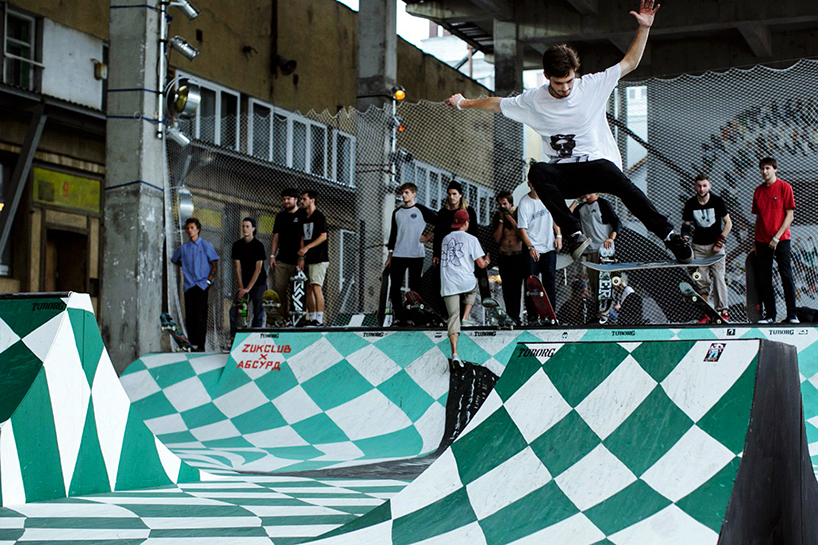 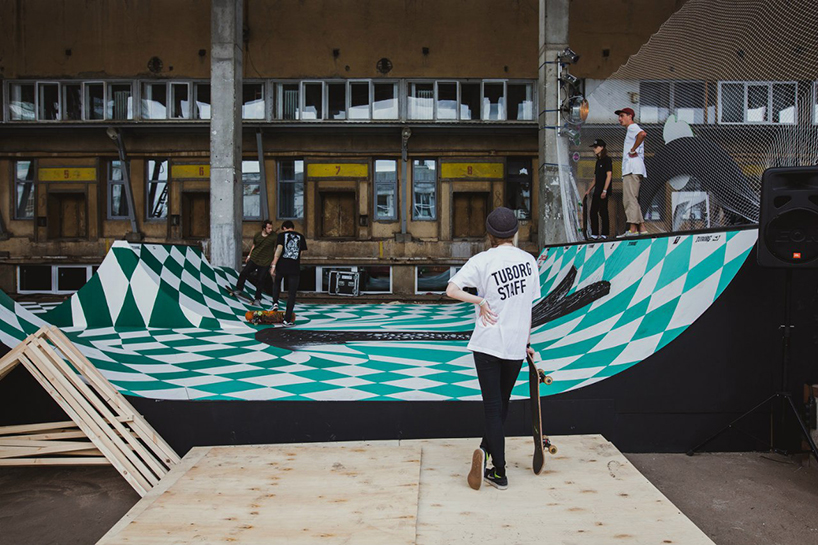 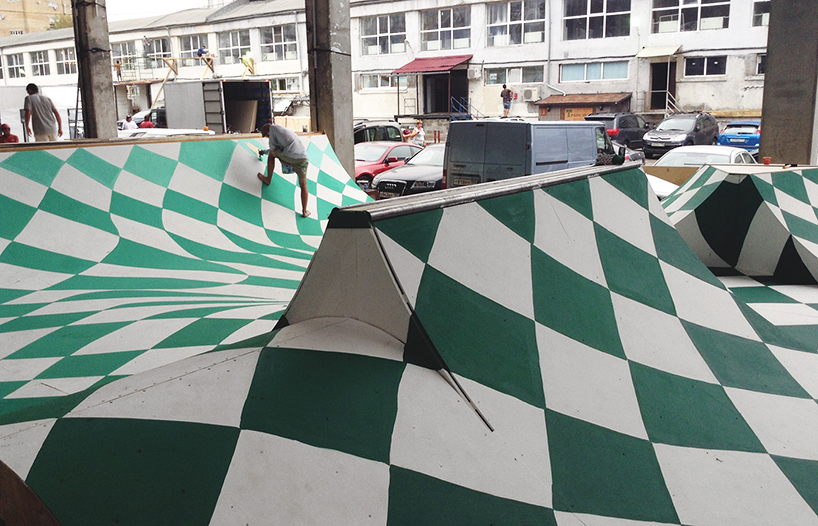 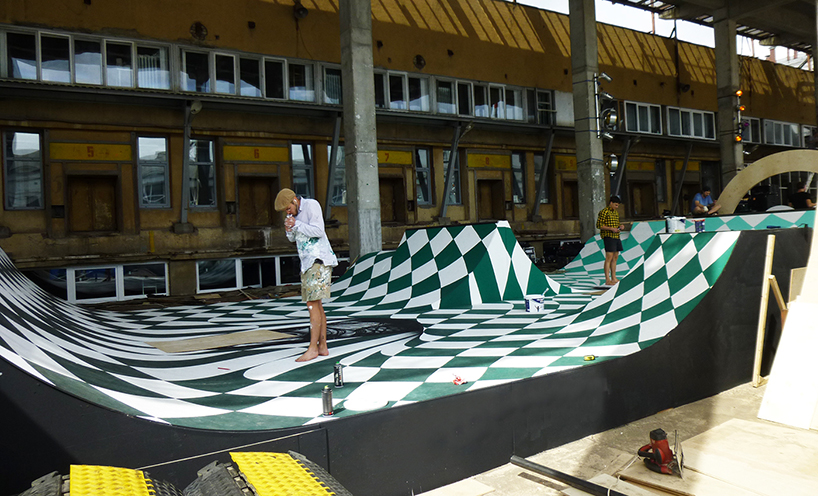 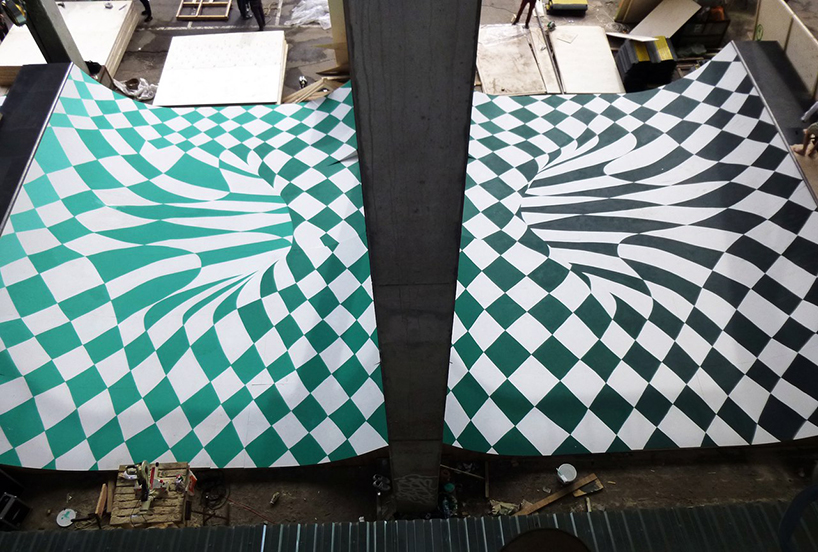 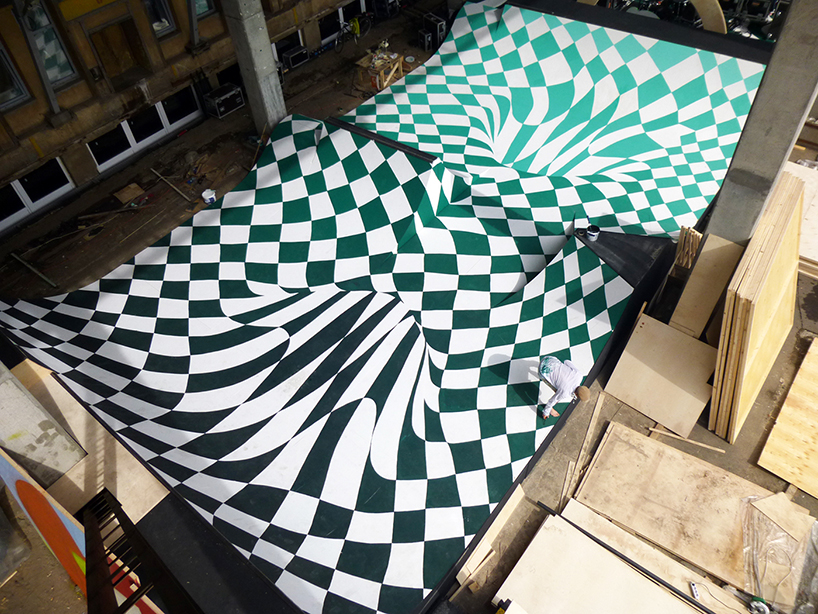 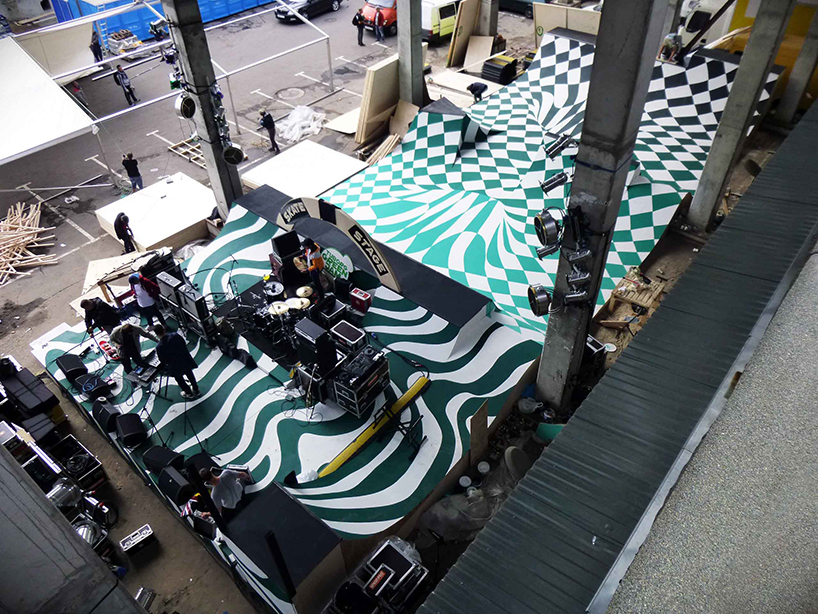 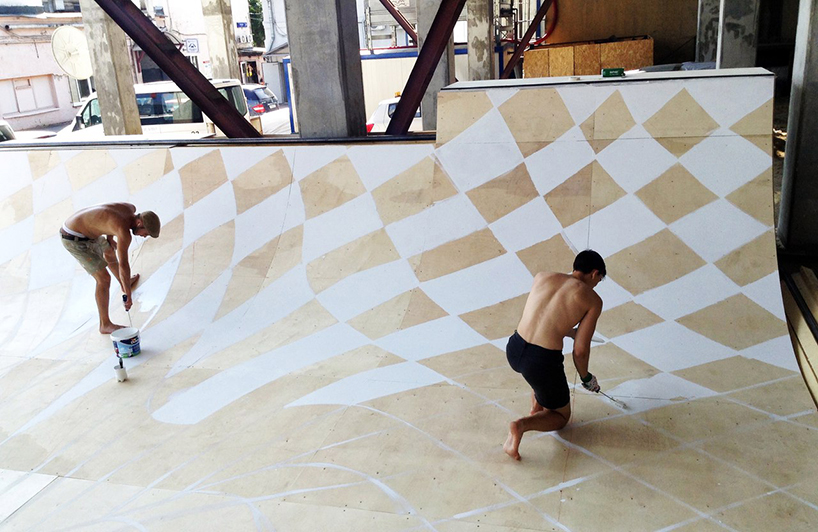 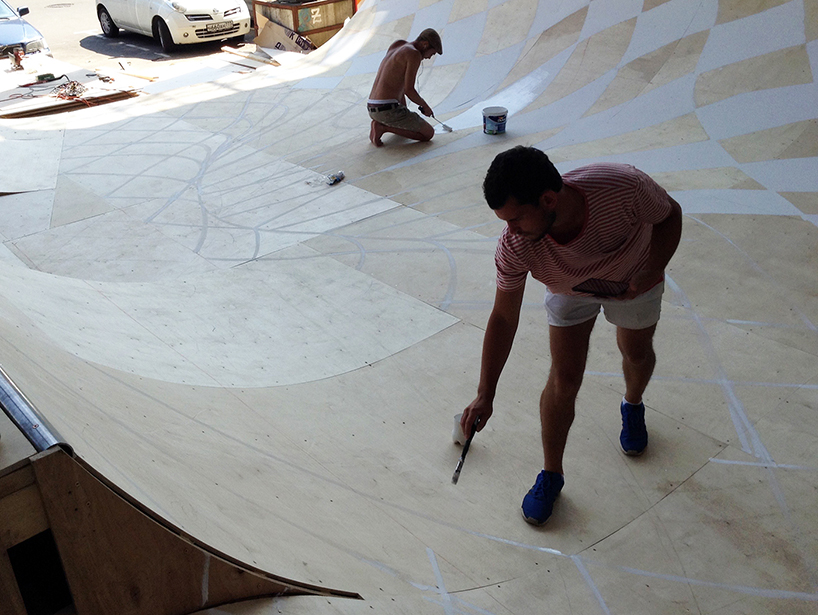