the wheelie bin hidden within the city streetscape

analyzing anti-social behaviours in london, designer stephan bischof has recently finished an installation under the name designrat project which consists of a series of public objects which respond to public behaviours. one of the objects is the ‘wheelie bin urinal’ experiment, in which bischof wants to create public awareness of the common problem of public urination.

the wheelie bin urinal is a prototype experiment which explores how we could facilitate the legal act of urinating in public in designated areas. the wheelie bin’s existing unhygienic properties and public / domestic location presents itself as a tool in which to interact and investigate street behaviours. early prototypes of the bin were installed on busy roads in the lewisham borough of london, in which people’s frequent interactions with the bins were documented. from these observations, the bin’s design was modified. urine is channelled into a base, where a tray with dried garden grass or wood ash from a household furnace, absorb the liquid to create a bio-fertilizer – nitrogen, phosphorous and potassium(this was tested and proven by a research study in 2007) by the university of kuopio in finland. it wheelie bin urinal brings together something which is usually frowned upon, and turns it into a kind of environmental urban intervention. the bins blend into the urban landscape, taking on the same form as large commercial waste bins. 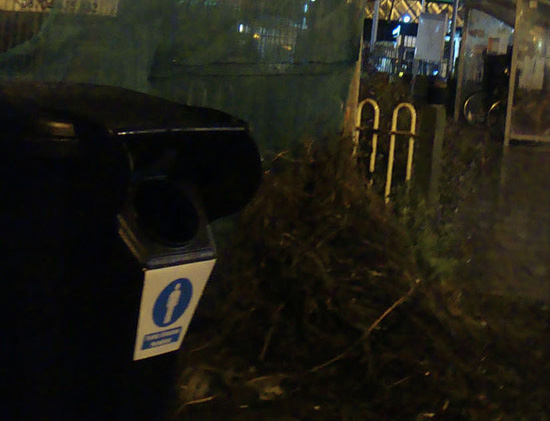 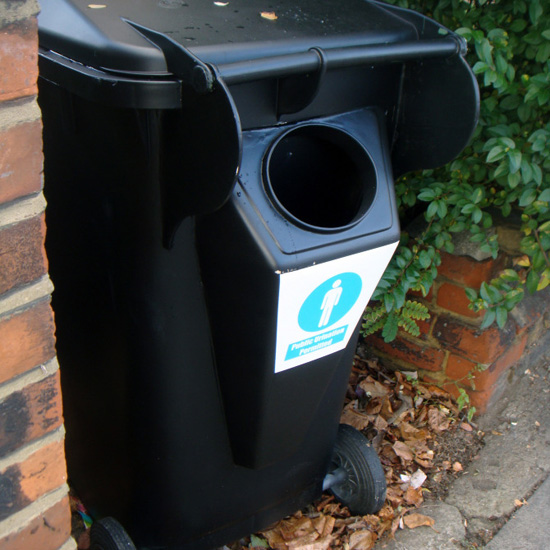 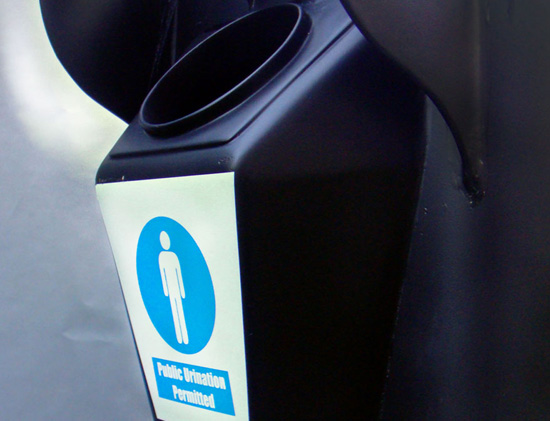 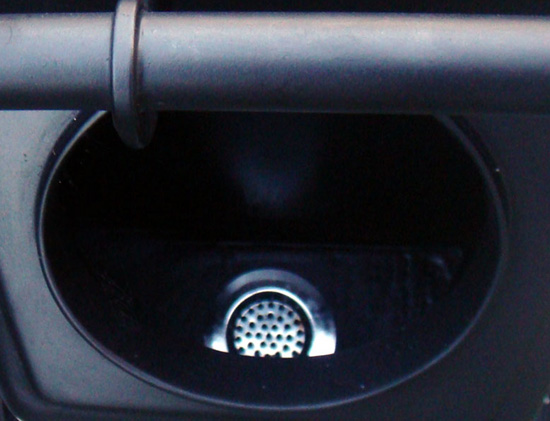 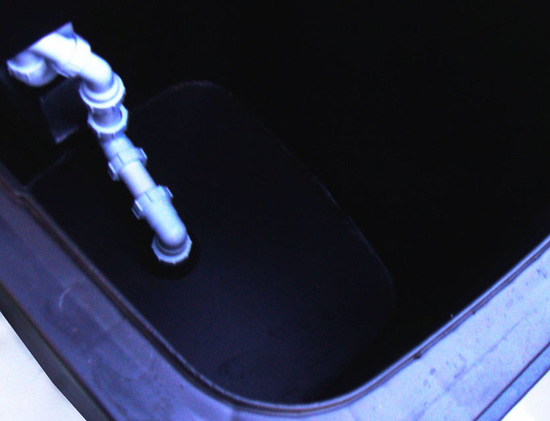 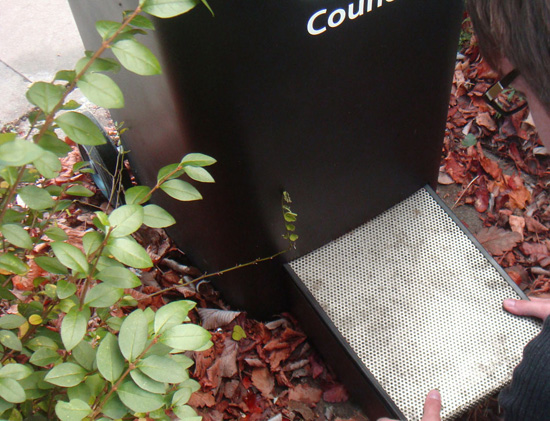 step stool which pulls out upon use

the cycle of the wheelie bin urinal from DASIGN on Vimeo.