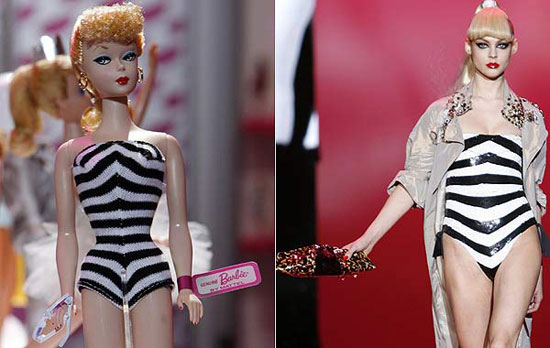 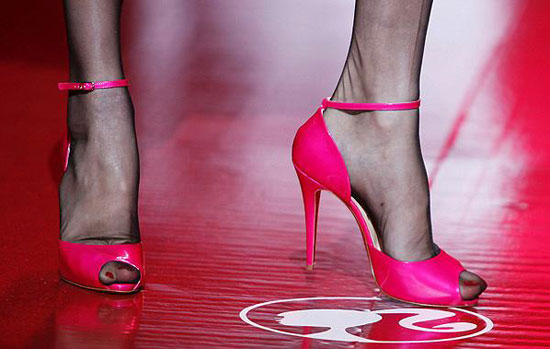 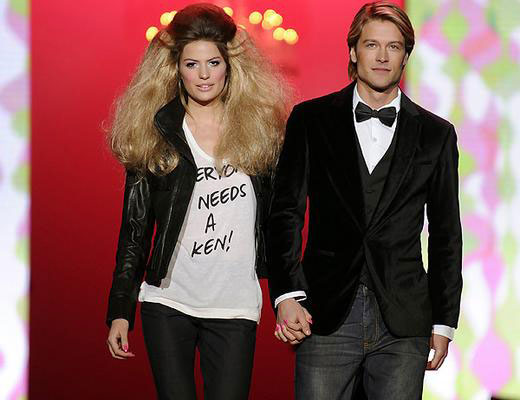 in keeping with valentine’s day, barbie’s beau, ken, made an appearance on the runway as barbie’s white shirt read: ‘everyone needs a ken.’ image courtesy AFP

at new york’s semi-annual fashion week as models styled as mattel inc’s fashion icon took to the catwalk in designer outfits. the runway was taken over by models in dresses designed by 50 top names in the fashion world such as vera wang, badgley mischka, tommy hilfilger and calvin klein.‘barbie is the quintessential american icon. she represents a woman’s first experience with style, transcending generations and cultures; she holds a special place in the fashion world and is aninspiration to many designers,’ – hilfilger said in a statement.