‘blood in blood out’ by floor wesseling aims to give a brief view on particular events in the history of europe via football jerseys. the project highlights the relationship between europe’s oldest and later cultures and its current multicultural identity resulted from wars, marriages, treaties and alliances in the past. 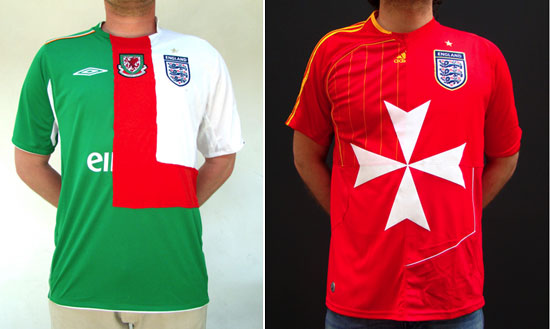 ‘in the 15th century the heralds had become the true experts on everything concerning coat of arms. this knowledge was therefore named heraldry. the word herald refers to the old-german word heerwald, which means the ‘army-announcer’. 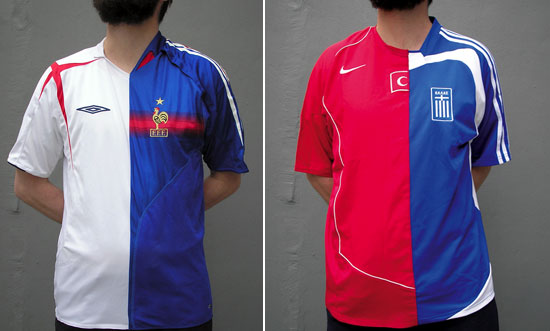 L: brittany, 2007 – R:cyprus, 2008 in those days heralds wore official jerseys, the herald-coats, coats showing the heraldry of his master. it was made of several layers of material and it was t-shaped. apart from the personal heraldry it often displayed the colours, the religion, the country and honour all embroid on the coat. 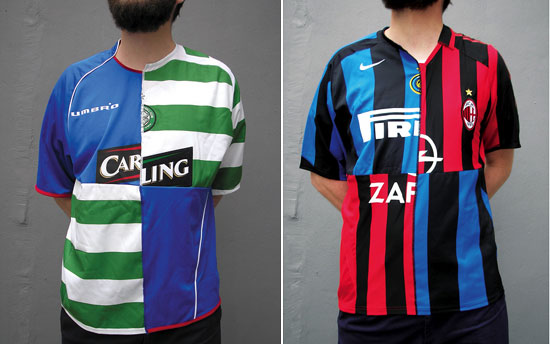 L: glasgow, 2007 – R:milano, 2008today we can find a lot of similarities especially in the urban enviroment. jerseys are all around us, all though only resembling one club, team, country or master. blood in blood out aims to show the relations between cultures and express this by displaying new jerseys for modern day heralds.’ FW