as fashion week comes to a close in paris, new york, london and milan, the fashion media is abuzz with the latest looks and top trends. however trends are very fickle, so we thought we would present some of the more unusual moments form around the globe. we start in paris, where karl lagerfeld displayed a line of women’s clothes which had a very masculine feel. this idea was epitomized by the karl lagerfeld handbag shown above.  across the channel, the giles label showcased a line of clothes featuring some pretty odd headgear resembling the characters from pac-man. humour wasn’t so much appreciated in milan, when actor sasha baron cohen (a.k.a. borat/ali g) stormed the runway at the agatha ruiz de la prada show wearing his own outfit made from found objects. cohen was apprehended by police, proving to be only a minor interruption during the show. meanwhile, dutch fashion duo viktor & rolf decided to showcase their pixel inspired collection in a more unusual setting: online. using only one model and a team of 57 digital artists, the fashion house debuted their collection through a ten-minute video on their website. 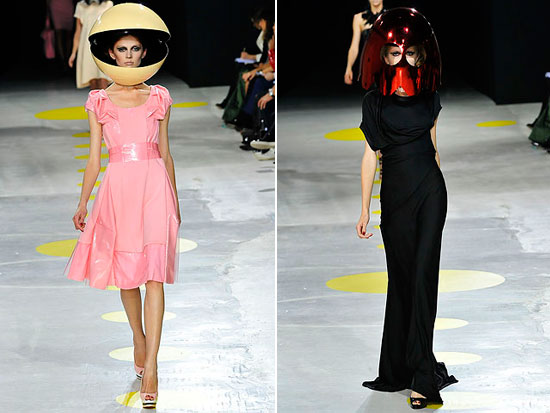 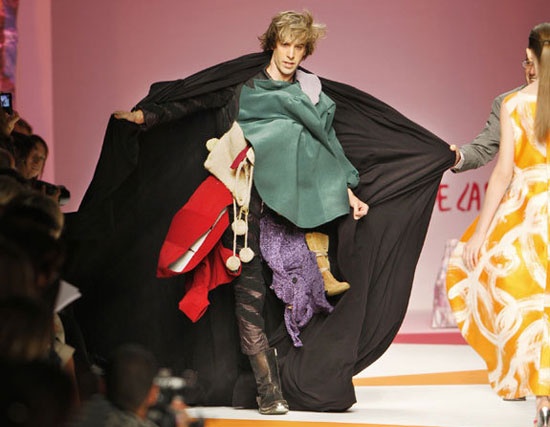 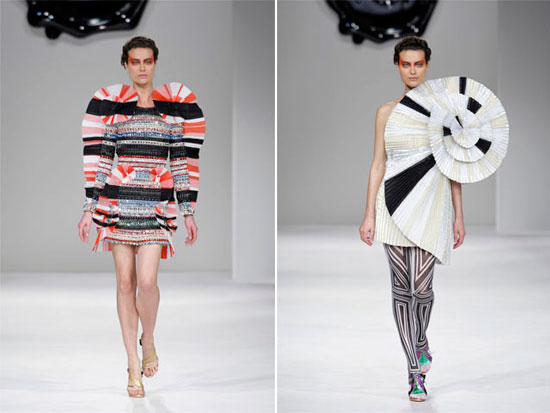