london-based designers cutecircuit have developed the world’s largest wearable display: a dress embroidered with over 24,000 colour LEDs. the dress uses ultra small flat LEDs that are also flexible to allow the dress to move like a textile rather than a rigid display. the circuits are attached to a silk backing to help keep things light, while four layers of chiffon are layered over the LEDs to diffuse the light. a series of smaller batteries are hidden in the dress, giving the user 30 to 60 minutes of glow. the dress has yet to be worn by a woman, since it went straight onto a mannequin at chicago’s museum of science and industry where it is currently residing. 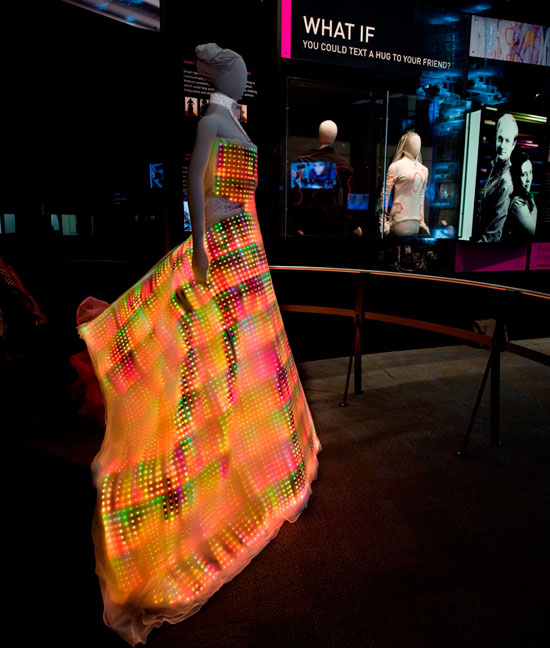 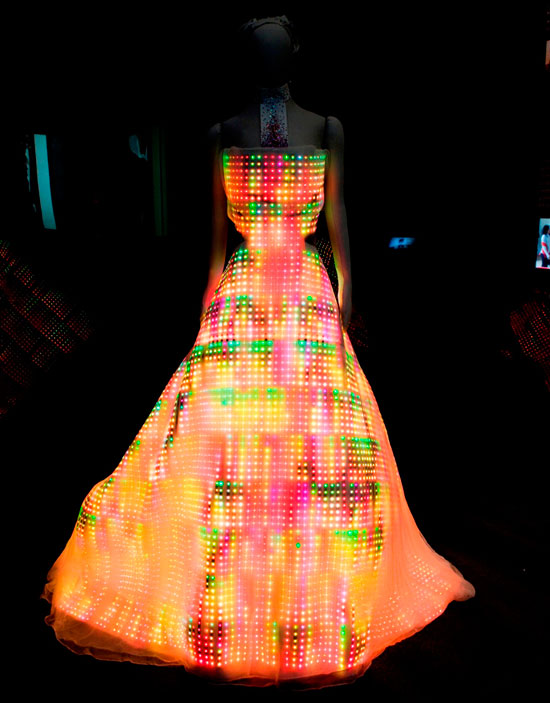