westwood in the 70s

the exhibition, which was previously shown in 2004 at the london victoria & albert museum opened yesterday at the palazzo reale in milan, italy. the show features the largest display ever dedicated to a british fashion designer. vivienne westwood has been before her time for three decades, since she created the look of punk, with her then lover and business partner, malcolm mclaren. from porn, to pirates, to savages, to new romantics… safety pins as jewellery? westwood has been there. frayed edges, corsets as outerwear, platform soles, chains draped around clothes and mock croc? still around and still looking new, but all done decades ago by westwood. 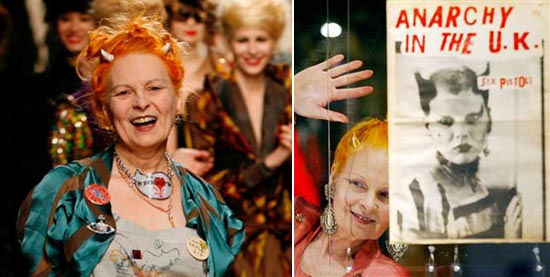