zaha hadid may be known for her architecture, but the london based designer is building quite reputation in the show industry. the french fashion company lacoste recently announced they would be collaborating with hadid on a new show design. this project will be the second show designed by the architect (designboom featured her first shoe design here). the lacoste shoes were unveiled at the frieze art fair in london earlier this month and should be available in 2009. hadid designed the shoes based on lacoste iconic crocodile logo, digitizing this and using to play with repeating patterns. 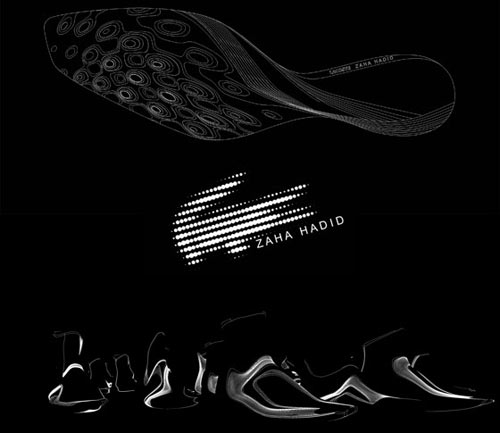