uk designer stuart haygarth participated in the design performance series at design miami 2007 by constructing a chandelier made from the bases of pet water bottles. the performance allowed vistor’s to miami’s chatham building to view haygarth as he snipped and trimmed the bottles and assembled them together to form the water-drop shaped chandelier. haygarth collected 1800 bottles from london’s stansted airport and tumbled them with sand and water to create a smoother texture similar to frosted glass. viewers contributed their used bottles incase he ran out during the three day process. the end result was a sea coloured lamp that contrasted the overlooked aesthetics of the mass-consumed product. 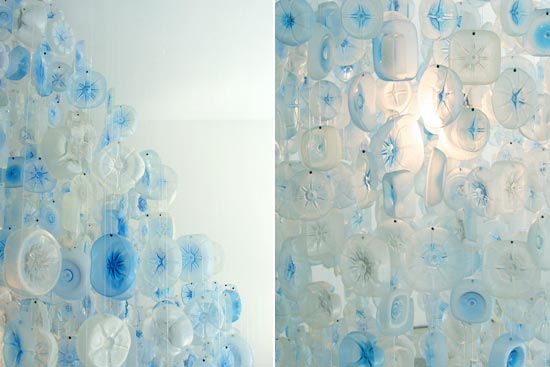 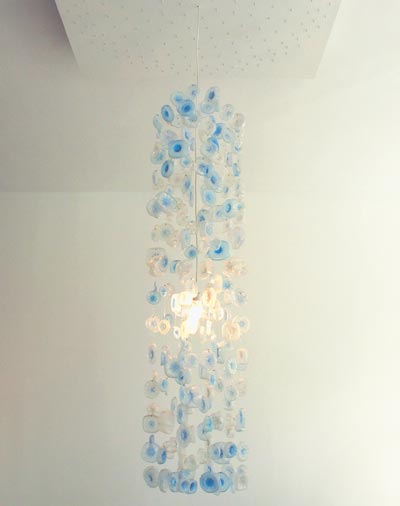 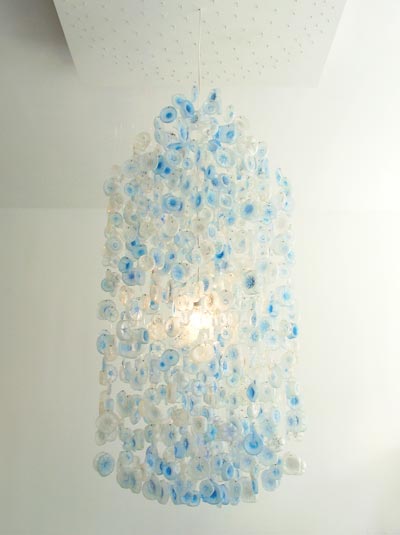 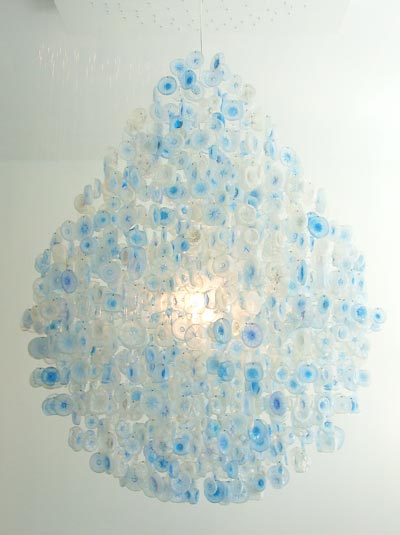