‘flexibility – design in a fast-changing society’ is one of the many events taking place in turin this year in conjunction with the city being named the ‘design world capital 2008’. the show consists of nine projects by international designers installed at a former prison, ex carceri ‘le nuove’.

domestic sandbags by antenna design new york (masamichi udagawa & sigi moeslinger)
‘the installation ‘spectre’ is inspired by a ubiquitous improvisational ‘building block’: the sandbag. the sandbag is
a pervasive object used in various situations of emergency and temporary set-up, such as battlefields, floods,
earthquakes and other disaster scenes. we are giving the sandbag a new ‘skin’ and context, which transforms
the way it is perceived allowing it to enter a different realm of existence.‘ ANTENNA 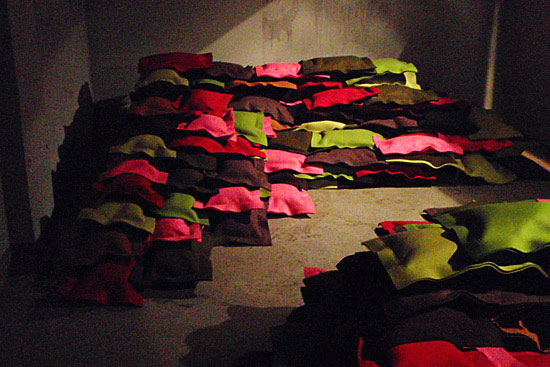 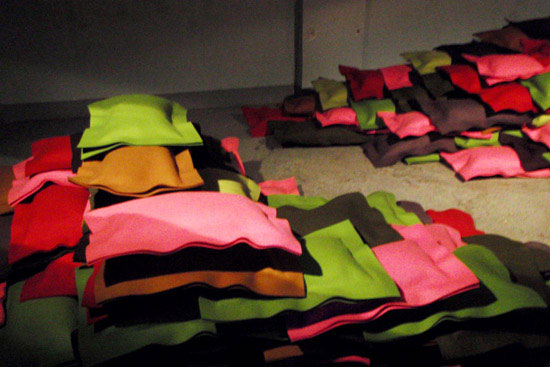 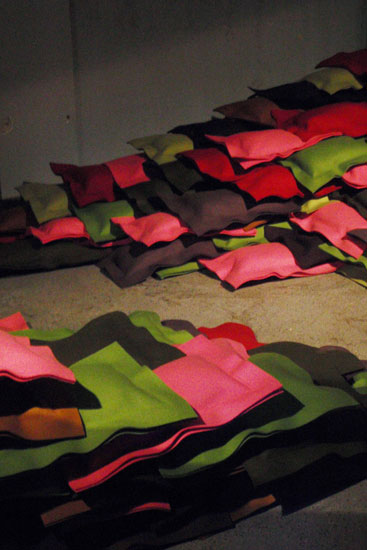 antenna was founded in 1997 by masamichi udagawa and sigi moeslinger. antenna’s mission is to make the experience of objects and environments more meaningful and exciting. antenna’s projects range from public to commercial, from applied to exploratory. among antenna’s best known projects are the design of new york city subway cars and ticket vending machines, bloomberg displays and interactive environments, such as power flower, an installation in the windows of bloomingadale’s. http://www.antennadesign.com