during art basel 2008 the peter c. neumann gallery, basel held an exhibition of work by the artist thomas schriefers and the designer ezri tarazi. – featured here are some of the works from ezri tarazi’s ‘per capita’ collection: 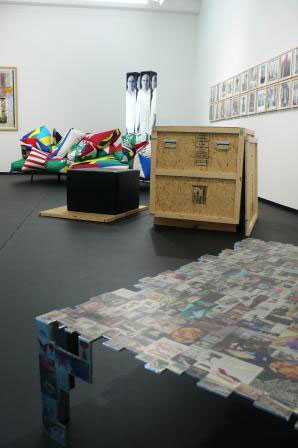 ‘the ‘search table’ was created by using the first few hundreds of images that were hit when the word ‘table’ was clicked in the google search engine. the images were printed directly upon the aluminum plate, creating the overall table structure. search engines have become the collective super-consciousness of humanity, and their power, lacking any hierarchical nature, is stronger than any cultural, hegemonic selection.‘ 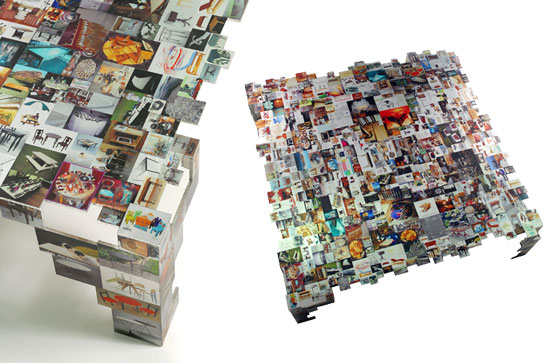 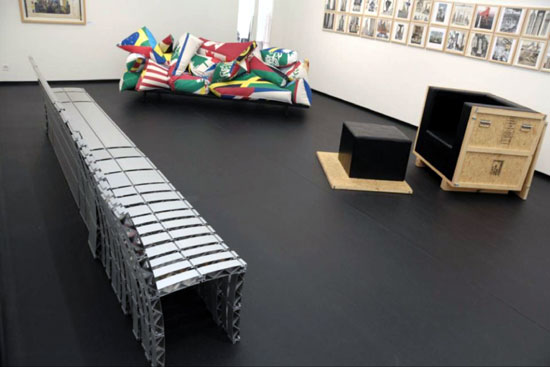 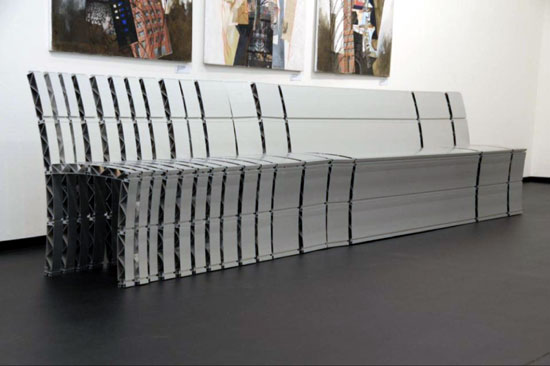 ‘per capita’ bench by ezri tarazi 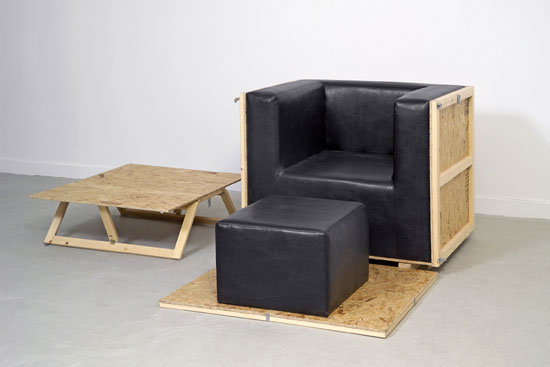 ‘the moving’ chair and table by ezri tarazi

‘the ‘moving’ installation is composed of a sofa, an armchair, a footstool, a table, a mirror, a bookcase, a bed, a small cupboard and a lamp. the shapes and the materials (plywood and solid pine) of the crates that housed each of the pieces of furniture complemented each other. when placed side-by-side or joined together, the containers appeared to be only standard wooden packing cases. the real purpose of the containers can only be known when they are opened and the contents exposed. two of the containers form the bases of the sofa, the armchair, and the bed. the rest become bookshelves, the cupboard, and the lighting fixture. the inside of one case is an upholstered two-seater couch; the other side becomes the armchair.’ ‘the moving’ installation by ezri tarazi 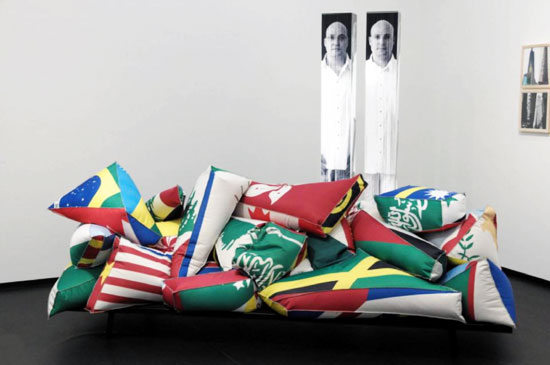 ‘the sofa ‘crowded’ is made of a collection of rock-shaped pillows made of parts of various national flags forcibly sawn to form a chaotic surface wholeness. the ‘rocks’ are cozy and comfortable to sit on and they create a colorful completeness typical of flag-color plate, i.e. basic colors, glaring in their geometrical shape, and creating ‘identifying game’ and identification.’ 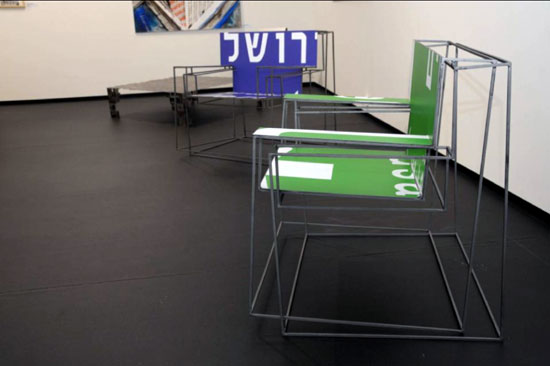 ‘defocus’ chairs by ezri tarazi‘the armchair ‘defocus’ is assembled by attaching two sofa contours shifted from one another and combined together. the shifted framework line creates, for the purpose of ergonomic, comfortable seating angle as well, a sensation of an object seen through a lens that disperses the visual focus. the seat and the back-rest surfaces are made of parts of road banners seen on the way to Jerusalem, symbolizing in their language the secondary focus of yerushalayim, jerusalem and al-quds.’ 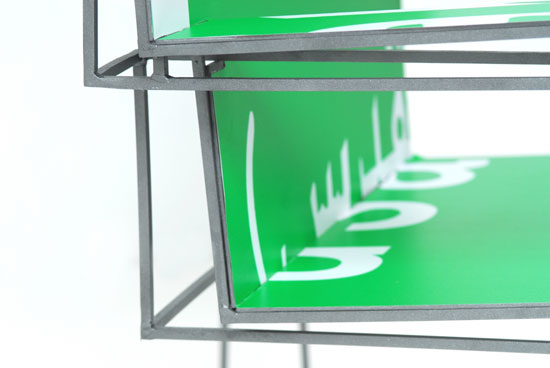 Jun 10, 2022
lightyear 0 can drive for months without charging using solar-panel roof
‘lightyear’ shares that ‘lightyear 0’ can drive for up to two months in cloudy climates while up to seven months in sunnier countries.
technology
+4.7K shares
connections: +1490