ross lovegrove‘s studio has sent us some more images of his ‘solar trees’ which will be presented in austria next month. (you can find the details on this in our previous post). 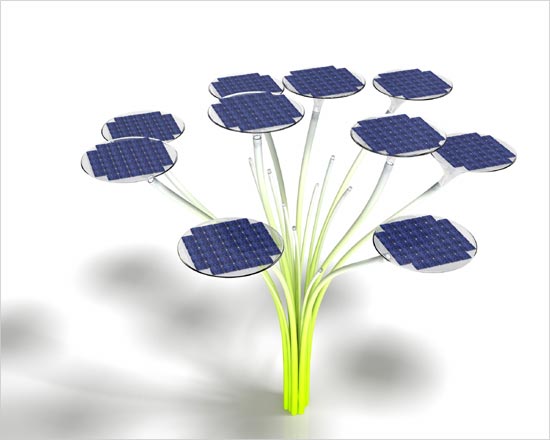 ‘the ‘solar trees’ communicate more than light… they communicate the trust of placing beautifully made, complex
natural forms outside for the benefit of all of society becoming a museum that if folded inside out , the museum as
an incubator of change in society…and with this the promotion of environmental science and the joy of the new
aesthetics made possible by the digital process. they bring nature to the grey-ness of urban environments and… 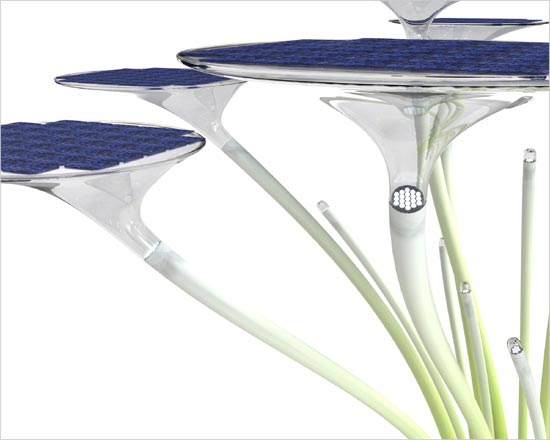 optimistically lift our senses towards the future and how the physicality of all the objects that surround us will inevitably change…either through need , though enlightenment or simply just the celebration of new form in industrial art that compliments the new quest for biological forms in architecture. ultimately this will be a fantastic