in 2006, designer chris jackson invited ten london based designers to illustrate their views on the subject of sustainability within the capital. the designers were restricted to work within a 10KM radius of their studios to utilise resources and scavenge materials, with a budget of £10. the resulting objects, both diverse and fresh in their perspectives and approach, were displayed at 100% design, london.

‘a collection of souvenirs that can be sent vi email and then materialize using a 3D printer (stereolithograph rapid
prototyping). no transport or standard production methods are required so the object carbon footprint is reduced to
the minimum. the project questions the way that objects are manufactured and how new technologies can be
applied to propose alternative ways of reducing their impact on the environment. the project becomes more
relevant as 3D printers become more affordable.’ HS

‘happiness is not something made. it come from your own actions.’ – the dalai lama

coat-hooks made from random objects.

sunglasses (made from cardboard) by stephen bretland

‘I’ve never managed to look after a pair for very long. why not make them more ephemeral and fleeting. maybe
used for one summer or just one vacation…

they could be made from a biodegradable material. it’s easy to customize them too, make yourself a new pair for a special occasion.’ SB 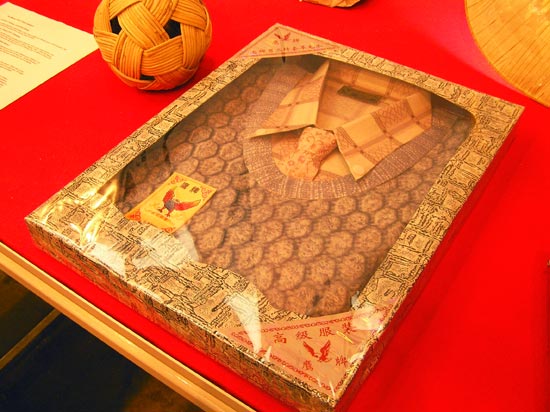 paper shirt, one of the items contributed to the show by chris jackson.

‘ten minus one’ by chris jackson

‘my contribution is a combination of objects and images that I have found whilst traveling through asia. all of the
subject matter has a sustainable theme, whether it’s the use of a sustainable local material, or a comment on
issues which affect the local community, such as tourism.’ CJ 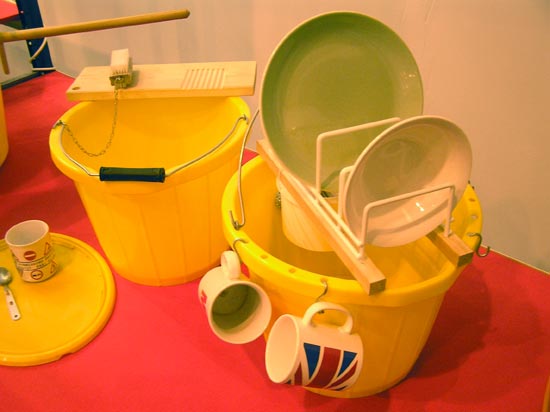 ‘I have spent a good part of the this year living in houses without any services, due to these conditions I have had
to be extra resourceful, mostly with buckets, here is ten made fit for living purposes.’ CC

for more information on the ten again project visit: http://www.tenexhibition.info