the post-modern world has begun to abandon the once great image of mass-production. no longer symbolizing mankind’s great scientific and technological advances, its become a beacon of consumption and indiscriminate waste. modern consumers have begun to fear conformity, years of homogenized products have caused detachment for a sense of self. though unlike the artisanal, hand-crafted products emerging daily, mass-produced design is unforgiving. a mistake isn’t a quirk, it’s a disaster replicated thousands of times. the practice demands flawless perfection in shape, functionality, and in use of materials. 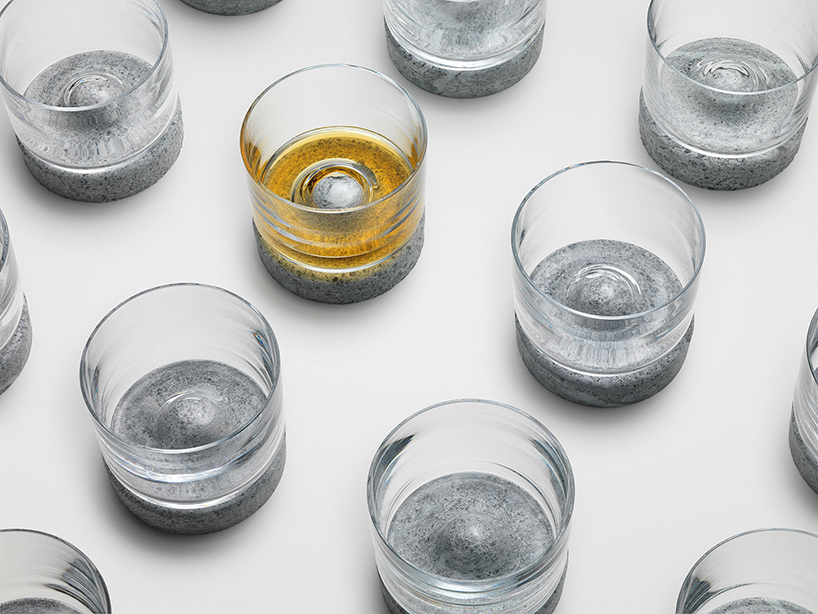 ‘100 serie’ celebrates the identical perfection in industrial products. the invitational project asked five norwegian design studios to contribute unique products that offer a look into the process of shaping and manufacturing consumer goods. taken from a wide-ranging sample, works include furniture, industrial, graphic, and interaction design principles. each studios’ work is functional and marketable, and available for sale in a limited-run of 100 numbered copies. 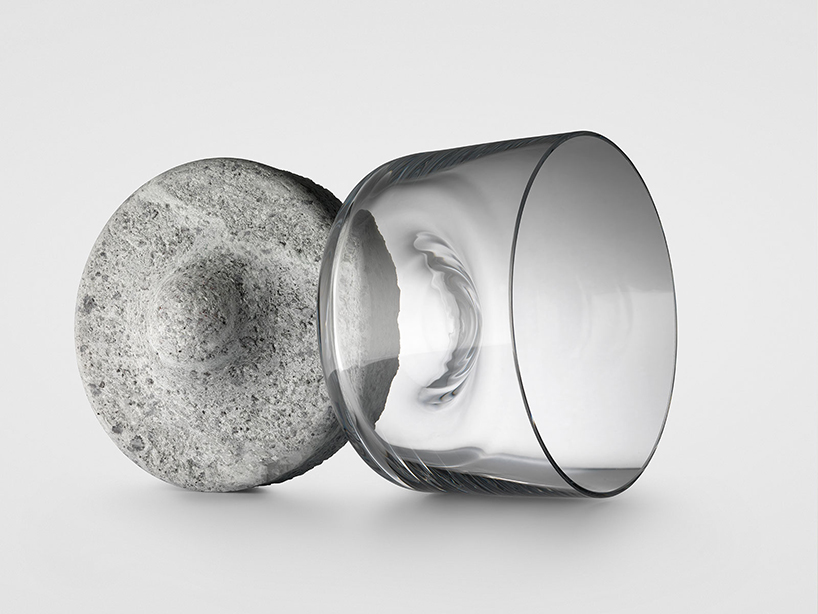 the object is composed of handblown glass and textured soapstone

eggs’ ‘tundra’ combines delicately handblown glass and rough, textured soapstone. the interaction between the two opposing materials is what triggers its unique feel and aesthetic, as well as takes full advantage of what each has to offer. the soapstone retains col and cools from beneath without needing to water down the drink with ice cubes. glass brings a bit of refinement to the rugged base, and sits in the hand just like it should. ‘tundra’ was produced by magnor glassverk and norsk kleber.

‘canary wharf’ refers to the upscale business district of london, as well as the british heritage of high quality leather shoes. designed by fimbul, the varnished walnut and black horse hair brush is highly functional and classically styled for the modern gentleman. a characteristic hole in the wooden grip offers the possibility for a wide range of grip styles and simultaneously gives it its sculptural look. ‘canary wharf’ is produced in varnished walnut or ash with horsehair by redecker. 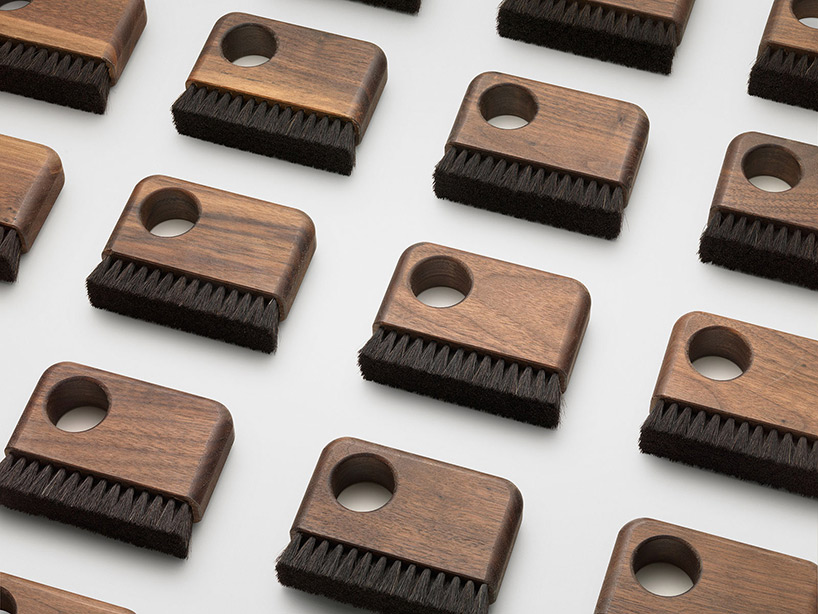 the ‘100 racer’ wooden car by permafrost is the studio’s personal tribute to modern car manufacturing. cars have shaped the landscapes of the world, and has left its mark every step of the way. ideals of efficiency, standardization, and functionality transformed the automobile into an affordable, middle-class staple. a symbol of science and progress the ‘100 racer’ is an aerodynamic speedster dripping with rational simplicity. the toy is produced in-house by permafrost. 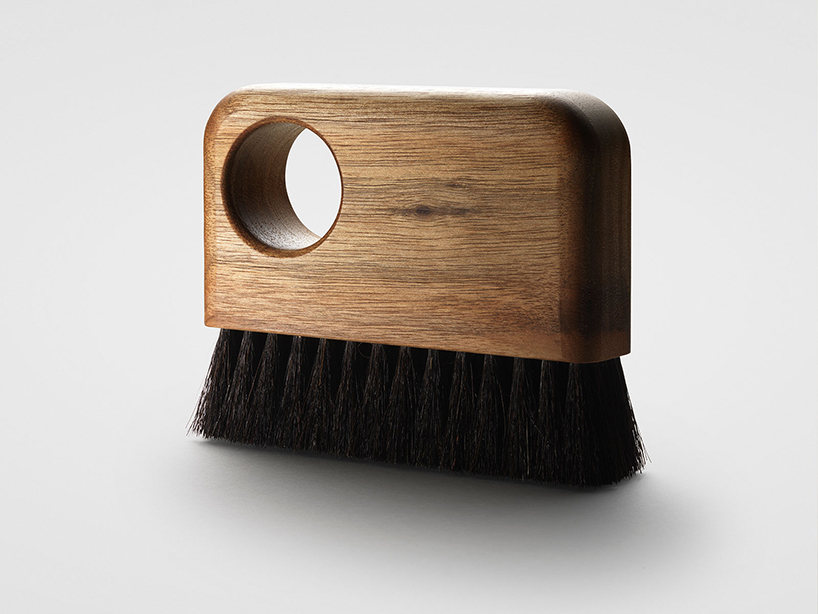 gridy, in collaboration with corinor, created ‘pan’. corinor, norway’s largest supplier of custom interior elements in mostly corian® and solid wood, uses CNC-milling heavily within production. doing so, while great for their principle purpose, leaves an abundance of leftover material. these unused bits served as the base of gridy’s project. influenced by kitchen wares, they developed a deep serving platter with handle. it can similarly be used as a bread basket or fruit bowl. ‘pan’ is made of solid wood, with a top/cutting board of corian®. together the very different materials create a simple, pleasing contrast. the piece is made of 100% leftover materials by corinor. 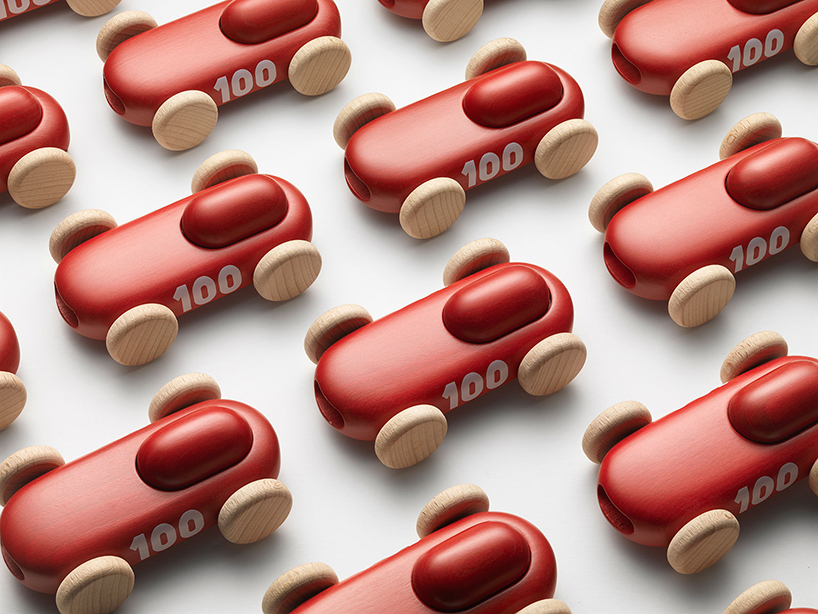 heydays, also in charge of graphic and web design for ‘100 serie’, presents a product derived from the digital world. ‘erroneous’ is a 100% merino wool interpretation of various screen malfunctions caused during failed data requests. the visual appearance is varied, causing a plethora of unique textures and boldnesses. the throw, which measures 180x145cm, can be folded in different ways to highly compositions within the design. ‘erroneous’ is produced by innvik sellgren. 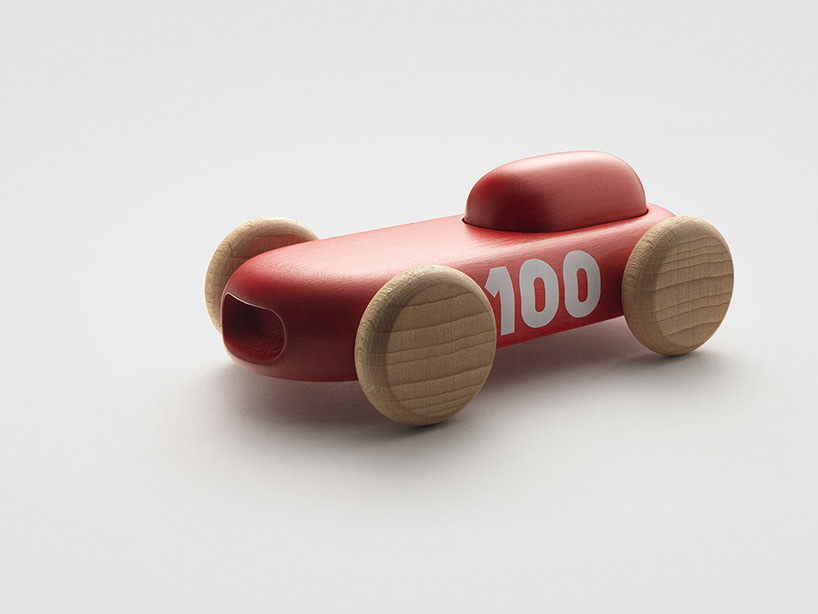 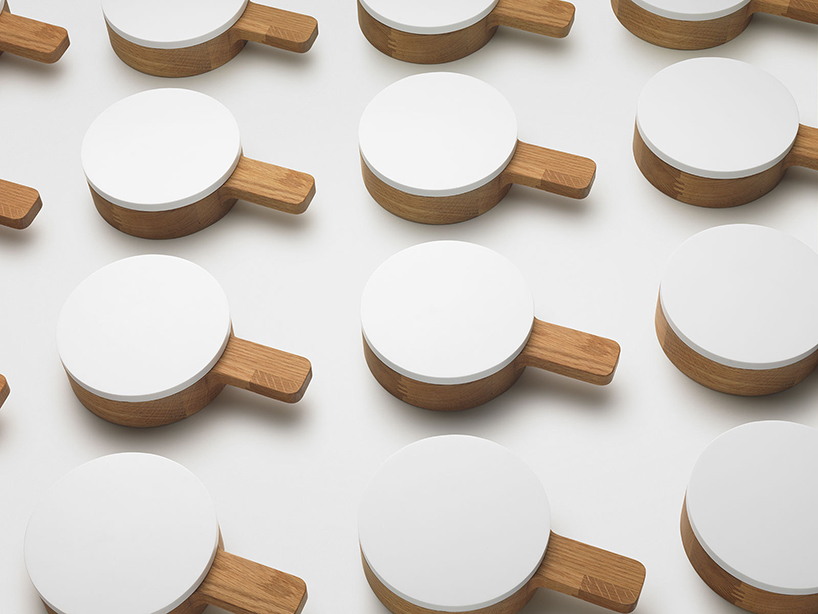 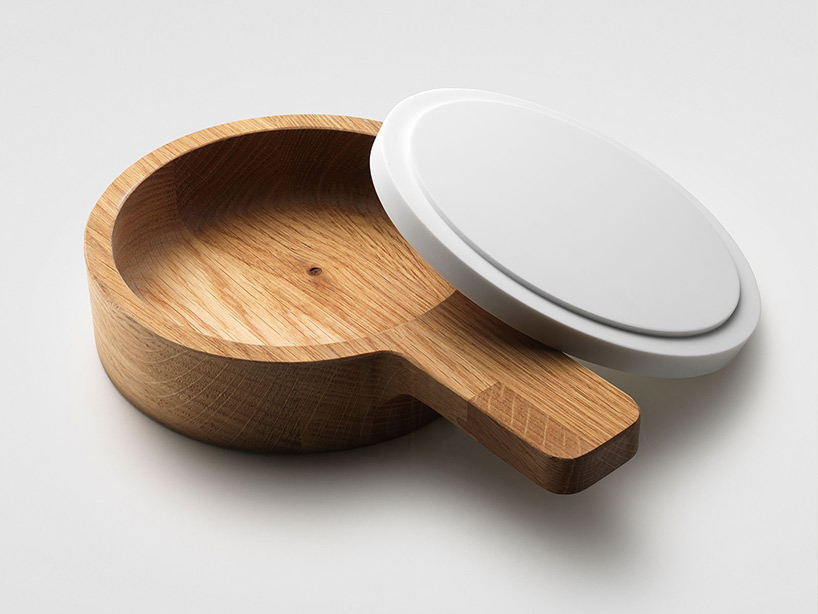 the piece is made of leftover solid wood and corian® 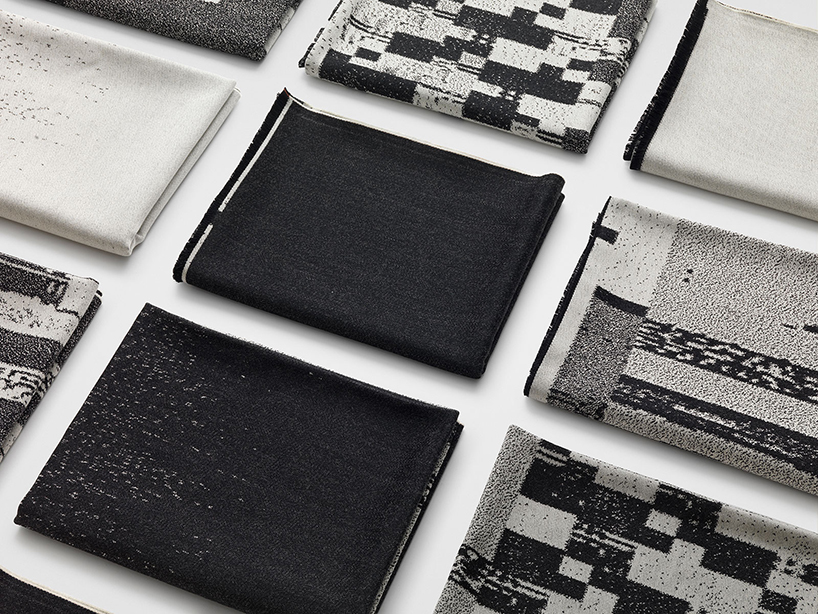 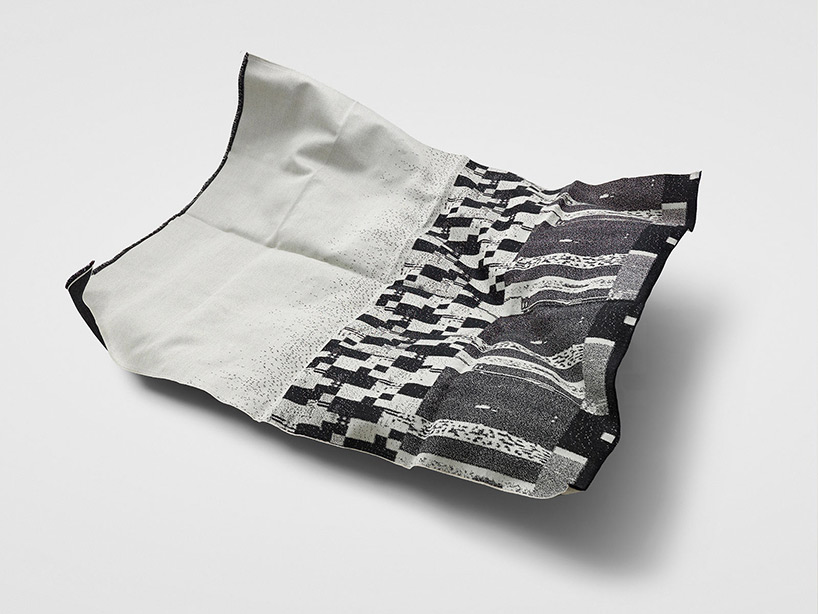 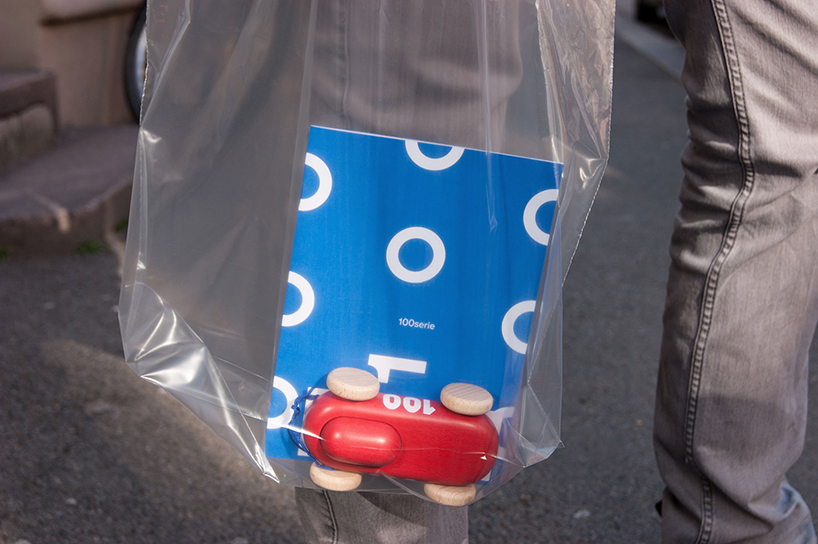 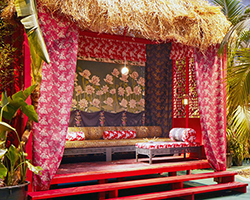 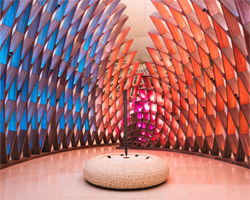 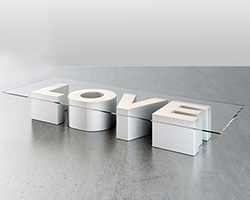 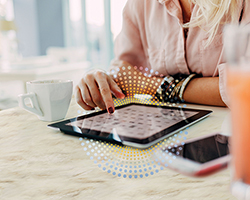 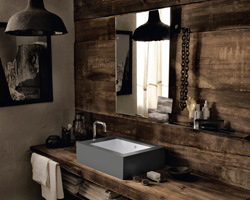