the $150 XO tablet by fuseproject with OLPC

yve behar’s fuseproject in collaboration with the non-profit one laptop per child (OLPC) has just unveiled the newest model of their ‘XO tablet’, an integral part of the OLPC’s mission to empower every child worldwide with access to a rugged, low-cost, low-power mobile device they can use to learn and connect. in addition to being distributed in developing countries, the new ‘XO tablet’ will for the first time also be available in america, for the cost of 150 USD.

for the latest iteration of the $150 tablet, fuseproject optimized the device’s construction and user interface simultaneously to create an cohesive experience. indeed the inexpensive tablet discards certain western technological conventions: the main screen is organized by topic rather than application, and the notion of files is replaced by a journal-like structure centered around aspirations and goals. a user must first fill in the sentence, ‘I would like to be a…’ with a response ranging from artist to engineer to DJ, and is then directed to activities relevant to this goal.

interestingly, the new ‘XO tablet’ finally realizes the design concept that fuseproject developed for the low-cost tablets in 2009 (see it here), even though the tablet actually produced at the time looked considerably different (the XO-3 tablet).

the seven-inch ‘XO’ is produced by vivitar, certified by google for use as a full android device, and running on the latest jelly bean OS in english and spanish, with french and italian support expected in the near future. featuring dual cameras, the tablet’s pre-loaded software includes 100 apps, games, and books, as well as parental controls and analytics to help monitor use and understand their children’s natural interests and computing habits. the ‘XO tablet’ can be shared by up to three users, providing nearly eight hours of battery life per charge.

the one laptop per child association has distributed 2.5 million of the original XO laptop in 60 countries. the new ‘XO tablet’ represents the first time a OLPC device is also available for purchase by the public, beginning now in america for the cost of 150 USD. 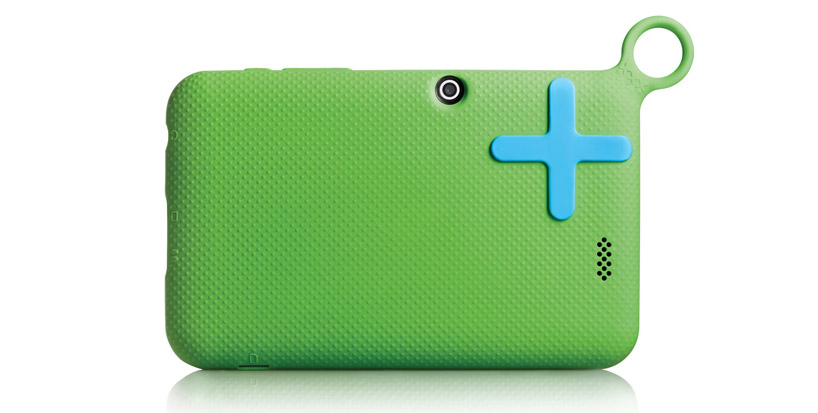 view of the back 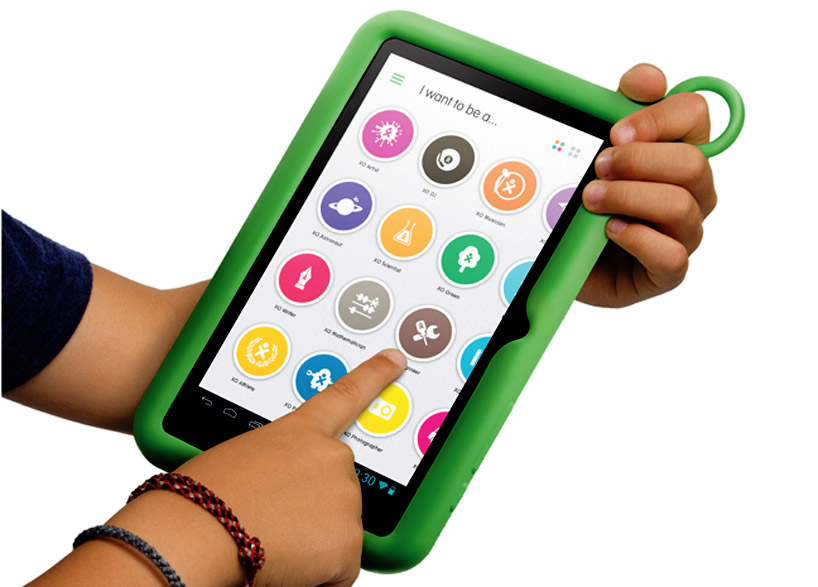 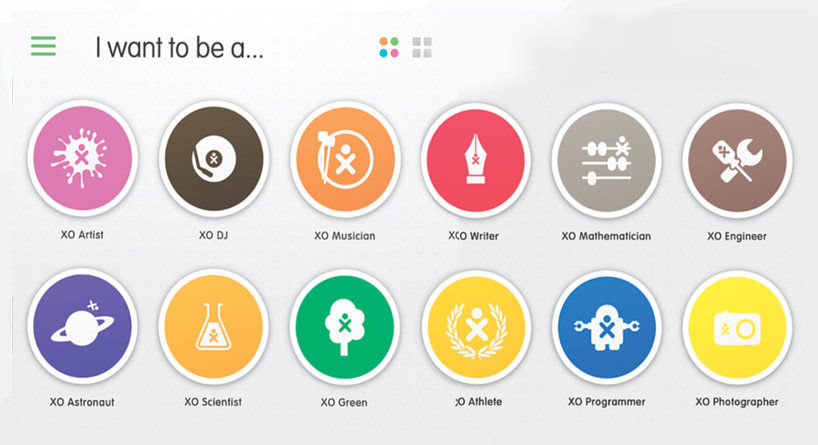 closer view of the main screen, where activities depend on the user’s answer to the question, ‘I would like to be a…’