last week the medals for the 2010 vancouver winter olympics were unveiled. they feature artwork by corrine hunt and were designed by omer arbel.

the 2010 winter games medals will be produced by the royal canadian mint with metals supplied by canadian mining and metals giant teck resources limited.  they will be among the heaviest medals in olympic and paralympic history, weighing between 500 grams and 576 g. their form was inspired by ocean waves, drifting snow and the mountainous landscapes found in the games region and across canada.

the 2010 medals are based on two large master artworks of an orca whale (olympic) and raven (paralympic) by corrine hunt, a canadian designer/artist of komoyue and tlingit heritage based in vancouver. each medal has a unique, hand-cropped section of the art, making it a one-of-a-kind. a silk scarf printed with the master artwork will be presented to each medallist along with their medal, enabling them to see how their medal connects with those awarded to other athletes at the games to make the whole design. 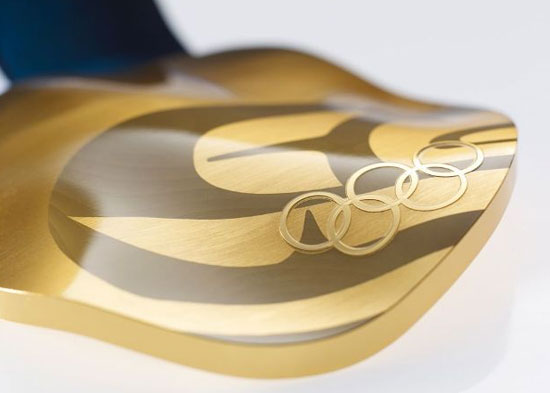 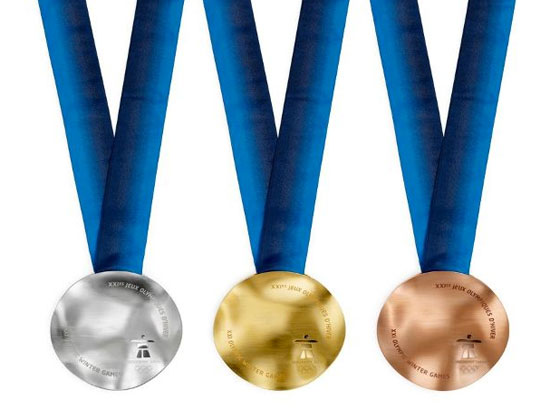 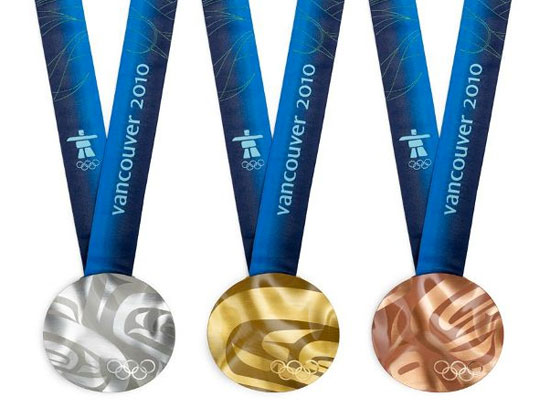 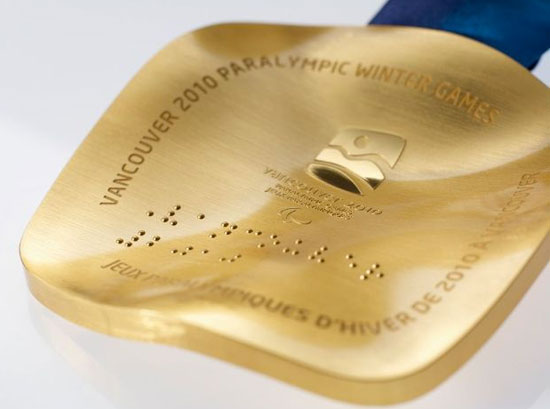 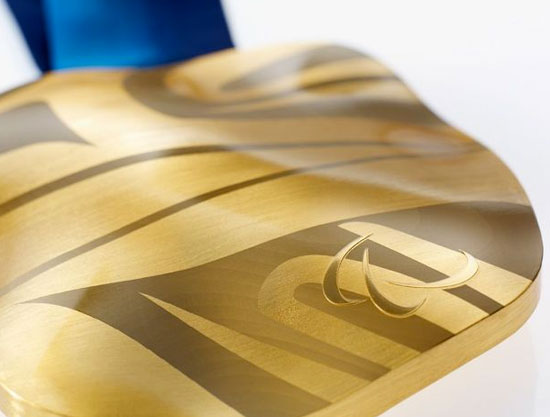 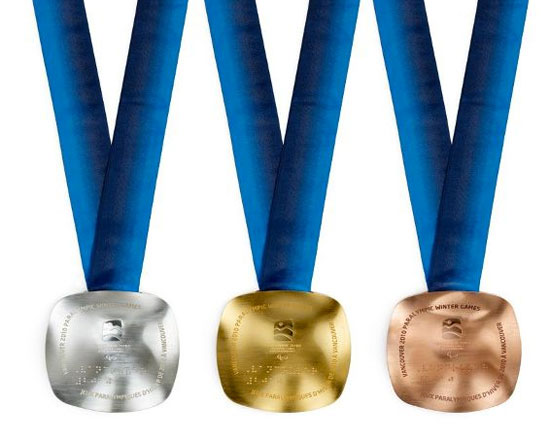 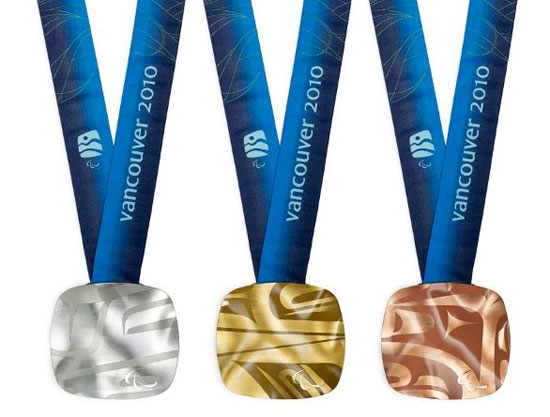 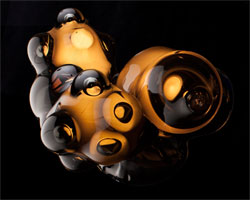