5.5 designstudio showcases so french exhibition for renault on champs elysees

parisian collective 5.5 designstudio has reinterpreted objects engrained in france’s history and culture in the ‘so french’ exhibition for car company renault. pieces on display include the infamous beret hat and sailor shirt, pétanque, the charentaise slipper, gallic moustache, as well as quintessential french cuisine such as escargots. reflecting different regions of the country, a selection of specific wines may also be enjoyed from a ‘duralex canteen’ drinking glass, which is part of the nation’s industrial heritage.

all of the items pay tribute to french craftsmanship, creativity and the renault brand – a key part of this legacy. ‘l’atelier renault café’ offers traditional dishes that have been reinterpreted by chef daniel maslac, including a drinkable ham sandwich, curried sea snails and leek salad mikado. 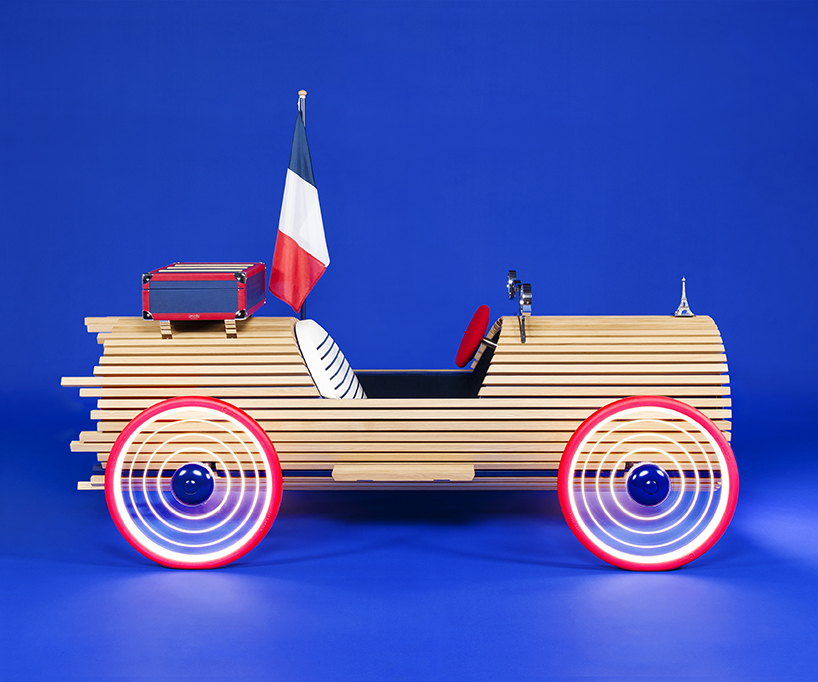 the patriotic frenchman’s dream car, the VF 5.5 made by transformeurs&partenaires
image © renault/5.5 designstudio 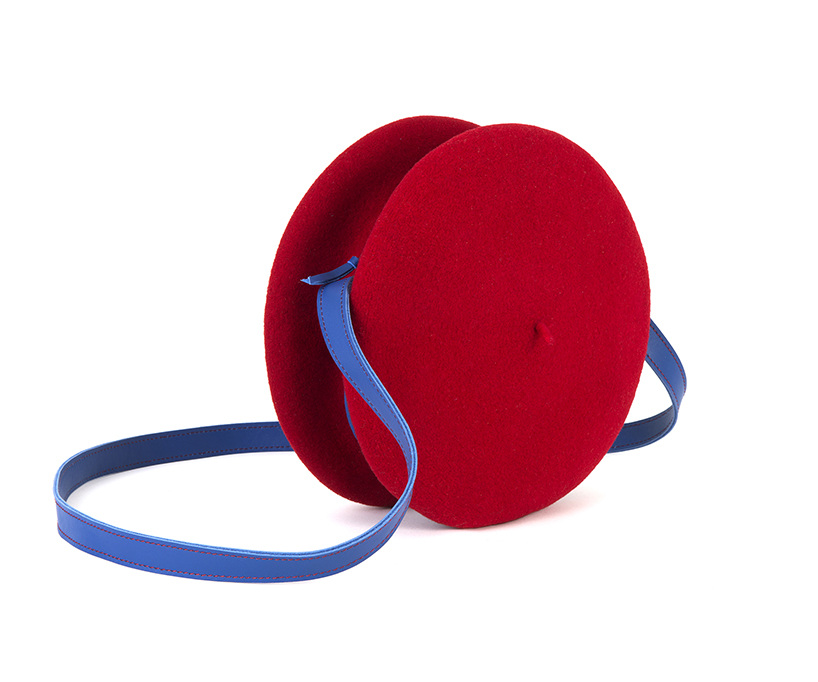 the ‘IT-beret’, a symbol deeply embedded into the country’s culture
image © 5.5 designstudio/c.clier

a little bit ridiculous, but a chic and timeless piece, the beret has been transformed into an ‘IT’ fashion accessory. made by laulhère, a company that has produced 100% french berets with artisanal tradition and quality for more than 170 years. 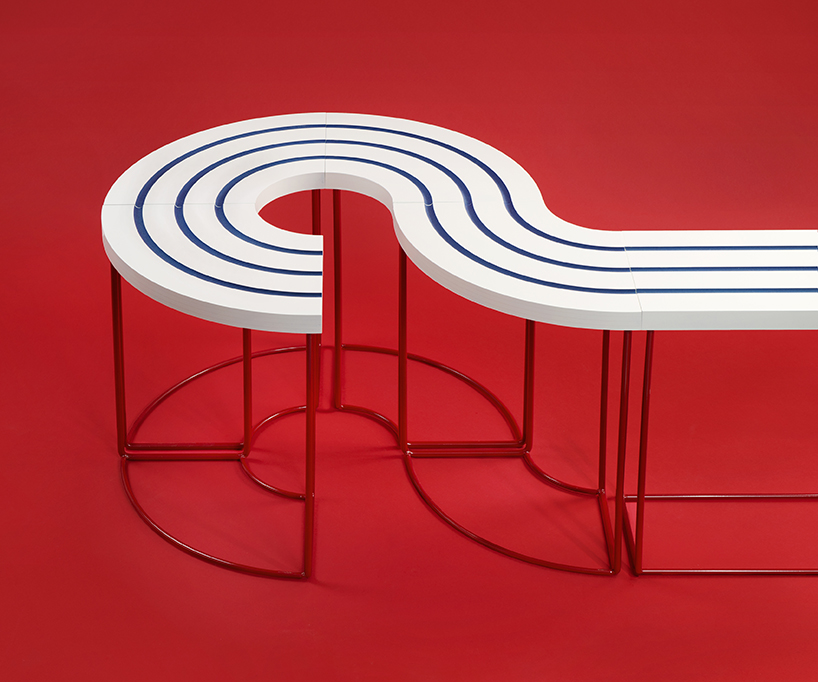 the race strip refers to the indigo-blue-and-white striped knitted shirt that was originally part of the uniform for french navy seamen. the ‘marinière’, has gradually gained an important place in the fashion world, this reinterpretation consists of small modular tables, reminiscent of the grooves of a slot car race track. 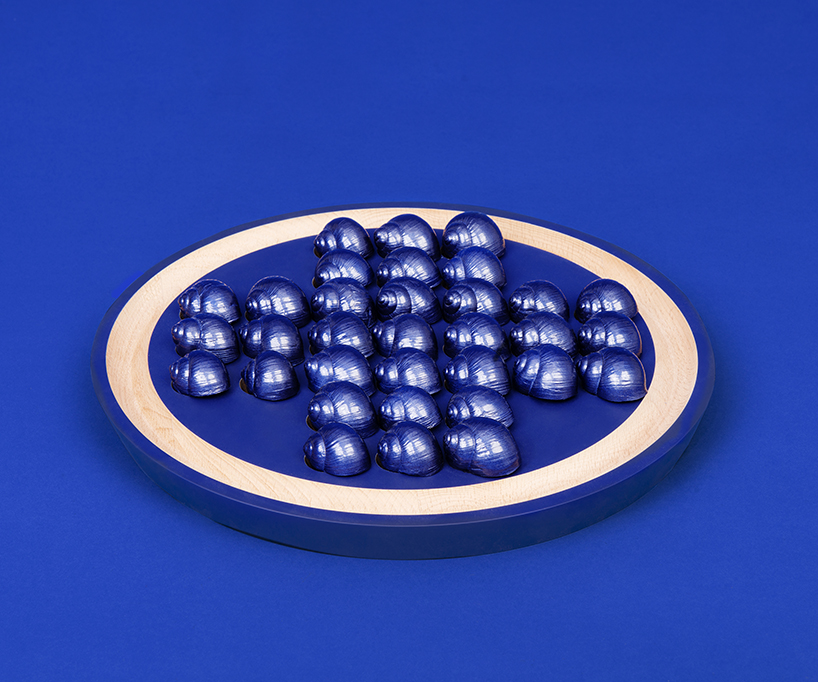 ‘solo race’, escargots have graced the tables of nobility since the middle ages
image © 5.5 designstudio/c.clier

today, this recipe with parsley butter is part of france’s culinary tradition. resembling the plate on which they are normally served, 5.5 decided to cook them up in a different way, with the snail shells lacquered in automotive paint. 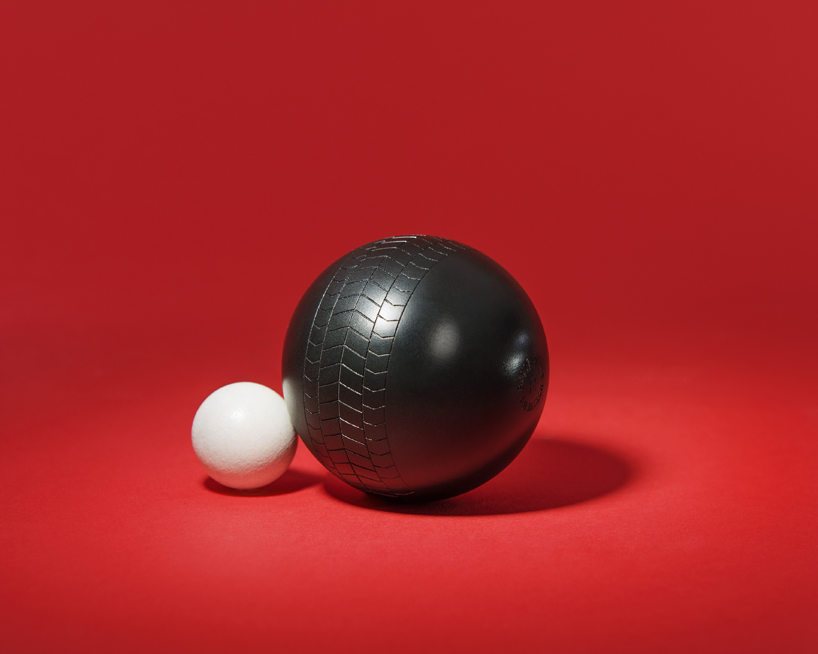 experienced during the renaissance, the name comes from the provençal pè, ‘foot’, and tanca, ‘stake’, signifying playing with your feet on the ground. in 1904, a félix rofritsch began manufacturing the first wooden boules studded with nails ‘la boule bleue’. 5.5 collaborated with them to create ones that leave tyre tread marks as they roll toward the cochonnet, or jack. 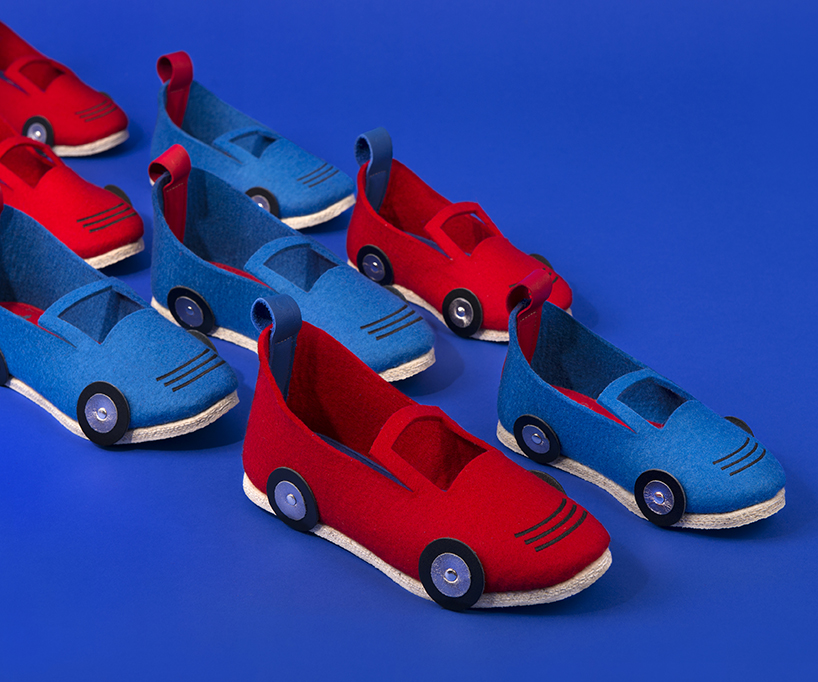 the ‘carentaise’, a celebrated slipper made in the 17th century
image © 5.5 designstudio/c.clier

originally made from from scraps of the felt used in the manufacturing of military uniforms, they become known as ‘charentaises’ to identify with the charente region. based on the racing-car shape, 5.5 decided to turn the footwear into speedsters. the design was created with la charentaise tcha, a manufacturer of charentaise. 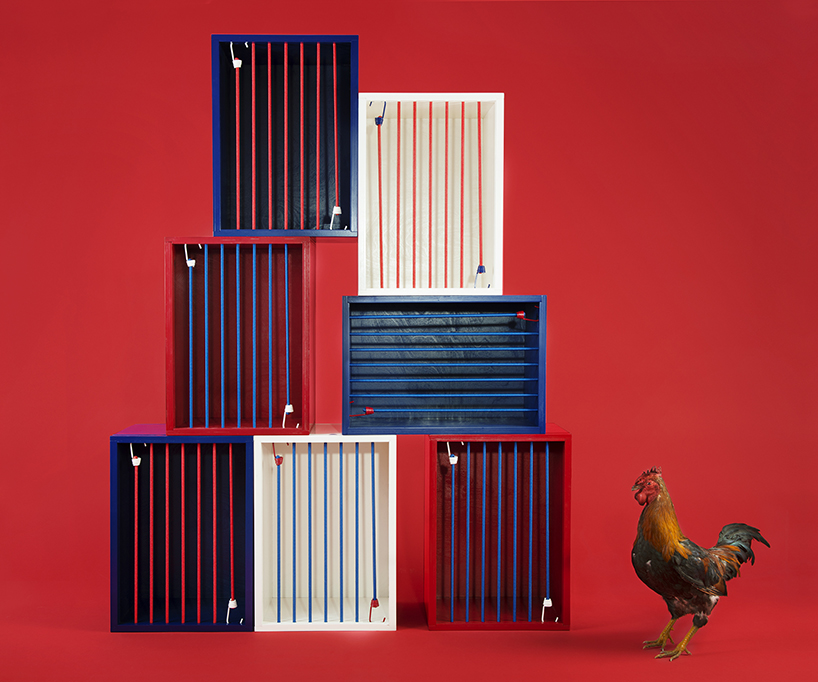 the gallic rooster is often considered a national symbol – the cages were influenced by the front grilles of cars, they can be easily stacked to form storage units and feature elastic band dividers. 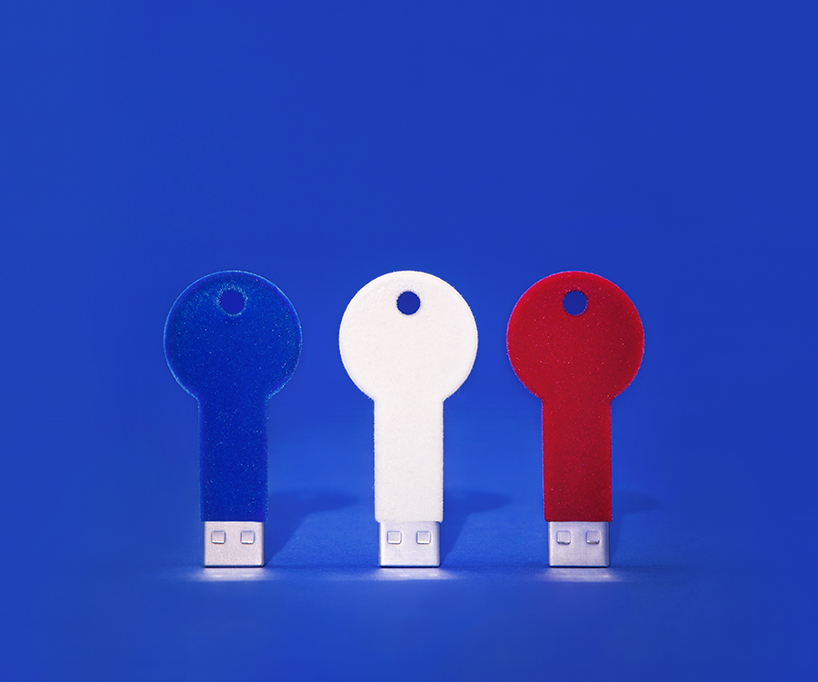 ‘frankey’ USB’s are based on france’s tricolour flag of bleu, blanc and rouge
image © 5.5 designstudio/c.clier 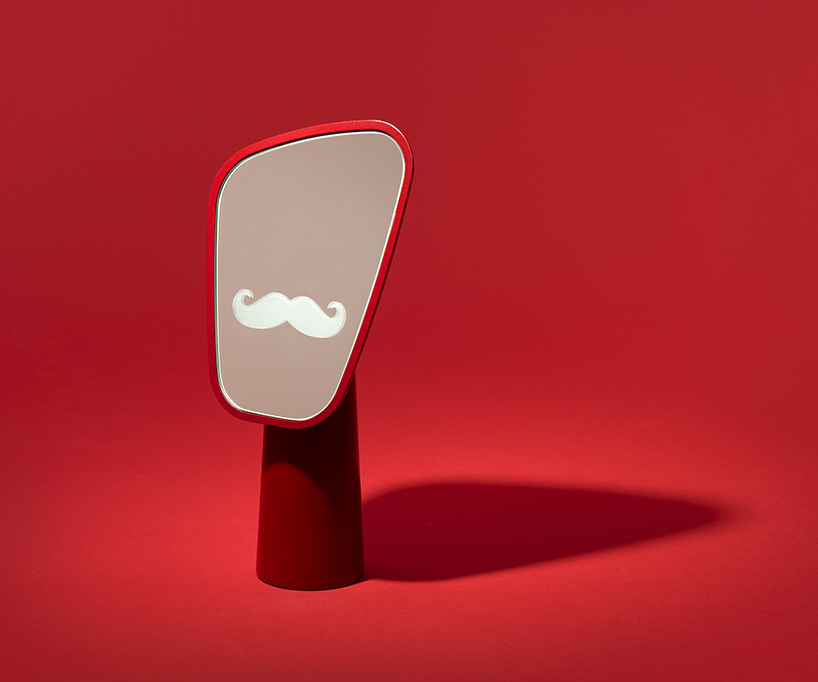 there are many clichés about france and the mustache is one of the strongest. based on a car’s side-view mirror, the looking glass will put both a mustache and a smile on your face. 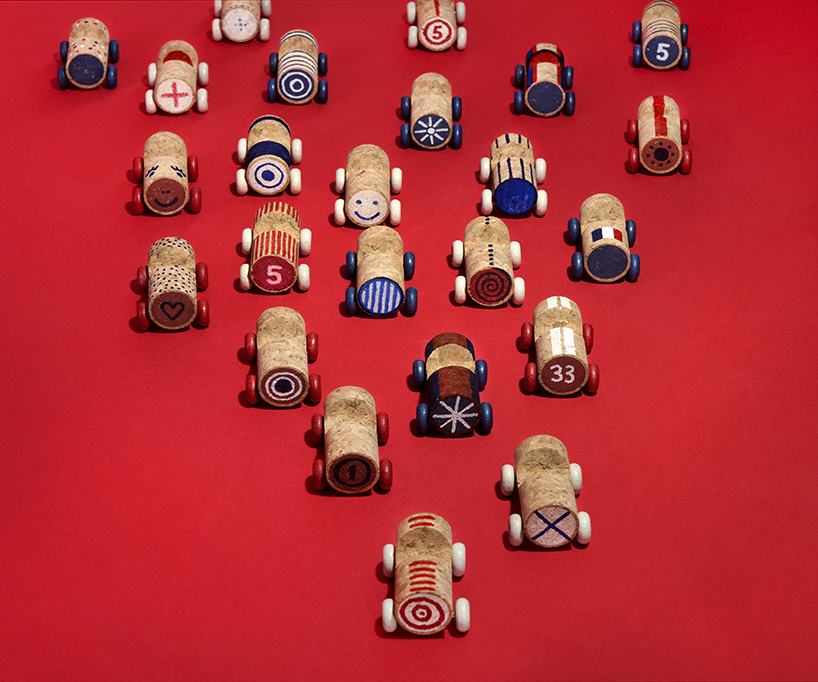 in reference to french wine, 5.5 has turned the traditional cylindrical solid-cork stopper into a miniature car, customizable with felt pens. 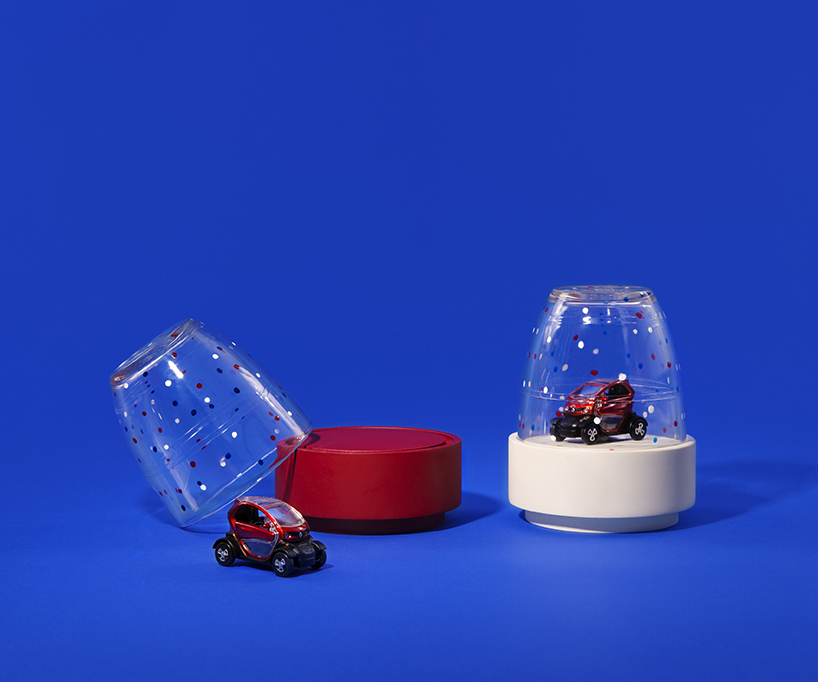 duralex glass follows the latin expression ‘dura lex’, sed lex’, meaning ‘the law is tough, but it is the law’. the name references the quality of this quasi-unbreakable glass. since its launch in 1946, the glass is engraved in the collective memory of french youth. sitting upside down on a turned wood stand, the small glass dome becomes a display for collectibles. 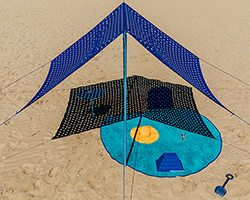 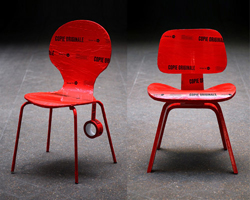 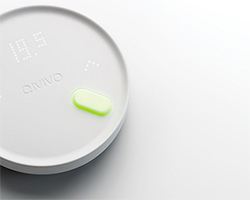 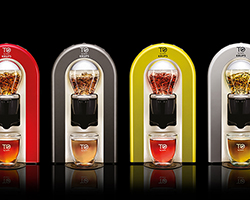 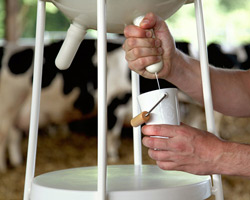 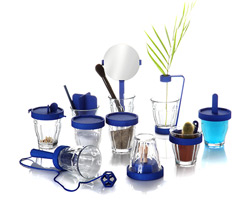