the A’ design award has announced the results of the 2014 – 2015 design competition. this edition has seen 836 winners from 83 countries in 89 different design disciplines. given the number of participating countries and competition categories, the A’ design award marks the worlds’ largest design accolade that brings together designers, architects, artists, brands and companies from across the globe under the same roof.

2014-2015 A’ design award winners will get their award winning work physically exhibited in ireland — the world design hub 2015 — italy and holland. the A’ design award and competitions’ gala-night and award ceremony will be held in lake como, italy, which will bring together leading figures in the design industry, press, and companies together. in parallel to milan design week, the A’ design awards present am exhibition at MOOD – museum of outstanding design ex chiesa di san francesco, como, italy, opening to public on april 18th, 2015.

designboom brings you some of the 2014-2015 winners, giving you an overview of the diverse products and structures put forth this year. design enthusiasts worldwide are invited to discover the full online gallery of winners, which features all top designs from the 2014 – 2015 competition, previously awarded works from past years, and interviews with the winning designers.

while the 2014 – 2015 edition is over, entries to the 2016 competition is now open. interested designers, artists, architects and companies should register and submit their works and learn more about the evaluation criteria, key dates, list of jury members, entry forms and presentation guidelines. 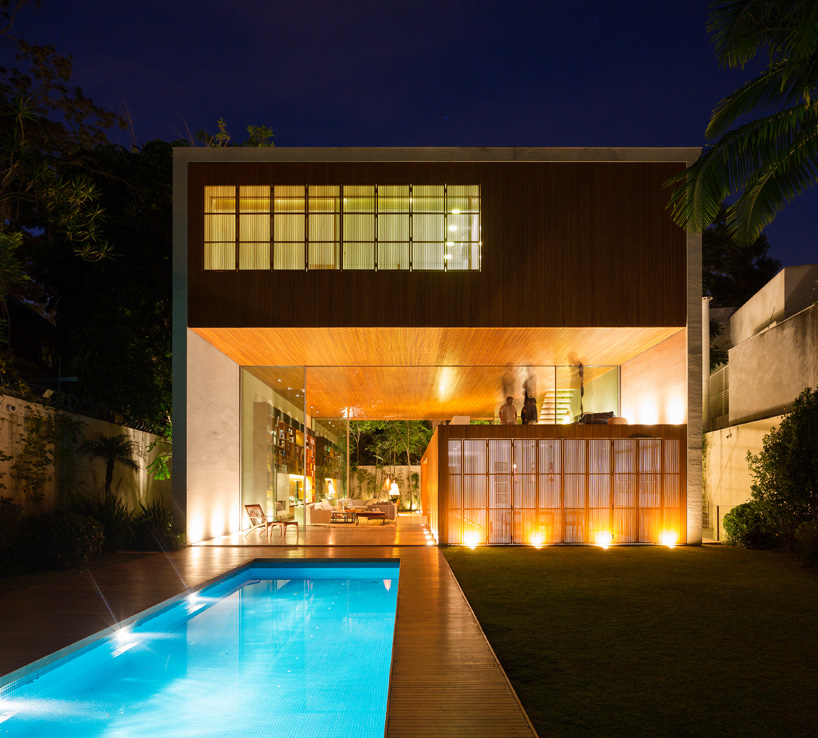 studiomk27’s ‘tetris’ house is configured as a wooden volume which is built entirely around the living room. the long and straight lot traces a longitudinal implantation so that this central space benefits from cross-ventilation to the gardens. 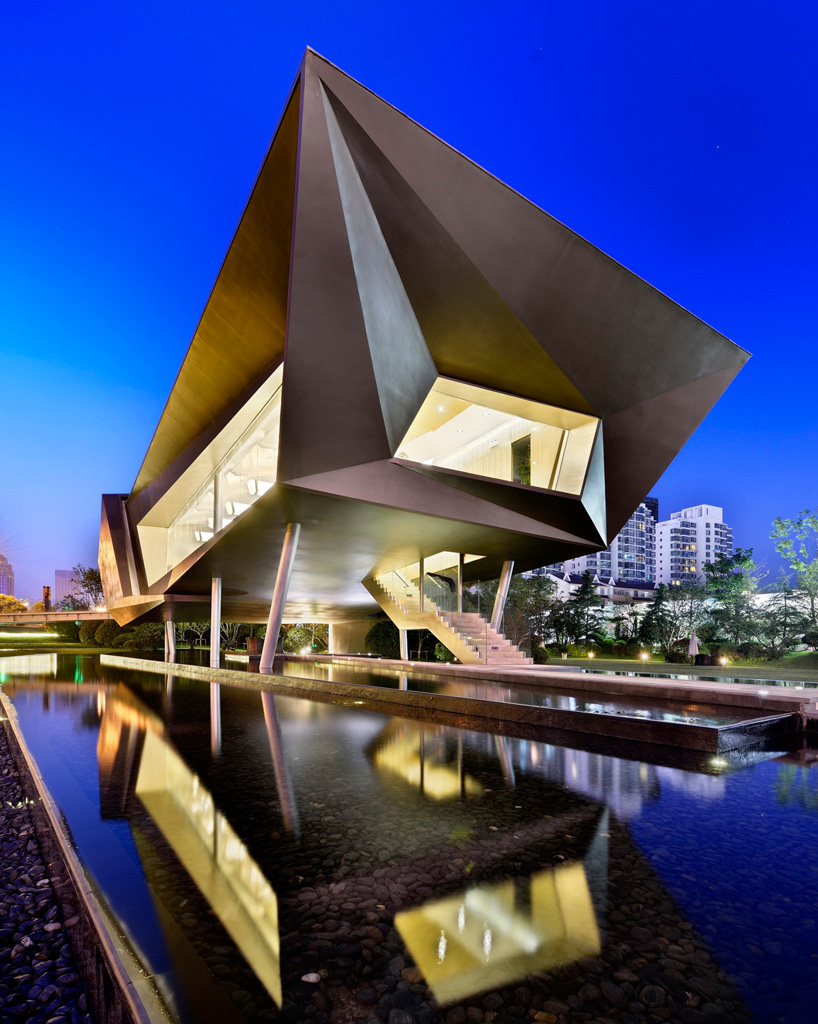 the ‘city crossing sales office’ by kris lin brings together architecture, interior design and landscape. the volume is formed from a light, steel structure, elevated above the ground as if it is floating above its natural environment. 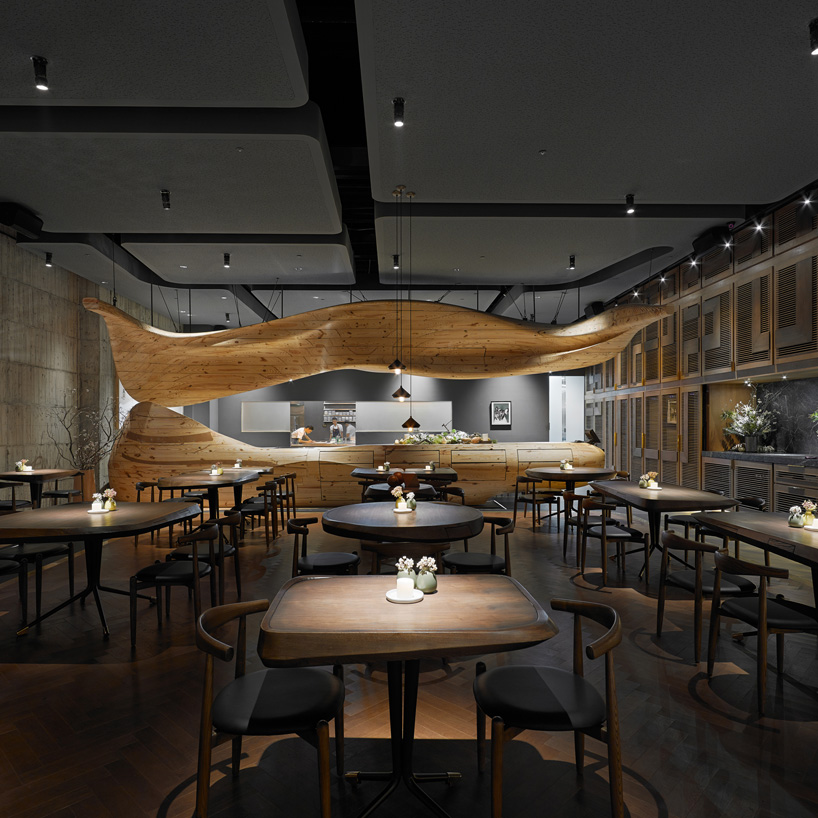 the ‘raw restaurant’ by weijenberg pte ltd. in taipei, organizes space and function without any distinctive divisions. the interior is characterized by a wooden structure that runs throughout the space, which does not have any obvious columns and structural elements holding it up, making it visually seamless. 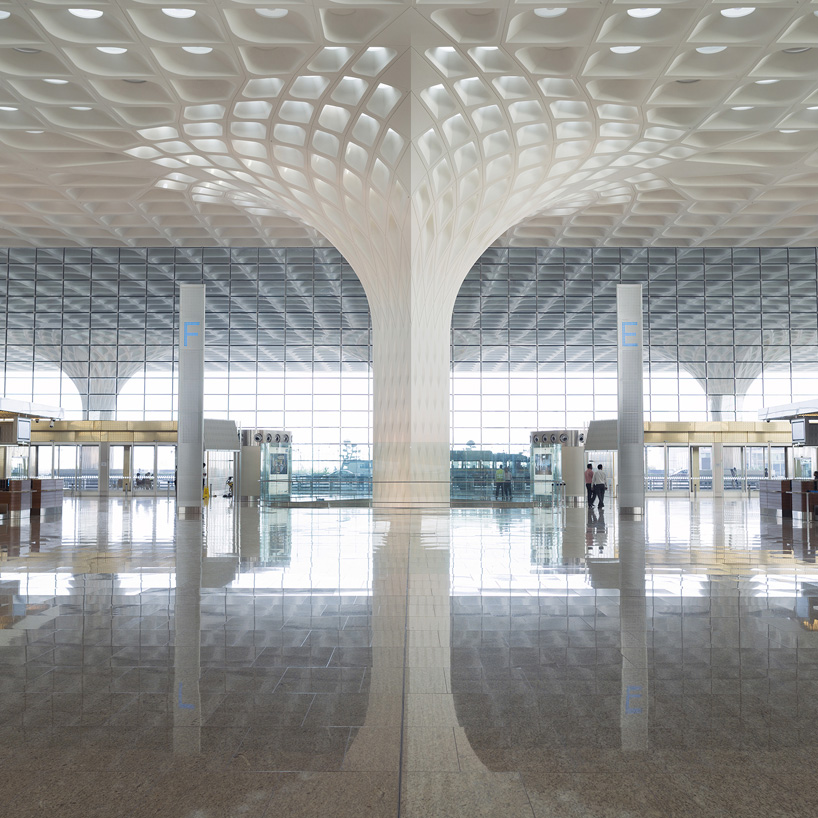 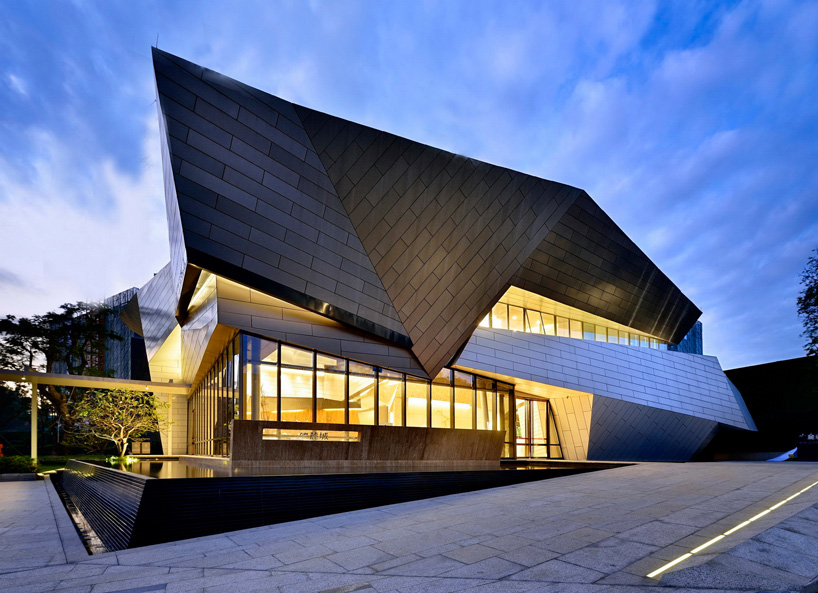 the ‘tai chi’ sales centre by kris lin features a façade design that is divided into two blocks with one rendered in a dark color, and the other in a light color. this visual differentiation is meant to stand as the two elements of ‘yin’ and ‘yang’. in its entirety, the building is sculptural in form, expressing clean lines, with a strong three-dimensional presence. 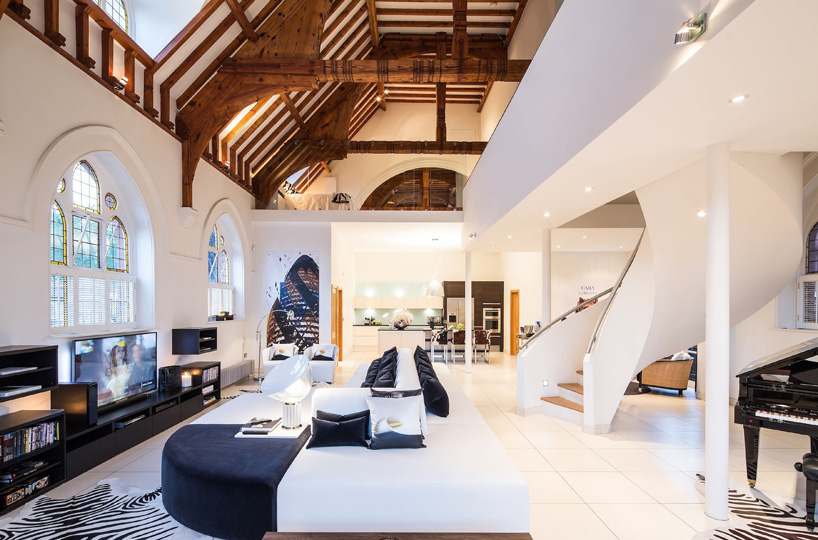 ‘church conversion ID residential house’ by gianna camilotti sees the creative converting a 1890’s church into a home and office for herself. the open white space which still retains much of the structure’s original architectural details, including stained glass windows and lofty ceilings, accommodates a working station/dining room, a grand piano, small and large living areas and a kitchen. 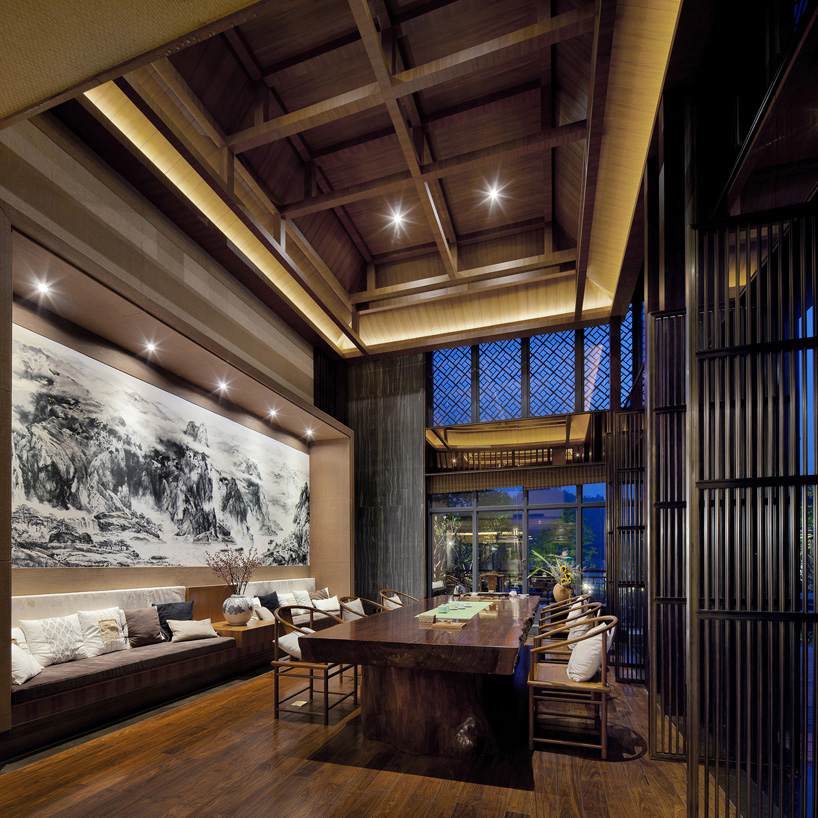 building upon the ancient principles of chinese culture, the zi garden/tangquan tea club by raynon chiu uses traditional chinese materials and ancient architecture styles to create a space that interacts with the exterior and interior. rough green slate and natural wood floors form a direct relationship to the exterior surroundings and create an environment of relaxation and simplicity. the space includes three separate tearooms, a library and a lake that can be viewed from all rooms. 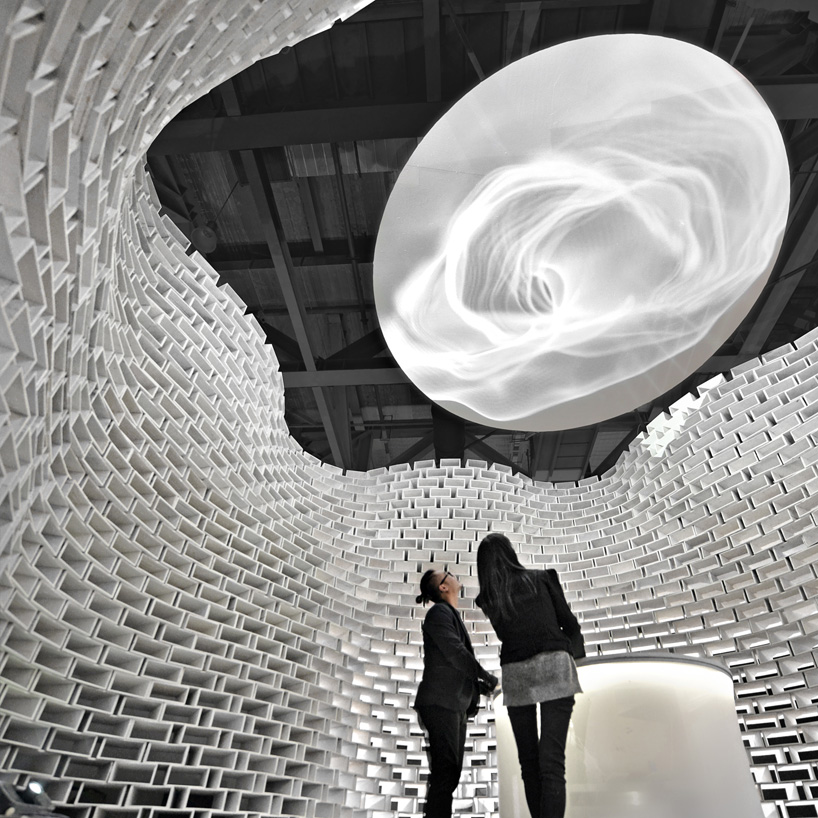 the exhibition hall by P+one is informed by the moment of blossom for a flower. the wall of space is made of 2000 reclaimed wood hollow rectangle boxes combining traditional architecture craft techniques and parameterization variation calculations. a large circular screen is suspended above the middle of space, playing video and music in a continuous loop. 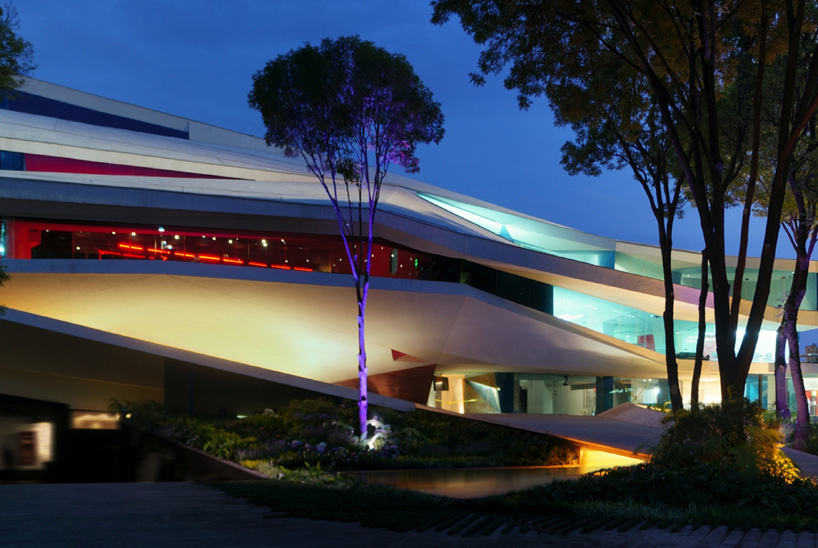 drawing reference from the movement of a conductor’s baton, the design of ‘centro cultural roberto cantoral concert hall’ is composed of five concrete roofs moving up and down in harmony to give shape, space and light to the project overall. each roof represents a staff’s line — straight, constant and parallel.  outside, the white concrete façade symbolizes the purity and originality of the mexican music, while the red interior represents the passion of the composers. 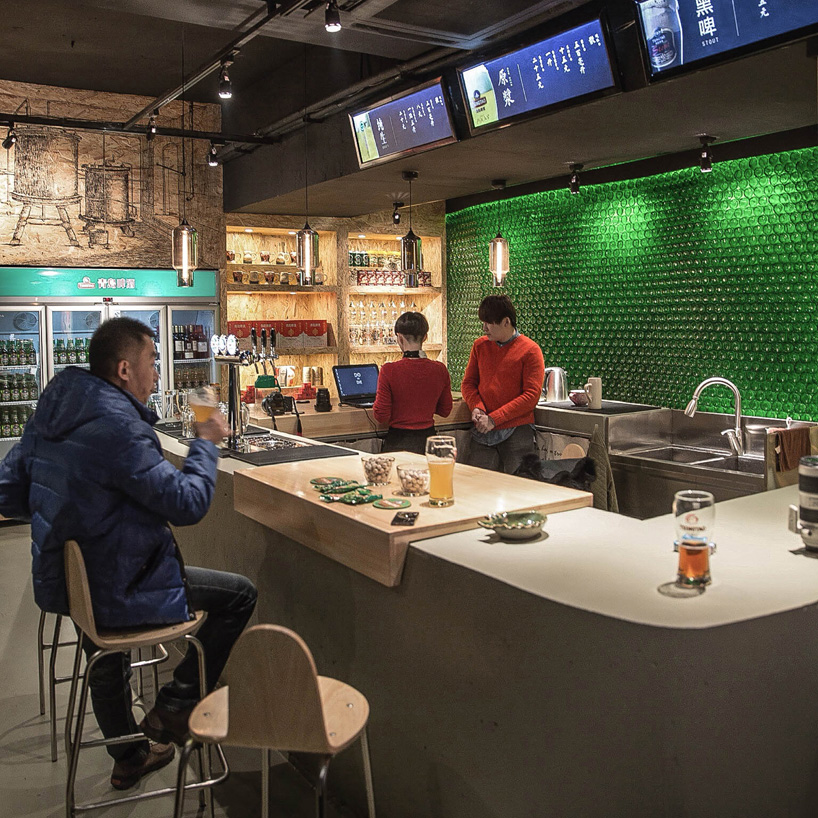 tsingtao beer has a more than 100 year history — designer wangtao has conceived a more youthful, greener, cooler and friendlier warehouse bar that communicates the brand’s new positioning with customers. 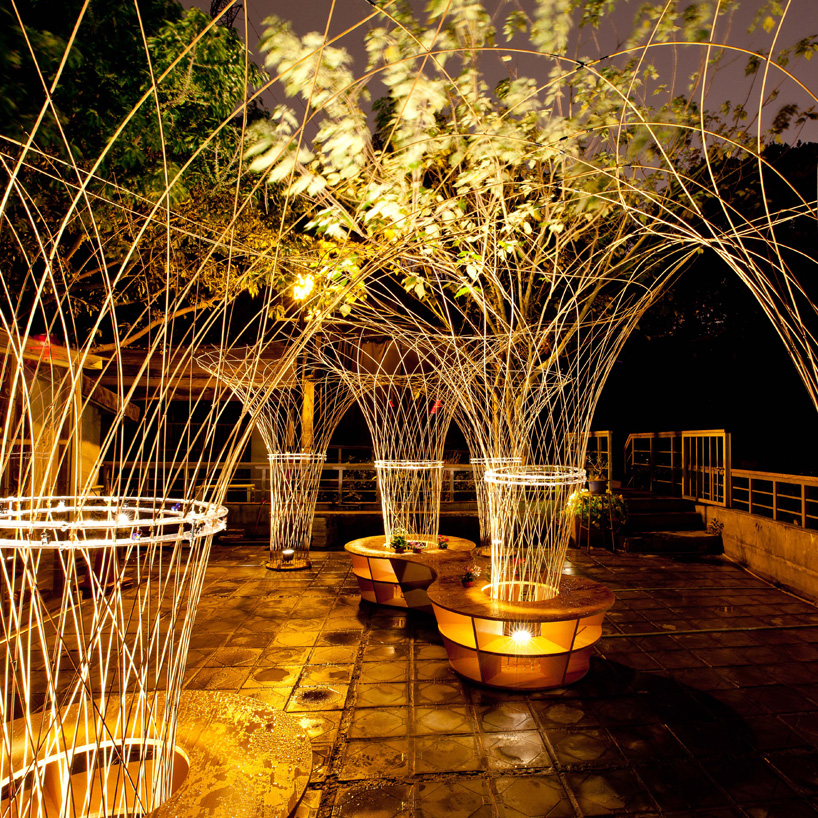 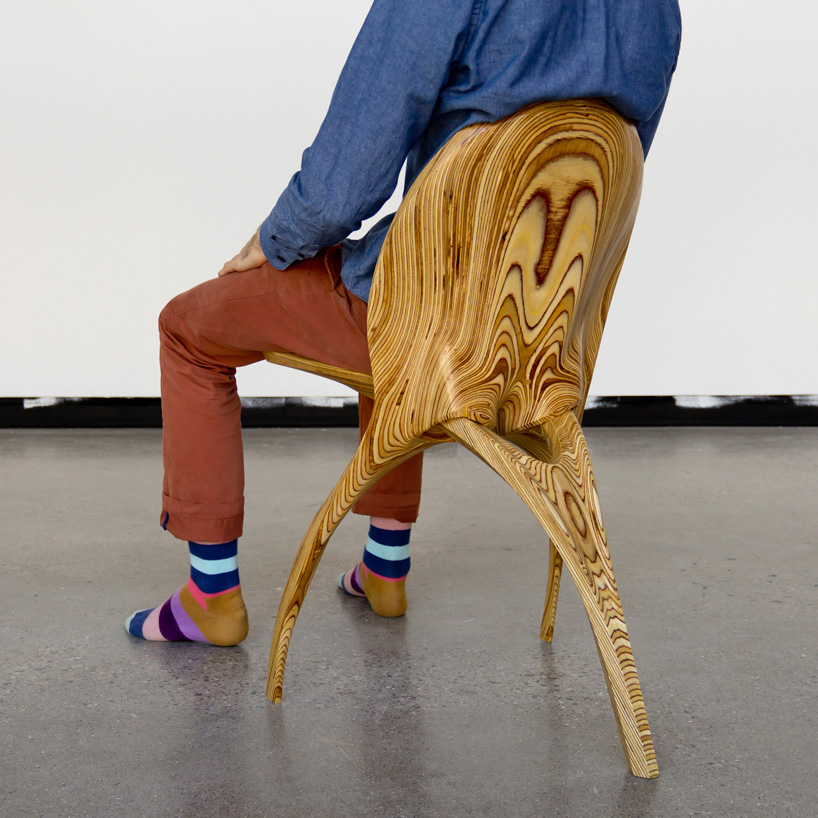 the ‘stratum folding chair’ by ammar kalo was born out of the desire to create a piece of furniture that expresses its function and material in an organic way, while taking advantage of CNC milling and fabrication technologies. the swiveling action of the wooden chair reduces its volume by half, making it easy to ship. 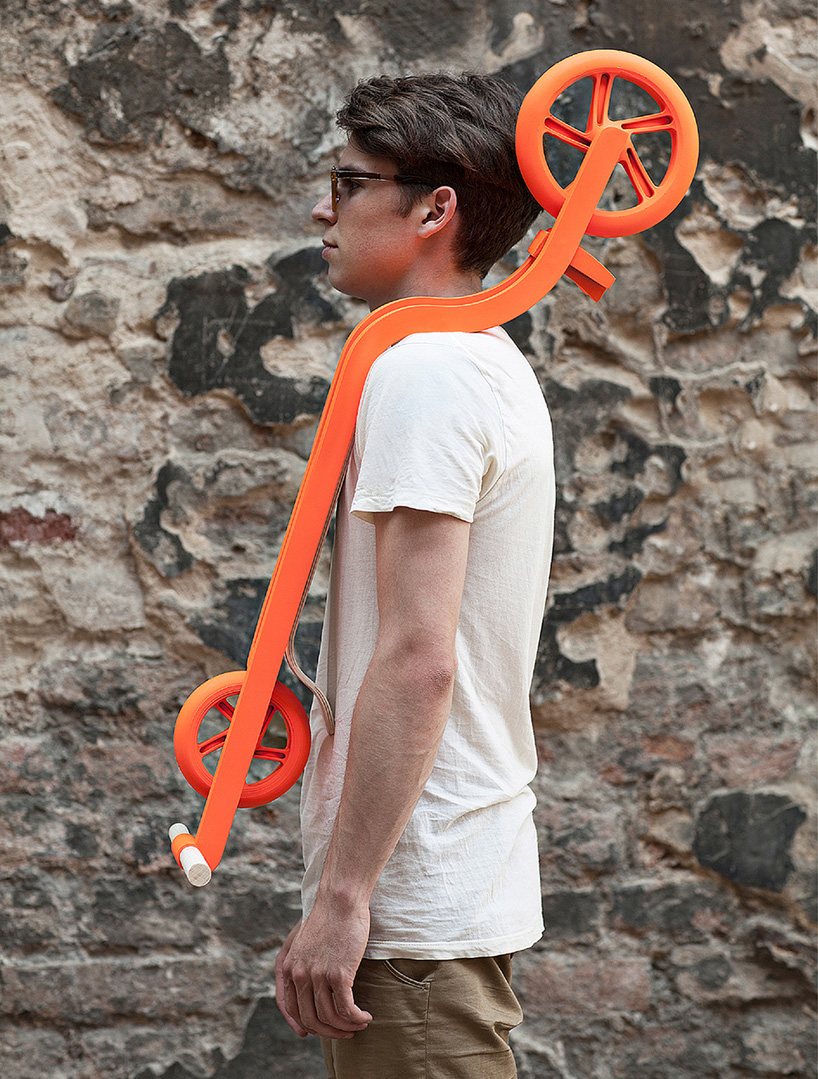 designer ignas survila has designed a compact and lightweight two-wheeler that collapses in half with the push of the foot. the neon-colored ‘pigeon’ kickscooter also features handlebars that fold for a streamline effect, effectively making it easy to carry on your shoulder thanks to its ergonomic slope-silhouette. 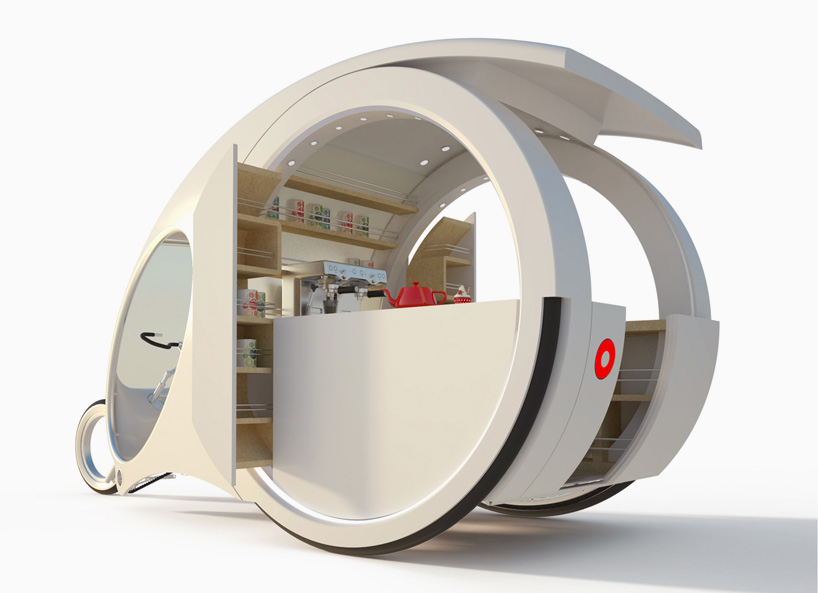 ‘bike break’ is a human-powered mobile kiosk, meant to respond to sustainable transportation requirements. the moving unit has been projected to combine necessity, tradition and innovation, in order to connect urban cycling with work.